When thinking of superheroes your brain doesn’t immediately jump to stage performances, but believe it or not, there have been several productions that focus on known comic book characters.  In the next installment of my monthly column examining this oft forgotten medium, I will cover just a few of the best-known stage versions that jump straight from the pages of comic books and superhero movies. 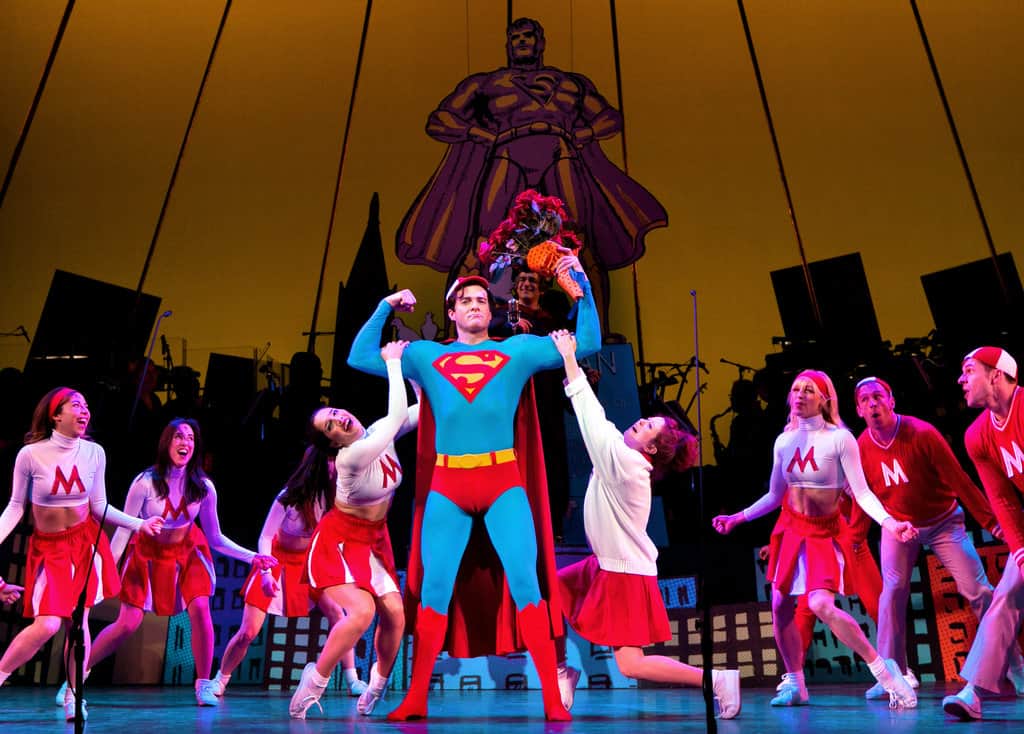 It’s a Bird, It’s a Plane, It’s Superman! (1966): The oldest of the productions being discussed.  Superman must battle mad scientist Max Mencken, a ten times Nobel Prize loser who wants to take revenge on the scientific community by destroying the symbol of everything good, Superman!  In addition to saving the world, Superman a.k.a Clark Kent must contend with his unreciprocated feeling from Lois Lane, who is only interested in Superman, without knowing that the two are the same person.  The music is a product of the time it was written.  Composed by Charles Strouse, best known for Bye Bye Birdie and Annie.  The original Broadway production cost an unprecedented $600000 but closed after only three and a half months, making git the biggest Broadway flop at the time. Even with that, the several of the shows actors were nominated for Tony Awards, and the song “You’ve Got Possibilities”, originally sung by TV star Linda Lavin, gained some popularity as a nightclub and cabaret standard.

In 1975, a TV special was made, but shortened the show, cut several numbers, and changed the script quite a bit.  There have been a few revivals including a 2007 concert in Los Angeles staring Cheyenne Jackson as Superman. In 2013 a revised concept version premiered New York City Center’s Encores! with a new book written by comic book writer Roberto Aguirre-Sacasa with new some songs cut and new songs commissioned.  The show, in all of its versions is lighthearted corny fun with some catchy 1960s styled songs.

Video of Oh How I wish I weren’t in Love with Superman, sung by Zakiya Young from the new concept production.

The Scarlet Pimpernel (1992): I list 1992 as the date for this musical, as that is when I first fell in love with the music when I heard the concept album that featured Linda Eder and Chuck Wagner as the leads. The original Broadway production did not open until 1997. Music and lyrics by Frank Wildhorn and book by Nan Knighton and is based on one of the oldest of the modern masked vigilante superheroes we know.  The Scarlet Pimpernel was written by Baroness Orczy and was set during the “Reign of Terror” during the French Revolution.  The character is a swashbuckling hero akin to Zorro.  The musical is lavish and full of wonderful songs that have a classical but modern flare.  The show ran for three years and was nominated for several awards including many Tonys.

To my own disappointment, I have never seen this show live.  I have seen several videos from different productions, and there are several songs that I have in my playlist.  A few of my favorites are, “A Falcon in the Dive”, “Madam Guillotine”, and the hauntingly beautiful “Marguerite” which I believe was cut from the show but is on the concept album.

Video of “Falcon in the Dive” from the Gateway Playhouse 2001: 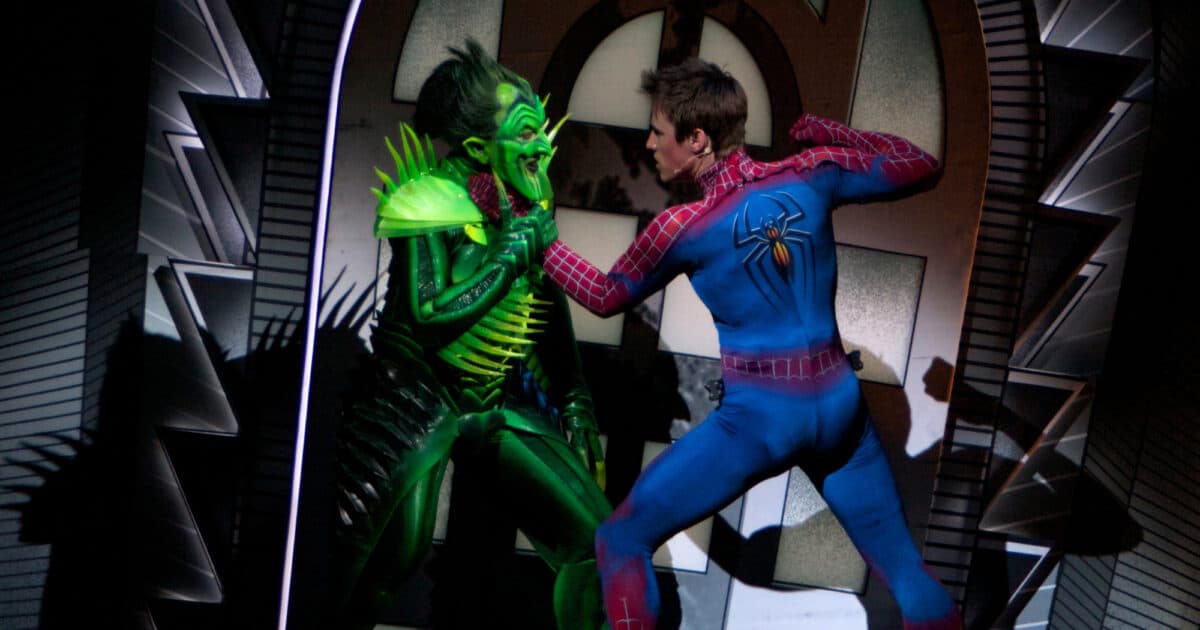 Spiderman: Turn off the Dark (2010)- Probably the most ambitious of all the Superhero musicals ever created, and with that, probably one of the biggest disappointments.  The history of the show is a tangled web, pun intended.  Julie Taymor, famous for her staging of Disney’s The Lion King, wrote the first version with music by Bono and The Edge of the rock band U2.  The story is taken from both Sam Raimi’s Spider-Man movies and the Greek myth of Arachne. There were several technical issues, and many actors were injured during previews, so the show was put on hiatus and retooled.  Once again, Roberto Aguirre-Sacasa was brought in to retool the story, uniquely qualified as a long time Spider-Man comic book writer and playwright.  The show became the most expensive Broadway production, costing $75 million, but only made $3 million when it closed in 2012.  The show is visually stunning and beautifully staged, with areal acrobatics and beautifully choreographed web slinging.

The music is not your typical Broadway fare but with a more modern rock beat, which I absolutely love.  Having only seen videos of the revised production, my initial take is that the show is fun with great music and an interesting story, but it may have relied too much on the special visuals and wire work.

Highlights video of Spiderman: Turn off the Dark: