The Adam Project: A Good Movie That Should Have Been A Great TV Series 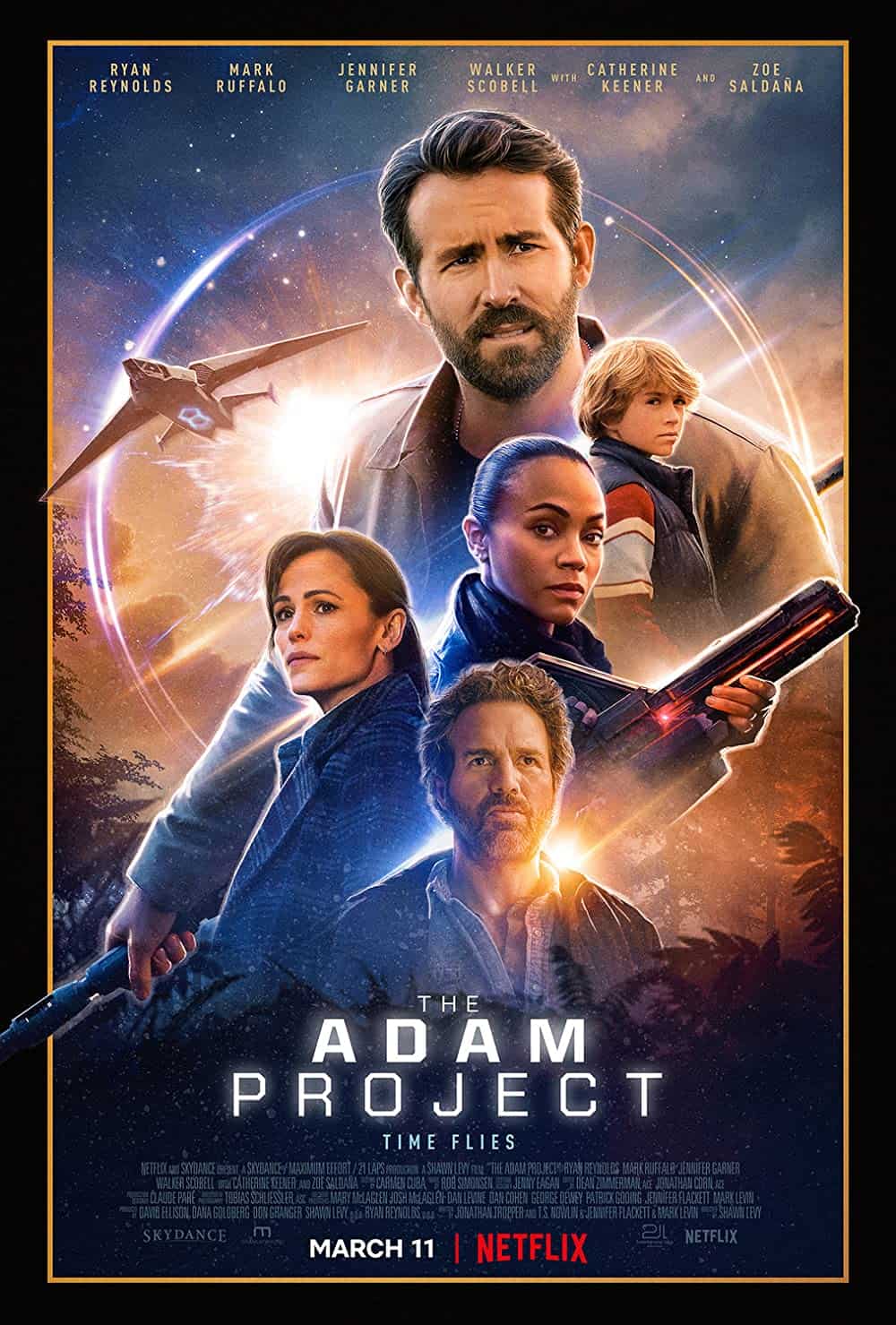 After accidentally crash-landing in 2022, time-traveling fighter pilot Adam Reed teams up with his 12-year-old self on a mission to save the future.

Much like Free Guy, The Adam Project is a film that stars Ryan Reynolds that almost seems to have flown under the radar for the most part until it got closer to the release date. Being a casual Ryan Reynolds fan, I was surprised that this happened again, given how highly successful he has been, including such a star-studded cast in this movie as Zoe Saldana, Jennifer Garner, Mark Ruffalo, and Catherine Keener. The first time I watched the trailer for the movie, I was captured immediately because of the plot, visual effects, and action. A movie that revolves around a character from the future that time travels to the past to save its future isn’t a new story (in fact, Reynolds did this in Deadpool 2), but it was still a fascinating trailer to watch in the hopes that it may be a different, or at least better, story that’s being told.

After watching the movie today, the best way I can describe it is that it’s a good movie that should have been a fantastic TV series.

Overall, this is a great, heartfelt story. Being a father, I absolutely love the aspect of a son who lost his father at a young age and going back in time to give each other another chance to make things right and to ensure that nothing loving was left unsaid. A sci-fi movie that is centered around an emotional human story about familial love and hope for humanity, you’d have to try really hard to screw this kind of story up. The problem though is that there wasn’t enough time to give the audience a chance to be immersed in the life and world of the protagonist, Adam Reed (Ryan Reynolds as Big Adam, Walker Scobell as Young Adam). Even from the beginning of the film, it jumped right into Big Adam traveling back in time, running into his younger self and him figuring out who he was almost instantaneously, then they moved on to the next stage of his plans. We get glimpses of how young Adam is struggling with losing his dad and acting out at school, which results in his mother (Jennifer Garner) trying to hold herself together in front of him and being the root of some of their struggles in their relationship, but the scene was brief. Similar to the relationship with Big Adam and Laura (Zoe Saldana), we see that they’re married and obviously in love with each other, but most of these facts about the story and characters are either rushed or assumed, which makes me believe that if they made this a TV series, they would have had ample time to draw out the story in a more meaningful way that would allow the audience to connect with the characters on a deeper level.

The acting in the film is superb, even in light of a couple of cheesy lines (Ruffalo’s character making a comment about being “throughout all time” in a time-travel movie was a little over the top, and of course, they included a famous line from the Deadpool movie). When you have such a talented cast like this, the only way they can ruin the movie is if they were intentionally wanting to ruin it, and that is not what we got here. Scobell does a great job playing a younger version of a Reynolds personality that it’s believable that they are the same person. Reynolds and Saldana’s chemistry as a romantic couple was brief but amazing and it made me wish I saw more of them on screen together. Ruffalo and Garner’s portrayal of a married couple and parents was almost like a callback to what we could see in a 13 Going On 30 sequel. Garner does a great job portraying a mother who is holding it together for her son and trying to raise him right by being firm while being vulnerable at the same time when her son is not looking. Ruffalo is no stranger to playing a scientist on the big screen, but I love that his character here is a unique portrayal of a scientist and not just another version of Bruce Banner. And I haven’t seen Keener as a villain, but she plays a very compelling one here. 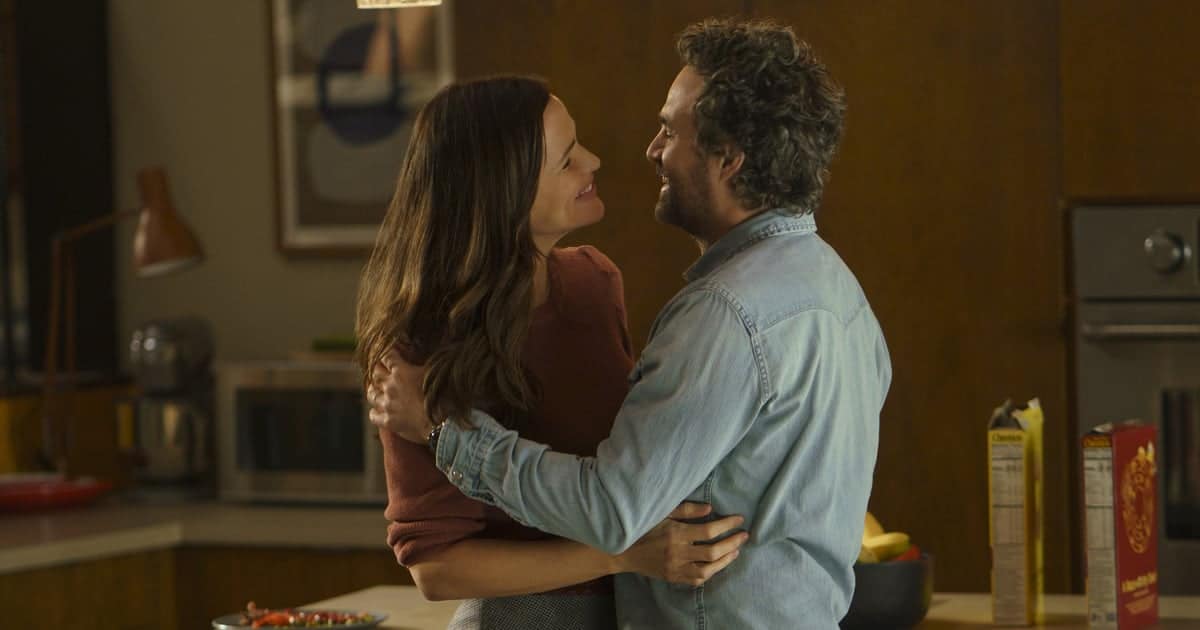 The production of the movie was done very well. It was really amazing how they made futuristic technology appear so real from the invisibility cloaking effect of their uniforms (at least I think it was invisibility? It could have been proximity transportation) to the ships that they flew and the bo staff weapon that Young Adam calls a “lightsaber” were all so very realistic that the department should be very proud of their work here. The music to the movie added to the emotion and audio cues of the story but in a most subtle way that if you were to play the music again, I probably couldn’t recognize it. This isn’t a bad thing though – sometimes the best score is the one that uplifts you when you need it when you don’t even realize it, and that’s real talent in a lot of cases.

I’m also curious to know if this was always intended to be shown exclusively on Netflix or if they had plans to show this on a larger platform in the movie theaters. There were some scenes that seem like they were designed to be an intense moment like what you experience in a horror movie but because I watched it on my own TV, I think the environment wasn’t right for them to replicate that. So if that’s the case, it may be an issue of circumstance, but if they truly edited the movie thinking that this would work on a household TV, then they missed the mark significantly. 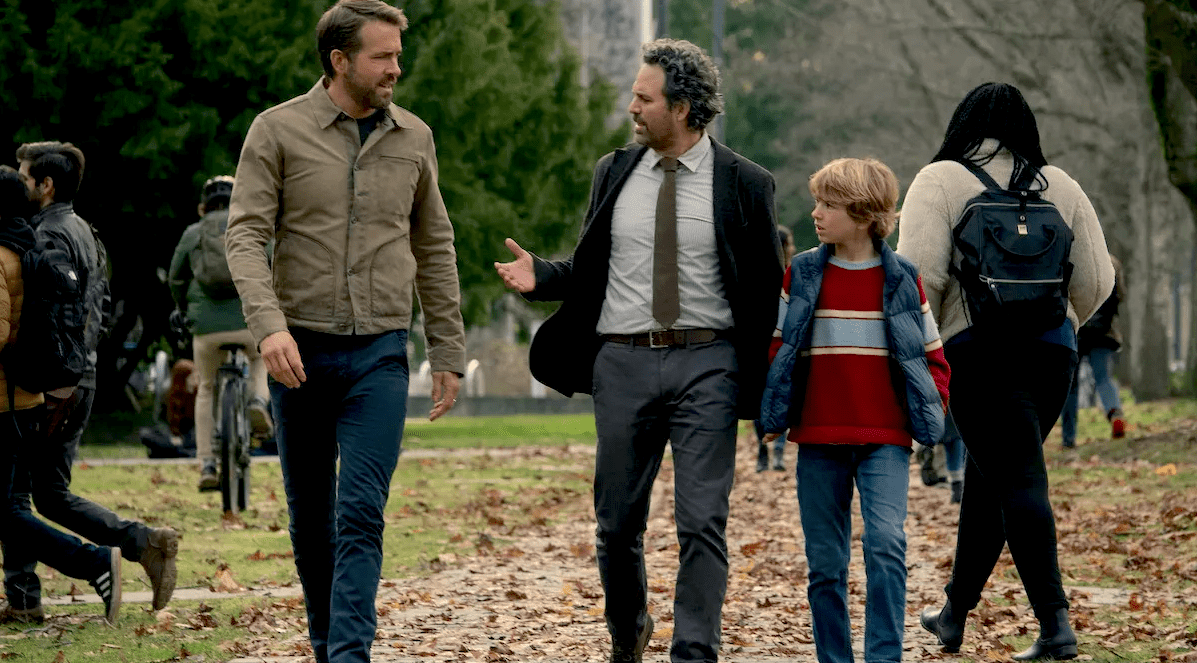 Overall, this was a great attempt at a sci-fi movie, but because the story was mostly surface level at best, it would have been a better TV series where they can dive deeper into the stories and relationships of the characters. That said, this is definitely worth watching at least once, and the work here is still very well done by all parties involved.

The Adam Project: A Good Movie That Should Have Been A Great TV Series