The Addams Family 2: Come to the Dark Side….We Have Cookies! 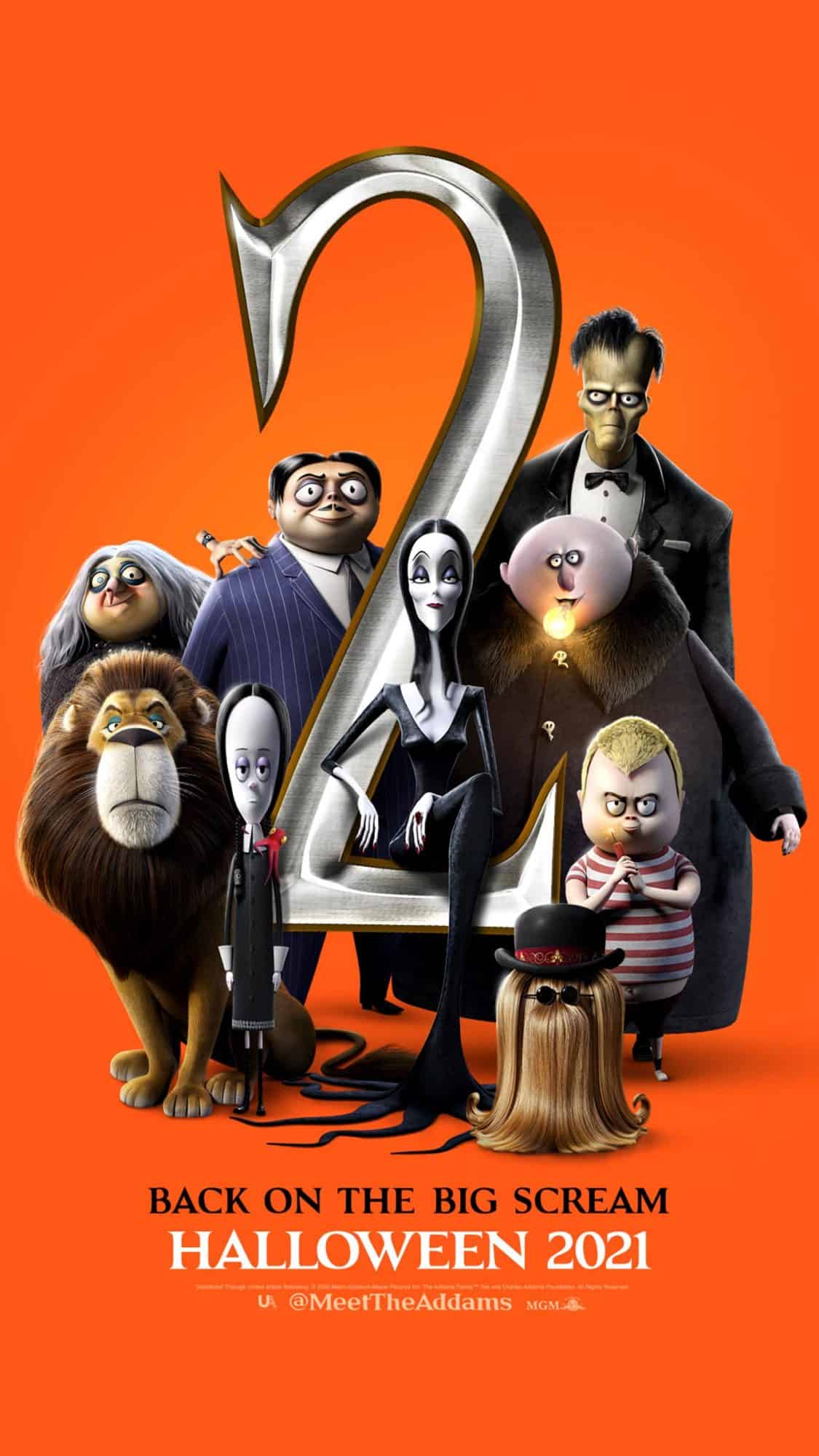 Gomez Addams takes his eccentric family on a family vacation across America in an attempt to connect with his daughter Wednesday who feels like she doesn't belong.

The plot is pretty simple.  Wednesday (Chloë Grace Moretz) is a scientific genius and feels a detachment from her family, feeling like she doesn’t fit in.  Gomez (Oscar Isaac) senses this and tries a bit too hard to connect with his daughter, driving her further away.  Pugsley (Javon Walton) is starting to take an interest in girls and begins getting tutored on picking up women by his Uncle Fester (Nick Kroll).  Morticia (Charlize Theron) is just trying to guide her family in her own dark ways.  To try to bring the family back together, Gomez decides the family should take a road trip across the country.  The family is pursued by the lawyer and henchmen of Cyrus Strange (Bill Hader) who has an invested interest in Wednesday.  With the help of Kitty Kat, Cousin Itt (Snoop Dogg), Grandmama (Bette Midler) and Lurch (Conrad Vernon) the family attempts to out run and elude Wednesdays fate. 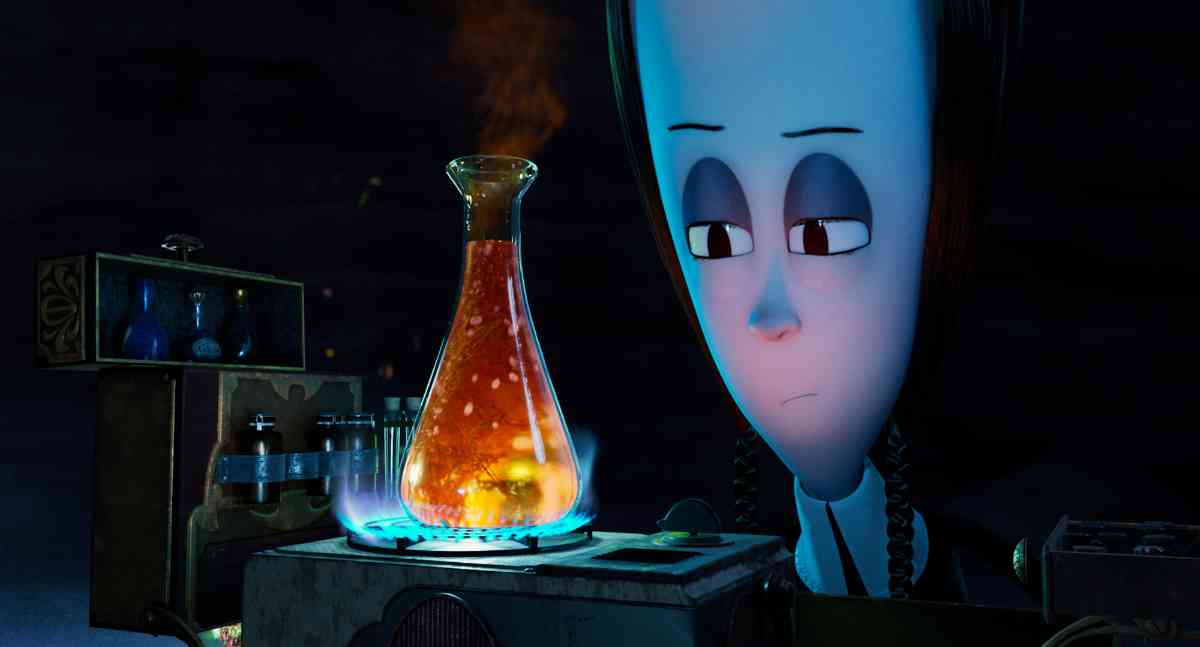 This is a follow up to the 2019 animated film which attempted to introduce a new generation to the dark, creepy, yet comical lives of this eccentric family.  The Addams Family, started off as a 1930s comic strip, drawn by Charles Addams, but made popular by the 1960s television series.  There have been many incarnations to the family, additional television series (including a new series by Tim Burton coming soon to Netflix centering on Wednesday), movies, and even a Broadway musical.  To the outsider, looking in, the family seems crazy and kooky, but to the Addams’, they are the normal ones and everyone else it insane.  The juxtaposition of what is good and evil, normal and abnormal is where most of the humor lies. 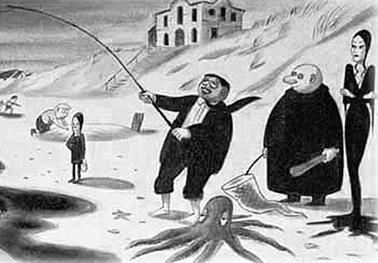 To be honest, I did not even know a sequel was in the works until it was released, so I had no expectation and no preconceived notions of what the story would be, which is usually the best way to go into a movie.  The computer-generated animation is good, with exaggerated body proportions highlighting characters personalities, it draws upon the original comic strip, as apposed to the television series or movies.  The artwork is colorful and bright, which helps to make the dark and drab world of the Addams stand out even more.  The storyline is interesting and flows well but is a bit “all over the map” (pun intended) as the family drives across country, they don’t really stay in any one locale long enough to really explore how the public of each location react to their bizarre world.  There are also several different plotlines going on at once, which all do eventually converge.  The actors are all competent and give some great deliveries and performances.  The movie is geared more towards children, with the bright colors, creative monsters, base humor, and Wednesday dilemma as the focal point of the movie, the film will all resonate with kids more than the adults. 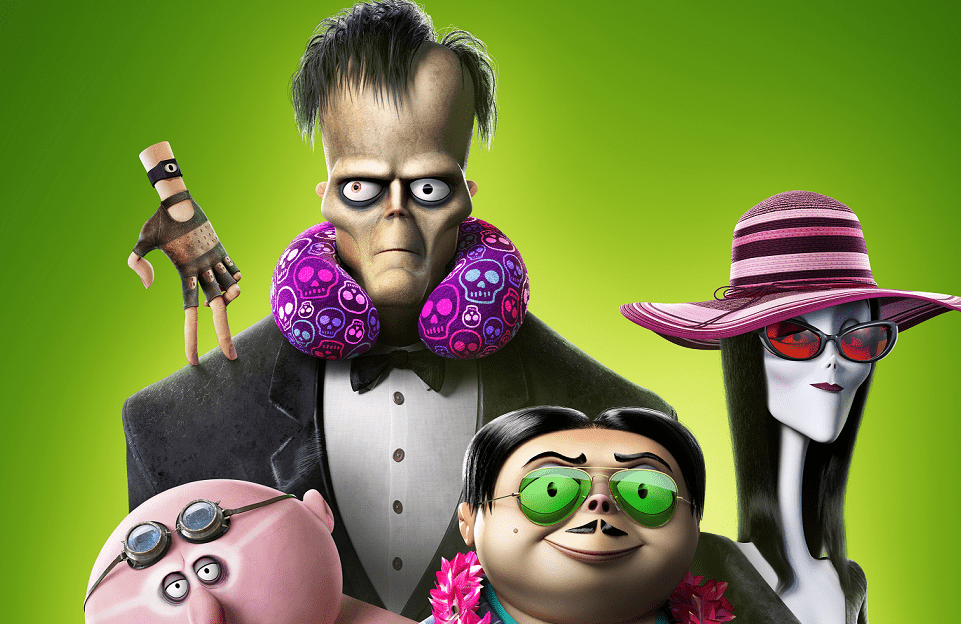 The production has a lot going for it, but there is a dark side to this review too.  I have yet to ever see an animated version of the Addams Family that got the comic timing down.  I think the subtle nuances of these characters really don’t translate well to animation.  I can’t quite put my finger on why, maybe it’s that usually, voice actors aren’t recording their lines together, so they aren’t building off each other, or it’s that editing this type of comedy is more difficult and few can get it just right.  Don’t get me wrong, I chuckled through out most of this movie and even laughed out loud a couple times (especially the musical number at the biker bar).  It comes very close to getting it.  But it just doesn’t have that “magic” something that gives me the “woo woo!” feeling that some movies have.  In addition to the comic timing, the use of pop music instead of a custom score was disappointing to me.  It isn’t a surprise, with Snoop Dogg playing cousin Itt, but I would have preferred the use of songs composed specifically for the scene at hand instead (but I am old and this is personal preference and not necessarily a bad thing for most people).

This is a fun animated movie that kids will enjoy, with a good story, well done performances, and life lessons, but misses the mark on translating the more complex comic timing from live action to cartoon.

The Addams Family 2: Come to the Dark Side….We Have Cookies!