The Alien Film Franchise for Dummies

Everyone’s heard of the Alien movies, even if they haven’t seen any of them. They’re quintessential viewing experiences for all those interested in the horror and sci-fi genres, where they have become staples. For the first week of Alien Month, I’m going over the basics of one of the darkest franchises to feature the creatures from outer space: Alien.

The first four movies of the franchise are Alien, Aliens, Alien 3, and Alien Resurrection. They have defined the franchise. They focus on the character of Ripley, played by Sigourney Weaver, who’s been triumphed as one of the best female protagonists of all time because of her toughness and strength. 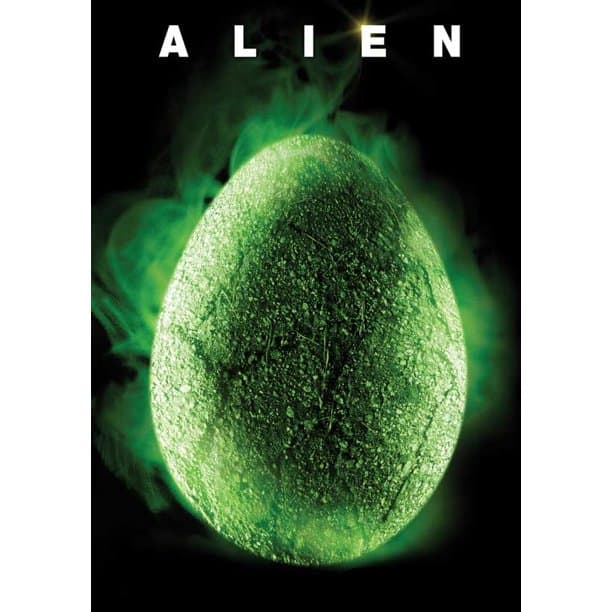 Alien follows the crew of the USCSS Nostromo, a spaceship designed to carry cargo. The ship is led astray by a cryptic message that, due to company policy, they are forced to respond to. The signal leads them to a dangerous planetoid, later known as LV-426, and an abandoned ship filled with large eggs. One of the eggs hatches and a creature emerges latching onto the face of crewmember Kane. They head back to the ship where the creature is removed. It turns out the creature laid an egg inside Kane’s stomach and another creature emerges from it, starting to kill the crewmembers one by one. The film was directed by creator Ridley Scott, who later went on to create Blade Runner and Gladiator. It was a commercial success despite receiving some initial pushback from critics.

Aliens follows Ripley 57 years after the events of Alien during which she’s been in hypersleep, a process where time is rendered motionless for the character involved. She awoke to find that the Weyland-Yutani Corporation, her employer, has colonized LV-426. When contact with the colony ceases Ripley goes with the team back to the planet to see it destroyed by the aliens. She finds that the colony was created to study the aliens and use them as biological weapons. James Cameron directed this feature after his success in Terminator. It was a commercial and critical success, and is regarded as one of the greatest films of all time.

Alien 3 takes place directly after the events of Aliens on the prison planet Fiorina, after the ship used for escape catches fire and is destroyed, leading Ripley to become the only survivor. It’s revealed that amongst the corpses is one containing Aliens, which break out and cause havoc. Ripley becomes infected with one, an Alien Queen, and becomes determined to do anything to not allow the alien to prosper and be used by Weyland-Yutani. David Fincher, now acclaimed for Seven and FIght Club, directed this movie, but has since disowned it due to not liking the end result. It was critically and commercially panned.

Alien: Resurrection occurs 200 years after the events of Alien 3. A clone of Ripley had been created inside the ship USM Auriga by the US Military called Ripley 8, who also contains the Queen embryo. Ripley tries to destroy the ship before it reaches Earth and the Aliens can cause more damage. Jean-Pierre Jeunet directed, while the script was written by Joss Whedon of Buffy the Vampire Slayer fame. While it didn’t achieve the acclaim of the first two films, it was nonetheless well received.

Alien Vs. Predator follows a team of scientists trying to escape an ancient pyramid that houses the Aliens. The Predators also come to the Earth’s surface and all three engage in warfare. Spoiler alert: an Alien infects a Predator causing a Predalien (a mix of Predator and Alien) to form, which escapes from the pyramid. The movie was directed by Paul W. S. Anderson and was described as fun, if silly.

Alien Vs. Predator: Requiem follows the events of the previous film where the Predalien escapes to Gunnison, Colorado. Here, both the humans and the Predators attempt to destroy the creature, and run into conflict with the Aliens. Directed by the brothers Strause, Alien Vs. Predator: Requiem  became one of the most critically panned movies in the series due to overuse of gore and nonsensical plot.

Director Ridley Scott returned to the Alien franchise in his creations of the prequels, which attempted to answer the question of where the aliens come from.

Prometheus follows scientists Elisabeth Shaw and Charlie Holloway as they discover a map showing ancient human civilizations in the star region where LV-426 is located. They go to this star region with the USCSS Prometheus and arrive on the planet LV-223, where they find an ancient race called the “Engineers” that were developing biological weapons that could drive the human race extinct. Their discovery leads to serious issues. The movie was praised for its stylistic elements and acting while being criticised for unresolved plot points.

Alien: Covenant is set eleven years after the events of Prometheus, and follows a colony ship as they become infected with the mutagen encountered in the Prometheus’ crew and give birth to a new breed of alien, the Neomorphs, which was created by one of the crewmembers, an android, to make a new human race. The rest of the crew members attempt to destroy the aliens. The film was well received.

The “Alien” franchise has had a long and varied history, which has no plans on ending anytime soon. We’re bound to get another film, with possibly another prequel and possibly another Alien Vs. Predator. Given it’s been a few years since the last film, I think we’ll see the Xenomorphs reappear before too long.

The Alien Film Franchise for Dummies