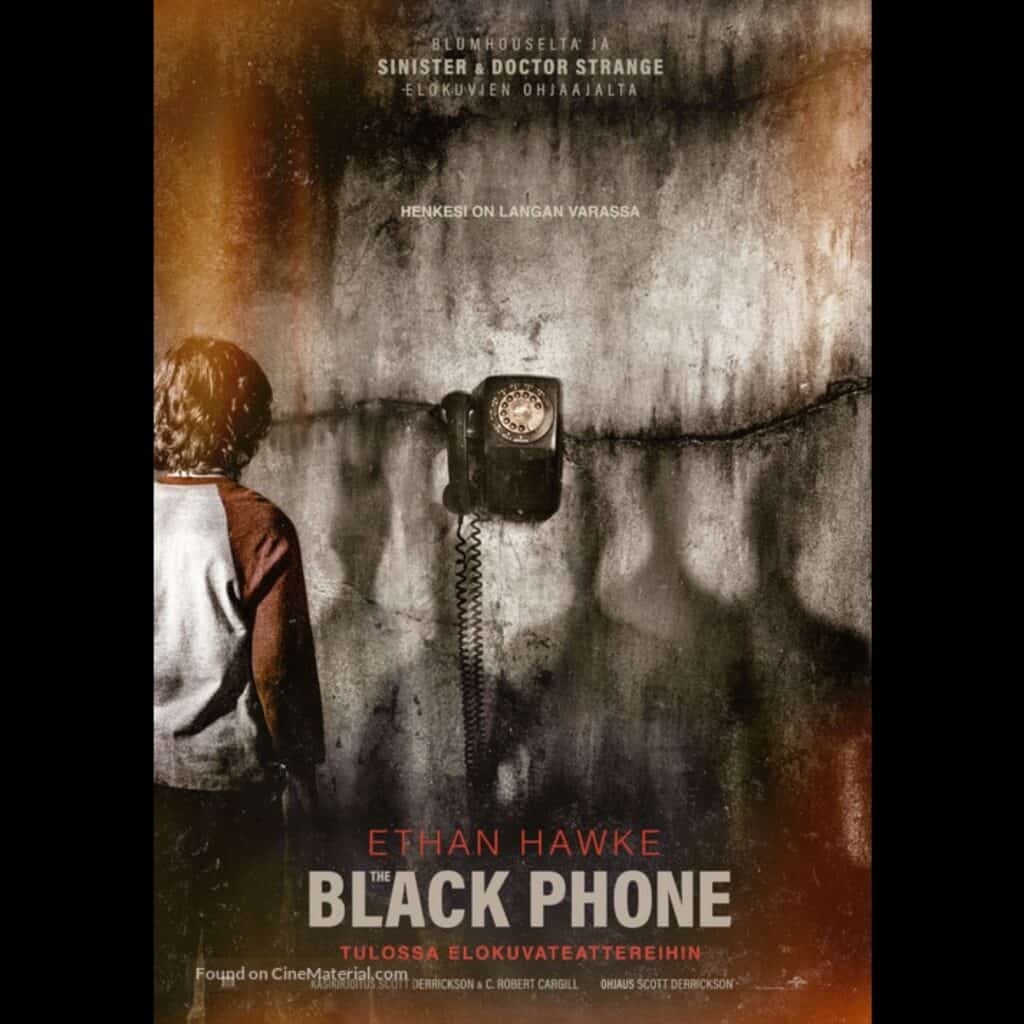 A teenage boy, abducted by a serial killer, begins receiving calls on a disconnected black phone from the murderers past victims.

In a suburb of Denver in 1978, a serial child abductor, named “The Grabber” (Ethan Hawke), is snatching children off the streets.  Brother and Sister, Finney (Mason Thames) and Gwen (Madeleine McGraw) live with their abusive alcoholic father (Jeremy Davies) after their mother committed suicide.  Gwen, like her mother, has some psychic abilities which manifest in her dreams.  When a boy who Finn had just played against in a baseball game is taken, Gwen dreams of the abduction which gives her information that is not public knowledge leading the police to question Gwen on how she knew these details.  Another boy, this time Finns best friend, is taken and then soon after, Finn himself is abducted. 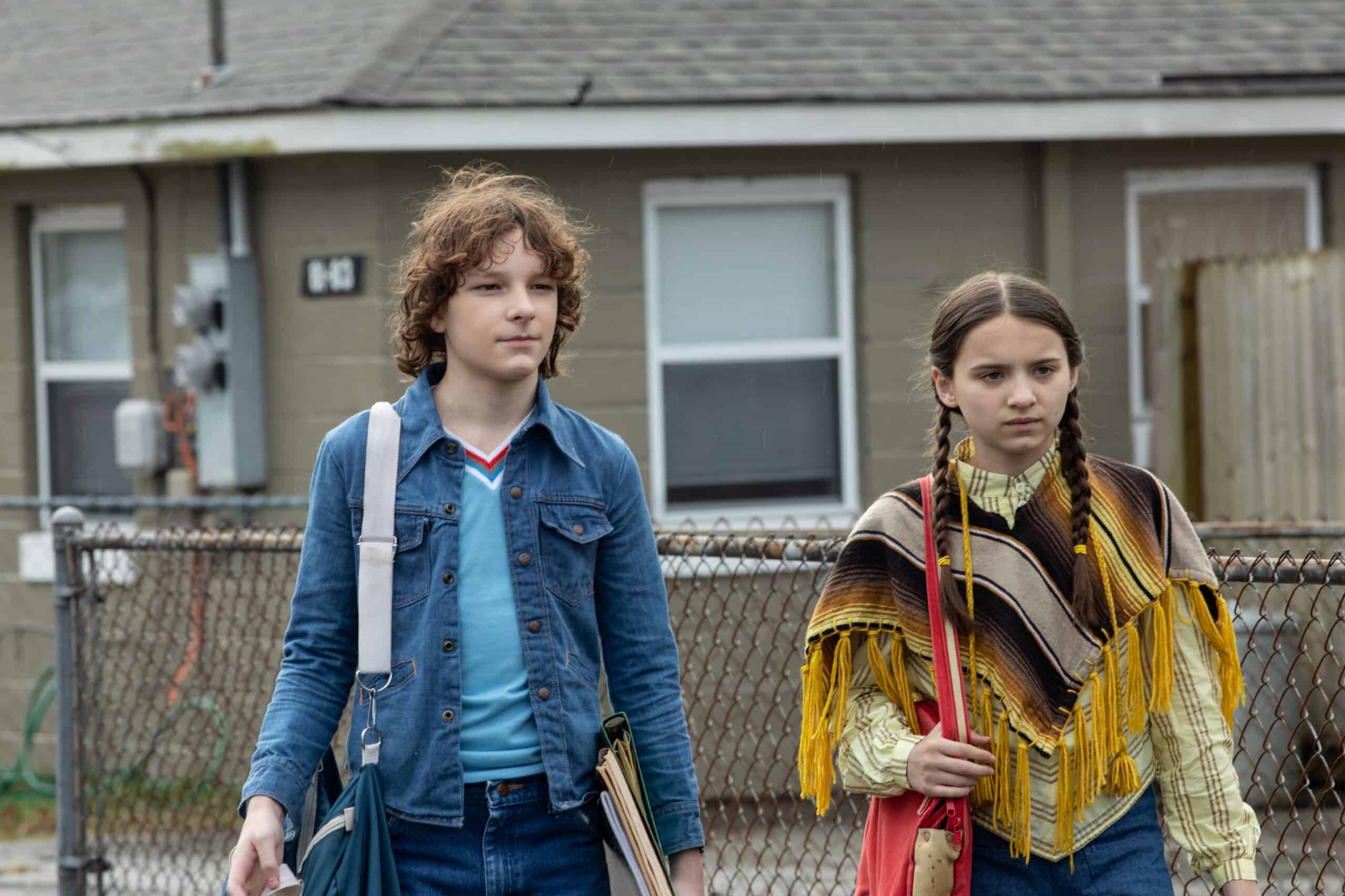 Finn finds himself trapped in a soundproof basement room belonging to “The Grabber” who wears several different versions of a demon mask.  There is a disconnected black phone on one of the walls, which from time to time unexpectedly rings.  At first it appears as if no one is there, and the Grabber believes it is just static electricity causing the phone to ring.  But one night, Finn hears the voice of Bruce, who tells Finn about a possible way to escape.  Throughout the rest of the movie, Finn is given help from the Grabber’s previous victims, each one giving him a different escape plan, each fail, but together they give Finn exactly what he needed to survive 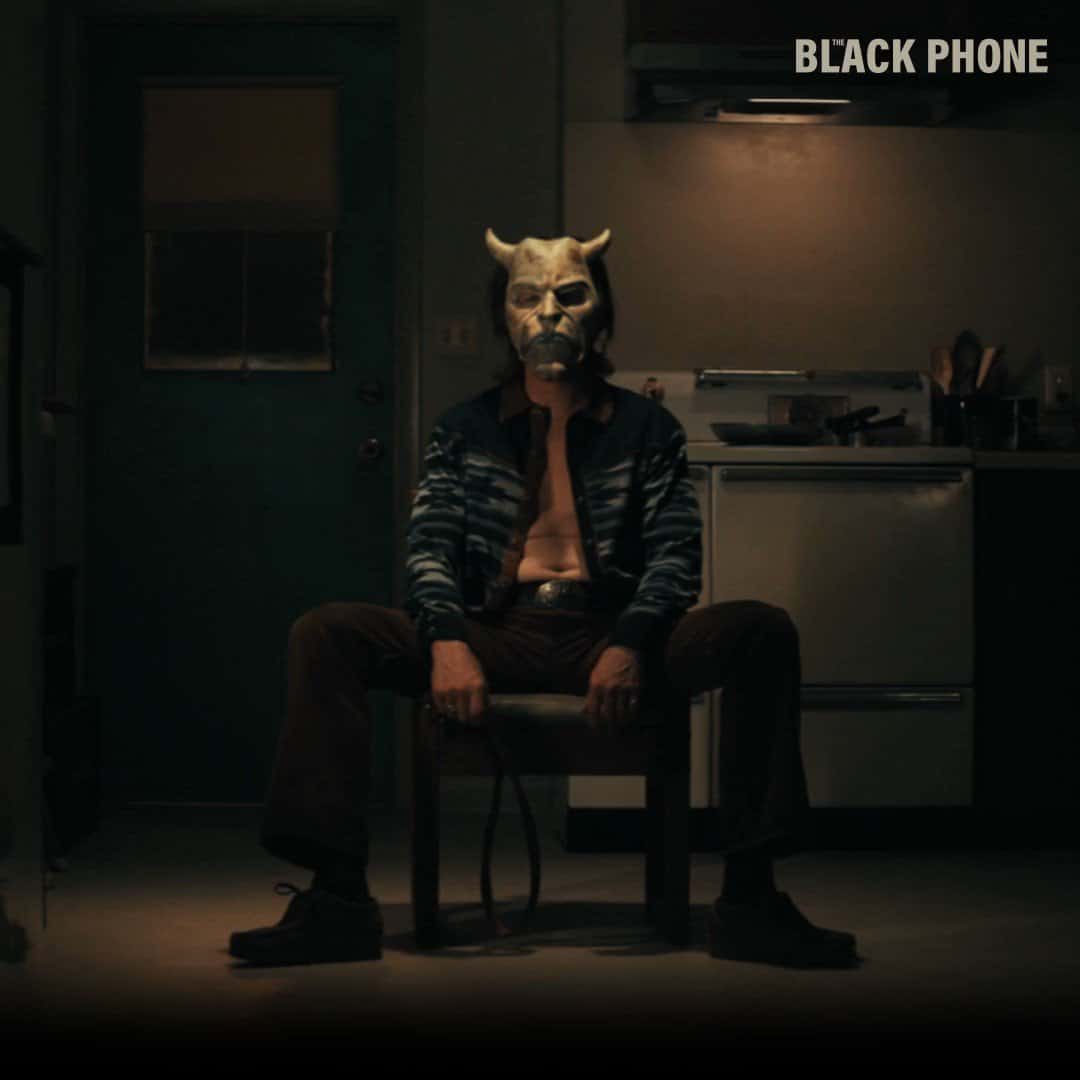 I like a lot of the Blumhouse produced horror films and this is no exception.  The plot, based off a short story by Joe Hill, is  well executed.  The storyline flows smoothly, and the movie has a good rhythm.  The production is not full of “Jump Scares” but the horror comes from the situation and the performances and is a bit more nuanced than your average horror film. The acting is quite good with both Mason and Madeleine bringing to life real sympathetic characters who the audience can relate too.  Ethan Hawke has fun playing the Grabber and does a great job. Considering he wears a mask throughout most of the film, he had to find ways of relaying emotion and intention through body language, vocal skill, and expressive eyes. There is a complexity to the character as well and the use of different expressions on the mask was an interesting way to relate the differences in his personality. 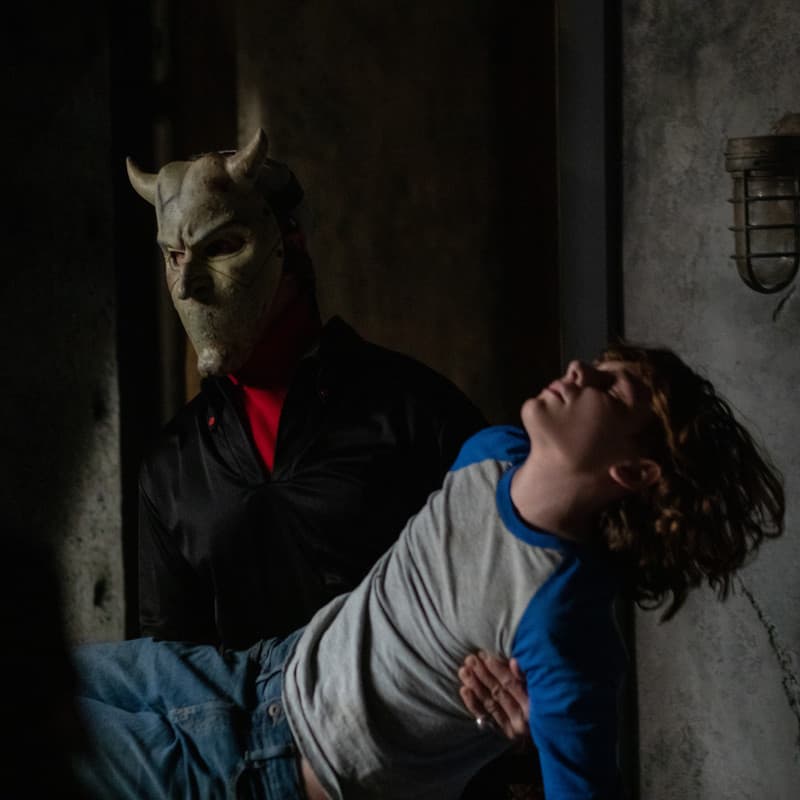 Although I really liked the film, it opened doors that never get closed. What I mean by that, is it doesn’t fully explore all the characters and plot points that it puts in.  I am never sure if this is done on purpose or just sloppy editing and writing.  It could be, that they want the audience to fill in the gaps with their own imagination, which I think is good to a point, but sometimes it is overdone, leaving the audience wanting better explanations, more exploration and better character development.

The film was screened at Fantastic Fest back in September of 2021 and had a theatrical release on June 24, 2022.  The movie became available for rent and digital purchase on July 14th and will begin streaming on Peacock sometime in August of 2022.  The author of the source material, Joe Hill, has pitched an idea for a sequel to Derrickson, so depending on the success of this movie, we may get a second.