The Boys in the Band: They’re Playing Our Song 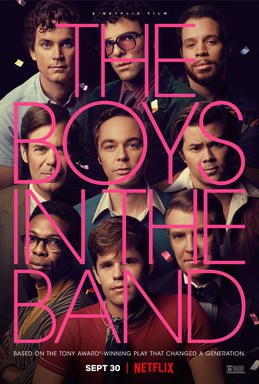 A group of gay men get together for a birthday party in 1968 New York City, but things go amiss when an unexpected straight friend crashes the party.

The Boys in the Band is a 1968 play by Mart Crowley, that has been adapted into two different movies.  The first in 1970 and the most recent in 2020.  The 1970 film stared the original Broadway Cast and the 2020 production stars the cast from the 2018 revival that was staged for the 50th anniversary of the play, which garnered a Tony Award for the best revival of a play.  This article will center on the most recent movie but will pull on the historical context of the play. 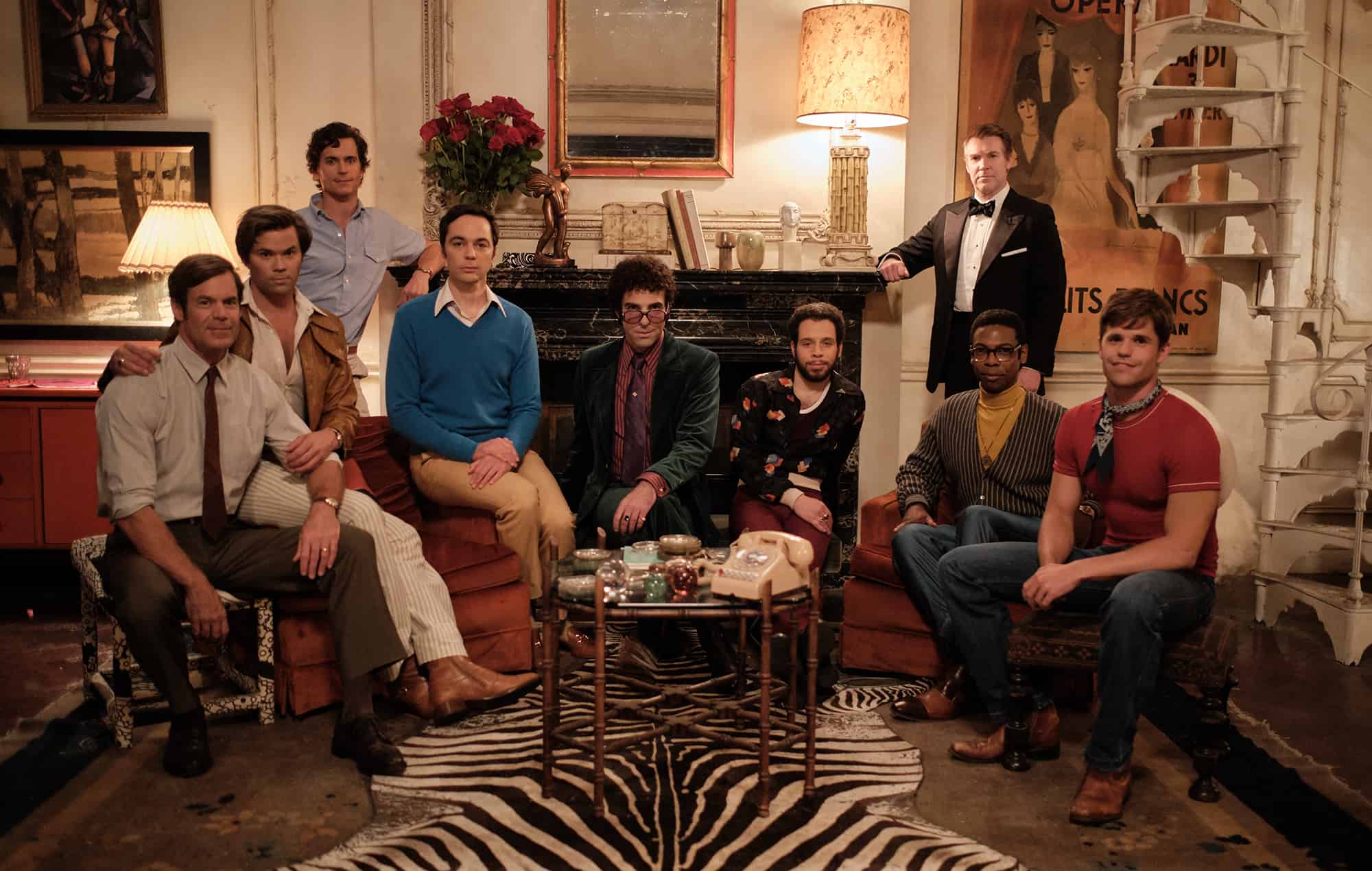 In 1968, Michael (Jim Parsons) is preparing for his friend Harold’s (Zachary Quinto) birthday party, his friend Donald (Matt Bomer) arrives early, and Michael receives a call from Alan (Brian Hutchison) who in tears says he needs to see him to tell him something important.  The problem is, Alan is very straight and everyone that is going to be at the party is gay.  More guests arrive, Larry (Andrew Rannells) with lover Hank (Tuc Watkins) whose relationship is on the outs, Emory (Robin De Jesus) a flamboyant interior designer and Bernard (Michael Benjamin Washington) an African American librarian.  Michael is relieved when Alan calls back and cancels coming over.  As is usual, Harold has not arrived yet, but the party gets into full swing with everyone laughing and dancing, but Alan changed his mind and arrives unannounced at the party.  In a private conversation, Alan expresses his dislike for Emory because he is effeminate. Cowboy (Charlie Carver), a gorgeous but dimwitted rent boy whom Emory has purchased as Harold’s birthday present, arrives and mistakes Michael for Harold.  Things turn nasty and violent between Alan and Emory just as Harold arrives.  Alan gets sick and goes to another room as the party continues, but by this point, Michael has turned bitter and mean.  Dinner is eaten, gifts are exchanged, and the cake is cut, but a thunderstorm forces the party goers inside of the apartment and as Alan attempts to leave, Michael forbids him, until they play a party game.  Each person must call on the phone, the one person they feel they truly love.  This of course does not go smoothly, and deep hidden feelings are exposed leaving everyone emotionally raw and exposed.  Michael is left with Donald contemplating the consequences of what he has done, before leaving to go to Catholic Mass while most of the characters make their way home. 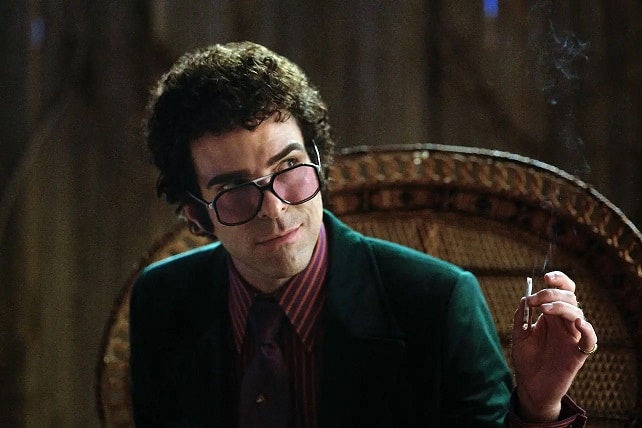 The original play was groundbreaking, as it was the first-time gay men were spotlighted in such a way and it emboldened the gay community. It is contended that the play was one of the aspects that lead to the Stonewall Riots a year later (June of 1969). It changed the way secular audiences also viewed homosexuals.  The themes of self-loathing, aging in the gay community, substance abuse, body dysmorphism, Poverty, monogamy and racism are all explored in the context of its day.  The language is harsh and sometimes difficult to hear, but it is how people thought and talked in 1968.

The 2020 movie has an all-star cast of some well-known actors who are all out gay men.  Jim Parsons of The Big Bang Theory as Michael is wonderful, but I fear that no matter how hard he tries to shake it, most people, including myself, will see a bit of Sheldon in everything he does.  Zachary Quinto (Heroes, Star Trek 2009), on the other hand, has played a variety of television and movie characters and each one is very different.  His portrayal of Harold is amazing.  His comical delivery is perfect, and his witty barbs are sharpened like a razor.  Matt Bomer is the likeable Donald, and as in everything he does, he shines.  He is good looking and talented.  Robin de Jesus was nominated for a Tony award for Emory, and it is easy to see why. Charlie Carver as the dimwitted hustler is likeable and funny, giving some comic relief to the more tense scenes.  I can go on about each member of the cast.  All were just fantastic. 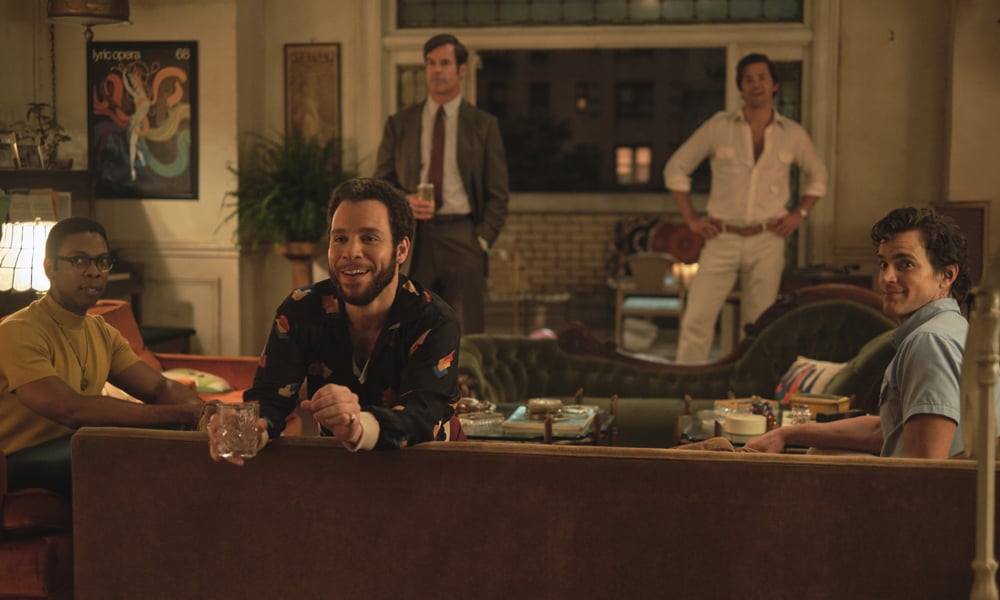 Between the two movie versions, I have to say, I enjoy the 2020 remake much more.  I felt more connected to the characters than I did in the original version, but I am not a huge fan of this play or the movies.  I see the historical relevance and I am sure it would be a lot of fun to perform.  The script is witty, biting, and poignant, but it is not a “feel good” play.  In the original, I had a hard time liking any of the main characters, which to me, makes it difficult to watch. The remake, I like the characters a lot more, but they don’t resonate with me, I am not sure if that is because they are unlike me or maybe they hit too close to home.

The Boys in the Band: They’re Playing Our Song