The Gray Man: The Area Between Right and Wrong 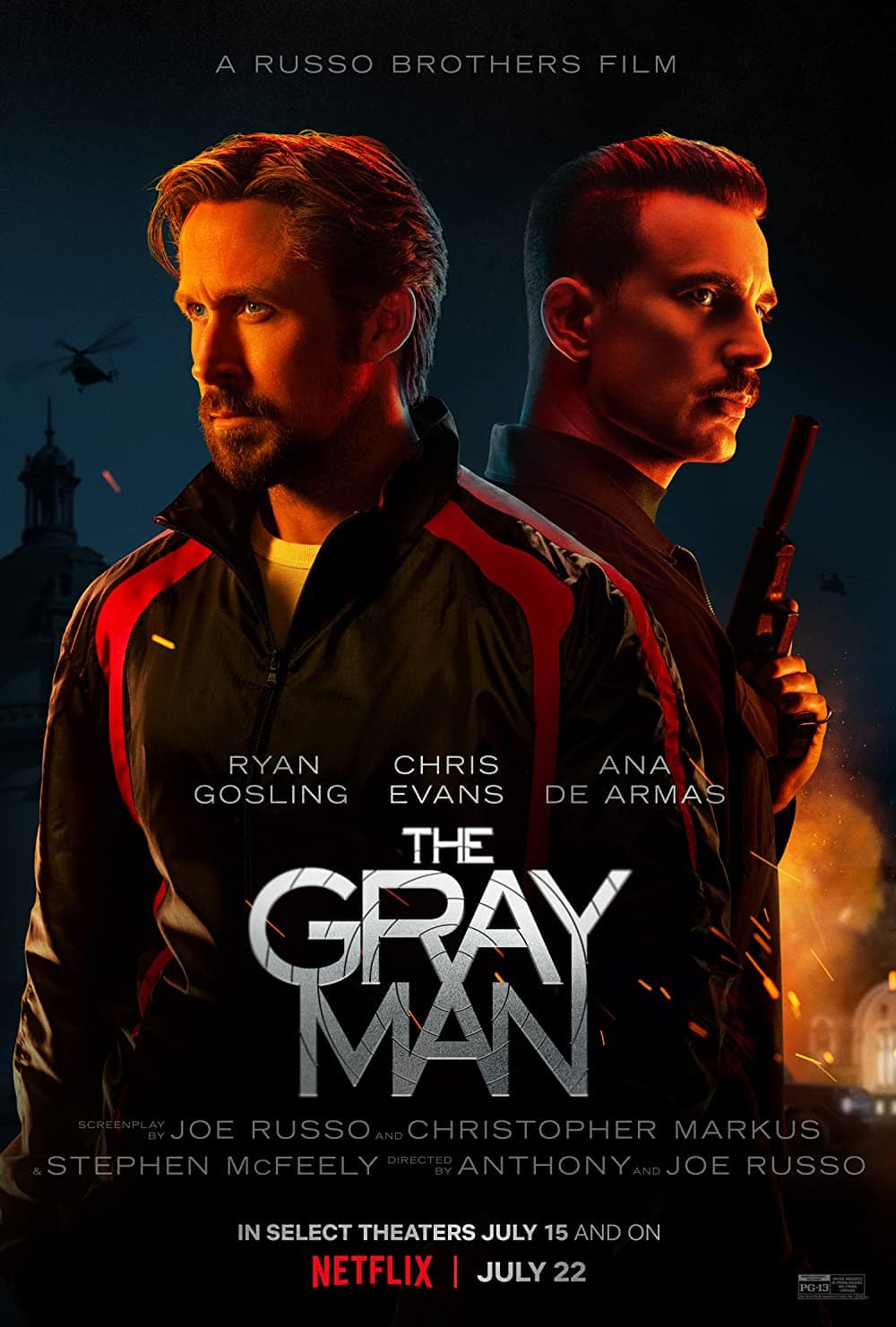 A CIA agent that is part of a elite secret program, goes on the run when he comes into possession of some damning information about his bosses.  He is hunted across Europe by a hired mercenary.

The Gray Man is a 2022 movie based on a 2009 novel of the same name by Mark Greaney.  There have been several attempts to adapt the book to film leading up to Netflix acquiring the film rights and finally getting it made.  I have not read the books, but what I can tell from my research for this article, the plot of the movie strays greatly from the original source material, including the leads background.  Since I have not actually read the books, I will not compare the two, or go into the differences between them. But fans of the books beware, there are some deviations. 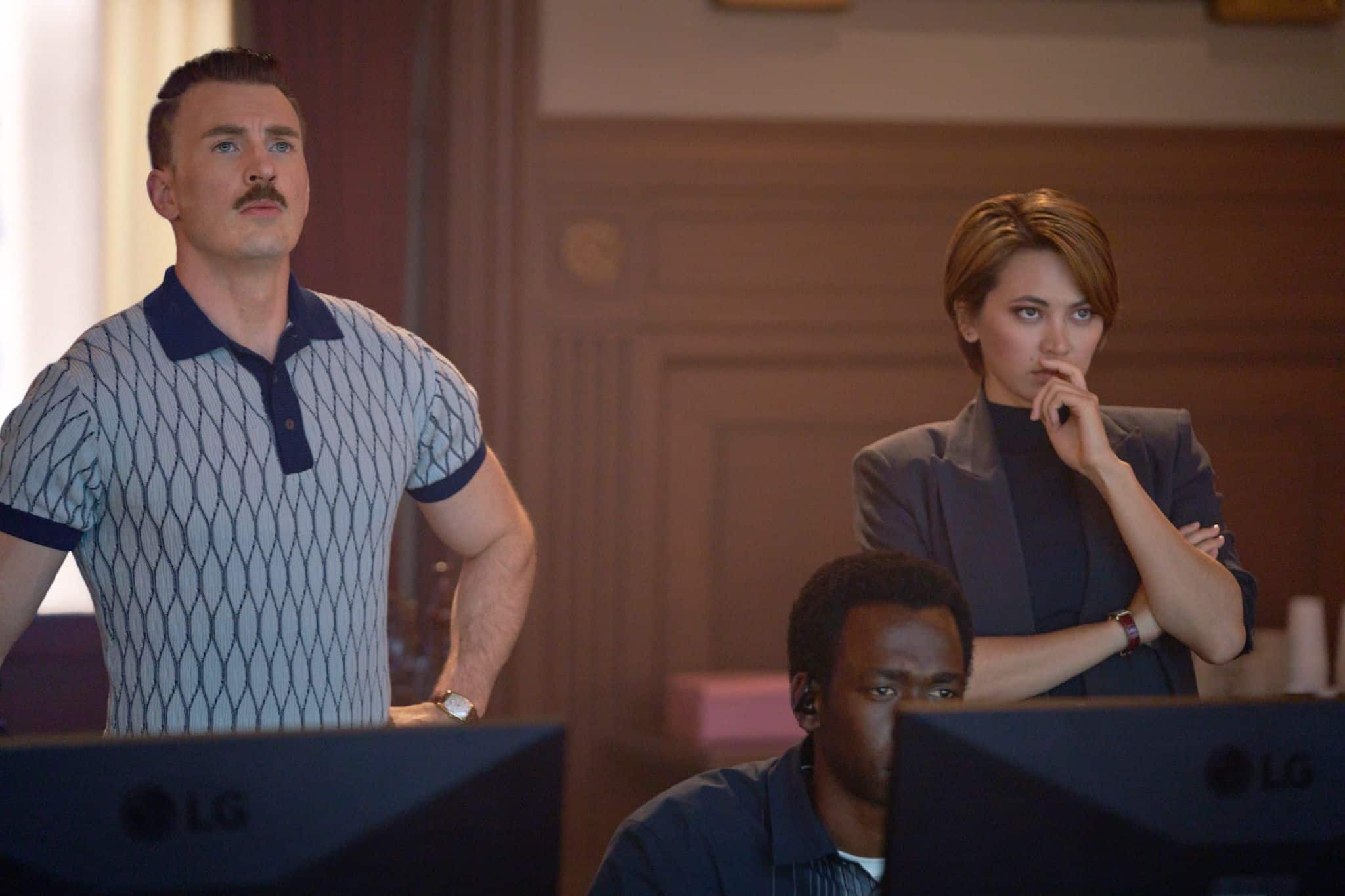 Court Gentry (Ryan Gosling) was convicted of murder and sent to prison without the possibility of parole until 2031. In 2003, CIA handler, Donald Fitzroy (Billy Bob Thornton) commutes Court’s sentence and recruits him for a secret operative called the Sierra program.  Court, now known just as “Six” or “Sierra Six”, works in the gray area between right and wrong.  Sometimes there are bad people who need extrajudicial punishment.  There are not records of the operatives in the Sierra program, meaning they essentially do not exist, so there can be no ties back to the CIA or the American government.  Fitzroy is forced into retirement and his replacement, Denny Carmichael (Regé-Jean Page) is not a fan of the program. 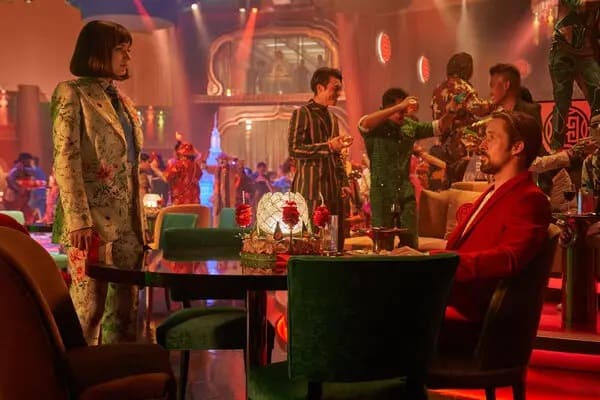 During an operation in Bangkok, an assassination goes wrong and Six takes possession of information that makes him a target for Denny and the CIA.  In order to force Six to give back the information, Denny hires Lloyd (Chris Evans), a psychopathic ex-CIA, now mercenary to get the assets and dispose of Six.  To do so, Lloyd kidnaps Fitzroy and his niece.  CIA agent Dani Miranda (Ana de Armas), allies herself with Six, originally to clear her own name, but as the movie progresses, because it is the right thing to do.  As Lloyd tracks Six around Europe he leaves a wake of destruction in his path, literally nearly destroying Prague, leading up to the final face off at a beautiful villa in Croatia.  Who lives, who dies and who gets what’s coming to them…Tune in to find out! 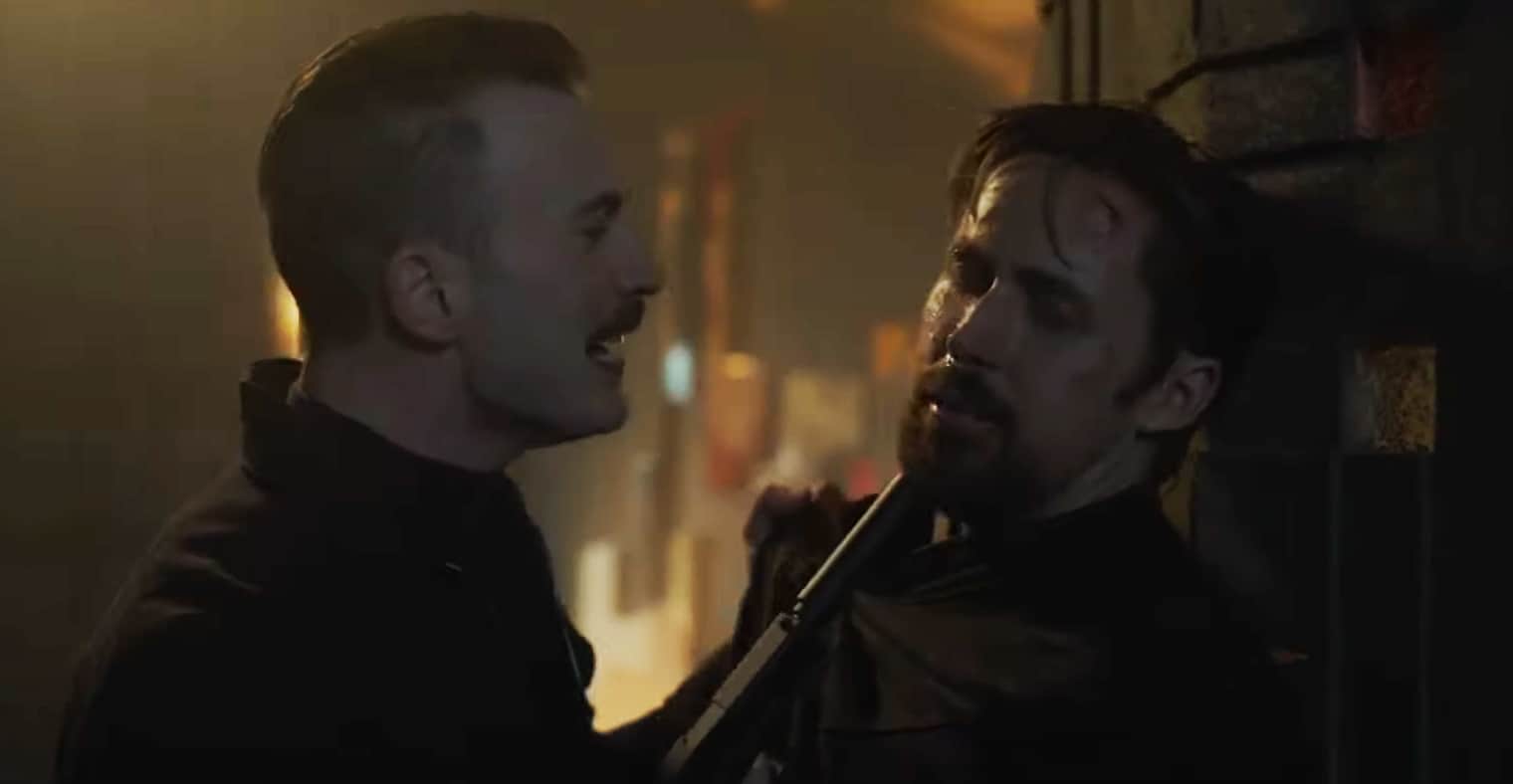 Directed by the Russo brothers who brought us the Avengers: Infinity Saga, the movie had a limited theatrical release on July 15th with the official release date of July 22nd. The movie was met with mixed reviews, most siting a great ensemble case, but with a clichéd plot and a bit too brisk of pace.  I do agree with their sentiment but I give it a bit more credit.  It was a bit jarring, but really fun seeing Chris Evans playing the bad guy, having gotten so use to him being the wholesome Captain America. Sporting a 70s porn stach and dressing like someone from the 50s, I am sure it was fun for Chris to break stereotype and do something a bit dark and wild.  Ryan Gosling was charismatic as the hitman with a heart and morals. He is tough, but softspoken with an endearing quality. Regé-Jean was good as the career minded Denny Carmichael, who is the real bad guy in the film, although I am not acting wise if he was at the same level as Chris, Ryan or Ana.  We don’t get to see enough of Dhanush as mercenary, Avik San and that is too bad.  He seemed like a capable actor and the character was interesting. 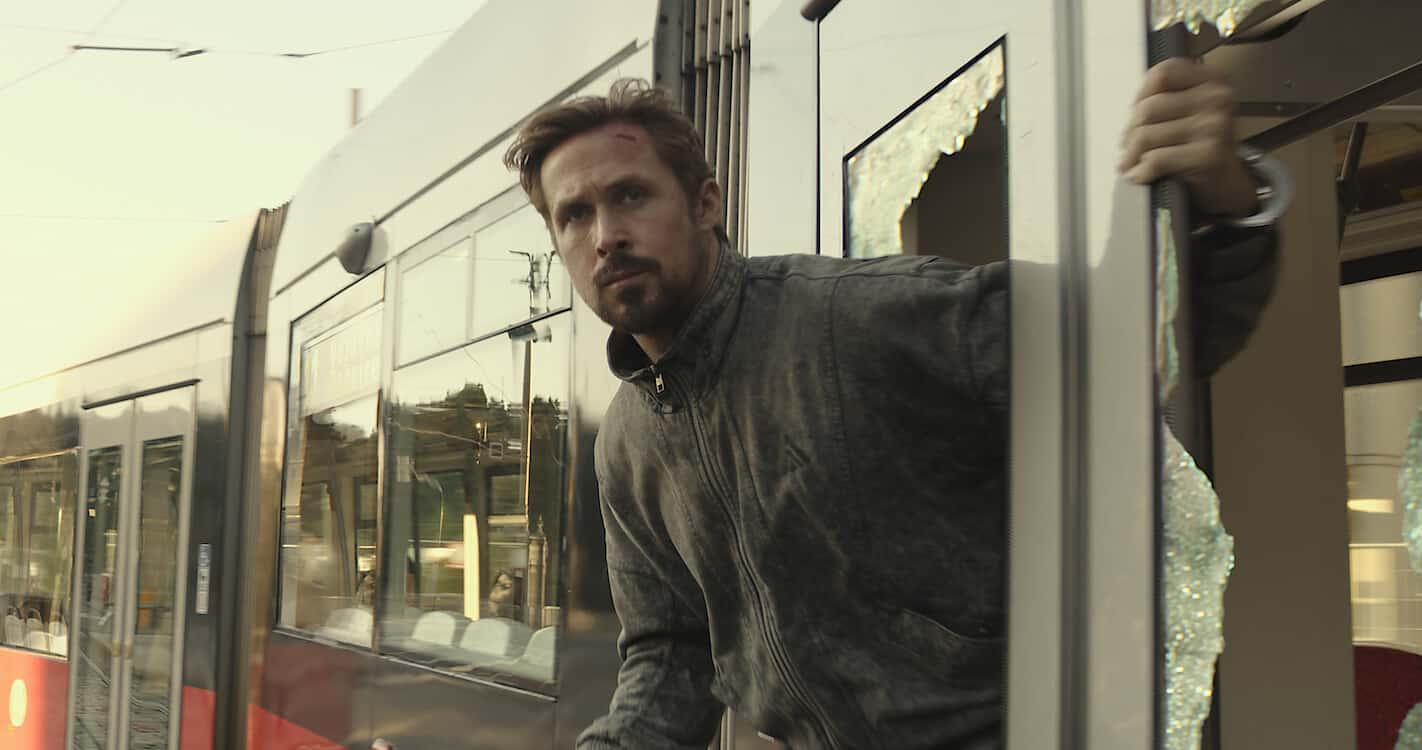 The movies production value is high with a lot of pyrotechnics and chases through European streets.  The fight choreography is quite good, especially the hand-to-hand combat.  But here is where you lose me a little bit as a viewer (this is my own opinion and point of view), there is a point where the gun battles just become a bit too much.  With all the problems America faces with our current gun laws, the excessive use of firearms, while it can be exciting, raises so many ethical questions.  In addition, there is just a point where enough is enough, and get on with the story. At least this movie acknowledges the shear destruction, with the Prague battle being pointed out as a disaster by one of the lead CIA agents.  And the fact that half the city is in shambles, leads Denny to worry what his boss is going to do and how can he put the blame of this on someone else.  The pacing of the movie was fast and flowed well.  It might have been a bit too frantic, but it was meant to be.  Six, barely gets a chance to breath, as the bounty on his head is high, so everyone is after him.  The movie is left open for a sequel, with most of the characters still in place to face off once again and the allusion to someone higher up in the CIA, who is actually running the show, referred to only as “The Old Man”.

The movie was a fun action flick, with some emotional connection and a very strong cast, but it could have been a lot better if they toned down the destruction and gave us more time to get to know the characters.

The Gray Man: The Area Between Right and Wrong