The History of Superhero Films: Chapter 1, The Pulp Era

Pop culture has been dominated by superhero films for the past ten years. Pop culture was once dominated by vampires, with movies like Twilight and shows like True Blood gaining a lot of attention. Before that it was wizards, with the Harry Potter books and movies. Now, it’s superheroes, which have been a major part of the mainstream ever since 2008 with the first Iron Man movie. The modern-day concept of the superhero movie was not created in 2008. But to come up with a definitive start date for superhero movies, we need to first define what a superhero even is.

I’m sure most of you have some ideas of what a superhero looks like in your head. It’s possibly a man or a woman wearing a tight-fitted costume with a mask and possibly a cape, who possess supernatural powers. You might think that they belong to either DC or Marvel. But not all superheros wear capes (The Hulk) or masks (The Hulk/Superman) or a cape (Captain America/Daredevil.) So those definitions don’t work. And either way, if you’re thinking DC and Marvel, what would The Incredibles fall under? Or the Teenage Mutant Ninja Turtles? After all, the latter fits all criteria of what a superhero would do save for the superpowers, if you don’t count his sword fighting ability. Where is the line drawn between what is a superhero film and what is not. How do you separate Thor from characters like Will and Eleven from Stranger Things, who have supernatural abilities and are tasked with saving the Earth. 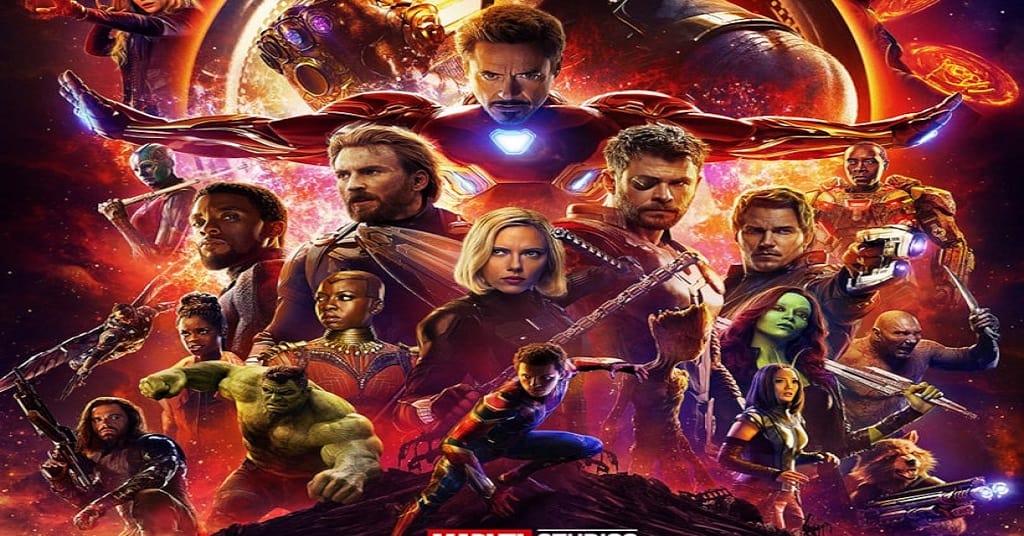 The answer varies from person to person. Wikipedia defines superhero fiction as “a genre of speculative fiction examining the adventures, personalities and ethics of costumed crime fighters known as superheroes, who often possess superhuman powers and battle similarly powered criminals known as supervillains.” While I think this is a good start determining what superhero fiction is, there are issues with this model. Firstly, superheroes are not always wearing costumes. Would you consider what Thor is wearing a costume? Not necessarily, it’s just how he dresses as a God. The Hulk? Raven? Cyborg? While I think most of Wikipedia’s definition is correct, I also think this definition is missing another key component: morality. After all, superheroes all embody “good” morals, or are generally operating under moral guidelines depicted as being “good” for the audience. Superheroes are always protagonists, whereas supervillains are always antagonists. If a superhero is not being depicted in the best light, then they’re no longer really a superhero: they’re an anti-hero.

What separates superheroes apart from other movie protagonists is that they have a characteristic that makes them stand out physically from the average person. For The Hulk it’s his size. For Thor it’s what he’s wearing. Therefore, the Teenage Mutant Ninja Turtles, realistically, do count as superheroes whereas Eleven and Will from Stranger Things don’t.

So my definition of a superhero film, for the purpose of this article, is a film whose protagonist has overwhelmingly “good” morals and whose physical appearance differs from an “average” person. 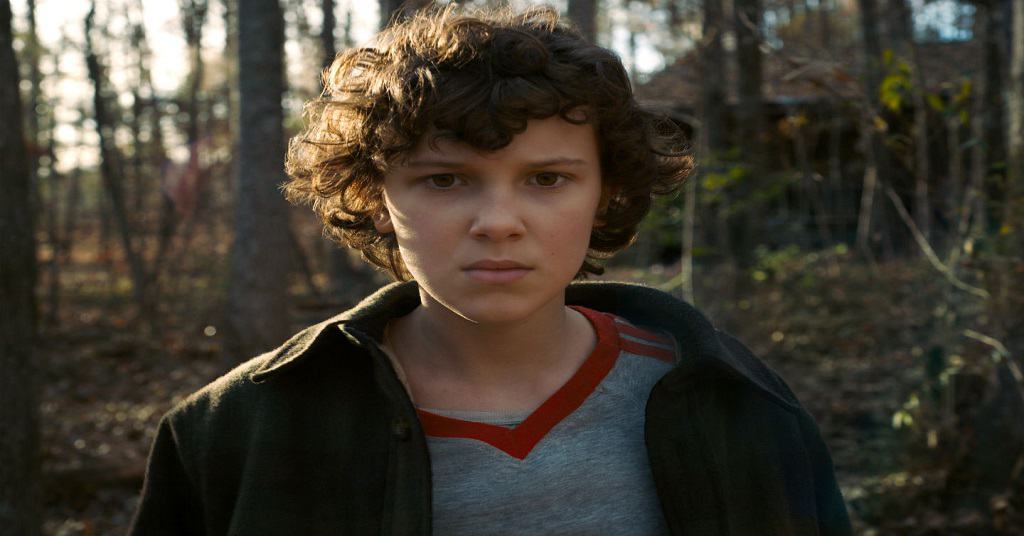 I’m sure you’ve seen this from the title and wondered what I meant. After all, Wikipedia, Looper, and several other sites just list this period as the “early years”. However, that is a very boring title and doesn’t properly capture what this section of time was.

Back in the early 1900s, when films were first being created, superheroes in fiction were limited to pulp fiction, comic strips, and later on comic books. There was never a place for superheroes in mainstream novels or plays, which were the popular mediums at the time. So, the superheroes of that era came from pulp novels (also called dime novels) which were very cheap and affordable books, hence the price of a dime. Many of the characters that are internationally loved today came from books meant to appeal to poor people who couldn’t afford more expensive titles. Characters like Tarzan and Dr. Jekyll and Mr. Hyde first made their appearance in pulp novels. As well as Zorro.

Before we go into The Mark of Zorro I have to first quickly mention the first ever superhero film which was the 1916 French film: Judex which was followed by 1918’s Judex’s New Mission. While these were only short serials. I’ve explained in previous articles what serial films are, but to restate it here they were television shows before TV was a thing. They would play weekly, during a Saturday matinee, where mainly children and families would pay the price for a chapter of the serial as well as cartoons and two feature films. Each chapter would last around 20 minutes or so. What’s interesting about Judex is that he was created for the screen and wasn’t based off of any book or comic book which was not a trend that lasted and ended with Judex. 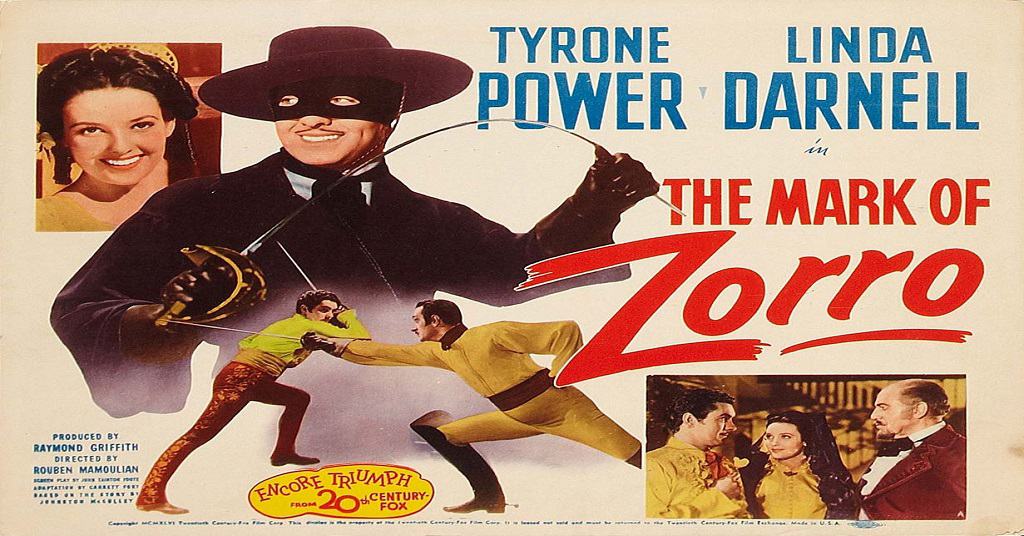 The Mark of Zorro came next and was the first feature length superhero film (if we’re going by my definition.) The film did pretty well at the time and spawned two sequels, Don Q, Son of Zorro and The Bold Caballero.

While Zorro marks the first superhero film, the big two, DC and Marvel, were just starting to create comic books. DC released a lot of the heroes we know today, including Batman and Superman, in the 1930s, and it wouldn’t be too long before they started to get movie adaptions in the 1940s. And Marvel at this point only had Captain America, which would also soon get adapted. The ‘30s had a few Flash Gordon serials and an adaptation of a pulp magazine called The Spider’s Web, but not much else from this era. In 1941 the first DC film was released, titled Adventures of Captain Marvel. Of course by “Captain Marvel” I mean Shazam as the name was licensed as Captain Marvel before licensing conflicts led to his current title. Two years later came Batman and four years after that came Superman. A number of serials came out between then, featuring characters now unheard of including Spy Smasher and Hop Harrigan.

On the Marvel side came Captain America in 1944. That’s it. Marvel didn’t take superhero comics seriously until the 1960s as superhero comics didn’t do as well beforehand. This is the first and last time I’ll talk about Marvel until the next chapter. 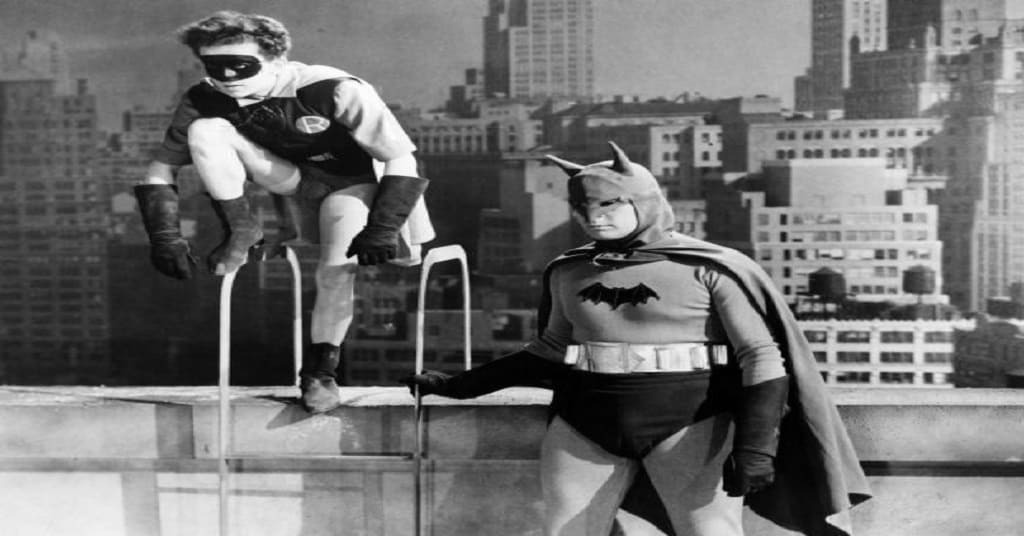 Ten years after their first serial came DC’s first ever feature film, with three films to come out before 1978. Superman and the Mole Men was a theatrically-released pilot for the Superman television series. Stamp Day for Superman was a PSA from the government. And Batman was related to the Batman TV series, which was widely popular at the time.

And that’s the pulp era of superhero films. Like pulp novels, these “pulp movies” weren’t of the highest quality and were cheap to make, but were still important when regarding the larger history of superhero films as a whole. After all, they were the first, and introduced characters to the screen that have remained there to this day.

The History of Superhero Films: Chapter 1, The Pulp Era