The Hyperions: Earn Your Badge! 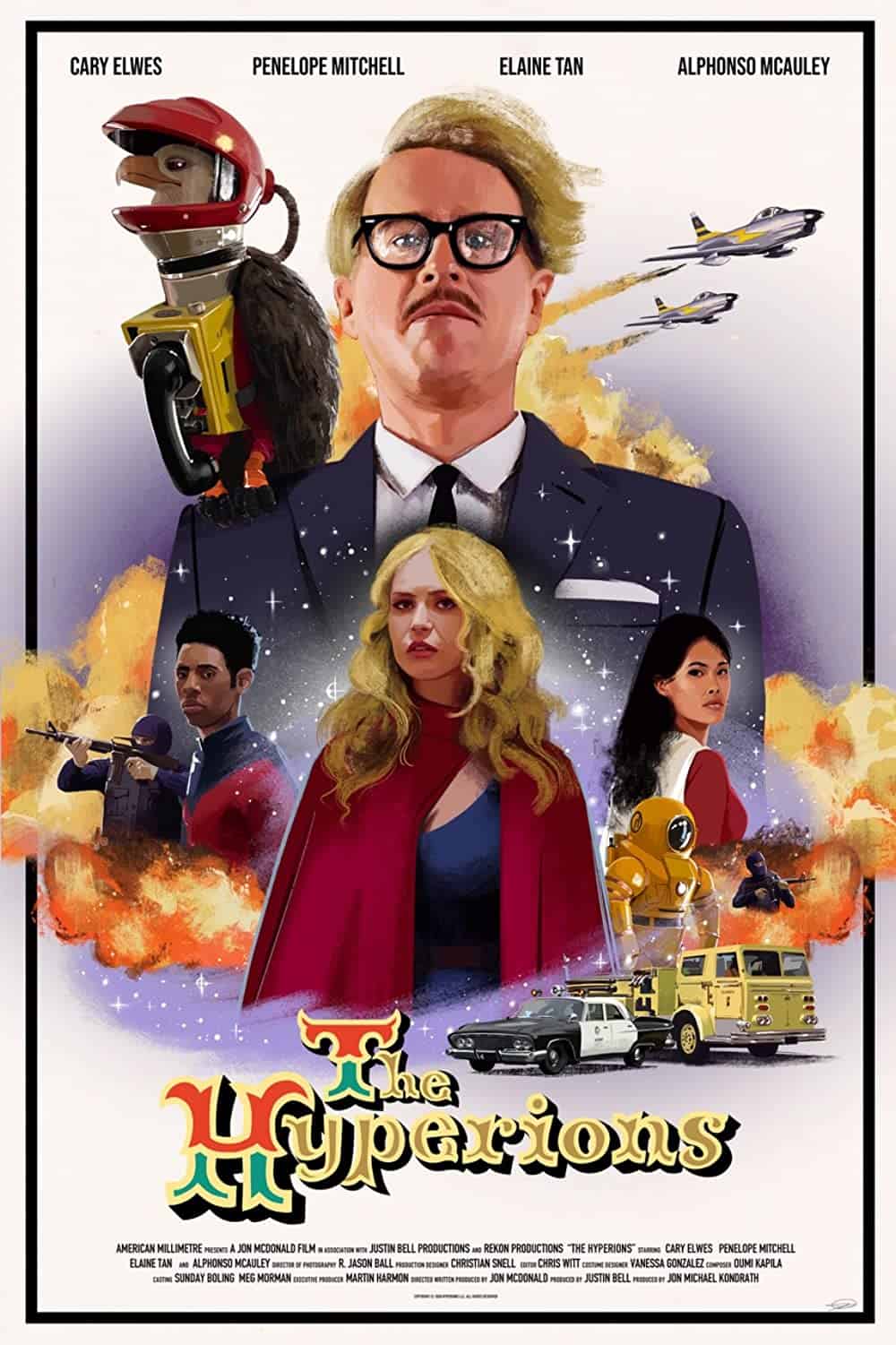 Two member of a dysfunctional superhero family holds people hostage in order to get their powers back from their creator.

In 1960, Professor Ruckus Mandulbaum (Cary Elwes) invented a badge, that when worn, augments a specific person’s DNA giving them a specific power.  The first team consisted of children, Vista (Penelope Mitchell / Indigo Carey as young Vista) and Ansel (Alphonso McAuley / Cristian Fagins as Young Ansel) and a mother figure Maya (Elaine Tan).  Maya can teleport, Ansel has super strength and Vista can read and control minds.  Due to Vista breaking the rules her and Ansel had their powers revoked.  Nearly 20 years later, 1979, the pair attempt to get their badges back by robbing the Hyperion Museum.  When the caper goes wrong, only Professor Mandulbaum, himself can put things right, but is he willing to listen and get over the past.  All is not as it seems.

The Daily Wire’s new comedy superhero film, The Hyperions, focuses more on the dysfunction between the family members of the first team’s members than on action and adventure.  Each character has their own issues and desires leading them to the current situation.  There are a few fight scenes and the only real super power we see a lot of is teleportation, that purposely uses the special effects from the time the film takes place in, 1979.  The setting and costumes follow as well, but this adds to the overall effect and comedic properties of the production.  Much of the exposition of the story is cleverly told through 60’s style animation and scholastic educational type films entertainingly giving the view the information needed to understand the story, but also allowing for some twist and turns as the story progresses. 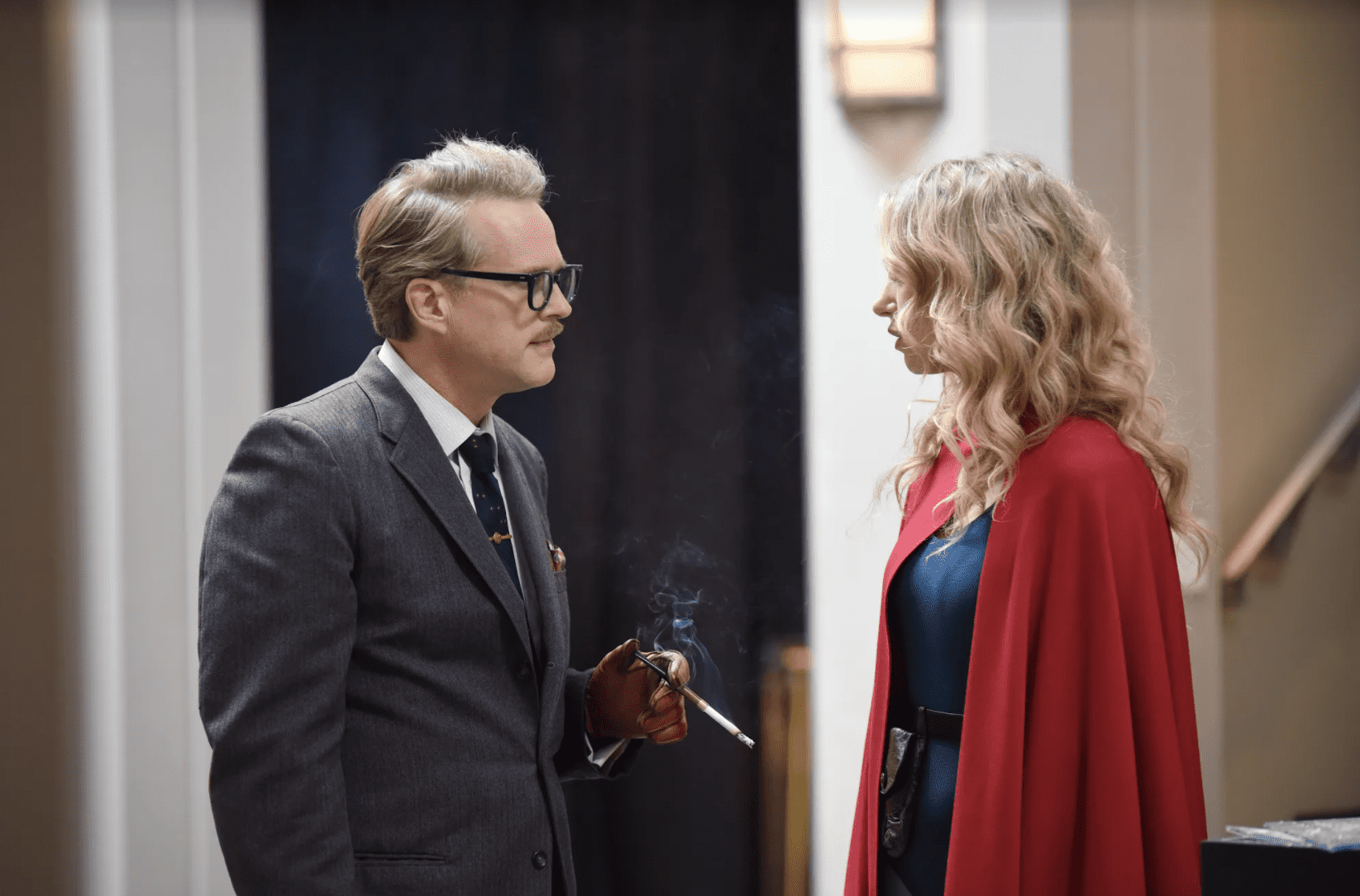 The story is interesting and unique for a film about superheroes struggling when they are forced to give who they thought they really were and what lengths you would take to get back what was lost.  The script is well written and clever but may be a bit too subdued for some.  The comedy is definitely on the subtle side giving the view more chuckles than hardy guffaws, but I believe that was the intention.  Where the story and the production values have a certain charm, the real element that brings the story to life is the great performances by the cast.  Cary Elwes is wonderful, if not frustrating, as the father figure and creator Professor Ruckus Mandulbaum. His character has lost a bit of who he is, and struggles with communicating with the people he loves, leaving them never knowing where they stand.  Elaine Tan exudes a type of motherly love and seems to be the only voice of reason.  Penelope Mitchell’s Vista is both confident and scared at the same time.  Alphonso McAuley plays Ansel with a subtle longing to have his powers back.  Of all the actors he most realistically conveys the longing for that special something that made you feel special.  All the performances have a believability that exists in an absurdist world, which give this film hits heart.

I enjoyed the movie, but it definitely has an art house indie vibe, and I am not sure its subtle storytelling is quite unique enough to really gain a huge following.  Time will tell.

The Hyperions: Earn Your Badge!