The Lost City: An Adventure With An Ordinary Twist 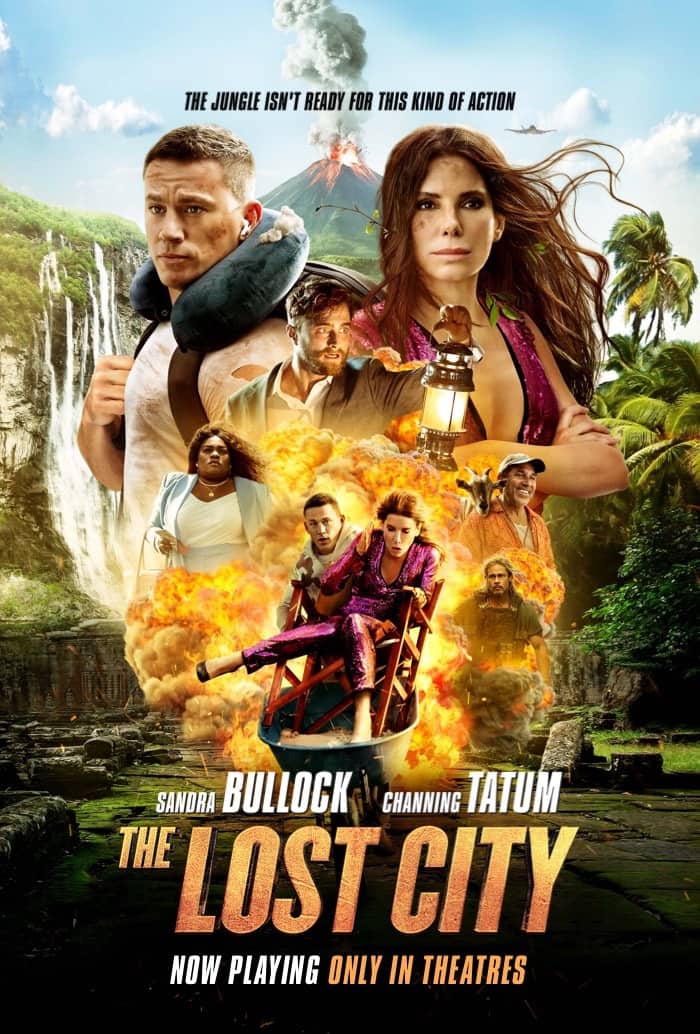 Brilliant, but reclusive author Loretta Sage (Sandra Bullock) has spent her career writing about exotic places in her popular romance-adventure novels featuring handsome cover model Alan (Channing Tatum), who has dedicated his life to embodying the hero character, “Dash.” While on tour promoting her new book with Alan, Loretta is kidnapped by an eccentric billionaire (Daniel Radcliffe) who hopes that she can lead him to the ancient lost city’s treasure from her latest story. Wanting to prove that he can be a hero in real life and not just on the pages of her books, Alan sets off to rescue her. Thrust into an epic jungle adventure, the unlikely pair will need to work together to survive the elements and find the ancient treasure before it’s lost forever.
Spoiler Level: Moderate

The Lost City is the epitome of “what you see is what you get”. With the trailers and the promos, it pitted itself as an average romcom with two big stars in the movie and that’s exactly what you get. Although the movie won’t be up for any awards for its unremarkable elements, I’d be surprised if it ever gets nominated for a Razzie. The story isn’t anything that hasn’t been done before; a treasure hunt adventure where the two protagonists eventually fall in love and find out the treasure was love and everything is basically about love. I did appreciate the fact that they did lean into and own up to this though as I think it saved the movie from being a bland movie, although in some areas it was still questionable. The story being framed as a romance novel does give it a sense of “yeah we know we’re being ridiculous, that’s the point” and not shying away from it did pay off so as not to turn audiences away. 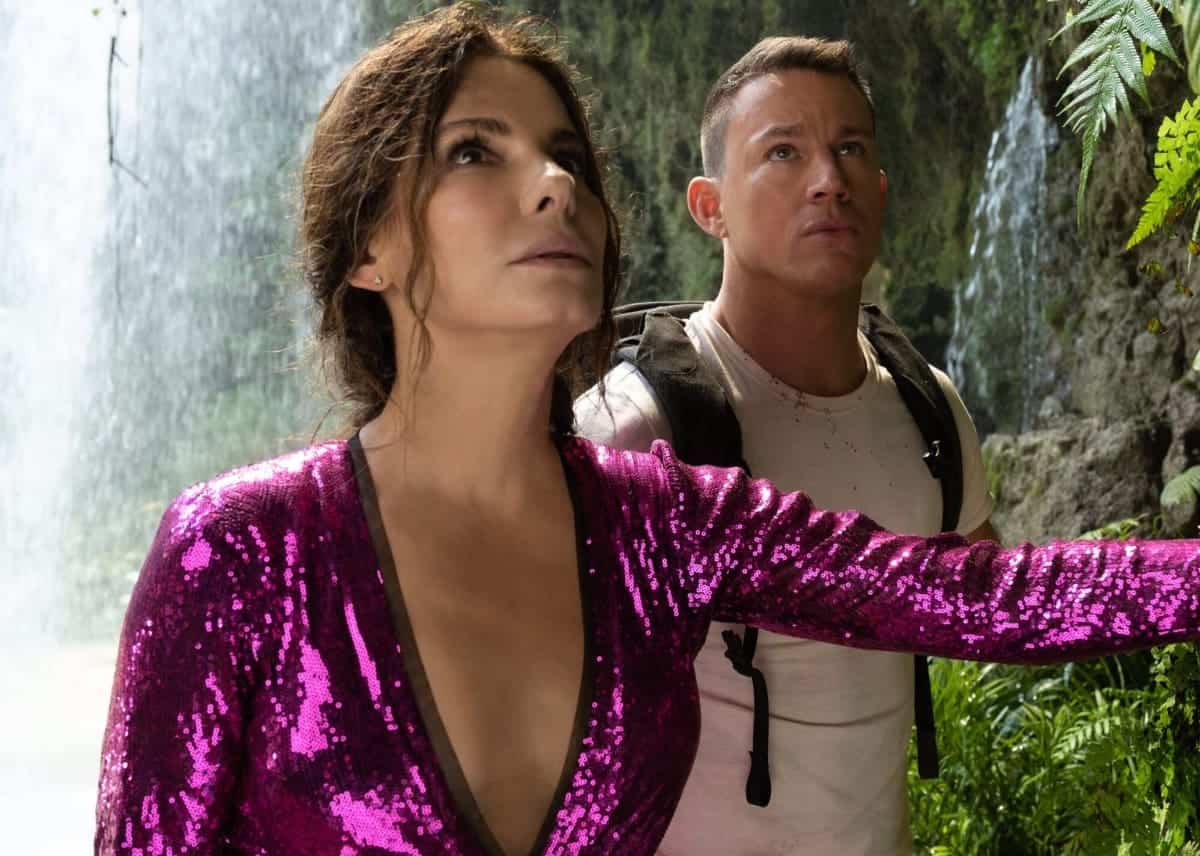 The writing was probably the weakest part of the movie, but to say that it was weak isn’t fair either. It was definitely an average writing and elevates itself by not masking itself behind what it is – a cheesy romcom. That said, there were moments that I thought could have been better. Some of the dialogue ventured on the line between groan-worthy cheesiness and comical and although it wasn’t always clear which side it was treading, I think opening it up for both allowed it to be better than what it could have been if it was just a cheesy line. Radcliffe’s character, Abigail Fairfax, was oddly reminiscent of his character from Now You See Me 2, even to the point that his first on-screen appearance was strikingly similar to each other. And I wasn’t sure why Alan (Tatum) was motivated to save Loretta (Bullock) beyond just having a crush on her. But those were probably the weakest parts of the story; everything else was average or slightly better. 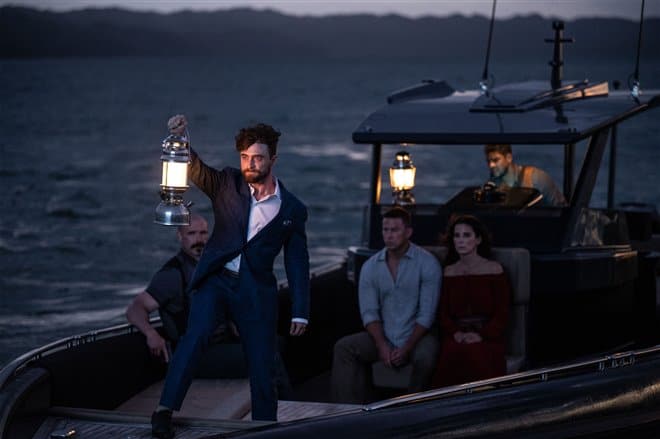 It was a lot of fun seeing the actors on screen. They all seemed to enjoy what they were doing and being their characters. Bullock always does a great job as a compelling actress; Tatum is always funny and charming and this was no exception; Radcliffe is definitely getting out of the Potter shadows as he’s taking on more diverse characters he’s playing; and Brad Pitt did a great job of being the comic relief and eye candy (next to Tatum, of course). Although the screenplay wasn’t fantastic, the actors didn’t seem to know this, which again helped saved this film from being a disaster in the box office. The production of the movie was very interesting as well. The scenery was foundational to the movie being a treasure hunt movie in an exotic area, and it was captivating. There was one scene that was stood out because of the CGI, but oddly enough it actually worked well for it and was still fun to experience. Again, putting the movie inside the context of a romance novel (Bullock’s character is a romance novel author) I think helps soften the blow with some of the shortcomings because of its framing.

Overall, this movie was just average but had elements where it lifted slightly at above average. The actors had a lot of fun with their roles, and it's definitely a fun one to watch once, but don't be surprised if you find yourself not wanting to watch it again anytime soon.

The Lost City: An Adventure With An Ordinary Twist