The Northman: To Be or Not To Be 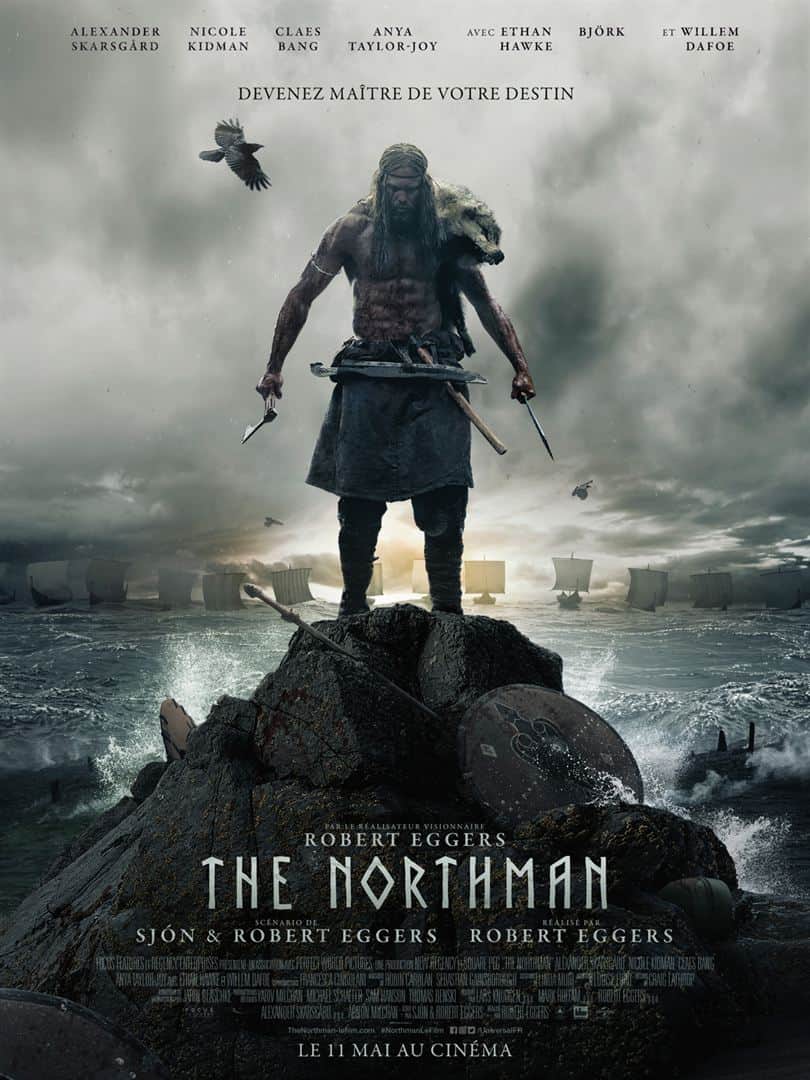 Amleth goes on a quest of vengeance to kill his uncle who murdered his father and took his mother as his new queen.

The legend of Amleth is a medieval Scaninavian story and the direct inspiration of Shakespeare’s Hamlet, Prince of Denmark, thought to be based on a lost Icelandic poem that has never been recovered.  So, there is no wonder why a movie based on the folklore should feel a bit like a Shakespearean tragedy. 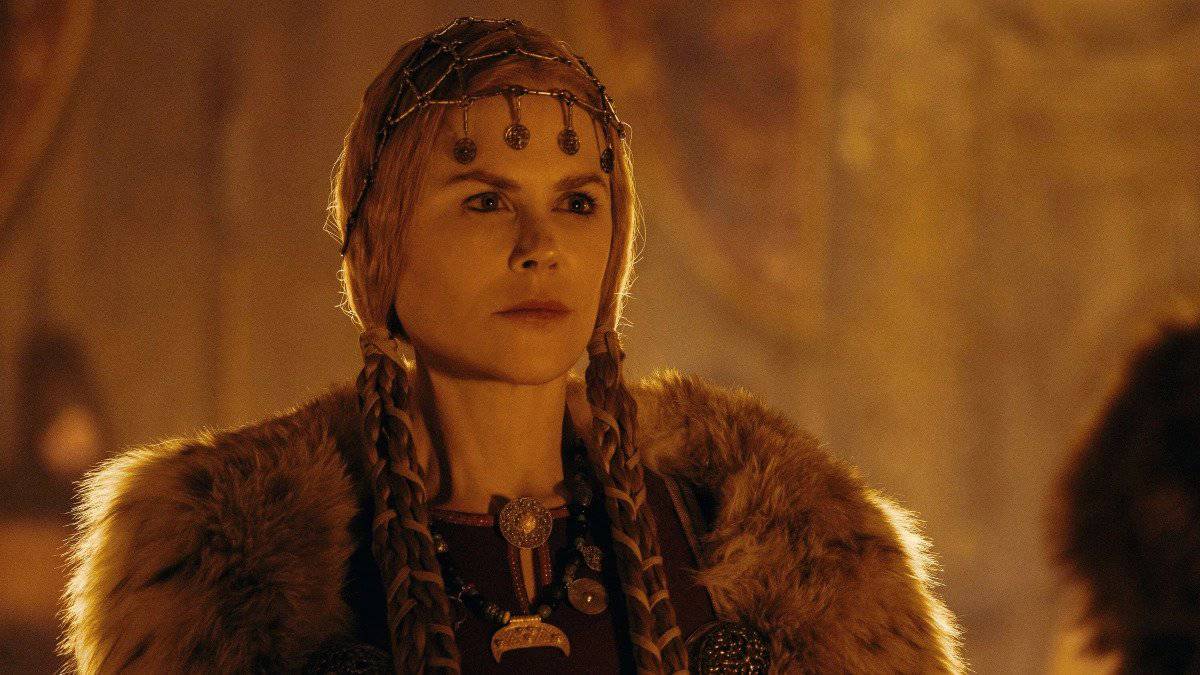 The Northman, directed by Robert Eggers, tells the story of Amleth (Alexander Skarsgård) who watches his father (Ethan Hawke) be killed by his uncle Fjölnir and his mother (Nicole Kidman) taken to be the usurpers new queen.  While escaping he vows to avenge his father, save his mother and kill Fjölnir (Claes Bang).  Amleth is saved by Vikings and raised to be a berserker (a warrior who fights in a trance like fury), After an attack in the land of Rus, he is told by a seeress in a temple that he will soon take revenge on his uncle, but that he is somehow connected to a Maiden-King.  Learning of Fjölnir’s whereabouts, Amleth disguises himself as a capture and becomes a slave in Fjölnir’s settlement where he is chieftain.  He meets and falls in love with Olga (Anya Taylor-Joy), a witch who uses earth bound magic.  Amleth is guided only by his hate and his need for revenge, but he soon finds out that his past isn’t what he thought it was, which makes him rethink his purpose. After deciding to run away with Olga, he realizes that the only way for his new family to be truly safe, is to finish his mission and kill his uncle, which culminates in the final battle between the two. 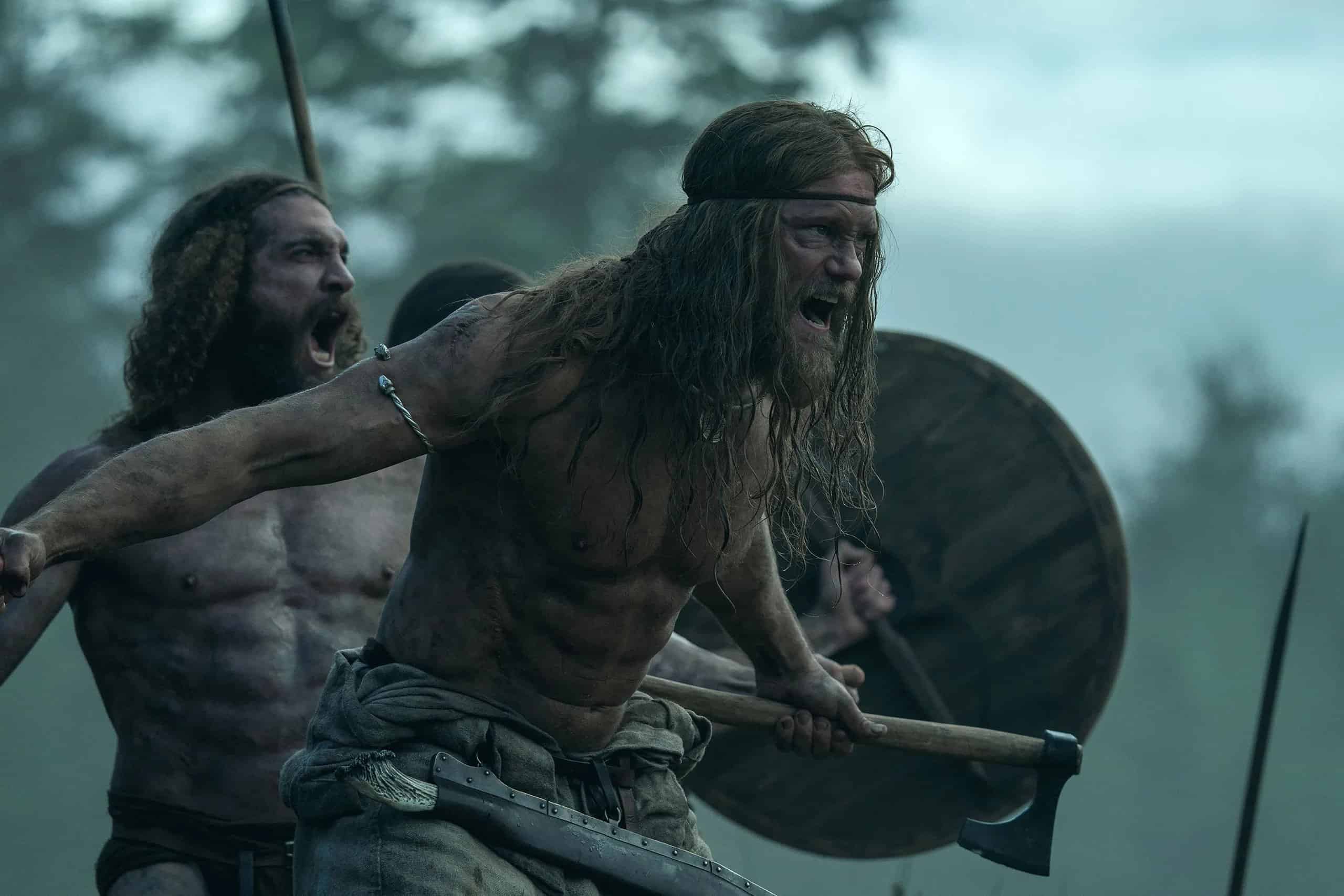 I have very mixed feelings about this movie.  It is very well made with wonderfully complex visual composition. The music was especially powerful drawing on ancient rhythms and beautiful lyrical tones. The performances are all strong, although a bit over the top at times, but in an interesting, stylized way that I enjoyed. I have been a fan of Alexander Skarsgard since he first appeared on HBO’s True Blood.  He gives a nuanced performance as Amleth, who goes from hate filled to loving and tender. in addition to looking wonderfully savage having really beefed up his body for this role (although I think they should have kept his hair long throughout the entire movie).  Nicole Kidman is wonderfully complex as Queen Gudrun who is not exactly what she always appears to be. The use of otherworldly forces was interwoven into the story, subtly making the movie feel like it belonged both in the real world and in a fantasy world. There is an element of divine intervention and magic, which matches free will against predestined fate. The fight choreography was excellent. Some movies you expect the fight scenes to be graceful almost like a ballet, but this movie appropriately showed battle as something mean, frenzied, gory, and bloody.  For the most part the story flowed well and the script had a kind of classic rhythm that was nearly poetic. 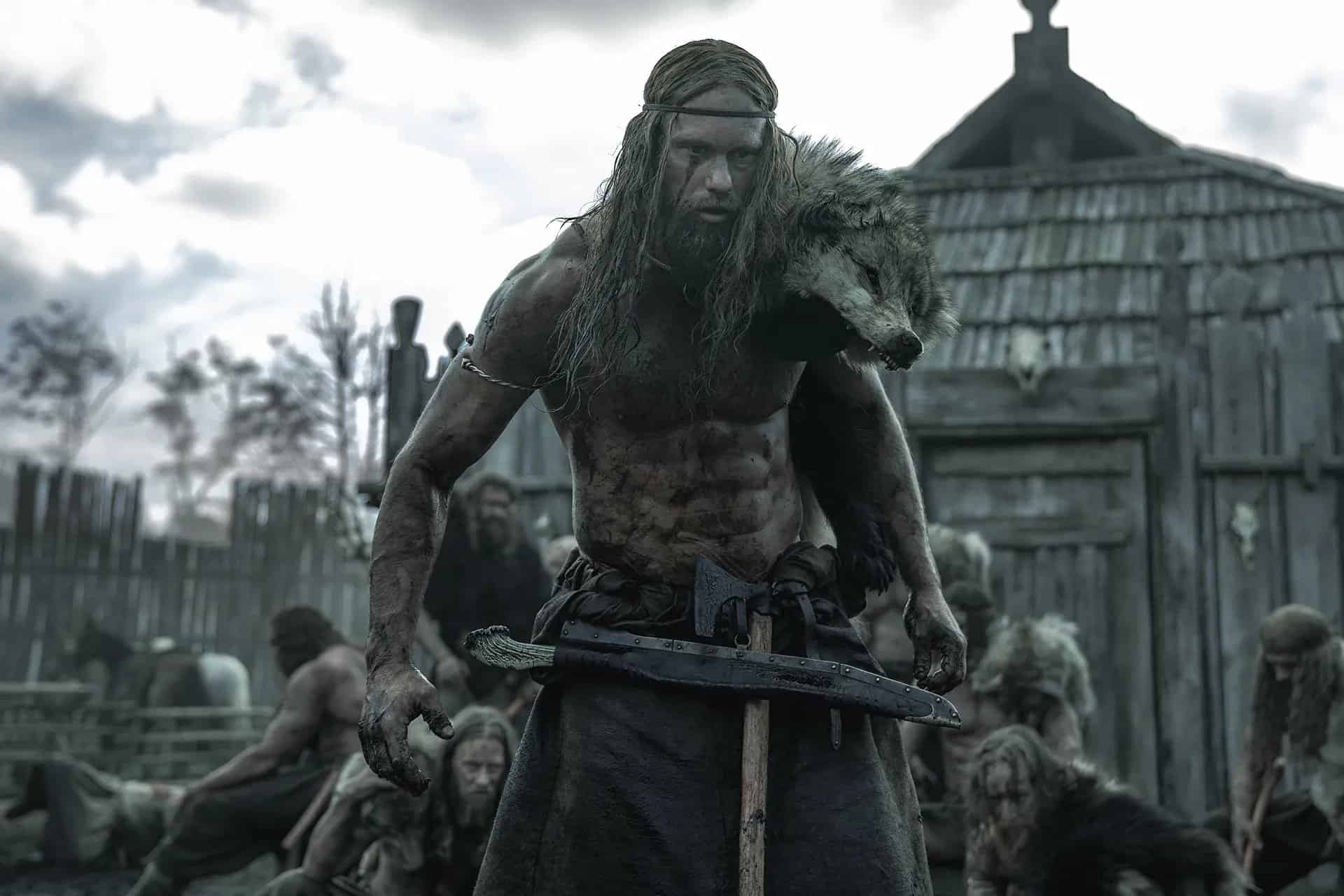 The movie was unnecessarily gory, but that is a personal preference and I am sure some people would disagree.  The real problem that has me conflicted over the movie is the actual characters themselves.  Amleth is driven only by hate, which made him strikingly less sympathetic of a character, Fjölnir has a type of wisdom and honesty while raising his son, that make you question, who really is the bad guy.  Both characters kill indiscriminately, making it difficult to decide who to root for.  In a revenge film, you want the revenge to be for something worth while, but in all honesty, I am not sure Amleth’s vengeance was justified. Almost every character in the film fall into a grey area of likeability and moral ambiguity.  There is a turning point for Amleth when he accepts love instead of hate, but by that point in the movie, it was hard to connect, although I do appreciate that his character is the one that takes the biggest journey, discovering who he really is and that his entire past, wasn’t what he thought it was and I acknowledge that growth, but I feel it came too late into the film.

Even though the story flowed well, with very strong performances, and was visually stunning, there just seemed to be that extra spark missing that would turn this film from a good revenge flick to a classic retelling of folklore.

The Northman: To Be or Not To Be