There is a medium we don’t really talk a lot about on Comic-Watch and that is live theatre.  When watching a movie, it is rare that what we finally see is done in a single take.  It is often hours of shoots and re-shoots using different angles or focuses that eventually get edited together, usually not even in the same order they were filmed.  Television is similar, but on a smaller scale and usually with a stricter shooting schedule and less time for editing.  The finish product remains the same, pretty much for eternity.  In live theatre, the story is told as it is written, and the actors create a unique bond with that specific audience.  You can go to see the same show 100 different times, and each time the performance will be slightly different, nuanced by a multitude of factors.  The audience creates its own living energy, which the actor can feel on the stage and they take that energy, digest it and feed it back to the audience through their performances.  The emotional impact a live performance can generate, to me, is far more profound.

Seeing as it is Pride Month and that the Tony Award Nominations (like the Oscars, but for Broadway shows) were announced this last week, I thought I would highlight a few musicals and a non-musical play that deals with  LGBTQ+ themes and characters.  This list is not to be taken as a full list of shows but as a select few.  There are many others that will be covered in future articles. 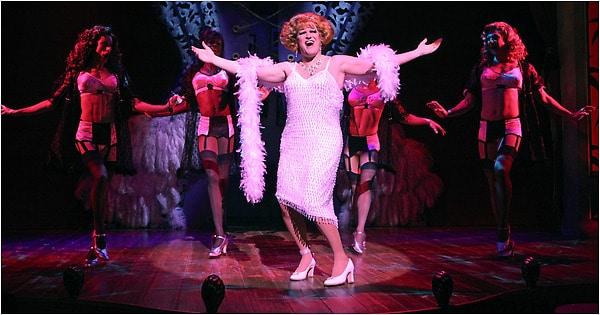 La Cage Aux Folles (1983) – Truly one of the first, if not the first gay themed broadway musical.  Based on the French play and movie by Jean Poiret, the musical tells the story of Georges and Albin (ZaZa) who own a drag club in Saint-Tropez.  When Georges biological son, Jean-Michel who he and Albin raised, gets engaged to a woman whose parents are well known extremely conservative politicians, the family must try to trick their guests into believing that Albin is Jean-Michel’s real mother.  Of course, nothing goes to plan and hilarity ensues.  With music by renowned composer, Jerry Herman (Hello Dolly, Mame, Mack & Mabel) and book by gay activist and actor Harvey Fierstein, the show is a light hearted classical based musical comedy.  In a time where anti-homosexual sentiment was on the rise due to the new AIDs epidemic, the show gave middle America something they could relate to and won the 1984 Tony Award for Best Musical, Best Book and Best Score. There are songs that a lot of people have probably heard that do not know they are from this show. “I Am What I Am”, “Look Over There” and “With You on My Arm” being three of the more famous. 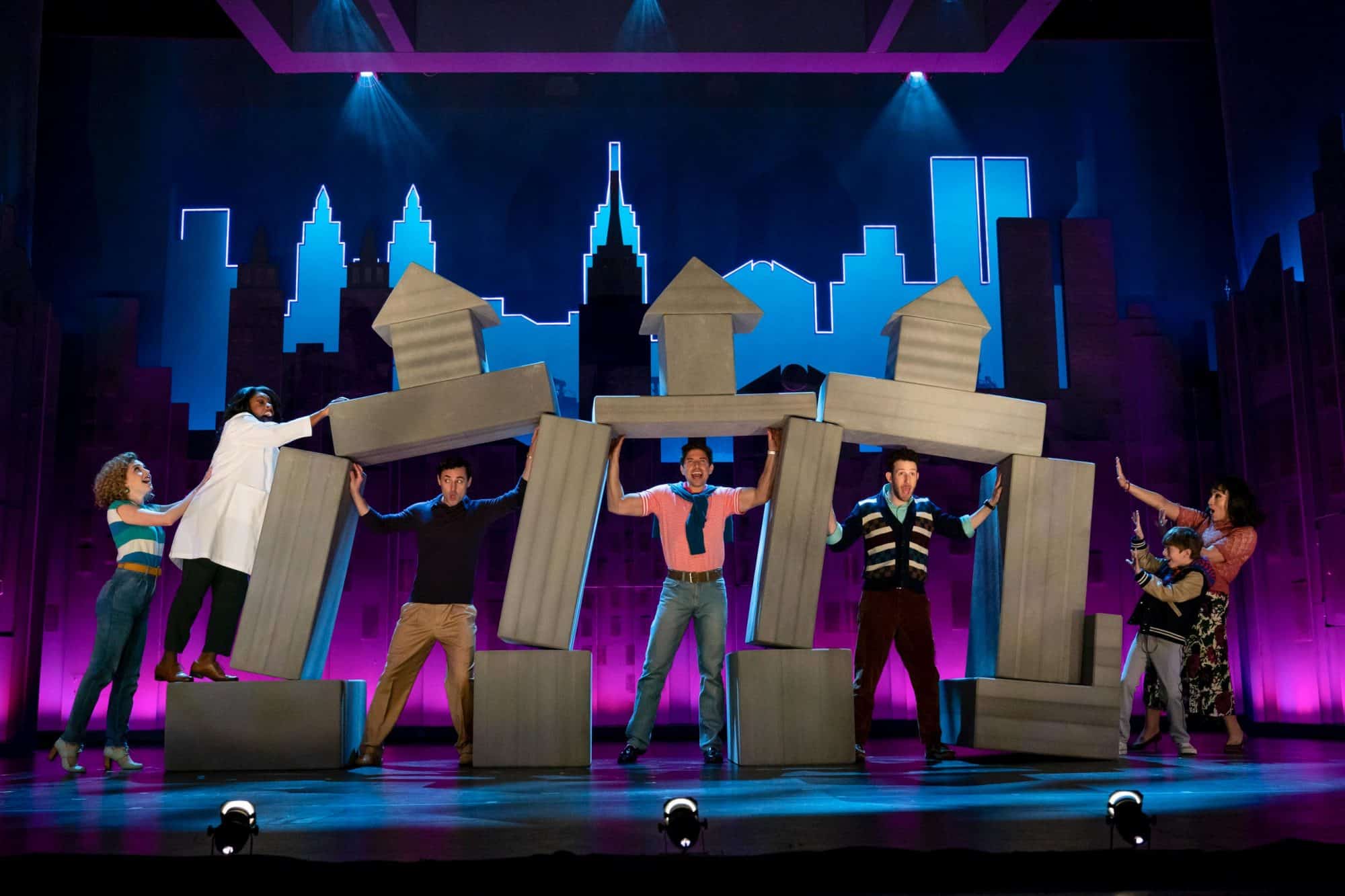 Falsettos (1992) – Originally two one act musicals, March of the Falsettos and Falsettoland, the finished show, known just as Falsettos, tells the story of Marvin, a Jewish man who leaves his wife and son for another man, Whizzer in 1979 New York.  Marvin tries to integrate Whizzer into the family, but his wife Trina doesn’t want that, and Jason, their son is afraid that since his dad is gay, he may end up being gay too.  Two years later (1981), Marvin and Trina are preparing for Jason’s bar mitzvah, and Trina’s upcoming wedding.  Marvin who had broken up with Whizzer is still not over him and they reconnect, but soon Whizzer gets sick and it is revealed that he has an unnamed disease we now know as AIDs and this new “Modern Family” must figure out how to move forward in this world as they all try to deal with love and loss.  The show has music and lyrics by William Finn and book by Finn and James Lapine. The show is emotional but tells the story with humor and compassion. A live performance of the 2016 revival was filmed for PBS Live from Lincoln Center, and is available on some streaming services. 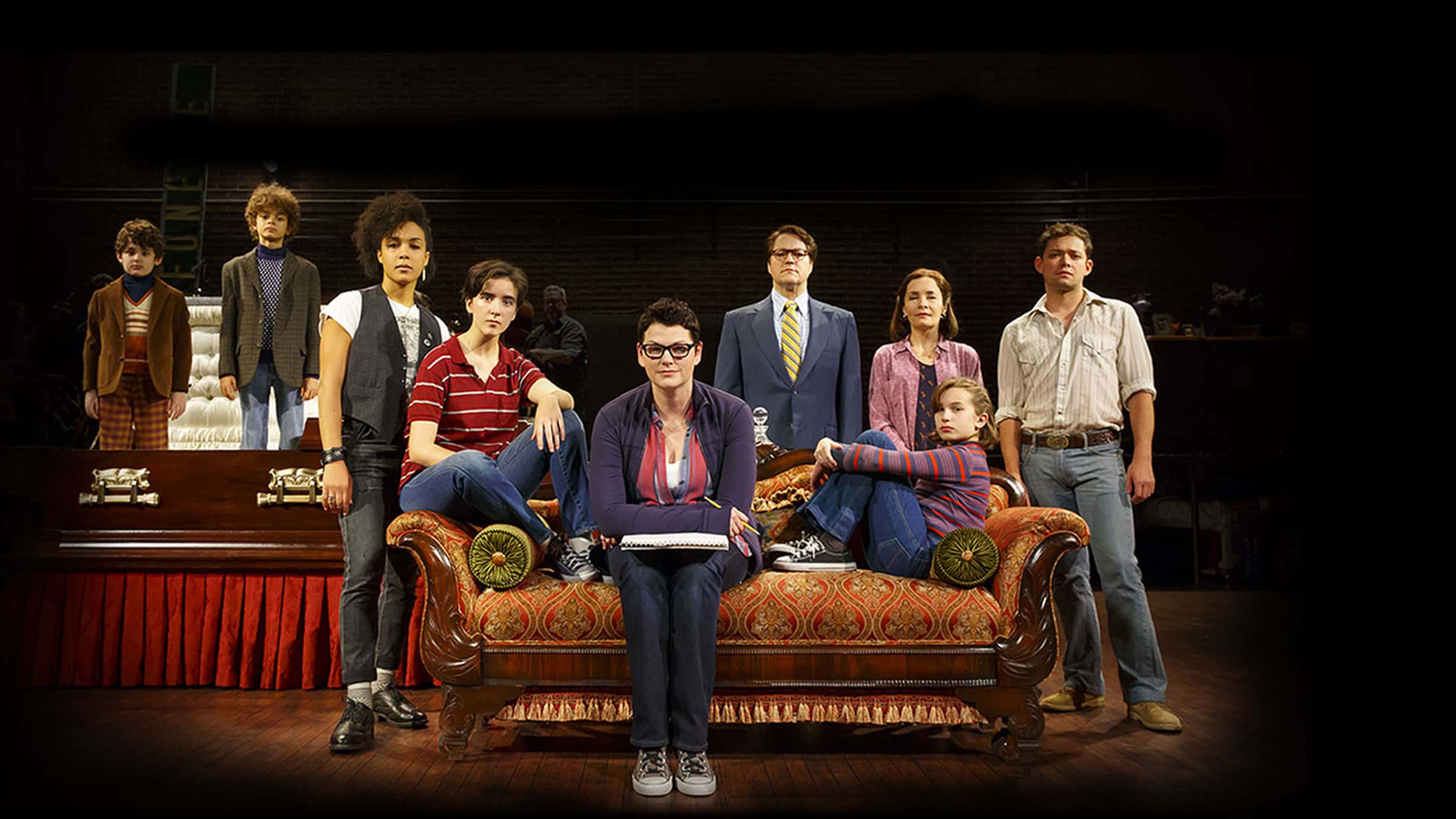 Fun Home (2013) – Fun Home is a musical memory play based on the autobiographical graphic novel by Alison Bechdel.  The non linear story consists of Alison at three different stages in her life, remembering growing up, realizing she was a lesbian, coming out to her family and her relationship through it all with her family and her closeted homosexual father, who eventually commits suicide. The title refers to the family business, which was running a funeral home. The music by Jeanine Tesori with books and lyrics by Lisa Kron, is emotional being both soulful and humorous at times.  The show is a “Coming of age / coming out story”, but being told the way it is, allows for the audience to see how an adult, looking back to their youth, can now see both pain and love that they completely were oblivious to before.  Even the white lies that parents tell to protect their children become exposed.  The musical won the 2015 Tony for Best Musical, Best Book and Best Original Score. 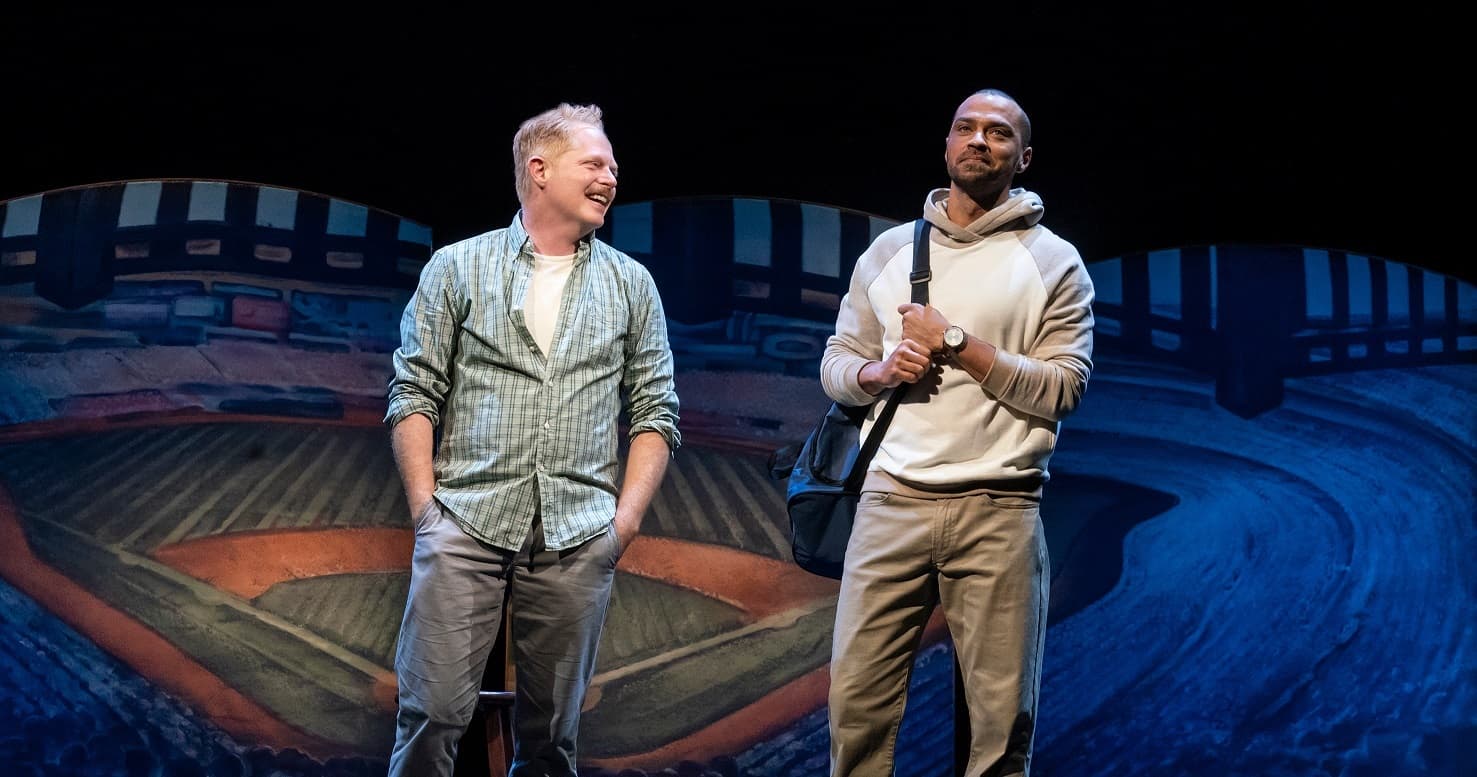 Take Me Out (2002) – The current revival of this show just won this week the Tony for Best Play Revival and several of the Actors involved were also nominated, so I thought this would be a good show to talk about.  The play by Richard Greenberg is told in three acts and involves Darren Lemming, a mixed-race center fielder for the fictional Empires Major League Baseball team.  When Darren decides to come out of the closet, he is warned by a friend and fellow teammate that it may cause some problems and ill feelings toward him.  But his hubris gets the better of him and he does it anyways.  When a new pitcher comes on the team, who is both racist and homophobic, things get intense, and a death even occurs that could have been an accident or done on purpose.  I have not seen this show, although I have really wanted to.  I have read the full script and it is amazing but also sort of disturbing in what I would imagine is an accurate depiction of what it could have been like in 2002 for a sports star to come out.  At the time the play was written, no active player in the Major Leagues had ever come out.  The play deals with the hard themes of homophobia, racism, classism and masculinity in sports.  Much of the action of the play takes place in the locker room and showers. The play won the 2003 Tony Awards for Best Play, Best Performance by a Featured Actor in a Play and Best Direction of a Play.