They/Them (They Slash Them): Being Your True Self

They/Them (They Slash Them) 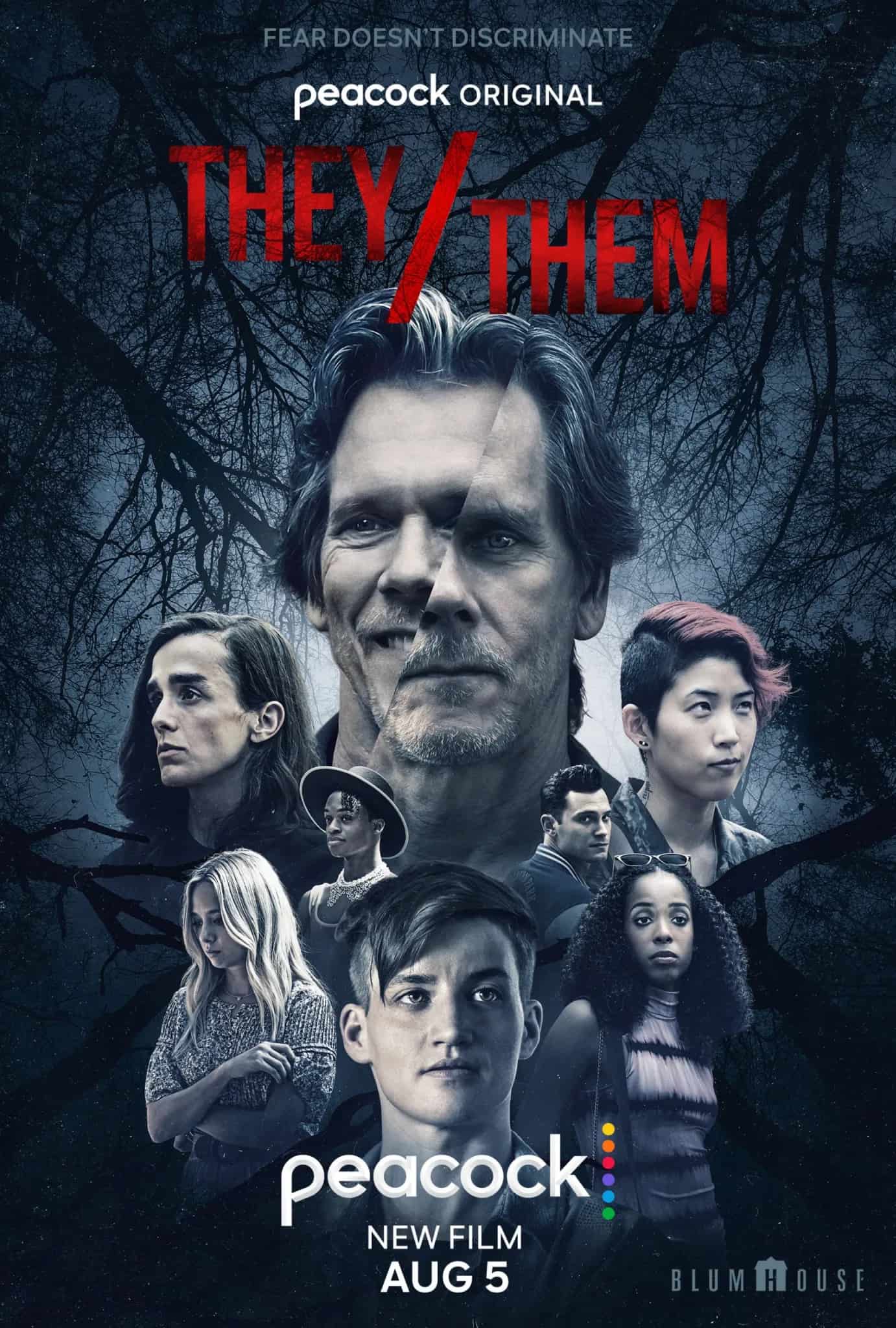 Kids at a gay conversion camp, must survive both the camp counselors and a serial killer.  Still not sure which is the more evil!

First, a message to Hollywood and a bit of a spoiler, STOP KILLING ANIMALS!  I cannot stand seeing an animal put in danger on screen, and one particular scene in this movie is unnecessary and heartbreaking, there are other ways to accomplish what was accomplished and to advance the plot.  Now that is off my chest, we can continue with the review.  They/Them is a new slasher film from Blumhouse Productions and concerns teens at a gay conversion therapy camp.  The movie really is two different horror films merged into one.  First, you have the torture the kids go through at the hands of the camp counselors and the evil tactics that are taken to “cure” the teens from their afflictions.  Second, you have your standard summer camp slasher flick, where someone is picking off people one by one. Both scenarios are terrifying on their own and more so when combined. 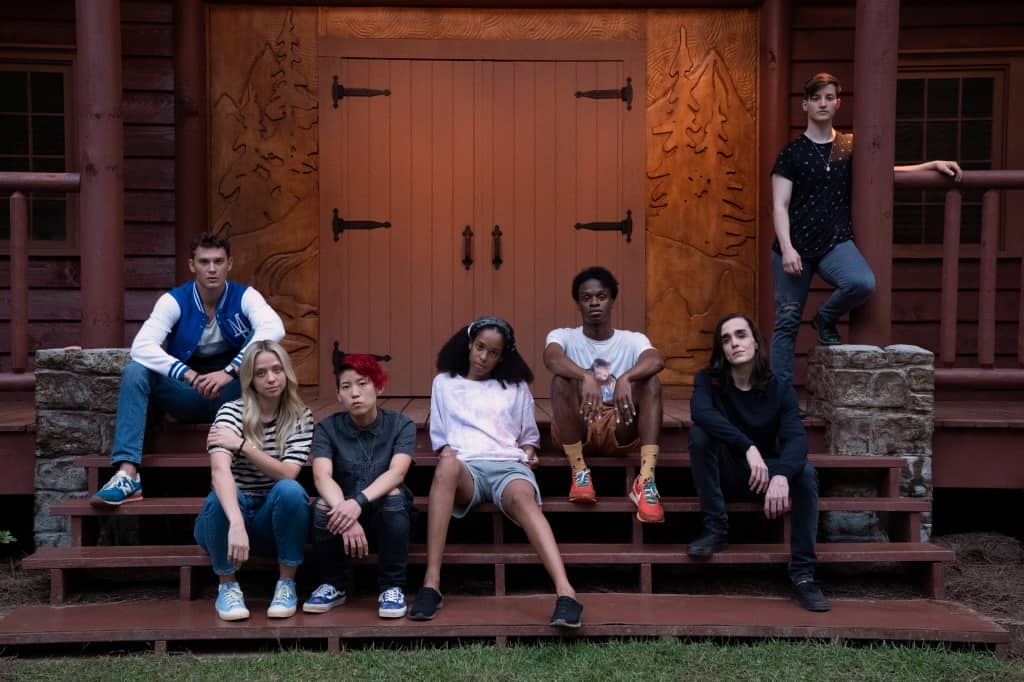 The main camper is Jordan (Theo Germaine), who is trans and identifies as “they/them”.  At first the counselors, lead by Owen (Kevin Bacon), seem to be nice and there to help these kids find their true self, but under the surface, their techniques are both physically and psychologically devastating. Jordan sets out to prove everything Owen is trying to teach is contradicted by his very existence.  While remaining calm, you can see Owen seething underneath.  But just as the kids are planning to escape the torture of the camp, dead bodies begin popping up and Jordan must help his new friends survive. 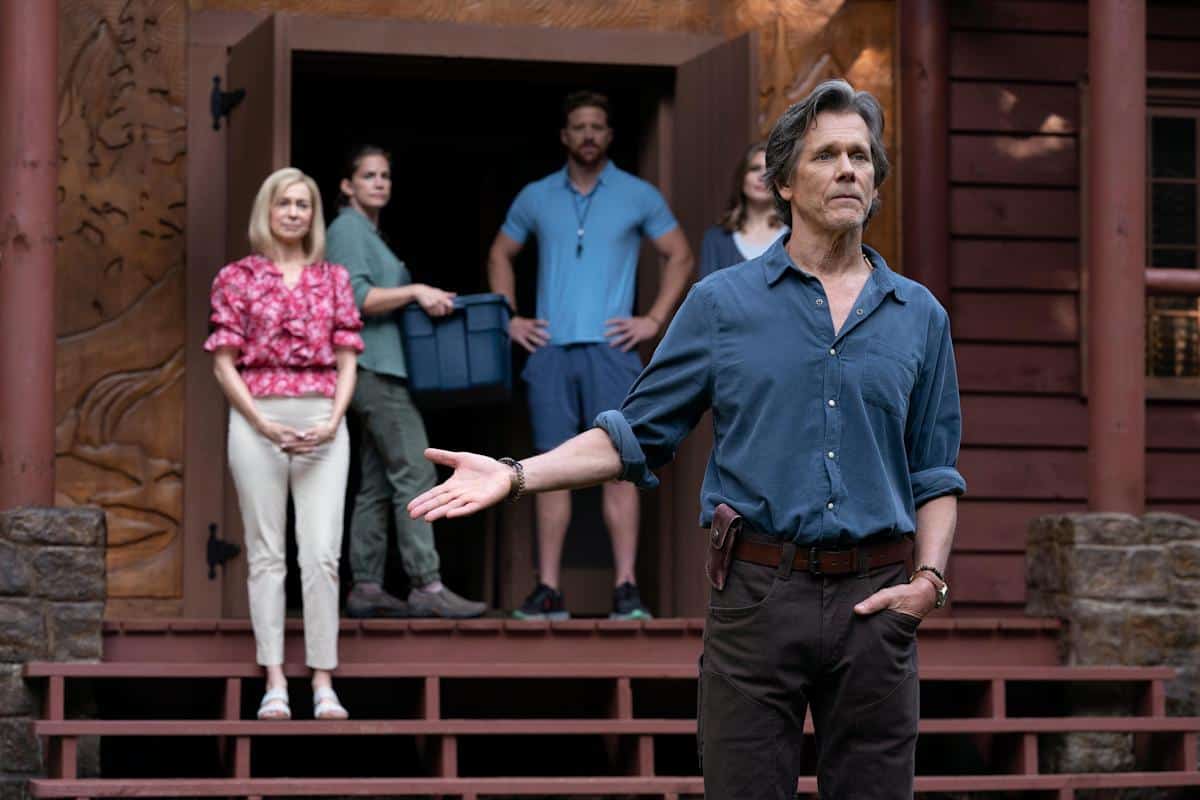 The cast for this film is very well chosen.  Kevin Bacon is as charismatic as ever and lures you in with his fake “nice guy” personae.  The campers represent a wide variety of personalities and mannerisms representing different levels of cliche masculinity and femininity.  Some of the characters were a bit stereotypical, but the actors were able to make them feel like real people.  There are tensions between the kids until they bond in a particular scene which allows them to begin to not only accept themselves, but to understand and even love each other.  There are some very tender and touching moments in the script with some good dialogue.  There is some nice use of imagery depicting the duality of the human spirit.  The mask the killer wears for example, is two grotesque faces sewn together.  This could represent both the masculine and feminine natures within us all, or it could represent the mask most gay people must wear that covers up their true selves.  The storyline is interesting and merging the two different aspects of the story together wasn’t as clumsy as it could have been, but it does boil down to a pretty cliched and predictable slasher film.  The conversion camp setting, in itself, is horrific, just in the fact that these places really do exist.  And where I don’t doubt that they vary in degrees of evil, this one seemed a bit watered down.  I am not certain if that is for the audiences comfort level or as a plot device to deceive the audience into believing that Owen and his counselors really are good people, just trying to help, creating a contrast when the torture they inflict is revealed. 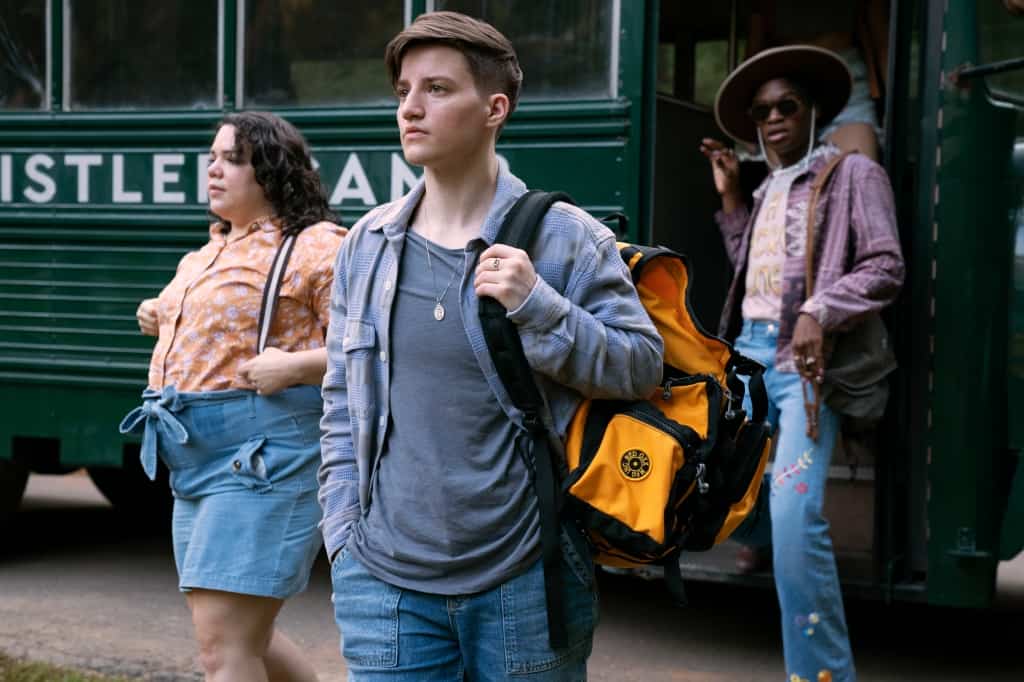 As a gay man, I meet this film with mixed emotions.  I love the fact that the main character is a trans person who kicks some ass, proving all the gender stereotyping wrong.  I love seeing positive and diverse LGBTQ+ characters finding themselves and flourishing.   But the fact that camps like this do exist infuriates me, and sometimes it is tough to watch knowing that there are people out there who really do believe that I am in some way broken, for loving who I love.

Overall, I liked the film, It is a fun slasher flick with a bit of heart and some good characters well portrayed by some great actors.

They/Them (They Slash Them): Being Your True Self