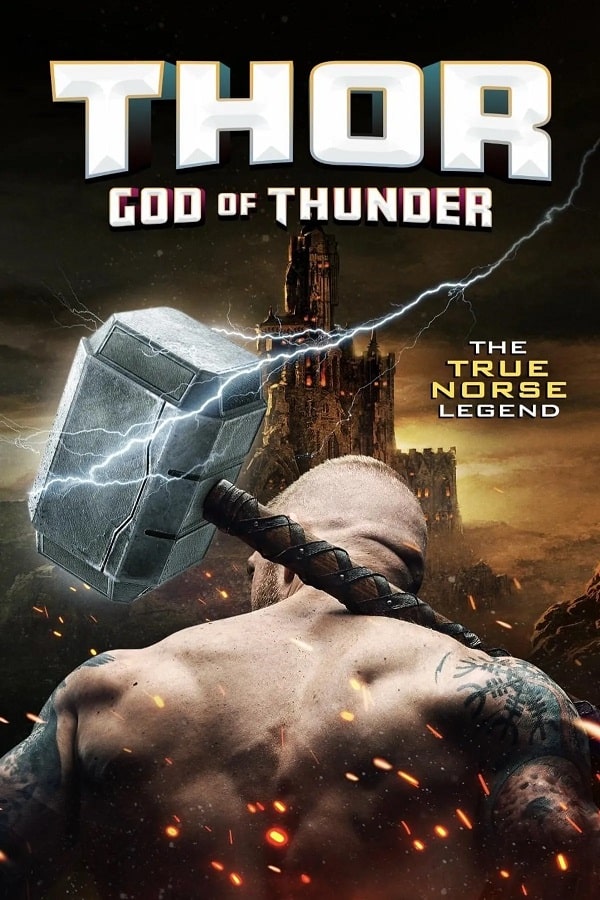 Thor chases his brother Loki to Earth to attempt to stop him from causing Ragnarok!

With the popularity of a movie, Hollywood likes to crank out cheap knock offs. One of the main contributors to what is commonly referred to as “Mockbusters” is the production company called “The Asylum”.  Just in time for Marvel’s release of Thor: Love and Thunder, Asylum has released Thor: God of Thunder, which is not at all related to Almighty Thor which they released in 2011. In this version, Thor (Myrom Kingery) chases after his brother Loki (Daniel O’Reilly) after he escapes from the Asgardian prison and fatally wounds Odin (Vernon Wells). Loki plans to awaken the wolf Fenrir, who has been trapped on Earth for centuries, bring forth Ragnarök by destroying Yggdrasil, the tree that hosts the nine realms and once destroyed, Loki can plant a new one where he can control all the realms. To destroy Fenrir, Thor must find the missing half of an amulet.  He is joined by a group of archeologists who have discovered the tomb of Fenrir.  Loki is able to awaken Fenrir and Thor attempts to keep his new human friends safe, but some were destined to perish.  In the end, Loki completes the amulet, and just when all seems lost, Thor can defeat his foes and return to Asgard to join a revived Odin. 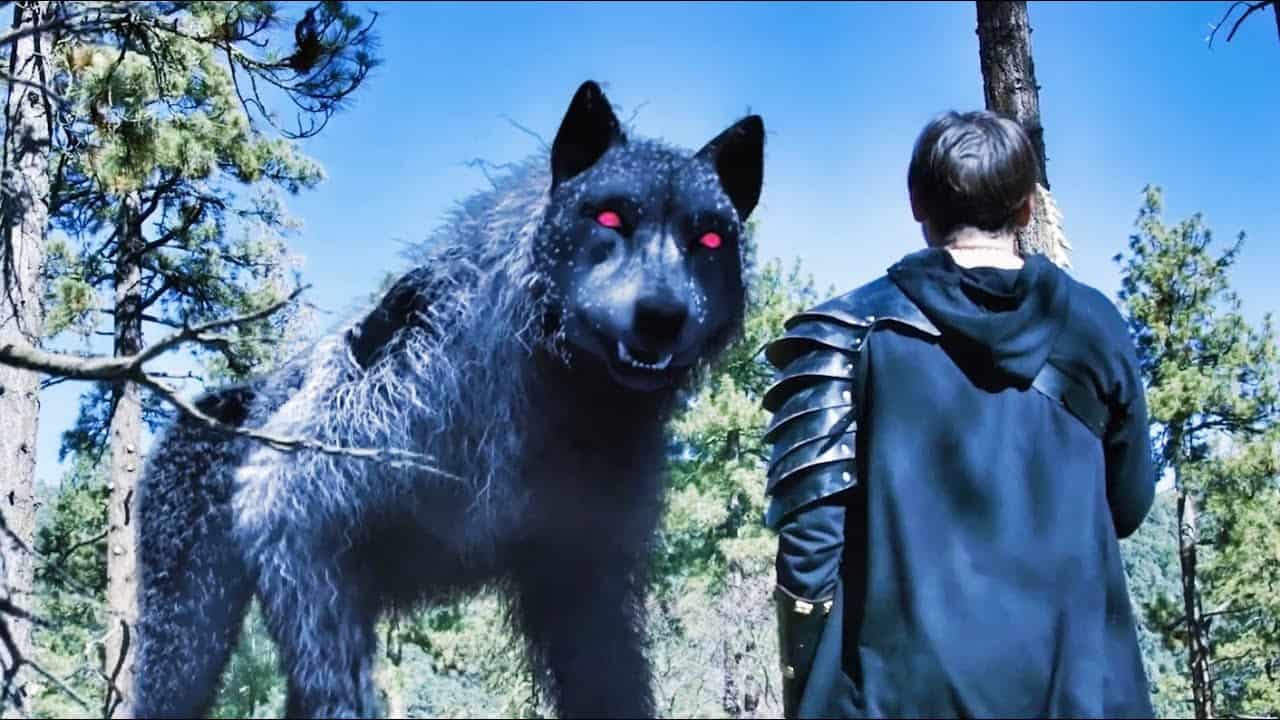 “The Asylum” is not known for its quality, and what they churn out is often on the level of a SyFy channel movie, but in a campy way, many of their productions can be fun to watch.  Thor: God of Thunder is one of their larger budget ventures, but that isn’t saying much.  The production value is very low.  The Asgardian throne room reminds me of your distant cousin’s wood paneled mobile home in a trailer park, who watched a bit too much HGTV and Game of Thrones and decided to redecorate.  Odin’s magical staff looked like PVC with pieces of tape rapped around it and painted glittery gold with a very odd glowing cylinder in the middle (I literally have made staffs that look much better than this thing did). The special effects were for the most part terrible.  The flooding off the coast of California and a collapse of an overpass looked real enough, but Fenrir was laughable.  And they reused the same image of Asgard, over and over again.  The plot was good and the story clipped along at a decent pace.  The script was inconsistent, with some wonderful and touching speeches and scenes, mixed in with some terrible corny dialogue. 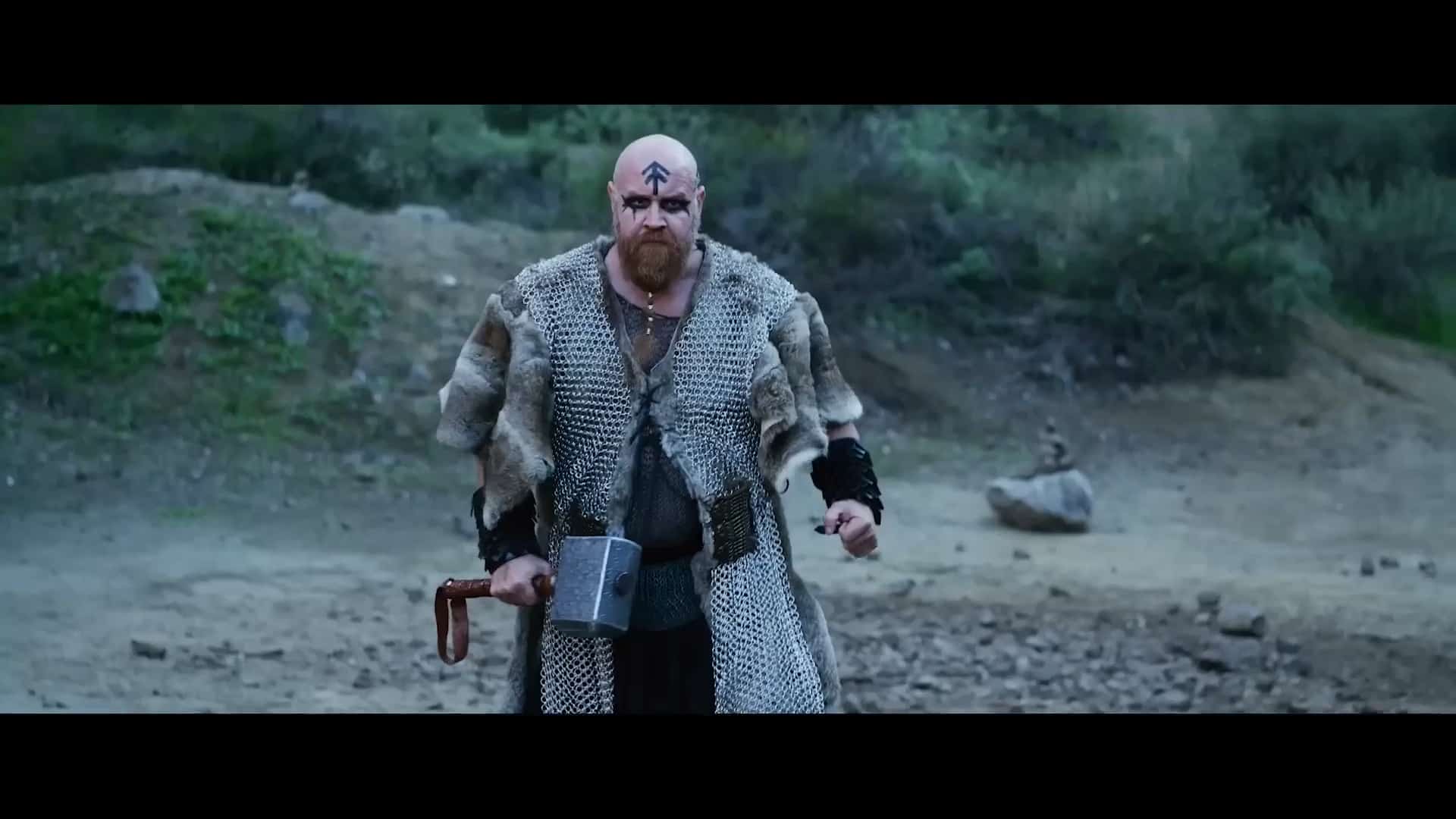 The true saving grace were the majority of the actors, which were actually really good.  Vaune Suitt who plays Grace Choi, the female lead, did quite well with what she was given, and really carried her part of the movie.  Her best friend Adrian (Neli Sabour) was also a capable actor.  Daniel O’Reilly was a charismatic and fun Loki.  Myrom Kingery, who plays Thor had a wonderful seductive deep voice with a kindness that puts people at ease.  I felt at first that he should have played Odin, as he looked a bit “un-Thorish” and his commanding presence would have made a much better Odin than Vernon Wells, but by the end of the movie, I think he was a good, albeit very different, Thor.  It is a shame that his costume was not flattering at all.  Myrom is a weightlifter and has a stunning physique, that was hidden under a lot of chainmail and fur.

As a low budget "Mockbuster" goes, this one is really pretty good and fun to watch.  The leads are capable actors.  The story is interesting and there are some powerful scenes, but the script lacks cohesion and contains some really corny dialogue.