Villains: The Gentleman’s Name is Magneto

There is a difference between a “Villain” and a “Bad Guy”. Although the names are often used interchangeably, a “Bad Guy” would be like Marvel’s Magneto (and basically most super villains) in his early appearances. You know…the maniacal laugh, the dialogue (“First I’ll destroy The X-Men and then…the world!!!”), and being bad for bad’s sake. As comics evolved, Magneto turned into a great example of a “Villain”. ..holding his convictions to be the truth, and, building on his backstory of the horrors he faced for being a mutant, he came to believe that Homosuperior (mutants) were the next stage of evolution, better than regular humans. There were times he tried to follow Professor Xavier’s non-violent approach for mutants to live peacefully with humans–he even lead Xavier’s New Mutants for a time–but eventually acquiesced to his original ideals that there can be no peace between mutants and mankind. 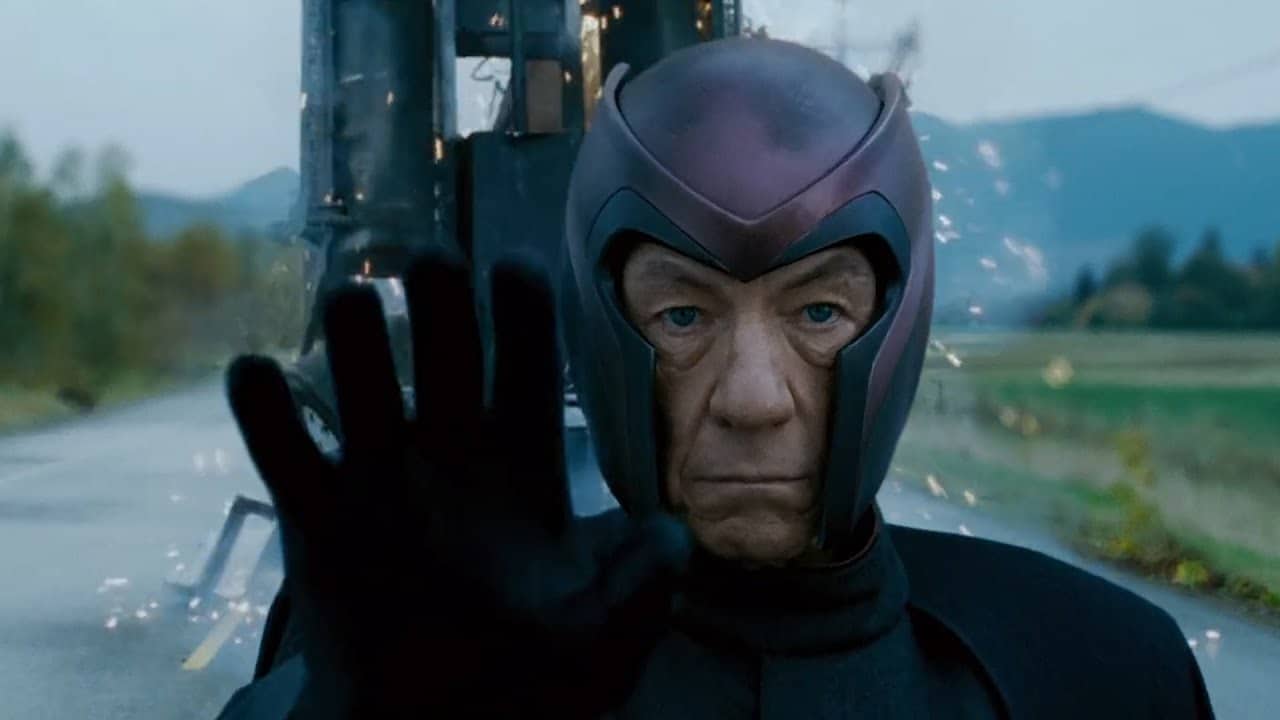 When the first X-Men movie premiered, ushering in the age of comic book super hero movies, we got the most perfect casting of Professor X and Magneto. Patrick Stewart, a fan favorite for the role, played Prof. X and the role of Magneto went to his dear friend, the venerable Sir Ian McKellan. Their meeting at the beginning of  X-Men was one of the greatest moments in the X-Men franchise and, along with the film’s epilogue where Charles visits Eric in a “plastic prison”, elevated a mediocre movie (by today’s standards–we all loved the film when it was released plus we got the perfect casting of Hugh Jackman as Wolverine who would go on to steal every movie he was in).

McKellan’s Magneto was old and weary and done with trying to reason with humans who simply would never accept mutantkind so his answer in the first film was like, ok, let’s see what happens if everyone is a mutant. A little extreme, a little silly. In X-Men 2, Magneto forges an uneasy alliance with Prof. X in order to defeat a common enemy: Stryker. The third movie found Magneto on the defensive again when a “cure” for mutants is found. The sequels and prequels to X-Men have been a hot mess with any sense of continuity thrown out the window. The one commonality they had was, ironically, Dark Phoenix. The producers decision to adapt this comic book story–but use nothing from the comics in telling it–not once but twice killed both the first series of movies and the prequels.

As far as those prequels…they begin nearly 40 years before the first X-Men movie so the roles of both Prof. X and Magneto, as well as most of the other heroes (except Wolverine), had to be recast. Beginning with X-Men First Class, Michael Fassbender becomes young Magneto. Fassbender makes the role his own…perhaps a tad too much because watching him in the role you never quite see or imagine an Ian McKellan in him. They are like two different characters. When an actor comes along to play a younger version of another actor’s character, I think it is incumbent on the new actor to try and work something about the older actor’s performance in so you can actually believe the two actors are playing one character. But Fassbender does give us a great performance and gets a lot more story to deal with…from his WWII days (played by yet a younger actor for the few scenes he is in) to his trying to live a life free of persecution. Of course, the X-Films show no signs of caring about continuity and Magneto’s meeting Charles Xavier is not how it was described in the first film. For this exact reason I am not going to get into any of these film’s storylines except to say X-Men: Days of Future-Past, which was my favorite of the prequels, is used as a clumsy reason to change things such as Cyclops being a teen-ager 30 or so years before we see him as a 20-something adult in the first films. You literally cannot work any logic into trying to connect all these films together…it just does not work.

Stories aside, Magneto remains one of the very best super villains ever to come from Marvel and deserves a spot next to Loki, Dr. Octopus, Mysterio, and possibly Thanos as the top Marvel super villains from the Marvel films–in or out of the MCU.

Villains: The Gentleman’s Name is Magneto