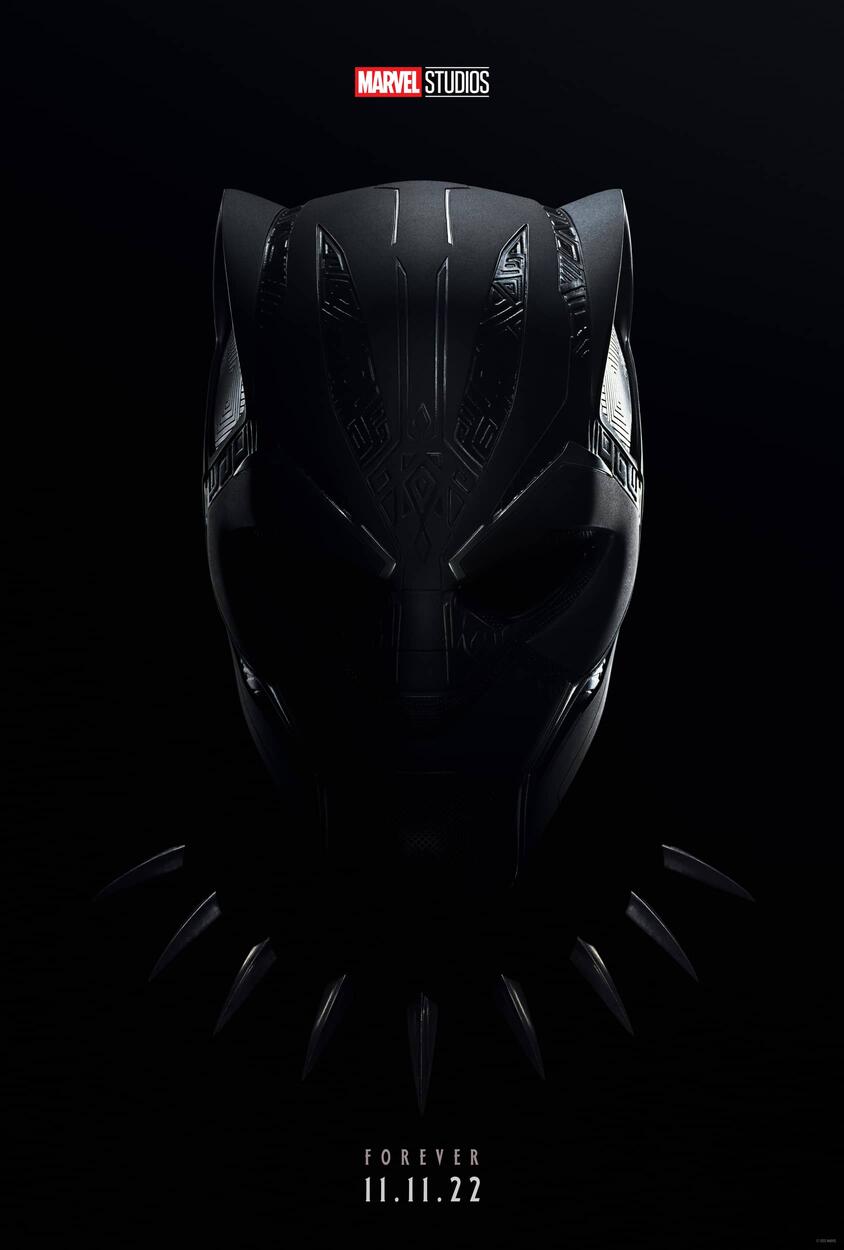 When vibranium is detected outside of Wakanda, a new world power comes into play to protect an underwater empire.

Sometimes the anticipation of a movie can hamper the movie going experience with great expectations creating disappointment.  This is how I felt watching Black Panther: Wakanda Forever. The movie, taken on its own, was enjoyable and had many elements that were well done, but it is difficult not to compare it to its predecessor and in doing so, see how it pales in comparison. So, even though I liked the film and would recommend everyone to go see it, I also left with a profound sense of inefficacy mixed with the sadness over the loss of Chadwick Boseman and the movie we should have got. 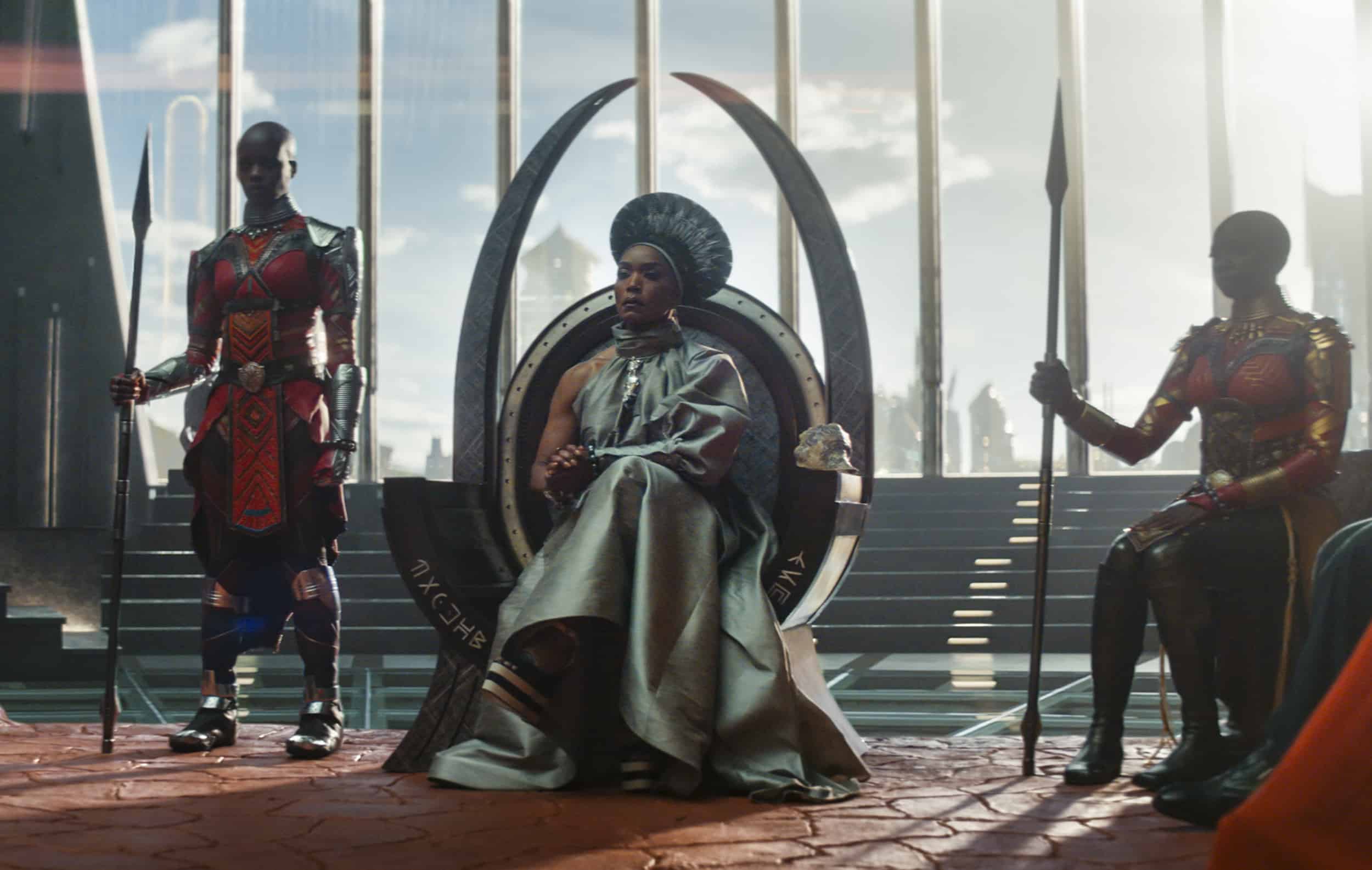 The story jumps right into sadness, with T’Challa, King of Wakanda, dying and his people and family mourning his loss.  A year later, Wakanda is being pressured to provide vibranium to other countries, who are also trying to take it by force in armed raids on Wakandan research centers. A device created to sense the metal detects vibranium in the ocean and a team is sent to investigate but is killed by Namor (Tenoch Huerta Mejía), king of the underground empire of Talokan and leader of an army of blue-skinned, water-breathing people. Shuri (Letitia Wright), T’Challa’s Sister and Queen Ramonda (Angela Bassett) are still morning the loss of their king, when Namor approaches them, demanding that they help him find and kill the person who built the machine that could detect vibranium.  Okoye (Danai Gurira) the general of Wakanda’s armies, has a covert plan with the help of Everett Ross (Martin Freeman), the CIA agent who has helped them previously and who owes Shuri his life, to find the scientist and protect them.  The rest of the plot is how Okoye’s plan fails and the conflict it causes with the kingdom of Talokan leading Shuri to make some very tough choices guided by M’Baku (Winston Duke) the leader of the Wakandan mountain tribe called the Jabari. 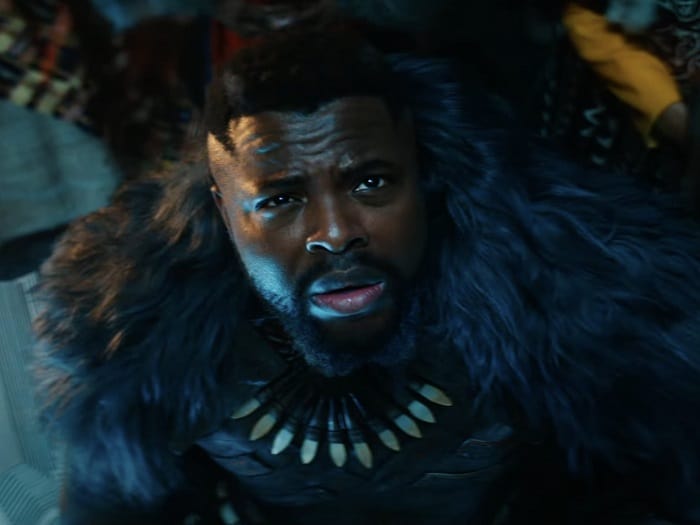 The Good: I love the mixture of tribal traditions and high technology. There are some wonderful scenes highlighting this and it points out how “Utopia” really is finding the balance between natural elements and human advancement.  Wakanda shows this in several ways, and so does Talokan to a lesser degree.  For the most part, the acting is superb.  Angela Bassett is amazing as Queen Ramonda.  She is proud, stubborn, caring, gracious, wise and regal.  She knows how to carry herself as both a mother and as royalty.  I enjoyed Dominique Thorne as Riri Williams and am looking forward to seeing more of her in her own series, Ironheart, but I don’t think we got enough of her in this movie.  I would love to see an entire movie with M’Baku played by Winston Duke.  He is a great actor who can deliver both a comic performance, and an emotionally dramatic one.  He is the wise voice of reason in this film and has grown as a character from the first movie, showing him as less impulsive and more as a good and wise leader.  Very similar to Winston is Danai Gurira, who does some amazing work here.  She goes through a range of emotions throughout the film and each one felt like it came from a place of truth.  And finally, I liked Namor and thought Tenoch brought a charismatic element to the performance.  I understand his fear of the surface world in a never-ending exploitation and colonization for the soul purpose of raping the earth of its resources.  Although I don’t like his murderous tactics, I understood his motivation and there was a kind of humanity, with a combination of humility and pride, that the actor brought, that I wasn’t expecting. 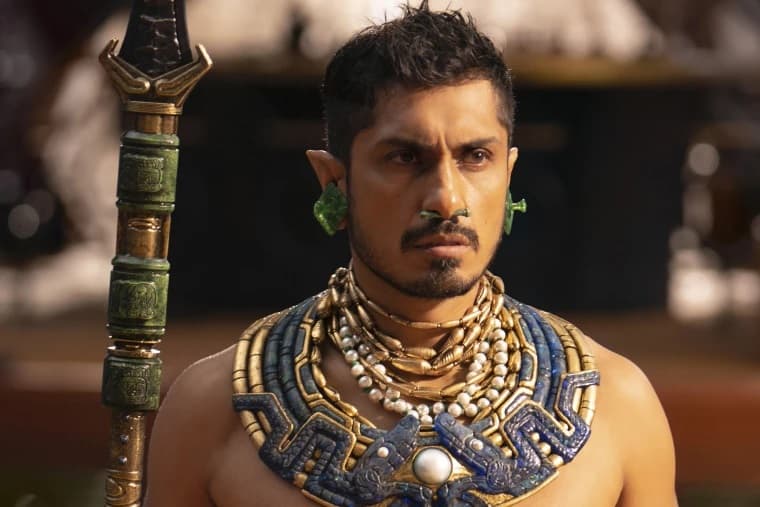 The Bad: The first thing I am going to list is more of a personal pet-peeve and few people will even notice this, but it is a big deal to me.  All movies have what I refer to as rhythm, and the rhythm of a movie needs to beat like a heart.  This is different than pacing but can be related.  If the rhythm feels off and out of sync, I have a very hard time connecting to the movie and truly being able to enjoy it.  And in the case of Wakanda Forever, both the pacing and the rhythm felt off.  This is the hardest thing to describe to people, because it is an internal feeling and not something you can really point at.  The movie is very long, and it didn’t really need to be.  There are characters that felt like were brought back for no real purpose. I liked the tribal music composed for the film, but the insertion of pop songs, like Rihanna’s “Lift Me Up”, although a wonderful song, felt out of place to me.  The production value didn’t have the grandeur of the previous movies.  The special effects weren’t as “special” as I was expecting and some of the CGI looked like “CGI” losing a sense of reality.  The visual scope also seemed to be toned down.  I am not sure if this was done to create a sense of intimacy between the audience and actors, or a budget thing.  But there is talk of an “underwater empire” and what we actually see isn’t really that grand or spectacular.  We never really see “Talokan”, only the murky depths of the ocean. We also don’t see a lot of Wakanda and what we do see feels smaller and less amazing than we have seen in the past. 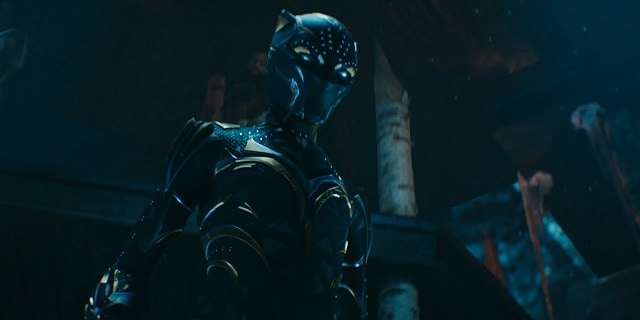 I would just like to remind the readers of this article, that this is only one person’s opinion, and we should never make a judgement or judge other’s based on a review.  This movie did not touch me the way I was hoping it would, causing me to leave the theatre feeling disappointed. Other people may absolutely love this movie and think it far surpasses the original and to them that is their truth.  But it isn’t mine, and that is okay!

Not sure this is really a good thing, but it isn’t really a bad one either, but the tributes to Chadwick Boseman were nicely done and I will admit I shed a couple tears, but I am not sure the film spent the time and adequately showed the Wakandan people’s reactions to T’Challa’s death and their mourning lessening, at least to me, the emotional impact it could have had.