Zack Snyder’s Justice League: And Justice for All

The re-editing of the Justice League movie to show everyone exactly what Zack Snyder originally intended.

It was with trepidation that I began watching the Zack Snyder’s version of the movie he started, but left due to a family emergency and handed the reigns over to Joss Whedon.   I am one of the few people on the planet that really enjoyed the original cut of the movie and was a bit worried that Zack’s version would be a bit too dark. I have liked some of what Zack had done with the DC characters up to a point, but there were some things I didn’t like.  To be honest,  I was pleasantly surprised.  The additional material, I felt, expanded character development, and put in some heart and soul into scenes where it was missing.   It also cleaned up some of the weaker plot points in the original. 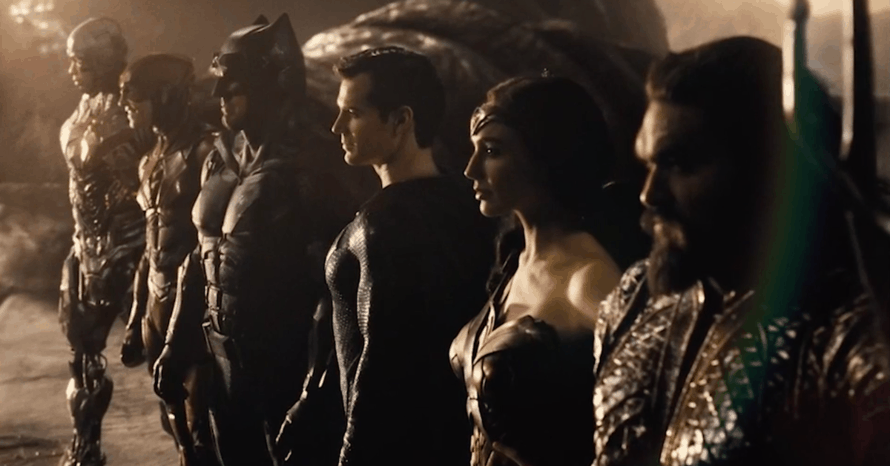 In the original cut, I didn’t really care for the portrayal of Barry Allen, The Flash (Esra Miller).  He was portrayed as the novice, bumbling comic relief, and where I do feel that Barry should be the character to add levity to a scene, I saw him as the weakest character.  In the extended version, his bumbling is pulled back, and his character seems more confident.  He is still the comic of the group, but with more of an edge.  He also plays an integral part in winning the day.

Also expanding the importance of his character was the treatment of Victor Stone, Cyborg (Ray Fisher).  We get to see his origin and the strained relationship with his father.  His entire storyline is expanded.  We feel more of his pain and isolation and we are able to take the journey with him as he learns to live life again.  Although in the original cut, he was a key player in being able to separate the Mother Boxes, in the new version, he is even more important.

Some other supporting characters also got a bit more screen time.  We see how the death of Superman really impacted Lois Lane.  The world was morning for the Man of Steel, a symbol, but Lois was mourning the loss of her heart’s true love.  Her hurt is more pronounced and Amy Adams plays the pain beautifully.  It makes more of an emotional impact when she first sees superman back.  We don’t see too much more of Martha Kent, and when we do see her, there is a twist to her big scene with Lois that made me very happy.

The remaining main characters retained their importance and the scenes that were added, expanded or cut, helped to solidify their already established characters.  Although, I do miss the scene with Aquaman sitting on Diana’s lasso being compelled to spill his guts. Steppenwolf’s character also seemed more menacing and the allusion to his back story more interesting. Actually seeing Darkseid and Desaad added to the storyline.  Whedon’s cut, had a lot of inter group conflict.  There were fights that sometimes came to blows, but the Snyder cut reduced much of tension between characters.  There were trust issues, and a little bit of squabbling, but the conflict was really kept to fighting the bad guys.  This was refreshing for me.  I am tired of “Team” movies being all about the team fighting amongst themselves.

All the extra depth that is added, does come with a price.  At a new running time of just over FOUR hours, I did get the feeling in some of the scenes that some of the slow motion shots could have been abbreviated or sped up, just a tiny bit.  There are times where you want the camera to pause to “relish a moment”, but I did feel that Zack did this a bit too many times, especially on some of the Flash scenes.  He’s the fastest man alive, why were his scenes so slow!  This also isn’t a movie I will probably be able to watch casually again, due to the running time.  I will either need to plan a marathon session, or split the movie up into parts.  Wait Zack already did that.  The movies is split into 6 Chapters and an epilogue.  I should also note that watching it on HBO Max, for some reason the picture format is in the 4:3 ratio and not widescreen like most movies now a days.  This may bother some people.  I got use to it a few minutes in and didn’t really notice it.  It is also a bit bloodier with a bit of swearing.  The foul language was not overly used and seemed appropriate for the characters and the situation.

The production value remained about the same.  I did feel like Steppenwolf looked a bit better, but that might have been my imagination.  The music was a bit mixed for me.  I loved the instrumental music composed for the movie, but some of the pop songs that were chosen in some scenes seemed out of place and didn’t enhance the mood of the scene, this was one of the few negatives I had while watching the film.

My trepidation at the beginning melted into content and then to a giddy joy.  The allusion to a sequel taunts me, as I doubt we will ever see what could have been.  I would love to have seen Joe Manganiello as Slade Wilson!  There are also some very special guest stars that make appearances that would have been so fun to see expanded.

I am not going to enter the battle of which cut is better.  In my life, there is enough time for both!  I love these characters; I love the actors playing them and both versions have their place in my collection.   And for different reasons, I love both these movies!

Zack Snyder’s Justice League: And Justice for All