A Joy-filled Life: An Interview with Agnes Garbowska

Amidst the hustle and bustle of Comic Con Honolulu 2019, Cody had the change to sit down with Agnes Garbowska, artist on IDW’s My Little Pony and Care Bears and DC Comics’ DC Superhero Girls and Teen Titans Go! Garbowska glows with the energy of not only a kind and loving spirit but with the true enthusiasm of a fan. During the course of the interview (which you can enjoy below), she hinted at the possibility of an upcoming creator-owned project at DC and you can be sure that we here at Comic Watch will be on the lookout for any further news in that department! 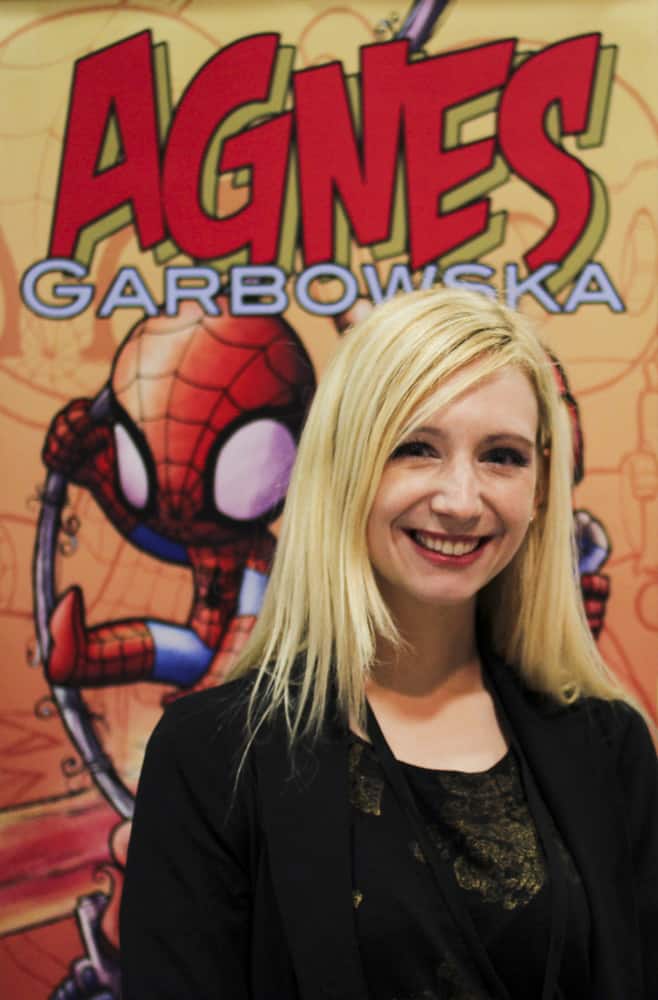 Comic Watch’s Cody White: How are you enjoying Honolulu so far?

Agnes Garbowska: Oh I’m loving it! It’s really nice here! The beaches are lovely, the people are lovely. The food is delicious. And everyone at the show has been super nice, so yeah, I’m enjoying myself thoroughly.

CW: That’s great to hear! So you’re a relative newcomer to comics in terms of not a lot of people know who you are even though everybody is familiar with your work. Can you tell us a little bit about how you came to comics, why comics, what drew you in?

AG: Yeah, I’ve been in the comic book industry now for about twelve to fourteen years or so. I use to work in small press back in Toronto; it’s where I started out. I worked for a lot of small publishers there. I was always a fan of comics but it wasn’t something I thought I wanted as a career until I went to school for animation, only to realize I hated animating! And that is when I started turning my attention to comics ‘cause I loved telling stories. I want to be a storyteller. Usually, when you break into comics, small press is where most of us start out. We try to take whatever jobs we can and luckily enough I had some amazing Toronto publishers that wanted to work with me. And I did work on some children’s books. I worked for a company called pdo!nk on their Yogurt the Ogre line of books. I did seven books total for them around ‘07 to 2010 I would say. And then in ’09 I did get my bigger break with Marvel where I worked on Girl Comics and the Spider-Ham 20th Anniversary Special. Whew… so many dates! And I did go back to self-publishing after that. I started putting out my own web comics and it was those web comics that landed me the gig on My Little Pony. And that was now six years ago, which is pretty crazy when you think about! We’ve been on Ponies for six years, working for IDW for those six years and I’m currently working on their Care Bares book which just launched last month. And for the last three years or so I’ve been working for DC, working on their DC Superhero Girls and also their Teen Titans Go! 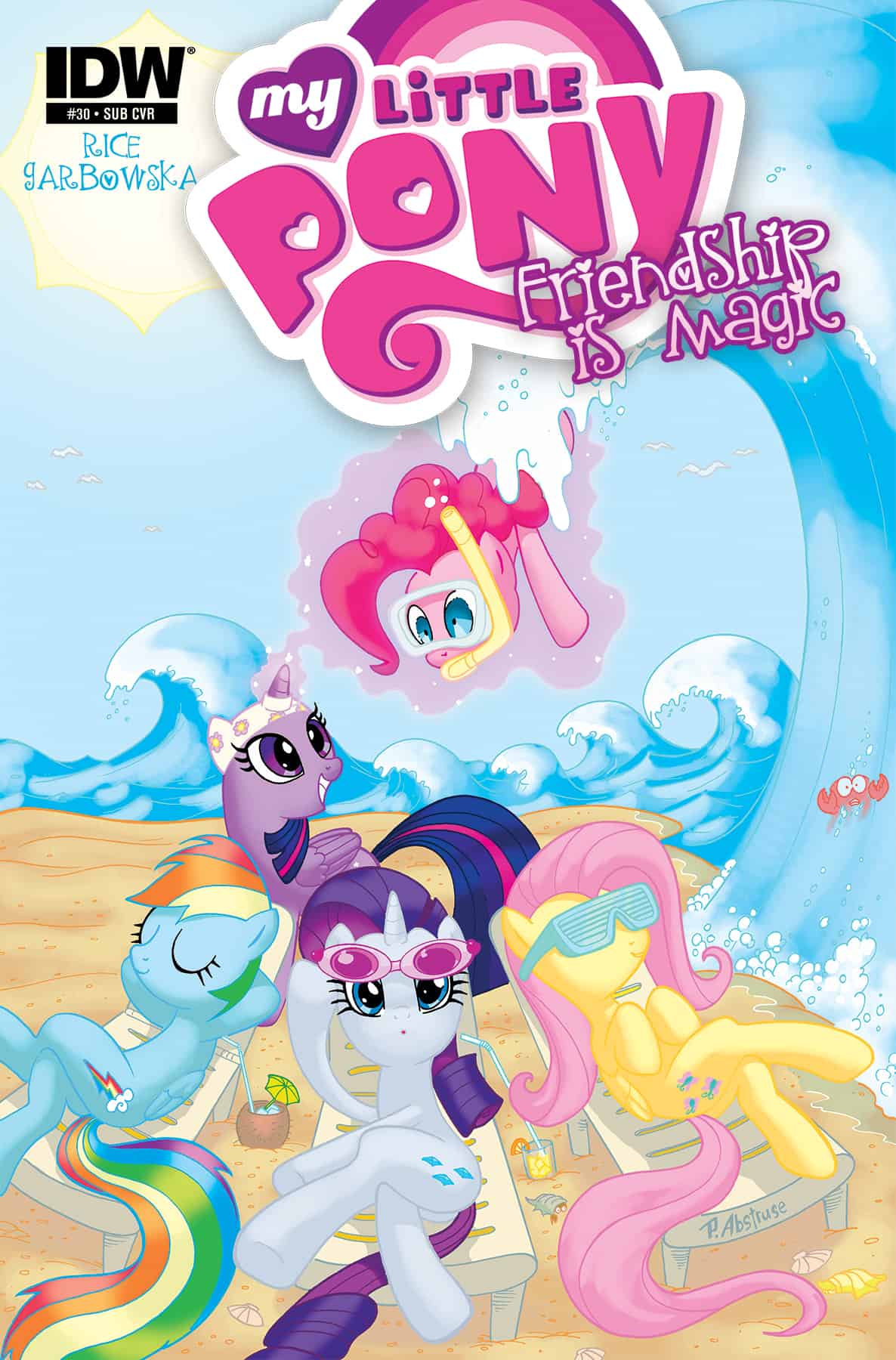 CW: That’s amazing! What a great career with such a wide berth of comics you’re working on. So I wanted to ask that now, in 2019, we’re seeing so many more women in the industry. Did you find that a difficult barrier for you break personally or did the industry embrace you fairly easily?

AG: To tell you the truth, I’m not even sure half my editors knew I was a woman. When you get hired in comics, you get hired on your portfolio. Some of those portfolios they’ve seen when I attended conventions and some of them they saw when I submitted them online. When I got hired for My Little Pony, I actually did not meet the editor. I know their editor really enjoyed my work and he passed it on to the My Little Pony editor so I’ve found that I have gotten pretty lucky that my work was strong enough to speak for myself and it didn’t matter if I was a man or a woman. It just mattered that I could draw and I could tell stories. And the funny things is, when you look at small press, there were a lot of females in small press and self-publishing that you might’ve not heard about and it’s really the mainstream comics that are getting more and more females in it because I feel mainstream comics are embracing more styles. And when they embrace more styles, it gives more opportunities to people who might not draw very traditional superhero style, like for example, myself. I like to draw very fun, whimsical stories and there’s just more opportunities now. I’m so grateful that companies like IDW and DC Comics are getting more creative and like “let’s just make comics for everybody” and I love working on both their kids lines and all age lines because I like making kids happy and turning them into life-long comics fans! 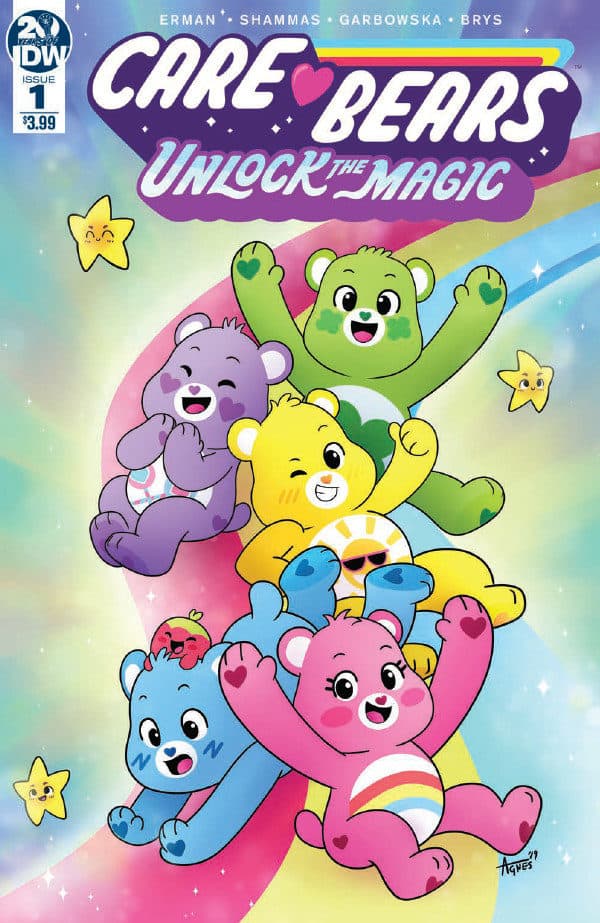 CW: I just looked down and noticed your Black Lantern ring and wanted to ask you what your dream project is?

AG: Actually, it kinda is my dream project right now! I started trying to get hired by DC nine years ago, guys. Nine years. That’s persistency. Every single year, I approached them to try to get more work and I always wanted to work with them on a female driven property with their superheroes because I’ve always been a fan of Wonder Woman and Supergirl and the Green Lantern, so DC Superhero Girls—the old style and the new style—pretty much is my dream project. The next step after that is maybe being able to do maybe something creator-owned for DC, which you guys never know what might be brewing, so I am working my dream projects right now. And I get to work on Care Bears and My Little Pony and these are properties that I grew up with so it feels like I’ve come full circle being able to work on them now and bringing that joy that they brought me as a child to kids reading them now.

CW: Be sure to check out your LCS for Agnes’ work!

A Joy-filled Life: An Interview with Agnes Garbowska