A Legendary Genius: An Interview with Amy Reeder

Once again from Comic Con Honolulu 2019, our man on the street Cody caught up with the amazingly kind and generous Amy Reeder (Madame Xanadu, Moongirl and Devil Dinosaur, Rocket Girl) to talk about mental health, women in the comics industry and a super-secret upcoming project! 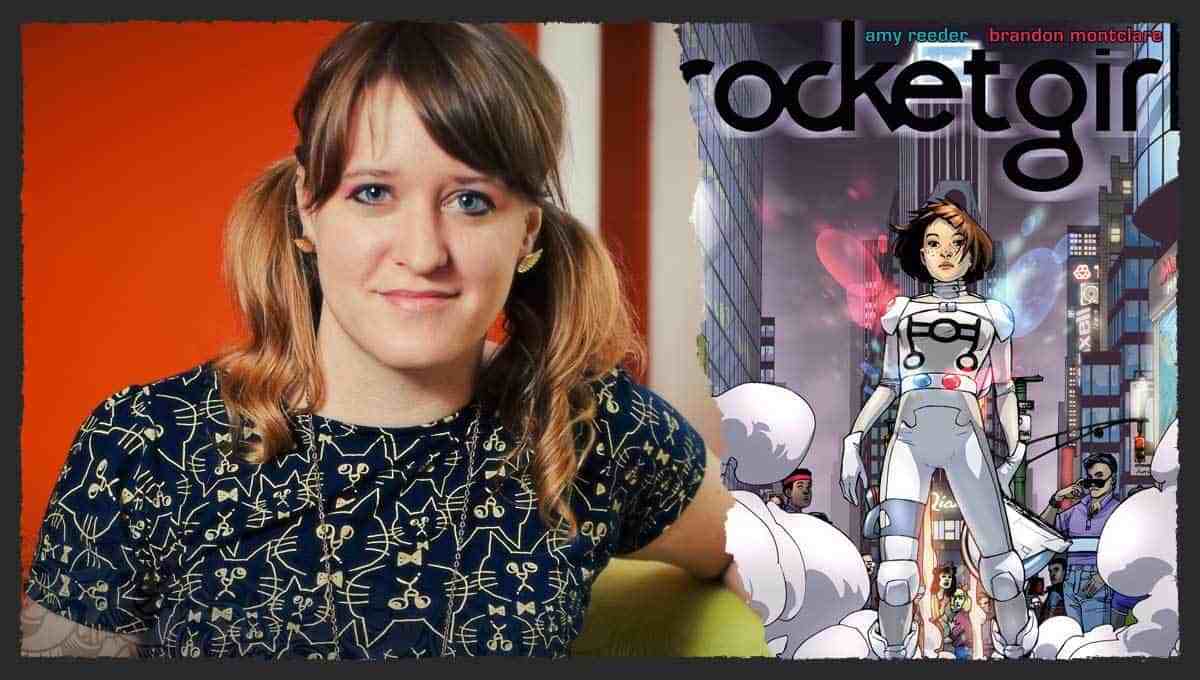 Comic Watch’s Cody White: How is the convention treating you, Amy?

Amy Reeder: Great! Yeah, it’s great to see everybody out here in Hawaii. I feel like I’m meeting some fans but I’ve also made a lot of new ones out here and that’s really exciting for me. That’s like probably one of the biggest reasons to come to these shows. I mean, as much as you love the fans, you want to spread the word.

CW: So I remember the very first moment that I was distinctly aware of your work but when you look around online, there’s not a whole lot of profile information about you. When did you get your first break into the comics industry?

AR: Yeah, so I broke in through TOKOYOPOP. I don’t know if you remember this, but back in 2005, TOKOYOPOP was having its heyday. There were licensing a whole lot of manga at the time. The manga craze was insane and they decided “we want to generate our own content” like, by Americans that were kinda inspired by it. So they did this contest book that they published as an anthology and I made it into one of those anthologies. And then they gave me a three volume book deal. I was only able to finish two before the company caved in but by then I was already working for Vertigo. 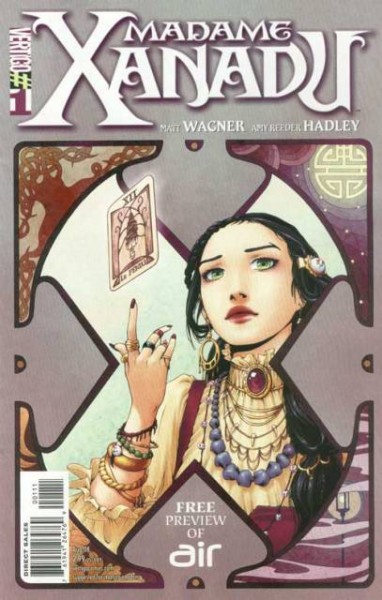 CW: And then you’re working at Vertigo and your Madame Xanadu series was the first time that I became aware of your work, and here we’re talking about a span from 2005 to 2009 and here you are, an Eisner winner.

AR: Um, nominee, I should say.

CW: Nominee, I apologize, although I could have sworn it won for Best New Series?

AR: No no, it was nominated for a lot of good ones though. Best New Series, Best Writer…

AR: Yeah, Best Penciller/Inker. And Best Cover Artist. And that one was a real surprise because I had actually only ever done my own covers so it wasn’t my career yet to go and do covers for other books. But we lost them all. And it was actually kind of hard for me. I don’t know why. I guess I got my hopes up. And it’s fine. Like, it’s totally an honor to be nominated. It just like, somebody had told me that man, if you’re getting that many nominations, you’re sure to win one of those and I actually believed it, so I was crushed!

CW: Well, it was a fantastic book. It should have won!

AR: Thank you! Well, I will say that those nominations really changed my whole career. Like at that point, it made so that I had financial stability in my career where I knew that I could find work and I wouldn’t be waiting around and stuff, so that’s really great.

CW: Right. I wanted to ask what kind of expectations you received from the industry, from fandom, and also that you might have put on yourself? When you skyrocket that fast… 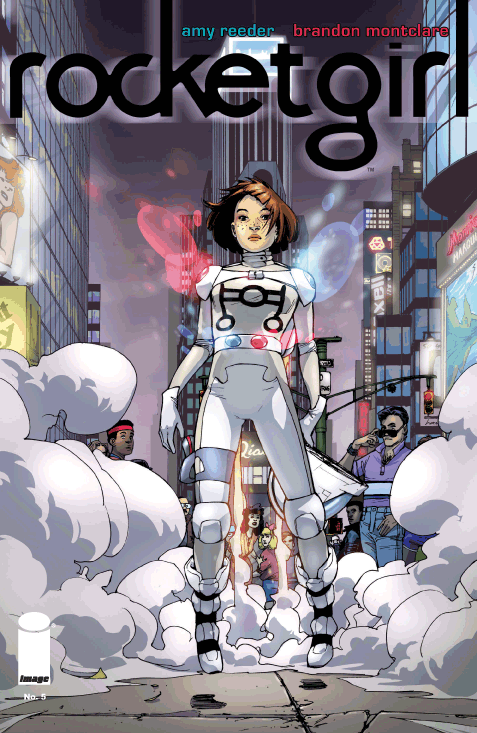 AR: It is a lot of pressure and it’s really easy to crumble from it and then I would say that you become your own worst enemy. But sometimes that’s the worst of the worst enemies. I don’t know if you are into The Neverending Story but that’s the whole point of the plot because, in the end, he has to face himself and that’s the scariest thing of all. So yeah, I’ve had to deal with a lot of anxiety and stuff but I medicate. And I like saying that publicly because I think it’s important for people to know. For me, a little bit just went a long way where I didn’t have this cyclical thinking. I mean, I could just get past the fact that everything I do, at least to me, really matters, you know? If people are going to see it, it’s a lot pressure. I would say I don’t actually post a lot on social media even though I’m supposed to these days for your career. But it feels like its real important and its hard to justify it sometimes. So I don’t know, there is a bit of pressure but at the same time, it’s always been me with my work, to always do better than I did previously. If anything, I actually think that I’m mostly under-estimated. People always think that I’m going to do a good job but they never realize how good. So that’s good, although that’s a lot of pressure to just keep growing as well.

CW: While we’re talking about important topics, we’re at a really interesting cross-roads in the industry right now where there’s so many diverse voices in the creator community. Of course there’s also the counter-movements that I won’t waste breath on. We’ve got so many strong women in comics right now, between you, and Gail Simone, Kelly Sue DeConnick, Leah Williams, Kelly Thompson—everywhere you look, there’s so many. So what do you see as the next step towards a fully inclusive comics industry?

AR: Well, you know, 50% would be nice. But I would say at this point, it’s looking really good. Like you said, there’s a ton of women and they’re really successful at this point. In my head, my personal goal as a woman and just as an artist in general is to attain Legend status, and I feel like the Legend status is a mostly male thing. I also conflate that with geniuses. I feel like, traditionally, people like to think of geniuses as men. Or if you’re a girl genius, you’ve got to be super nerdy or something like that, you know what I mean? So it’s like that, I don’t know, I want to be a Legend. That’s my goal, individually. I want to be like a Moebius, you know what I mean? I want to be a Frank Miller. So that’s what I think the next step is. More Legend status women. 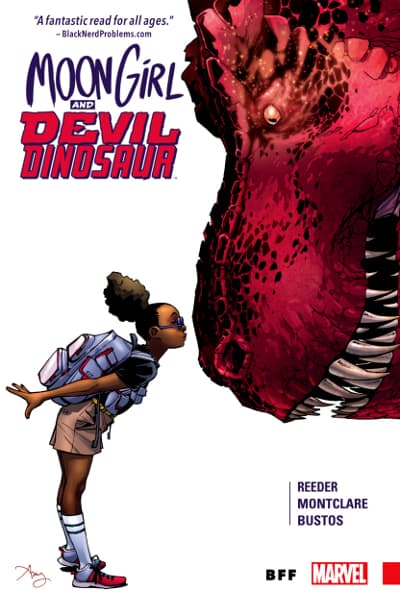 CW: So I know you can’t talk about it but you have something in the works, right?

AR: Oh definitely in the works. I’m on issue #2. I am writing and drawing and coloring it and it’s going to be a pretty big deal. I don’t know if there’s anything else I can say. I’ve been working really hard to keep it secret. I don’t know why. I don’t think that I would get in a ton of trouble but I just don’t want people to figure it out because it’s just too awesome. I’m excited for the announcement. It’ll probably be announced around October, I’m guessing for New York Comic Con.

CW: Well, you heard it here first folks. Keep your ears to the ground… you know we will and we’ll be reporting on that as soon as there’s word!

AR: I’m working hard for you!

CW: Be sure to check out your LCS for more of the wonderful work from Amy Reeder and keep an eye out for further announcements on this mystery project!

A Legendary Genius: An Interview with Amy Reeder