Gail Simone, who is has written a plethora of comic books ranging from Wonder Woman, Red Sonja, Deadpool and Domino took to her Twitter, asking Wendy’s who they prefer Marvel or DC? 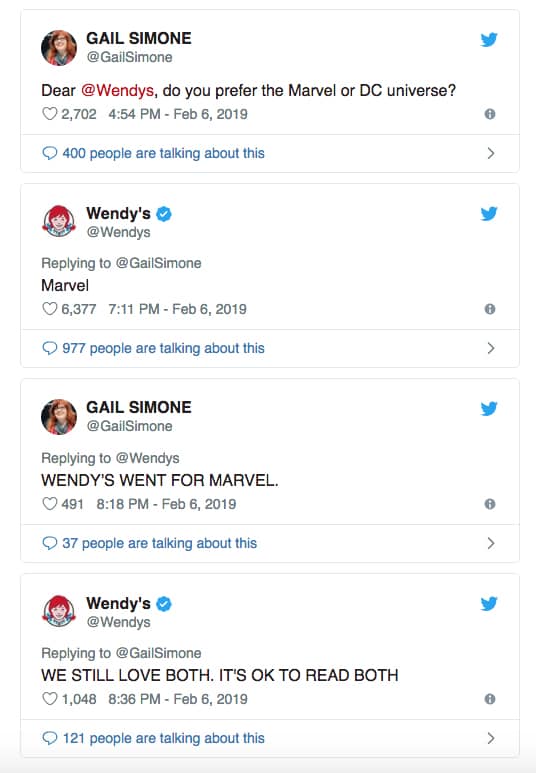 According to the fast-food chain Wendy’s, the winner is Marvel. However, that created several other tweets from other companies. 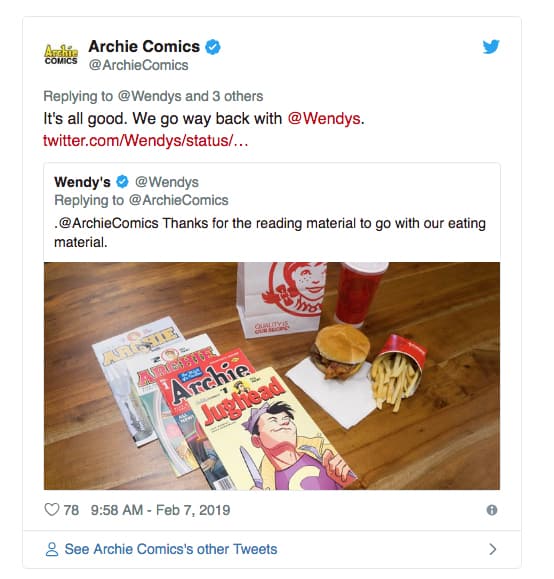 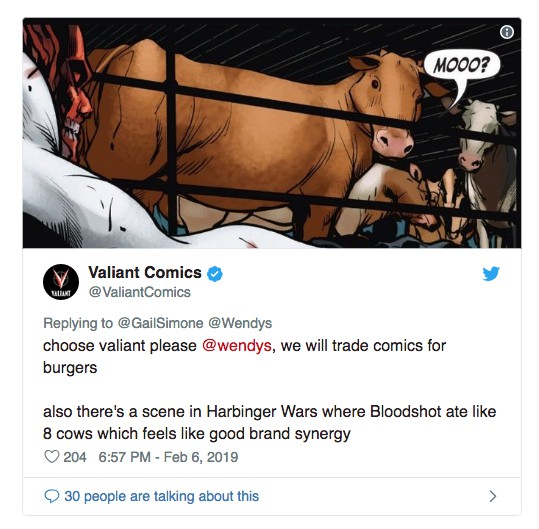 DC Comics, of course, wasn’t going to stay mute on the conversation as Jim Lee also took to twitter. 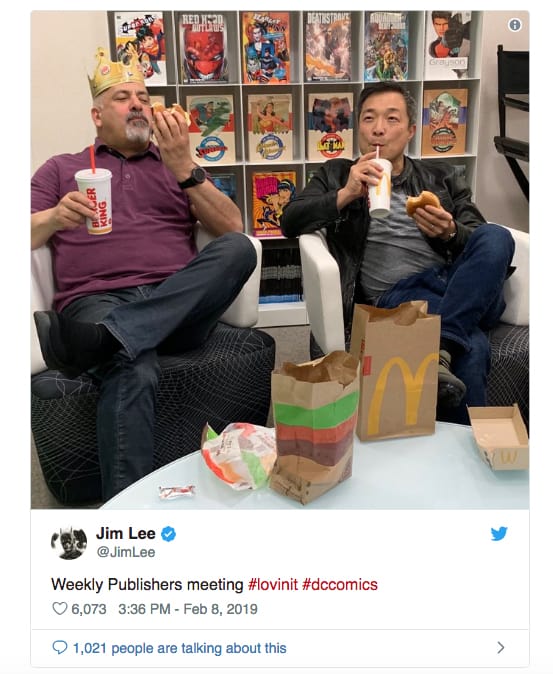 Wendy’s was pretty quiet throughout most of the tweets, however after Jim Lee post his McDonald’s tweet, Wendy’s does thank Jim Lee for his work. 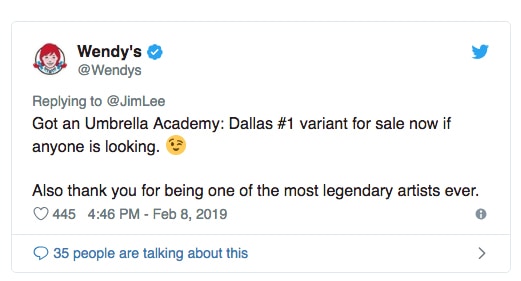 Perhaps the most interesting take away from the tweetfest is whoever is controlling Wendy’s twitter appears to be a comic book reader.

Let us know who you prefer in the comment section, Marvel or DC?