Imagine this, you’re in your living room trying to find something to read, and the large bookshelf in front of you is very intimidating. The books range from picture books to very thick novels that you will one day get to. But, you see this one book sticking out with an unusual name on it, Unico, you end up learning later that this book is actually a manga and the name would end up being a fan favorite for many, many years.

This was such a lost memory of mine when I was first given the assignment to speak to Sam Sattin about his Kickstarter project: the return, at last of his beloved Unico! And once the link opened for me, a whirlwind of memories jumped at me. 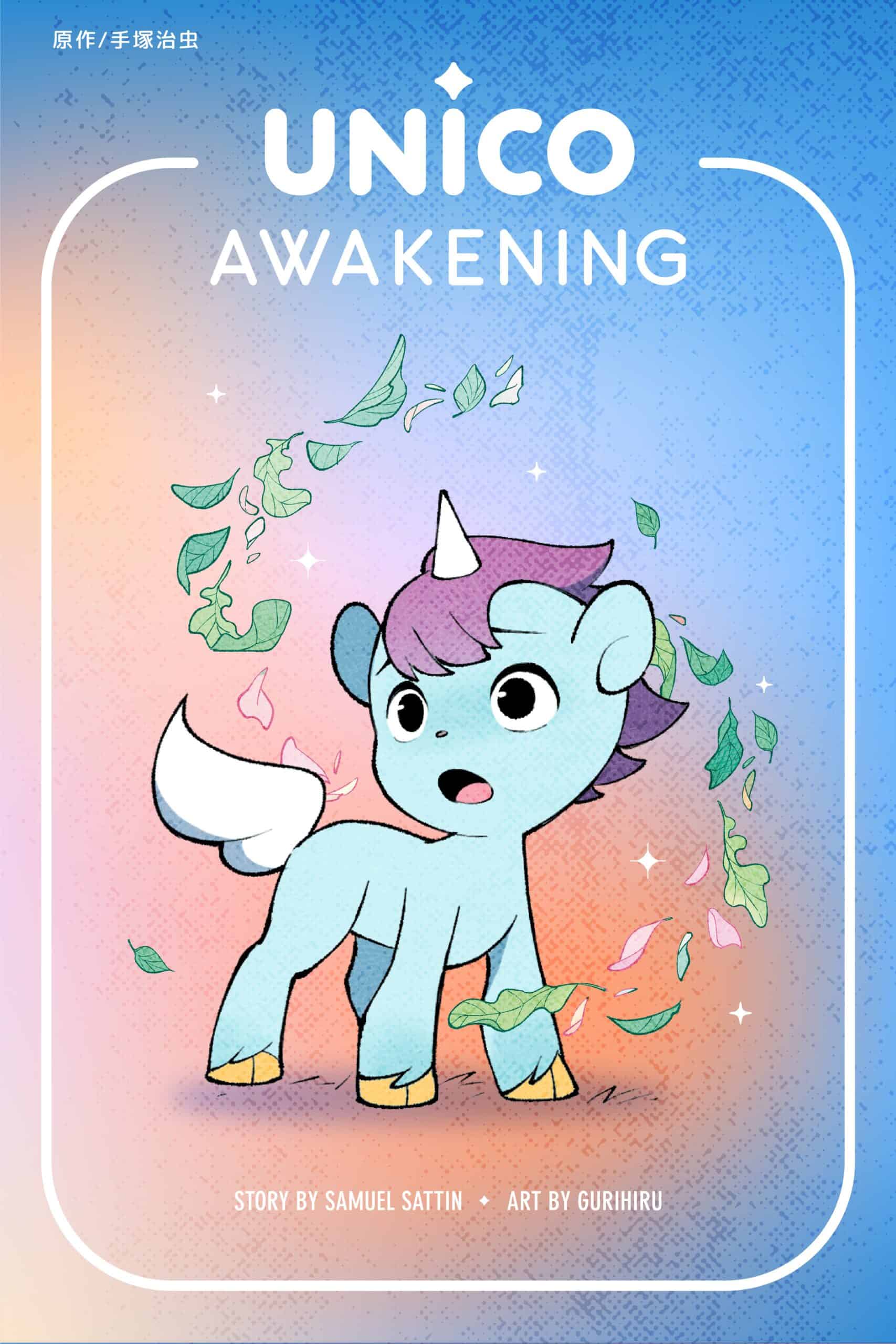 Unico is the charming story of a young unicorn who enrages the Greek gods when he inspires humans with his hope and positivity. The Gods punish Unico by banishing him across space and time, until he forgets all he once was. Unico remains constantly on the move, transported from era to era, where he must escape the gods again and again, only to have his memory erased anew. The only thing saving Unico from oblivion is the mysterious Spirit of the West Wind, who feels sorry for him and tries her best to protect him.

The original run for Unico ran from November 1976 to March 1979 with two volumes put together of the adventure Sattin had created. While the story ended, the manga holds a small spot in our hearts as the world moved forward. But now, news has broken that Unico was returning by beloved manga creators Gurihiru with Sam Sattin reimagining the story with “The Cat on the Broomstick” storyline. So many have come forward as old childhood memories of Unico has taken over, much like myself. So I was very delighted to be able to interview Sam Sattin about the decades-in-the-making return of Unico and the Kickstarter project bringing it to life!

CW: How did the idea of reinventing Unico come into mind?

SS: When I was presented with the opportunity to pitch a project involving Unico to Tezuka Productions, I leapt at the chance. Just the idea of engaging with the God of Manga’s work was near-unbelievable to me at the time, so when they accepted the pitch I was gobsmacked. I’d been introduced to Unico as a kid with the films, but I read the manga as an adult, and was fascinated by its character – a young unicorn whose ability to spread kindness and love draws the gods’ ire, leading to him being cursed. It’s a beautiful, tragic story, and I truly did think that a new generation could benefit from its retelling.

CW: What was the reaction when presented with the idea of Unico coming back?

SS: It’s been incredible to see all the support that’s risen up around Unico’s return. We’ve been so grateful to see such a reaction, and I think it bodes well for the future of the story.

CW: We see a lot of artists submitting prints for the Kickstarter: how was it talking to each one of these artists?

SS: It’s been great! And accomplished with the help of people like Aki Yanagi, an editor and artist representative who facilitated a lot of the communication between the US and Japan. The great thing about this campaign is that it has drawn genuine enthusiasm from all the artists involved.

CW: For those that don’t know about Unico, would you say that this will be a memorable manga that will draw newcomers in?

SS: Absolutely. Unico’s story is unique in that it has an edge to it. Yes, Unico is a cute little unicorn, but his story is complex, meaningful, and, at times, tragic. It’s the kind of story I wish we had more of, which is one of the reasons I personally wanted to help reinvent it. Unico is an important, challenging, and beautiful story that leaves an impression.

CW: Are you anticipating this revival to bring out those that remember Unico?

SS: It already has, actually—which has been wonderful to see. With the introduction of the campaign, we’ve seen an outpouring of excitement from those who have fond memories of the character, and are anticipating his return.

CW: Your Kickstarter is completely backed! When you got that notification of the Kickstarter reaching your goal: how did that make everyone feel?

SS: Relieved at first, as it set in that others were excited and passionate as we were about the project. Then, excitement. It’s been amazing, seeing all the support. We’re grateful.

CW: Next year will be, hopefully, the publication of Unico, would we maybe see it sooner or are you on track for next year?

SS: As of the moment we are adhering to our current release schedule, but stay tuned—we will make sure to communicate any exciting developments.

CW: Would you consider publishing Unico on the manga original publication date?

SS: That would be wonderful! It’s something I’ll look into.

The beauty of Unico is reaching new heights now, and the people that have come forward to share this passion is wonderful to see! The artist that have pitched in to help this with the contribution with new imagine prints of Unico! Joining them is Akira Himekawa (THE LEGEND OF ZELDA), 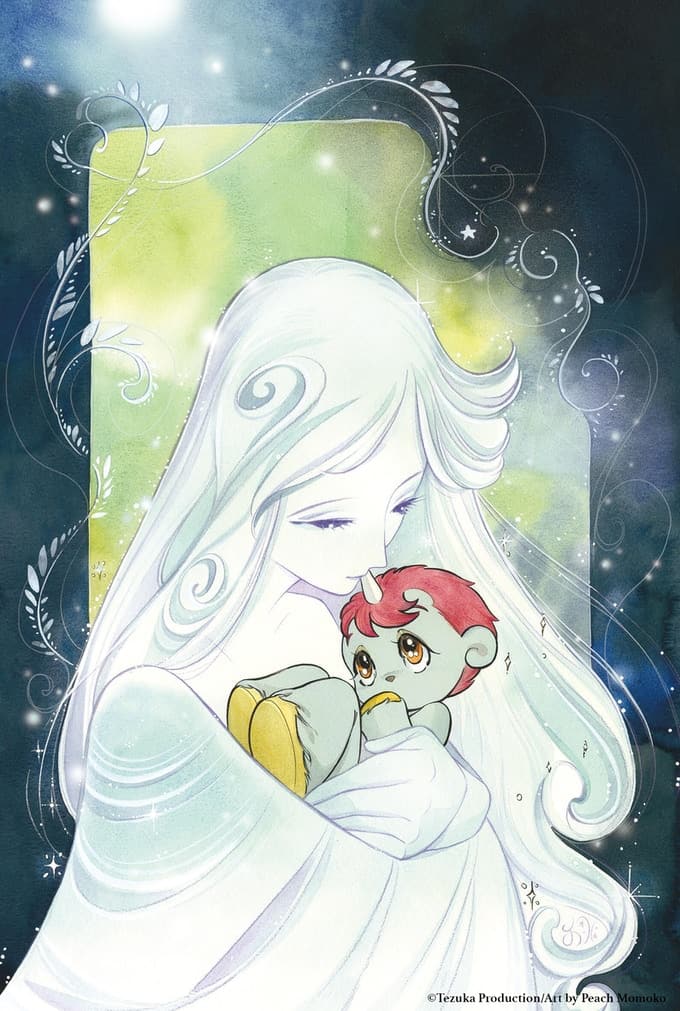 With so many come together for the reimagining of Unico, and the Kickstarter backed now. It just seems that next year is so far away now. I am hyped for the return of Unico and cannot wait to introduced the little unicorn to my own daughter and guide her in the lessons and the beauty of Unico. This is sure to bring in new generations that Sam Sattin is so happily seeing coming true.

If you are still wanting to back the Kickstarter, it still has 3 hours to go! Anything will help the wonderful team that is pulling together to bring this story back into the present of today. 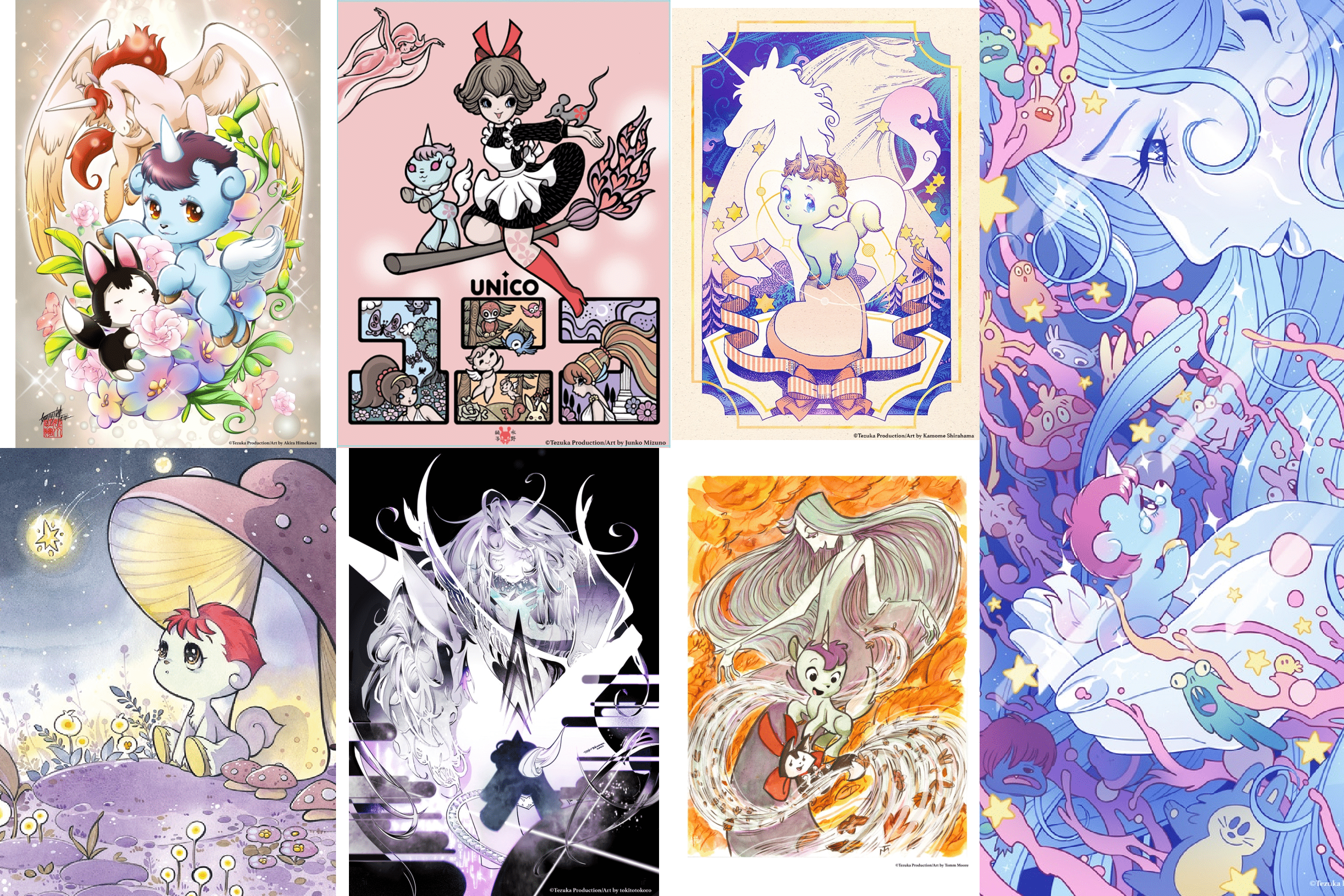