With the announcement that the anime will be ending very soon, the absence of Black Clover will be leaving a gap in the world of Shonen anime, as it is one of the very few ongoing anime that has not transitioned to a seasonal approach. And with the series finishing with 170 episodes, it is still a sizable series to consume and I want to take this time to recommend Black Clover to anyone who has not yet tried to watch this underrated and over hated show. 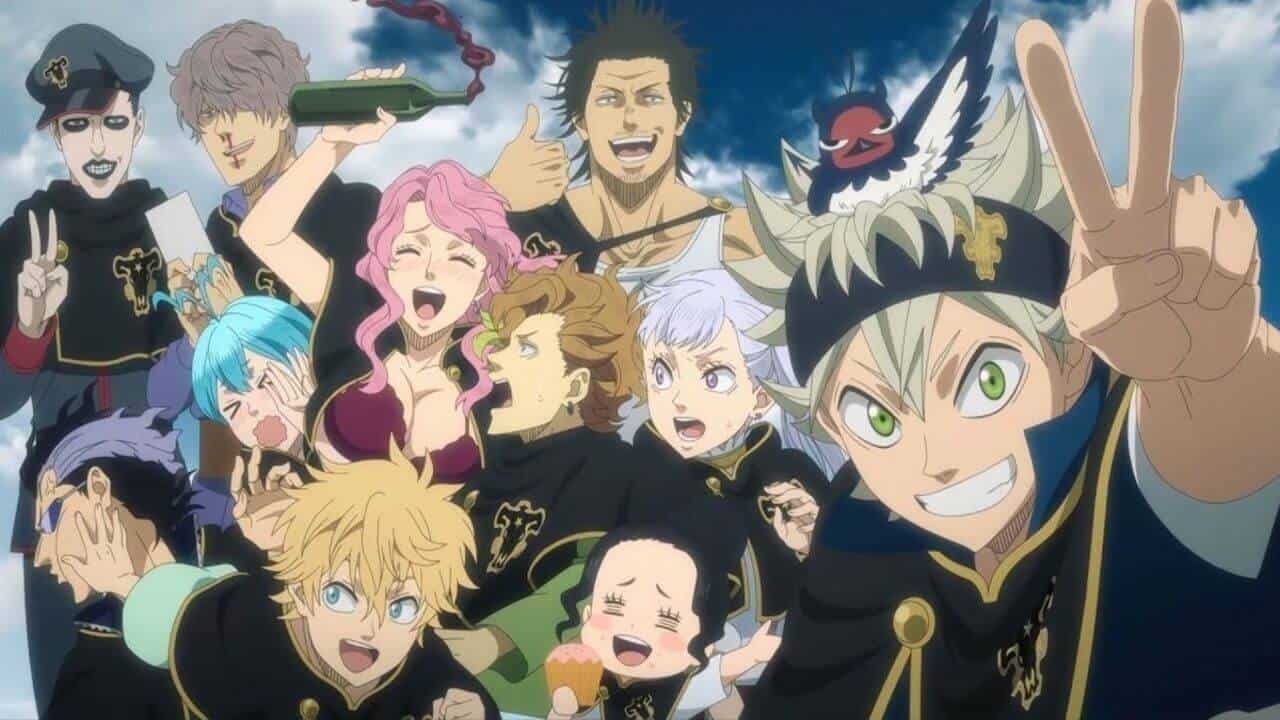 The things that make Black Clover great are the protagonist Asta, the Black Bulls, Yuno and the heart of the series. The series follows Asta, one of two orphans left at a church as a baby, and in this world of magic, Asta was born without any magic at all, the is not very skilled nor is he very intelligent, but what he is, is incredibly likable and hardworking, and we follow him on his quest to become the Wizard King. (Just ignore his screaming, it gets better) His mentality is to never give up and it really makes him shine. He is a character that you want to rout for and see him overcome the odds as the boy without magic. But Asta is not the only great character in the series, fairly early on we are introduced to a large supporting cast, in the Black Bulls, a group of misfit mages who are regarded as the worst of the magic knight squads. Yami Sukehiro, the brash leader of the group is simultaneously one of the most badass and comedic characters in the series, and never misses the chance to inspire his team to keep improving and push past their limits. Noelle Silva, a seemingly arrogant noble, but actually feels inferior to her sibling due to a lack of magic control, her crush on Asta is a comedic highlight. I can go on and on about every member of the Black Bulls because they are all interesting and likable, but let’s finish by saying that they feel like a family, a large, chaotic and destructive family.

Opposite to Asta, there is Yuno, a highly skilled gifted mage, both Asta and Yuno where orphans at the same church and see each other as rivals. It is the relationship between Asta and Yuno that really makes Black Clover shine. The rivalry between Asta and Yuno is not a hostile one as many Shonen rivals tend to be, think Naruto and Sasuke, they are compassionate towards each other and always see the others progress as a sign that they need to push themselves even harder. They both desire to be the Wizard King and neither will stop pushing the other. When Yuno sees Asta improves, her genuinely seems proud of his rival and vise-versa.

And finally, there is the heart of Black Clover, to put it simply, the heart of Black Clover is a commentary on pushing past prejudice and being proud of your own power. Throughout the whole series, the characters are being looked down on by the world at large, Asta, for being born without magic, the commoners for having inferior magic to the nobles and the Black Bulls, for being seen as the worse Magic Knight Squad of all. The world of Black Clover is an unjust world and it is inspiring to see characters we grow to love and understand prove everyone who doubts them wrong and rises to the occasion.

In my honest opinion, there are technically better anime, in regards to animation, philosophy and world building, but I’m going to go out there and say that Black Clover is one of the most solid and consistently great anime since its release. I will be sad to see it end, but even if the anime ends, the manga will continue and with almost 300 chapters there is so much to love and to look forward to.

Asta and Yuno were abandoned together at the same church and have been inseparable since. As children, they promised that they would compete against each other to see who would become the next Wizard King.