Blood of the Valiant: An Interview with Brett Booth

The fine folks at Valiant Comics were kind enough to relay some of our questions to superstar artist Brett Booth (Justice League of America, Backlash, Fantastic Four, Teen Titans) regarding the upcoming Bloodshot ongoing series and here is what he had to say!

Comic Watch: Of all the varied Valiant characters, what drew you to Bloodshot?

BRETT BOOTH: Tim Seeley. I’ve wanted to do some more action-oriented books for a bit and he does a lot of action. So when they told me who was writing it, I said yes!

CW: What were your influences going into this book? Was there a particular Bloodshot run that you found yourselves drawing from?

BOOTH: I’ve only read the original books a long time ago. I might be pulling a bit from Barry Windsor-Smith and Jim Lee’s Punisher initially, but really, I’m just going where the work takes me. It’s a bit darker than I usually go…maybe more of an old Wildstorm feel than anything.

CW: What makes this chapter unique?

BOOTH: It’s an all-new supporting cast, so it’s a great jumping-on point and Tim has mixed a bunch of different genres in, from action, to spy thriller, to horror, and even comedy.

CW: What is the mission/goal for this series and will it be a limited run or an ongoing series?

BOOTH: As far as I’ve been told, it’s ongoing. My mission is to have fun!

CW: Will we be seeing more of you two around the Valiant Universe and what are the differences in working with Valiant as opposed to the Big 2?

BOOTH: Hopefully! I love working with this team! [Inker] Adelso [Corona] and [colorist] Andrew [Dalhouse] have been a great help with the art; I couldn’t do it without them! Valiant’s been pretty great with just letting me go. Depending on the editors, sometimes the Big Two can be a bit constraining. It might just be editorial styles. I had a lot of freedom on The Flash, art wise. A bit more on Bloodshot, which is always appreciated! Having to worry about revisions can get you second-guessing yourself. 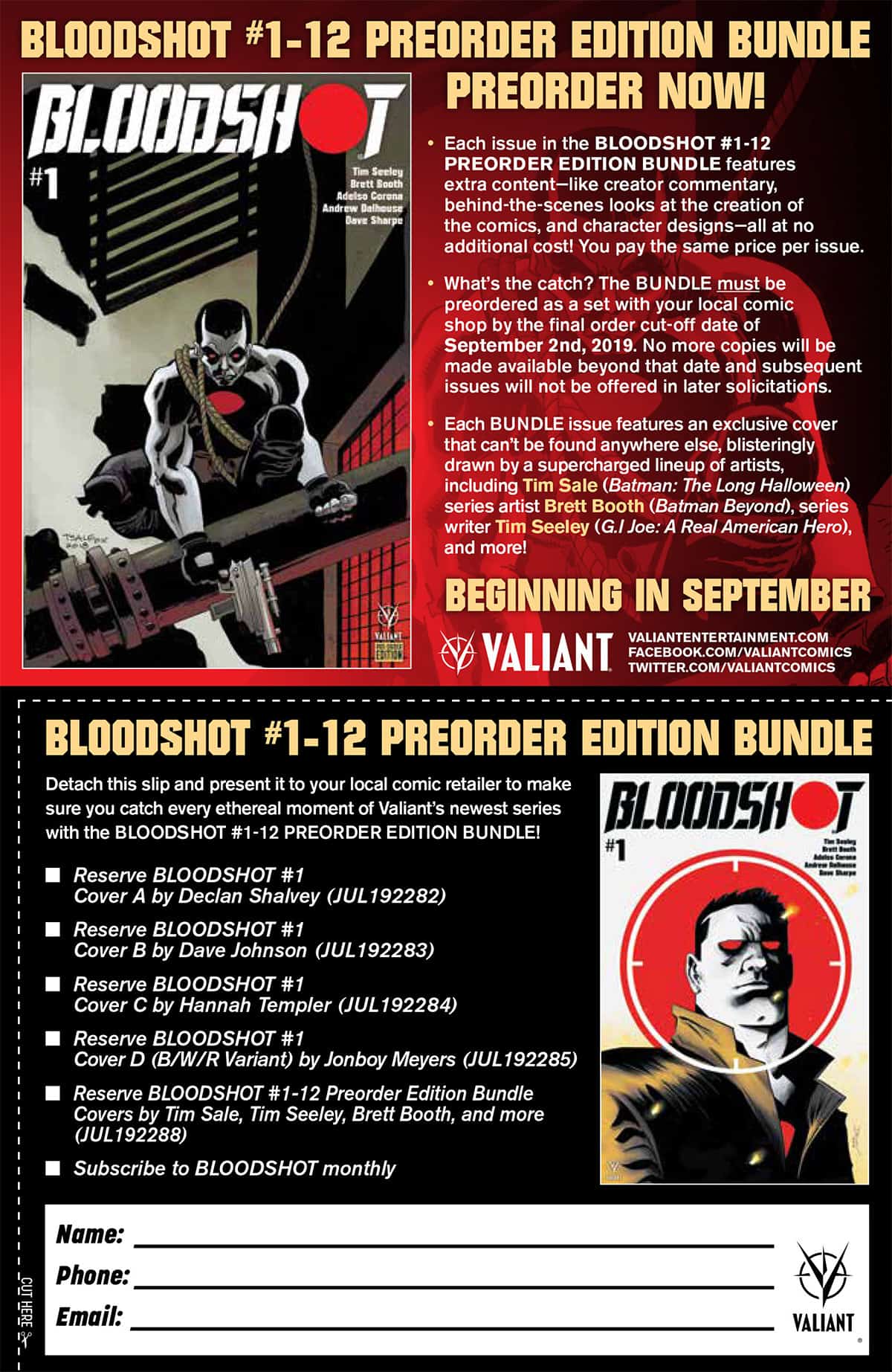 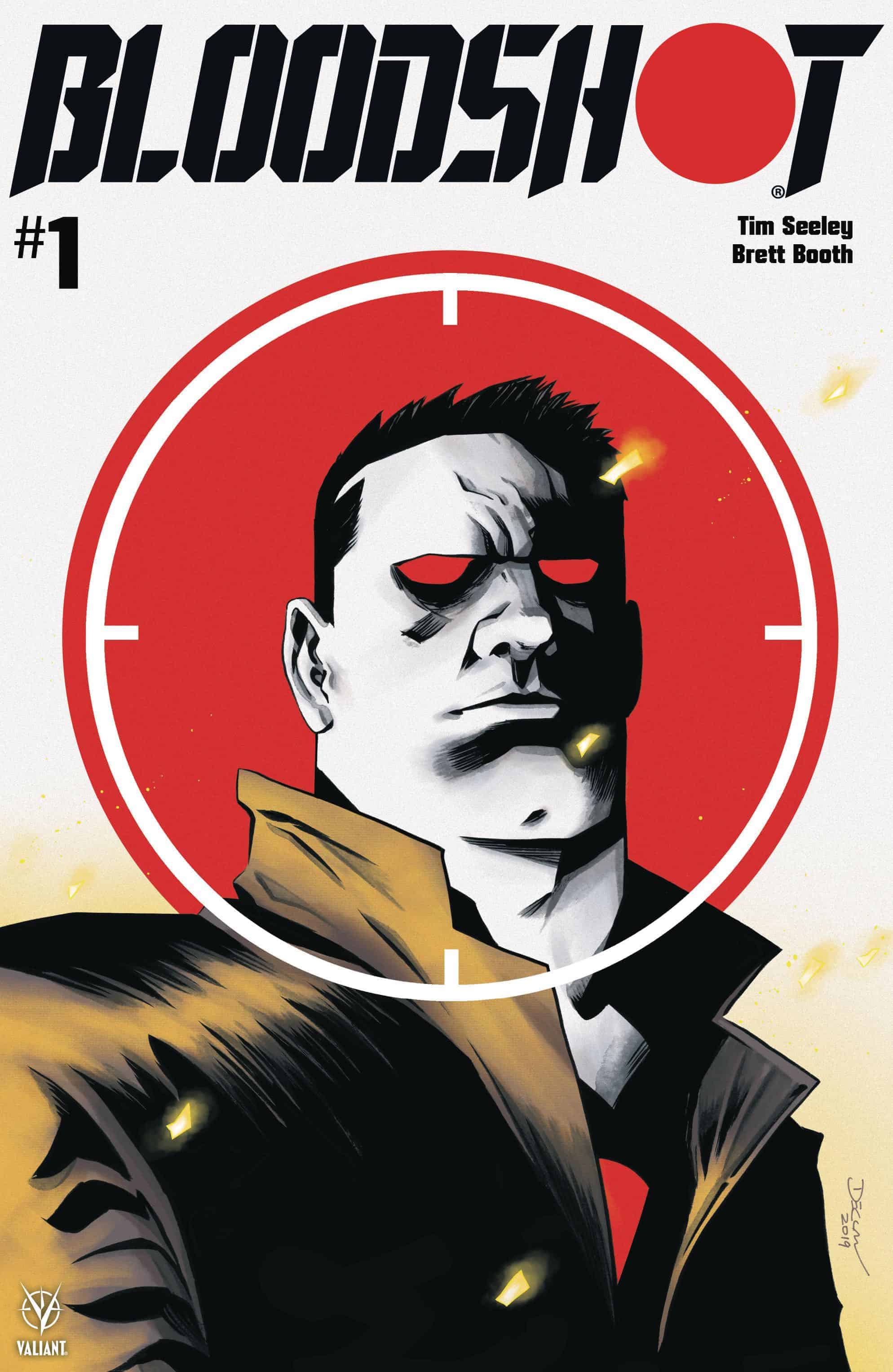 Blood of the Valiant: An Interview with Brett Booth