The Los Angeles Times complains that this book has a bunch of pictures. It does. It is a third visual imagery, and a third written images. Picture book. Picture it. 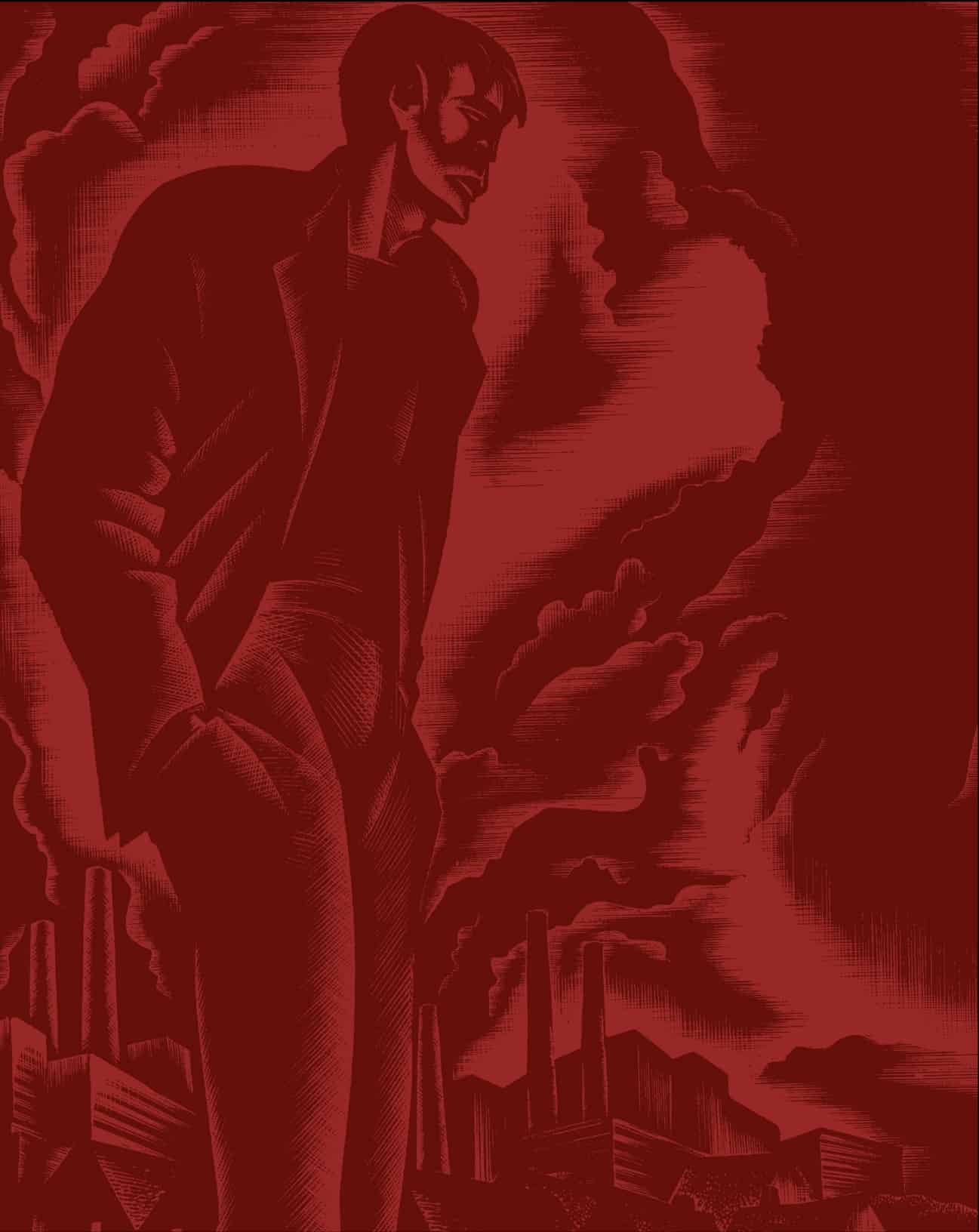 The Los Angeles Times also published a suggestion that Bob Dylan, in The Philosophy of Modern Song, makes Cheaper to Keep Her into something misanthropic and sexist. A song about how you should not abandon your wife and many children because they got alimony laws now and women’s liberation and rawrr rawrrr rarrrrr.

I like Cheaper to Keep Her. I can sing it probably line for line. I can probably fake the tune on an instrument or two. And, I am neither a good musician nor an enthusiastic fan of the song. It is a catchy song and it has a perspective. It tells its own tale.

If a song has to have words, I like it better when those words present an angle.

Partway into the volume, Dylan talks of envisioning pictures that thrill you so deep you get high enough you are the Bobbsey Twins. High on the paint fumes and makeup murals in your own head. Or, is it a shared thought, like the twins could share? 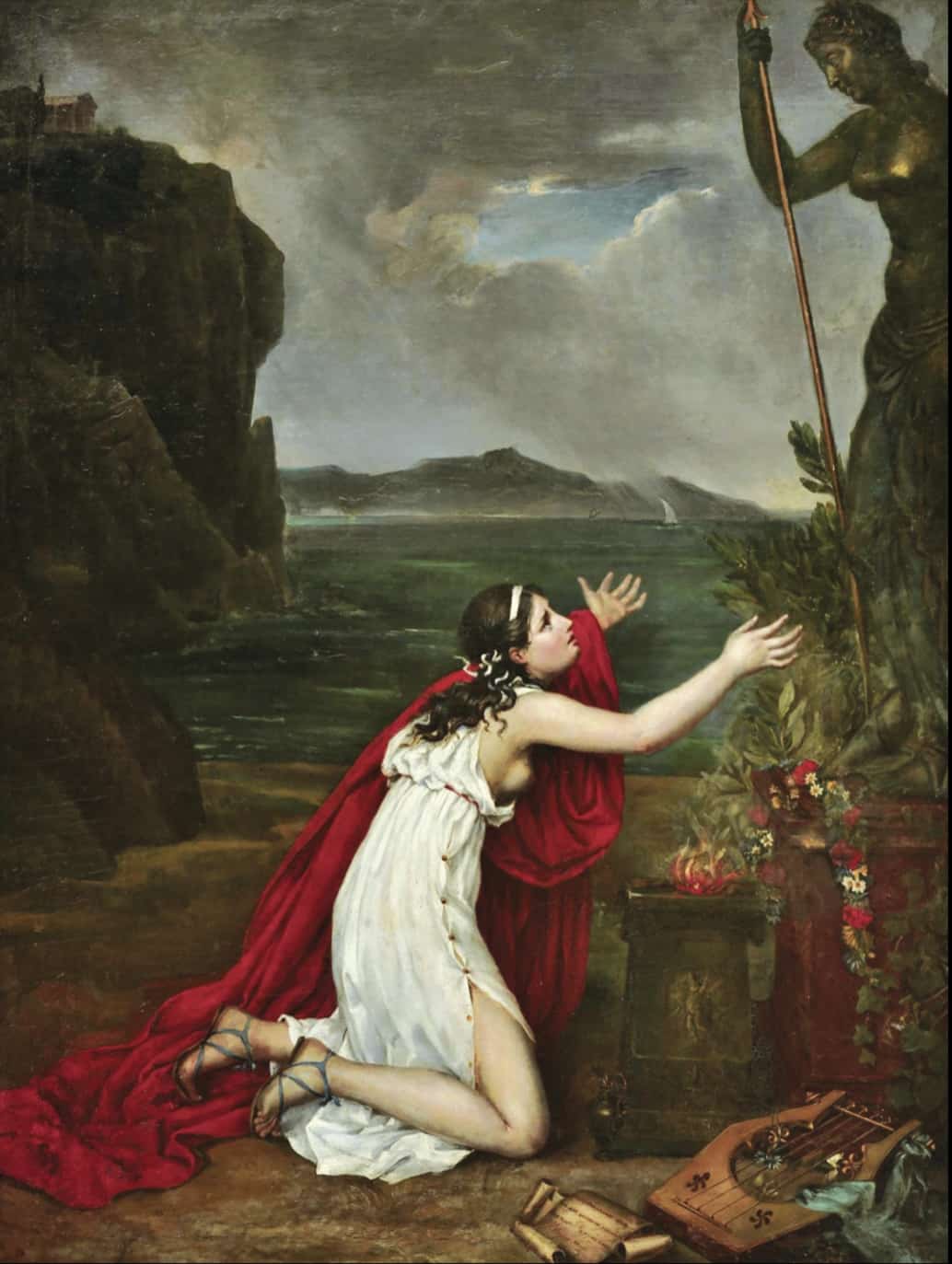 I do not especially want songs to have words. Vocables are alright. I do not despise words. I just rarely find they add a whole lot I particularly care for.

When I played with a band in Los Angeles and Ventura, the frontwoman used to joke she only kept me in the band because I was the one person who remembered where the words went.

I sang with the Blasters once, because they asked for somebody who knew the words, and my friend volunteered me. Would you just know it, though? I knew the words.

The way a lot of early reviews are for Modern Song, are like the kind of grammarian teachers who want these three-point formalized essays with a feigned objectivity or they mark down the student and consciously or subconsciously try to destroy that student’s voice, take, and awareness not just of the subject but them, that teacher. The reviews are by reviewers who seem like they are afraid to be examined. That it is reviews and reviewers, academicians and academe that are being sorted, shuffled, stacked and played like a deck of cards, and that is probably true.

The book is wild. A stack of 66 chapters, essays on different songs and on anything that song or singer or songwriter or title or tune might flicker up in Bob Dylan’s brain. The photographs, paintings, movie posters, memento mori, memorabilia. 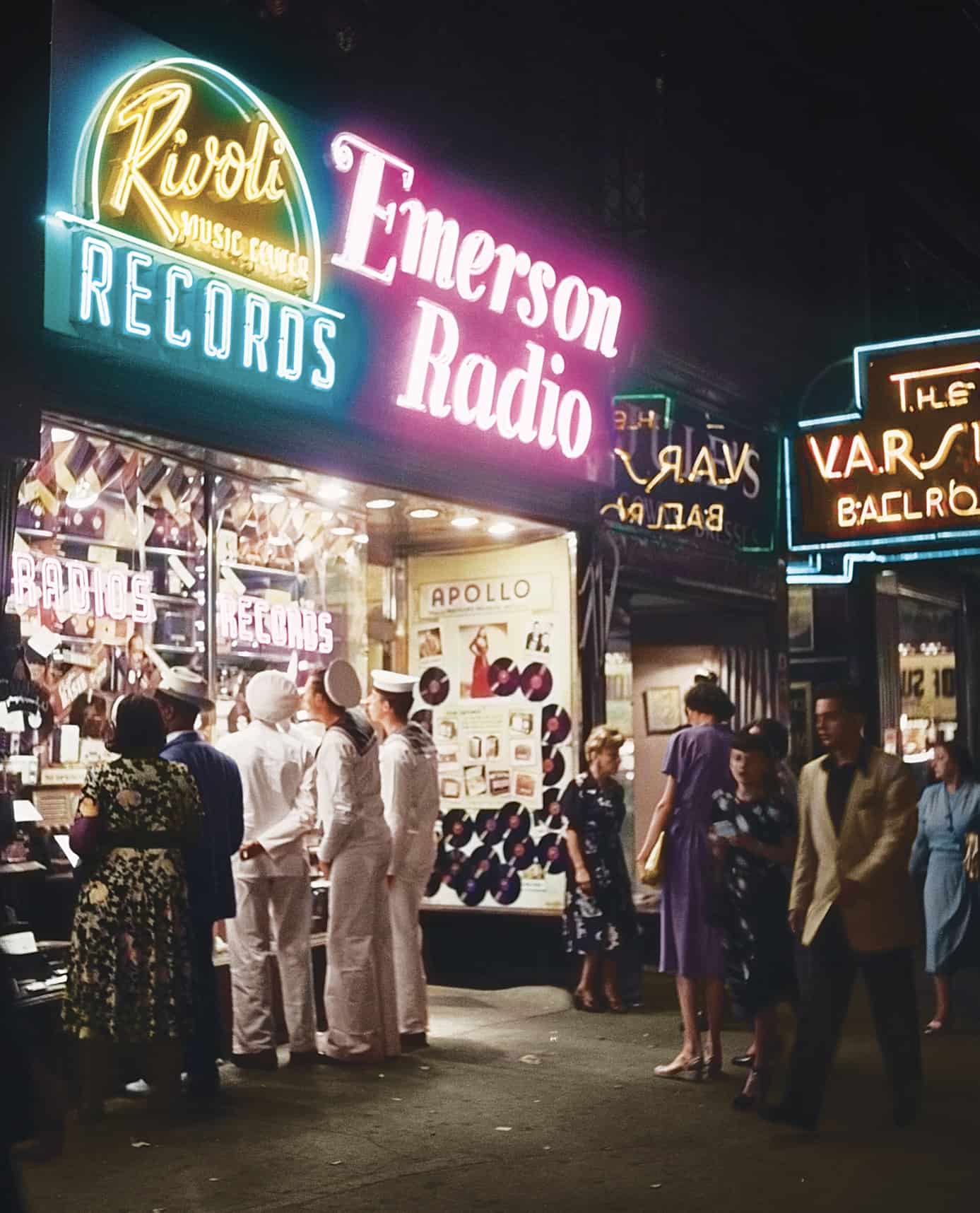 Words come in handy when they oblique, wink, revel, reveal. Implying a love song has a serial killer’s perspective to it. Addressing Johnnie Ray’s queerness or opening the gates on race records, hillbilly labels, the gentrification and ghettoizing of American rhythms.

Those Who Cry, that’s a poem.

Sailors at Rivoli Records, that is a scene.

The pictures make the book. You can say all the words you want, but sometimes an album inset or a candid snap encapsulates something of a sound, a tone, the timbre of being, words will not.

The strength in the John Trudell chapter, is in its sparseness directed at telling you to get on your own research. Just because someone shows you their horse does not mean you do not need to procure your own if you want to ride. 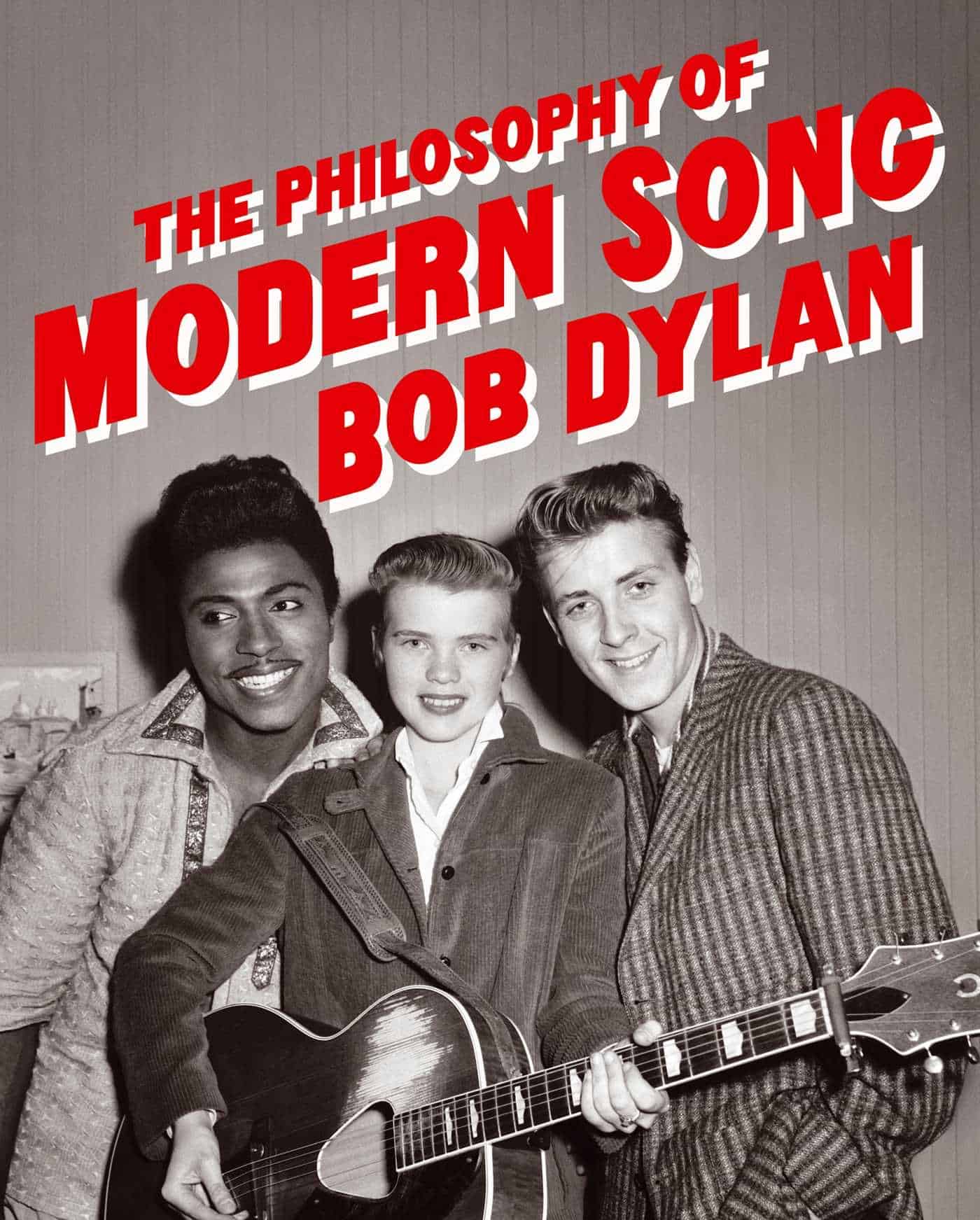 Several of the essays only use words to slap you around. Kick your ankles and crack your skull.

I understand the offense some readers and critics show evidence of, but I see them disregard Alvin Youngblood Hart as a contemporary 21st Century singer and he damn sure is. I note more than one review critical that no real women are discussed until Cher halfway through, but Mary Jean Shurtz and Dorothy LaBostrie are there early in. Sharon Sheeley. Aretha Franklin. Cindy Walker and Sister Rosetta Tharpe. Alis Lesley is at the very front of the book, on the cover.

There have been books about musicians, like Notes from The Velvet Underground, which trade in misinformation and damnation. There are books on music which punch up, pick their shots, like Lesley Chow’s You’re History. For all the nonsense and speculation and repeated old tales in write ups about Bob Dylan, when Dylan sat and wrote his memoir? Chronicles: Vol 1? He made a lot up and he borrowed, too. He took a story about Muhammed Ali, turned it a little, got the knot unique, and put it in his book about himself.

“An all-confrontational mode of life.”

No more than Tarantula, that novel of poetry Bob Dylan wrote when his management signed him up to do so. The one published in finite number in 1965, pirated and copied in the years until (and after) 1971, when a legal wide release occurred, and remembered even in 2009 by Spin, a magazine, for having the most unintelligible line in a book written by a rockstar. Tarantula has been translated into French, Spanish, Polish, Romanian, Chinese, Croatian, Korean and other languages. Sometimes legally, sometimes professionally, not necessarily both of those in the same instance.

Is it surreal for you when you hit, in The Philosophy, the passages wherein Bob Dylan says, “Mixed marriages, gay marriages – proponents have rightly lobbied to make all of these legal but no one has fought for the only one that really counts, the polygamist marriage”?

No more than Tarantula, does The Philosophy of Modern Song promise to be nonfiction, or true, or law, objective or expert.

Leading into the Osbourne Brothers and 1956 with Jack Ruby, 1963, is hardcore aggression. The aggressive blurring of male, female, violence and love.

We will never know if Bob Dylan really believes prenuptial agreements are less reliable than 21 in a crooked casino. Whether or not, he, himself, believes it is better to marry off the destitute than to give them government or community charity. The passages are sandwiched between a still from Who’s Afraid of Virginia Woolf, divorce attorney advertisements, and a spicy true crime magazine featuring a femme fatale. 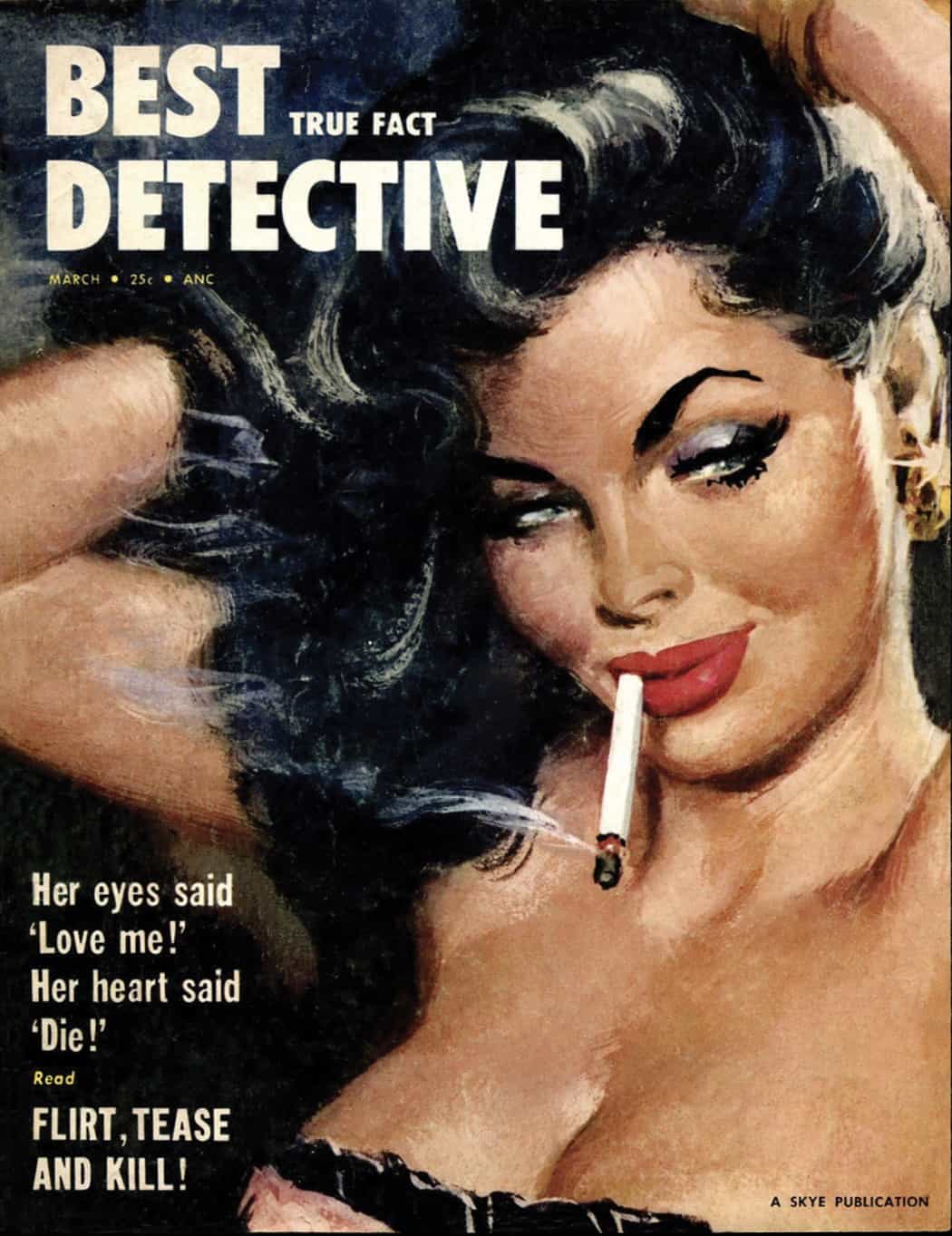 The Philosophy of Modern Song is a scrapbook, a photo-essay, a collage, collection, curation, a comic book. And, when Bob Dylan says, “Stan Lee would have had a ball drawing up this guy,” he baits us. As he says in that chapter, “your imagination just fires away.”

The Philosophy of Modern Song just says, up at the start of it, that it is for Doc Pomus. He would get the gag.