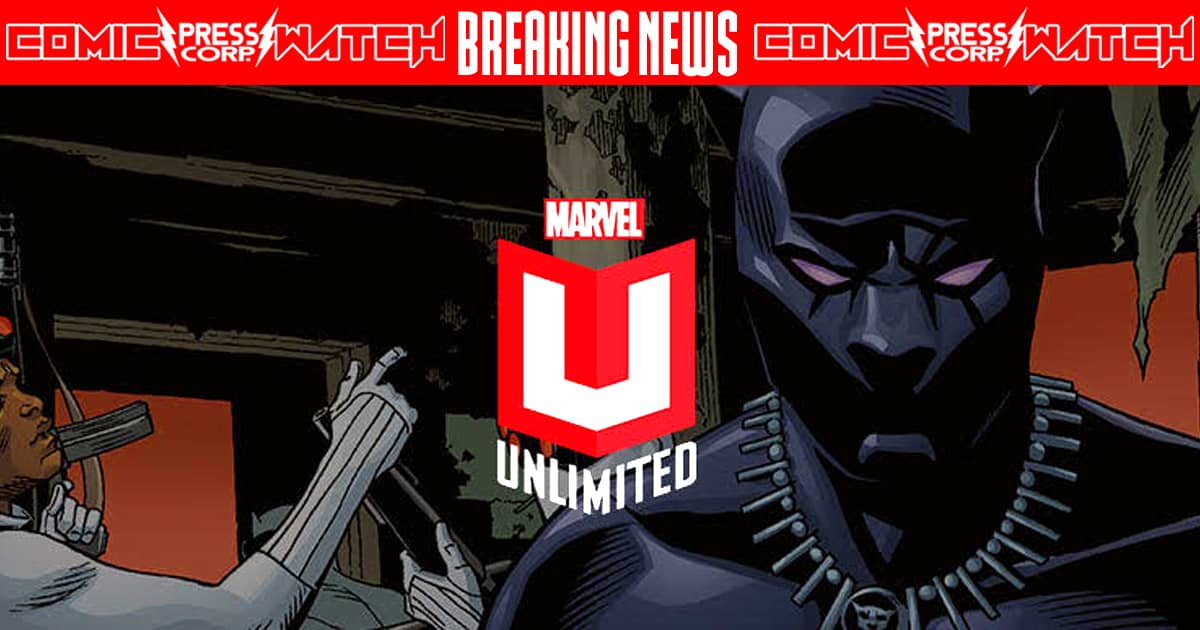 Marvel Unlimited, Marvel’s digital comics subscription service, is offering an annual membership of unlimited reading for $60 for the first year – that’s just $5 a month! Through 2/28/18 11:59 PM ET, new and former subscribers can join Marvel Unlimited at a low monthly rate of $5, gaining a digital library of 20,000+ comics delivered through your desktop web browser and the Marvel Unlimited mobile app! 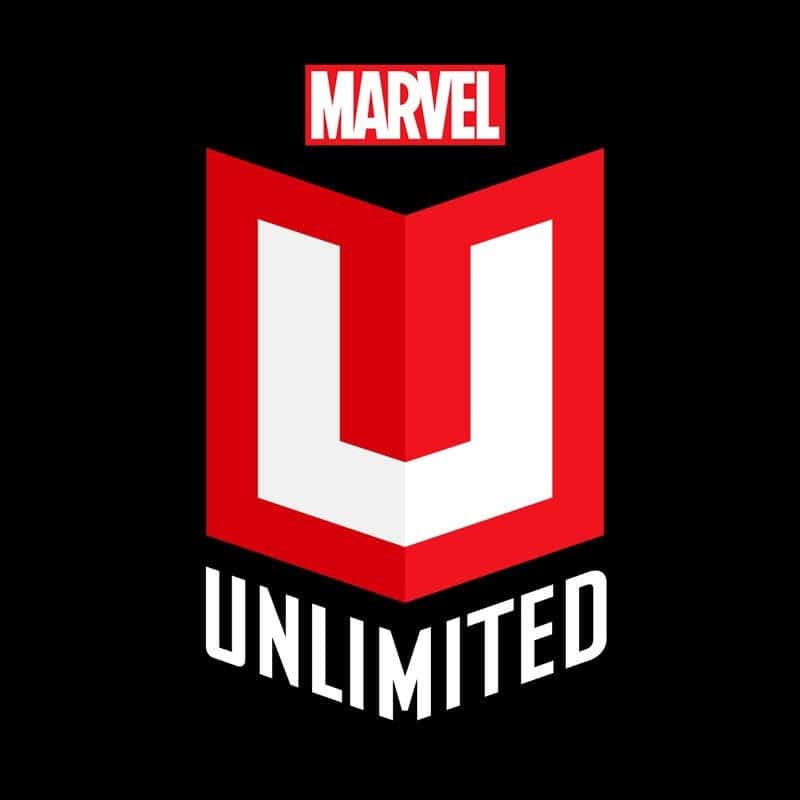 Join as an annual member today and apply promo code PANTHER to have this incredible, curated experience at your fingertips!  Marvel Unlimited is a perfect jumping off point for those new to the Marvel Universe and for acquainted fans looking to find fresh reading! Trying comics for the first time and don’t know where to start? Visit Marvel Unlimited’s DISCOVER section and uncover new pathways into the Marvel Universe by searching for events, themed lists and stories featuring your favorite characters and creators. And what better place to start than our essential reading list for BLACK PANTHER. 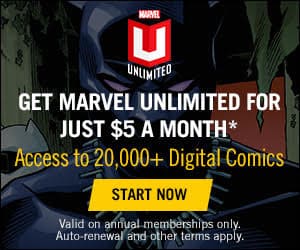 Marvel Unlimited is perfect for on-the-go reading! This amazing service is accessible on the web and through the Marvel Unlimited app on iPhone®, iPad® and Android™ devices. Read hundreds of issues featuring the AVENGERS, SPIDER-MAN, DOCTOR STRANGE and IRON MAN, or binge read hit series like BLACK PANTHER (2016), written by MacArthur Genius and National Book Award winner Ta-Nehisi Coates!  Try other Marvel Unlimited favorites like STAR WARS (2015) and AVENGERS (2016)!

All titles below will now be featured as part of Marvel’s Unlimited Digital Comics Subscription by month’s end!

BRUCE BANNER. AMADEUS CHO. Both have carried the curse of the Hulk. Now they come face-to-face at last – but will they meet as friends or foes? Fan-favorite Hulk scribe GREG PAK is joined by red-hot artist MATTEO BUFFAGNI (X-MEN BLUE) for a time-bending tale that will finally answer the question on everyone’s minds:  WHO IS THE STRONGEST ONE THERE IS? 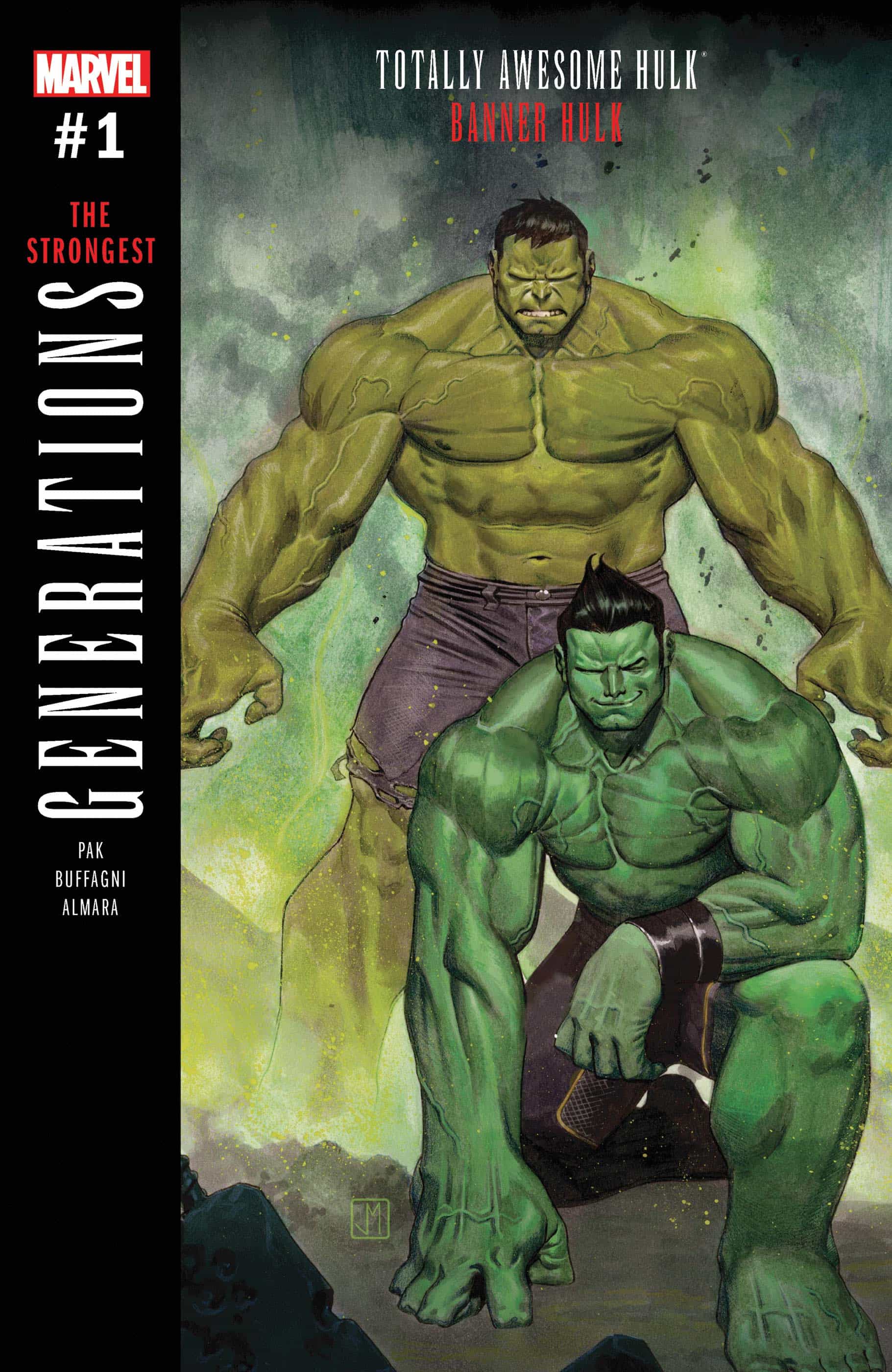 A unique entry-point that’s perfect for new fans and longtime readers alike! Danny Rand has been a lot of things: an orphan, a billionaire, a hero for hire, and the Immortal Iron Fist. He holds the ancient mantle and power of the Iron Fist that has been passed down through the generations but now he faces his most difficult challenge yet: being a mentor and teacher to Pei, a monk from K’un-Lun and the youngest person to ever bear the mark of the Iron Fist. While Pei tackles the trials of training and high school, Danny discovers there’s another threat on the horizon, one that might take more than one pair of Iron Fists to defeat! 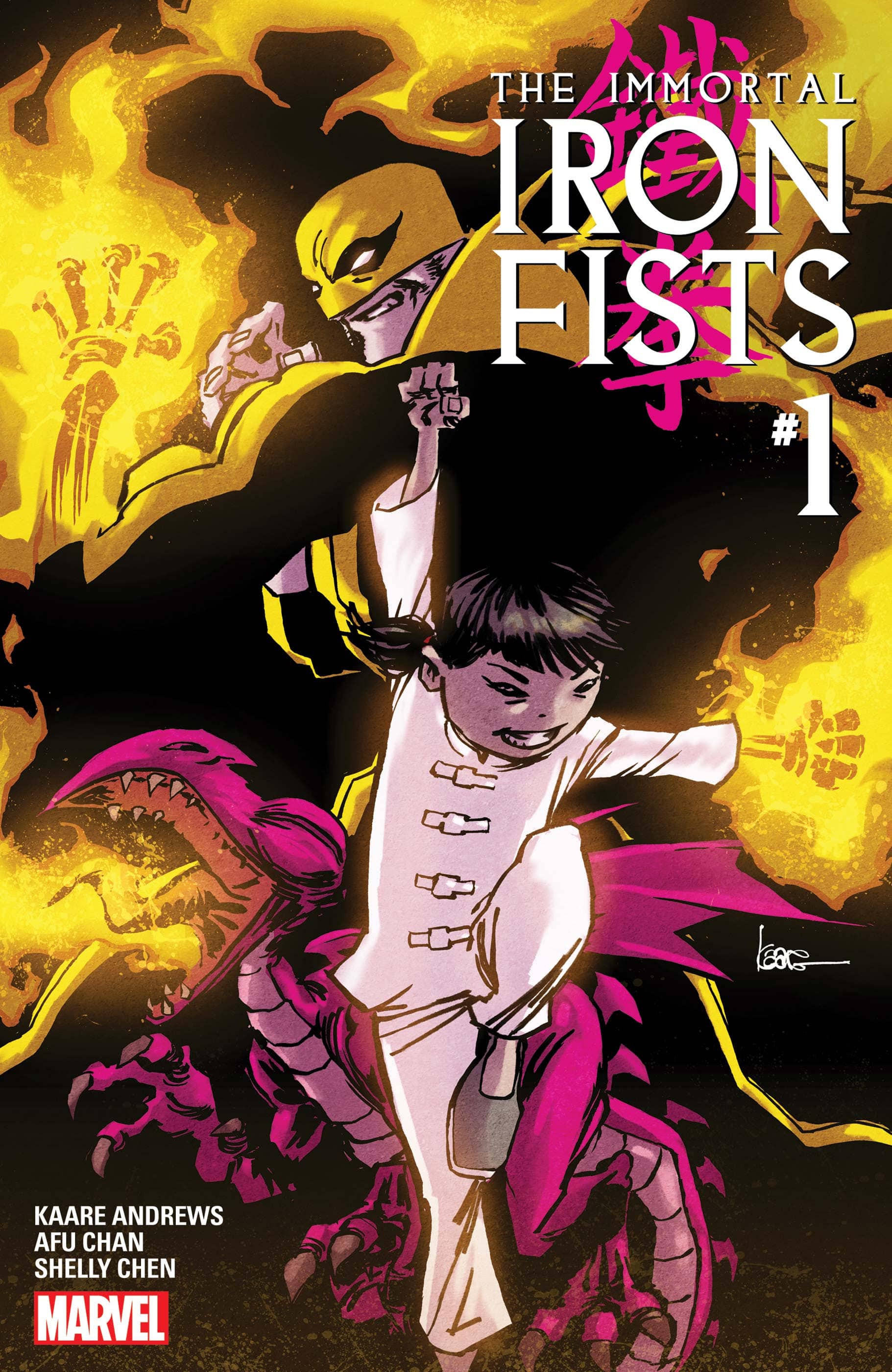 Teenage Jean Grey is willing to do whatever it takes to avoid the fate that befell her predecessor. But when Jean is cast through time and comes face-to-face with the newly possessed Phoenix, will she find the key to saving herself – or learn that her fate is sealed? 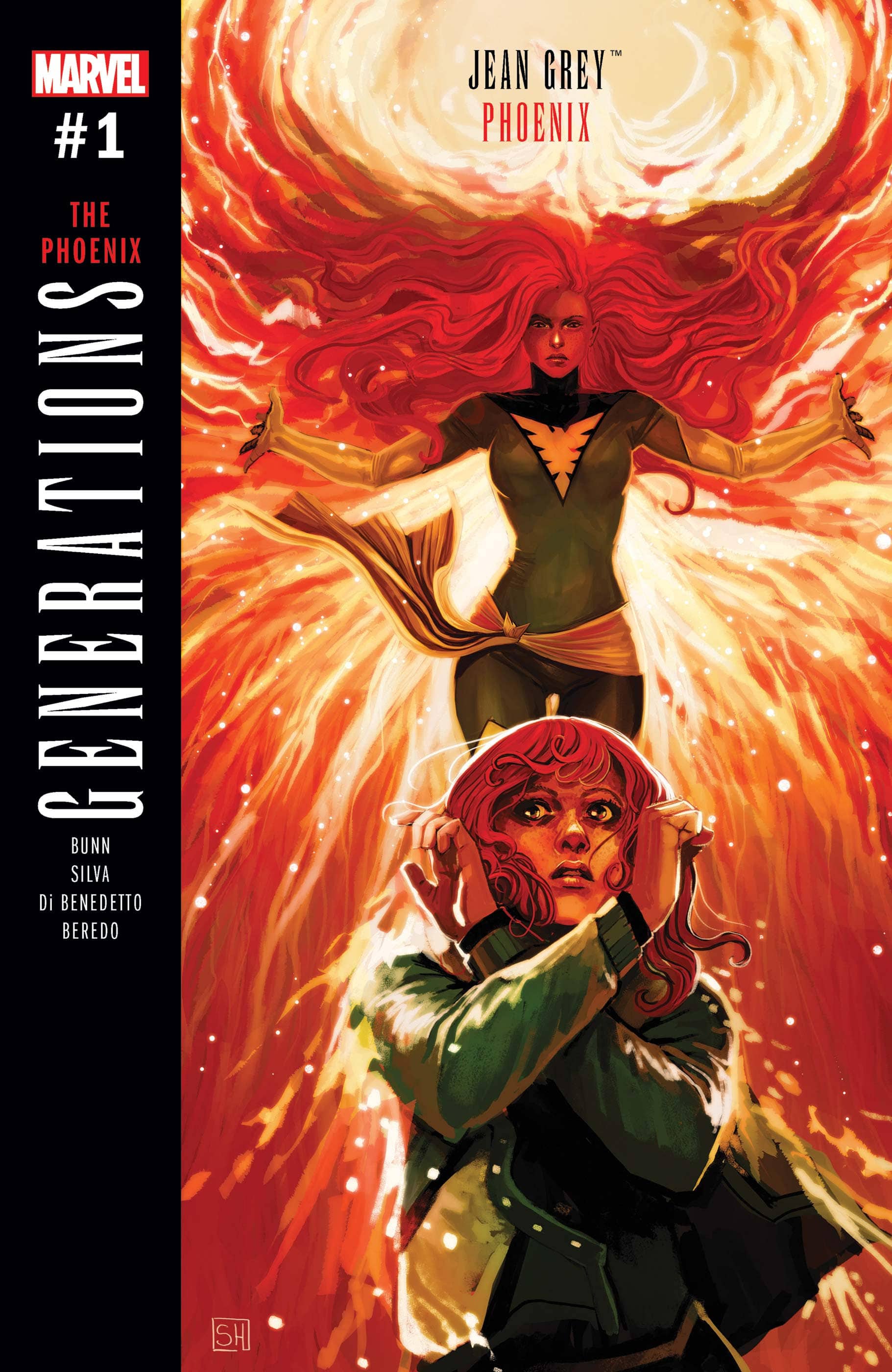 INHUMANS: ONCE AND FUTURE KINGS #1

SOMEDAY, ALL OF THIS WILL BE YOURS! A king in training. A brother destined for madness. These are the early days of the Boltagon legacy. When the king of the Inhumans is attacked, Black Bolt and Maximus spring into action to save their leader! But when Black Bolt loses control, what are the consequences for his future kingdom – or his own family? Plus: A two-page backup (in every issue!) starring Lockjaw, as told by UNBEATABLE SQUIRREL GIRL writer Ryan North and artist supreme Gustavo Duarte! 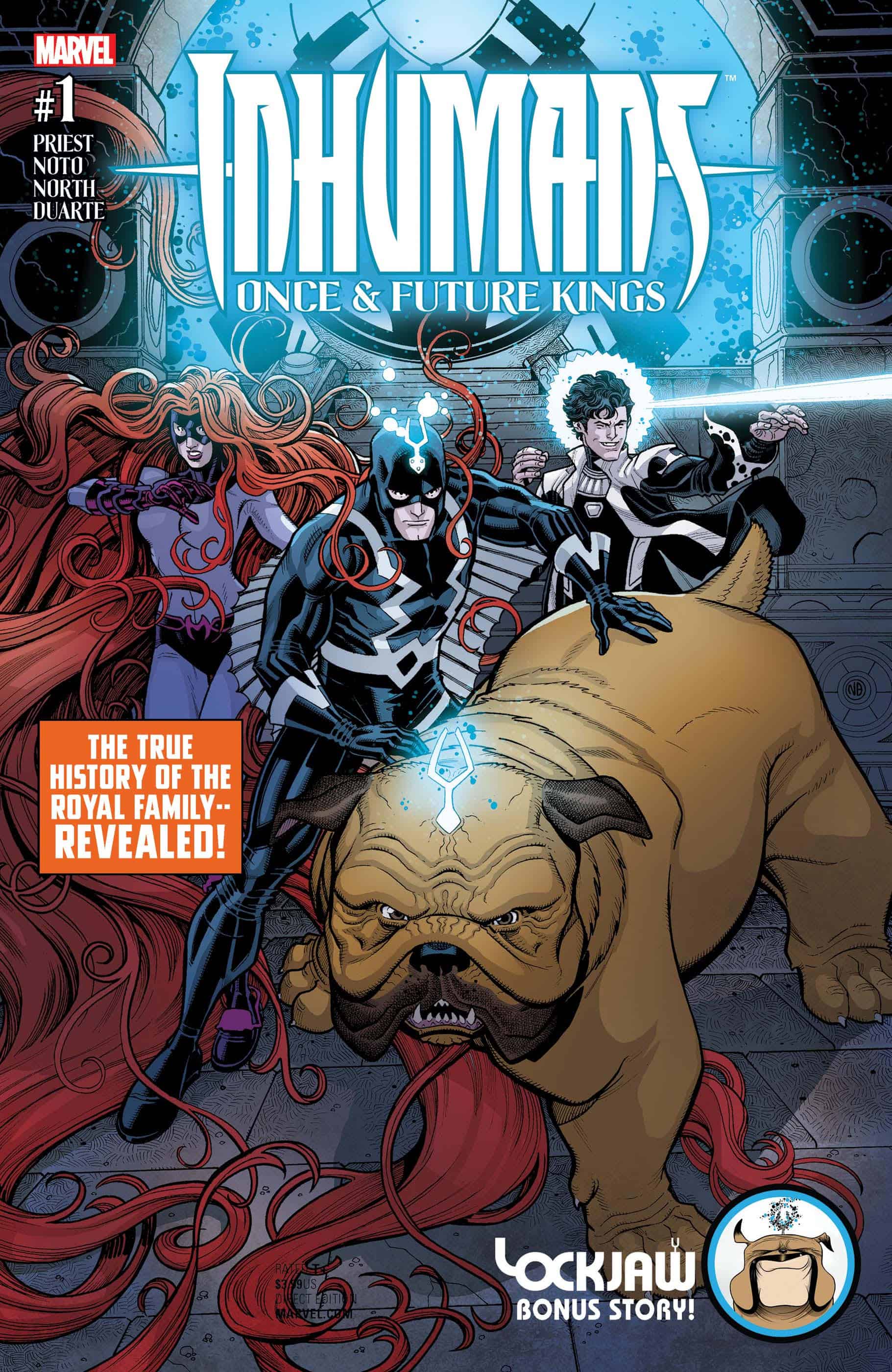 Cassian Andor is one of the top intelligence agents in the ranks of the Rebel Alliance, ably assisted by his reprogrammed Imperial security droid, K-2SO. But naturally, the two weren’t always on the same side of the Galactic Civil War. Now, for the first time, read the story of the pair’s first contentious meeting! It is very likely not to go well. 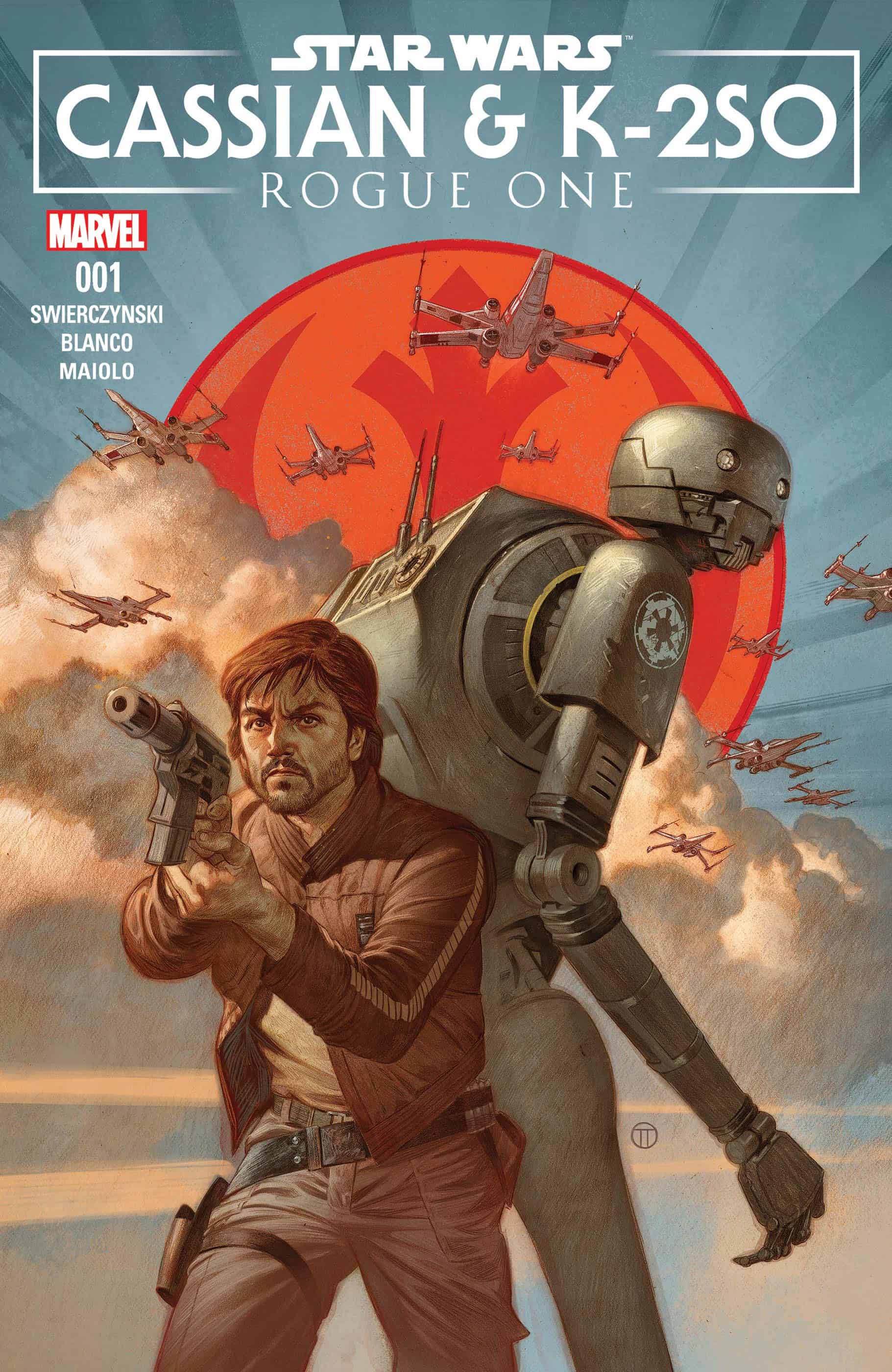 The Avengers face a threat even bigger and more menacing than they could have imagined as the desperate race to cure the zombie outbreak shifts into high gear! Caught in a massive explosion, Captain America, Hawkeye and Iron Man wake up in the midst of a city overrun by zombies. Miraculously, they haven’t been turned, and they find themselves face-to-face with a mysterious scientist who claims to have a cure for the virus. But who is he really, and does he actually possess the antivirus that Bruce Banner has been struggling to create? More importantly: Is the Hulk immune to the zombie plague? 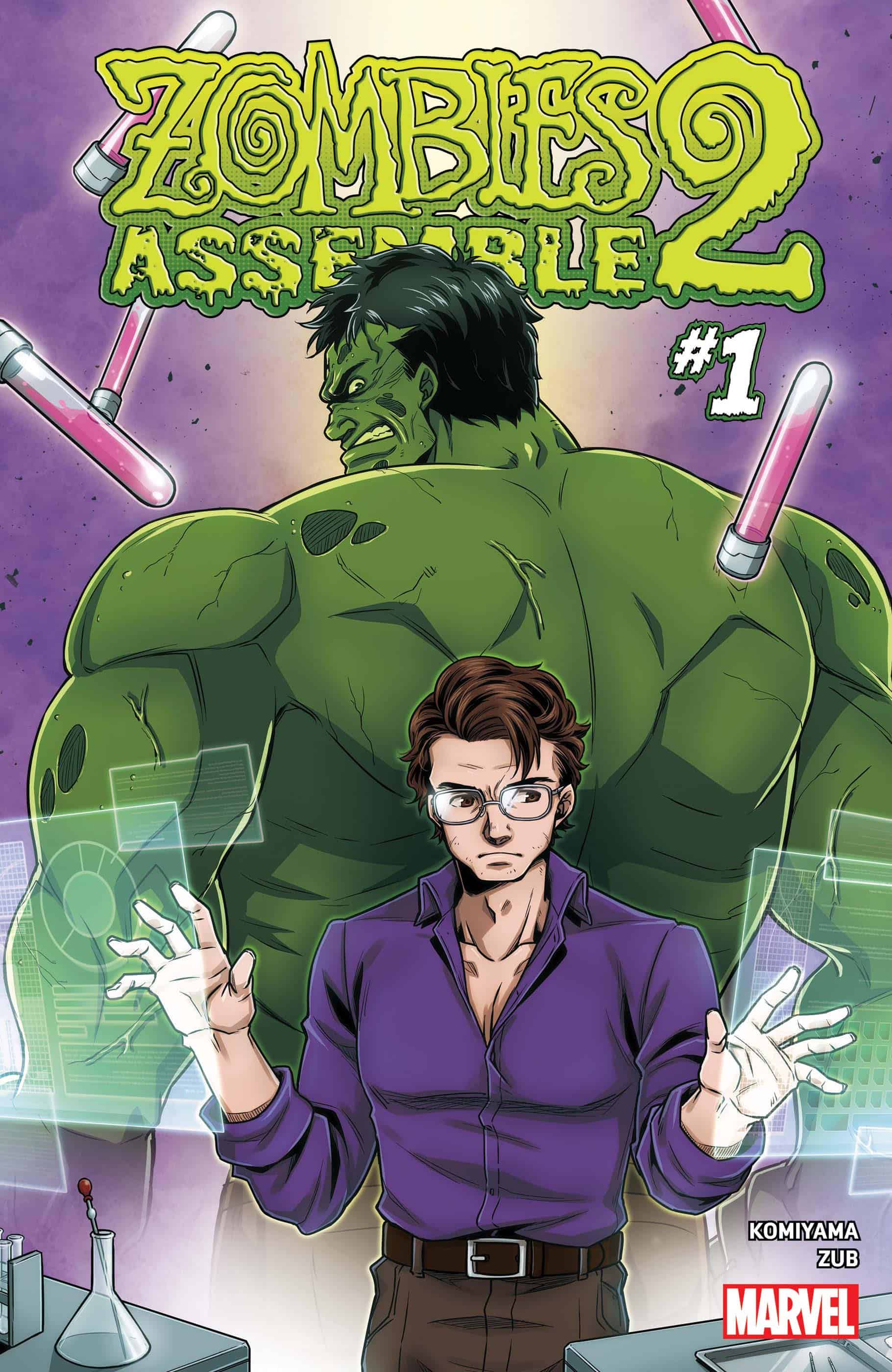 THE TEAM-UP YOU’VE ALL BEEN ASKING FOR! The death of WOLVERINE shook the Marvel Universe – and the ascension of the ALL-NEW WOLVERINE reimagined what a healing factor and some Adamantium claws can do! But the amazing combination of LOGAN and LAURA is the duo you’ve been waiting for! Tom Taylor, the mind behind ALL-NEW WOLVERINE, brings you Generations – a double-Wolverine team-up for the ages! 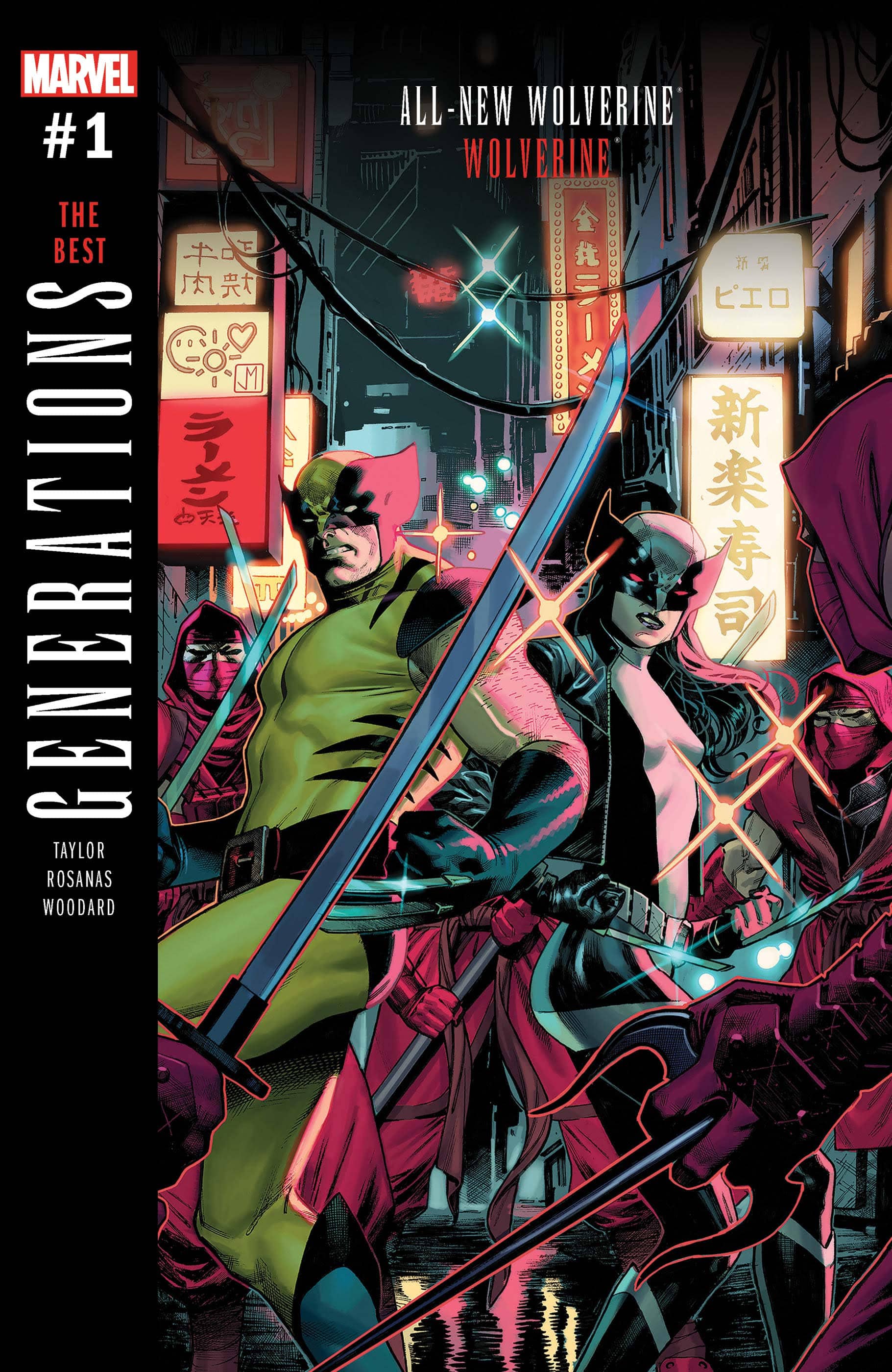 HER HAMMER, HIS AX: A WORTHY APOCALYPSE. When a battle goes south, Thor finds herself in ancient Egypt – facing a young Odinson! A misguided party of Vikings has bitten off way more than they can spear. But when the prince of Asgard answers their cries for help, he ends up in a fight no axe alone can win! And Apocalypse is not one for mercy. Can a not-yet-worthy god and a time-lost hero take on one of the world’s most powerful mutants at the height of his empire? And what does their encounter mean for the future of two Thors? 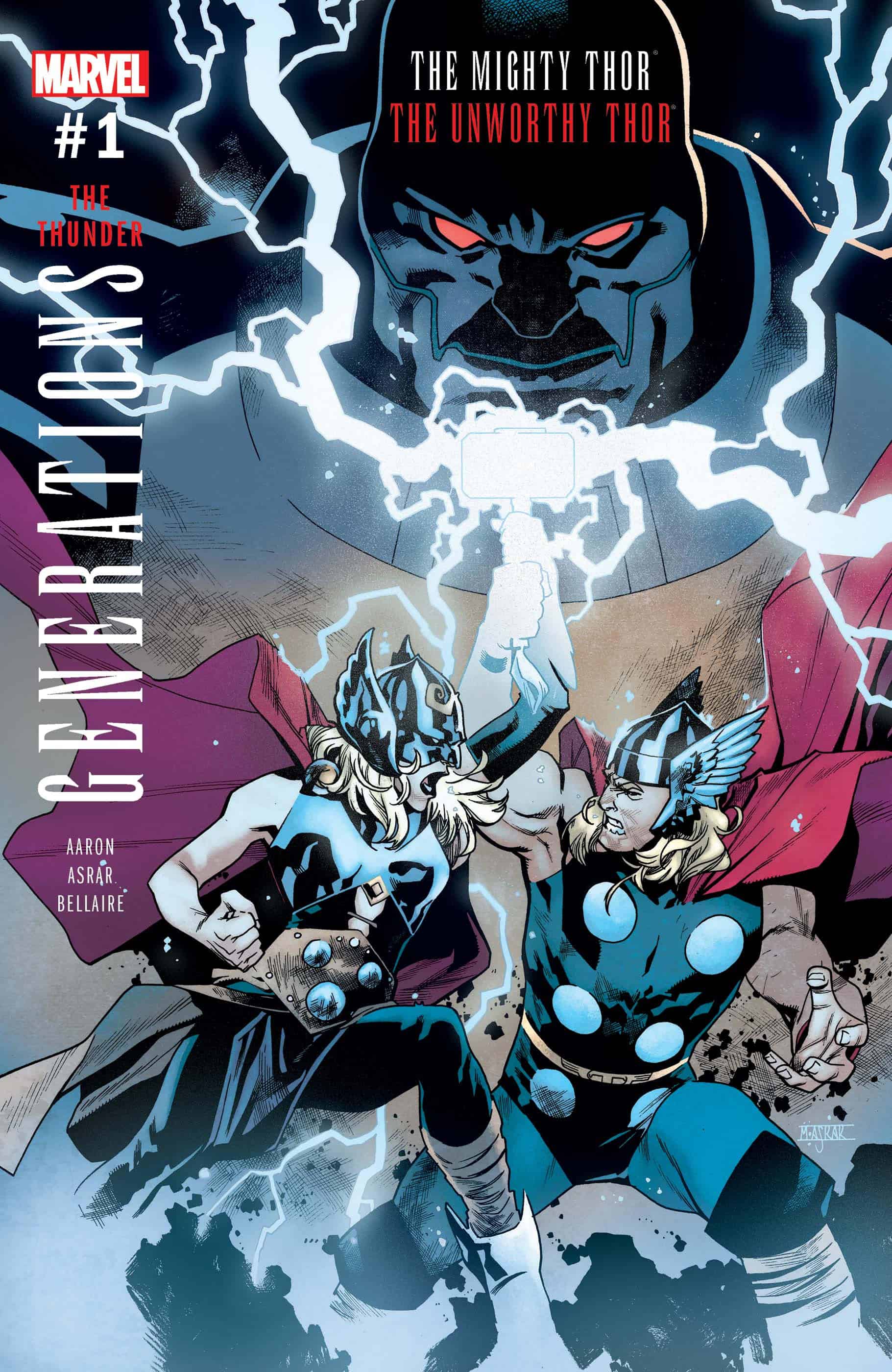 All issues have been added to MU for February. Marvel Unlimited is perfect for on-the-go reading! This amazing service is accessible on the web and through the Marvel Unlimited app on iPhone®, iPad® and Android™ devices. Read hundreds of issues featuring the AVENGERS, SPIDER-MAN, DOCTOR STRANGE and IRON MAN, or binge read hit series like BLACK PANTHER (2016), written by MacArthur Genius and National Book Award winner Ta-Nehisi Coates!  Try other Marvel Unlimited favorites like STAR WARS (2015) and AVENGERS (2016)!