Hot on the heels of his announcement that he will be departing Marvel after more than 24 years at the house of the ideas, artist Mike Deodato Jr.has revealed his next project which will see him paired up with award-winning writer Jeff Lemire for a new project at Dark Horse! 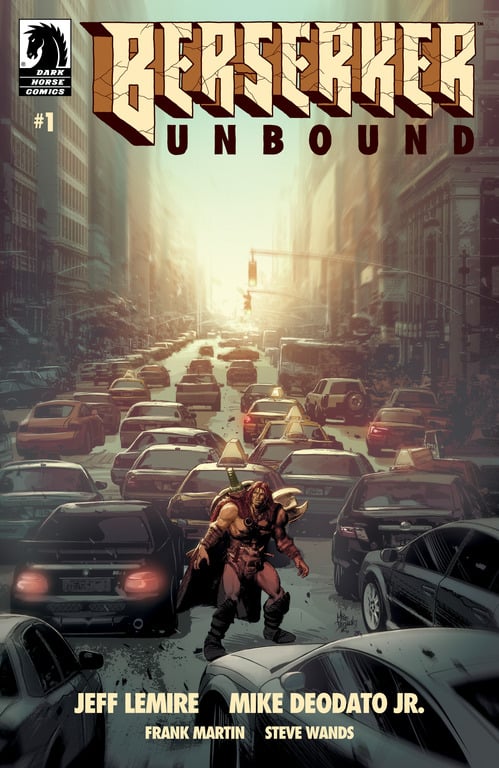 In an exclusive interview with Paste Magazine Deodato revealed the project called Berserker Unbound will be written by Lemire, Drawn by Deoadato Jr, colored by Frank Martin and lettered by Steve Wands. The story will follow a fish out of water sword-wielding warrior as he arrives via a wormhole in our modern world which sees him having to adjust to his new surroundings as well as defend us from an evil wizard.

The first issue of the four-part story will arrive August 7th and will also feature a variant by Hellboy artist Mike Mignola.

In a statement in the article, Deodato had this to say quote:

“I really wanted to draw a barbarian story and Jeff turned this dream of mine into a reality with this deeply emotional story of friendship seen through multiple dimensions, I am not exaggerating when I say this book has the most epic battles I’ve ever drawn! Berserker Unbound is a turning point in my career.”

You can read the full  Paste Magazine exclusive HERE