Breaking News! Valiant’s Quantum and Woody! #1 is So Sold Out, Going Straight to Third Print! 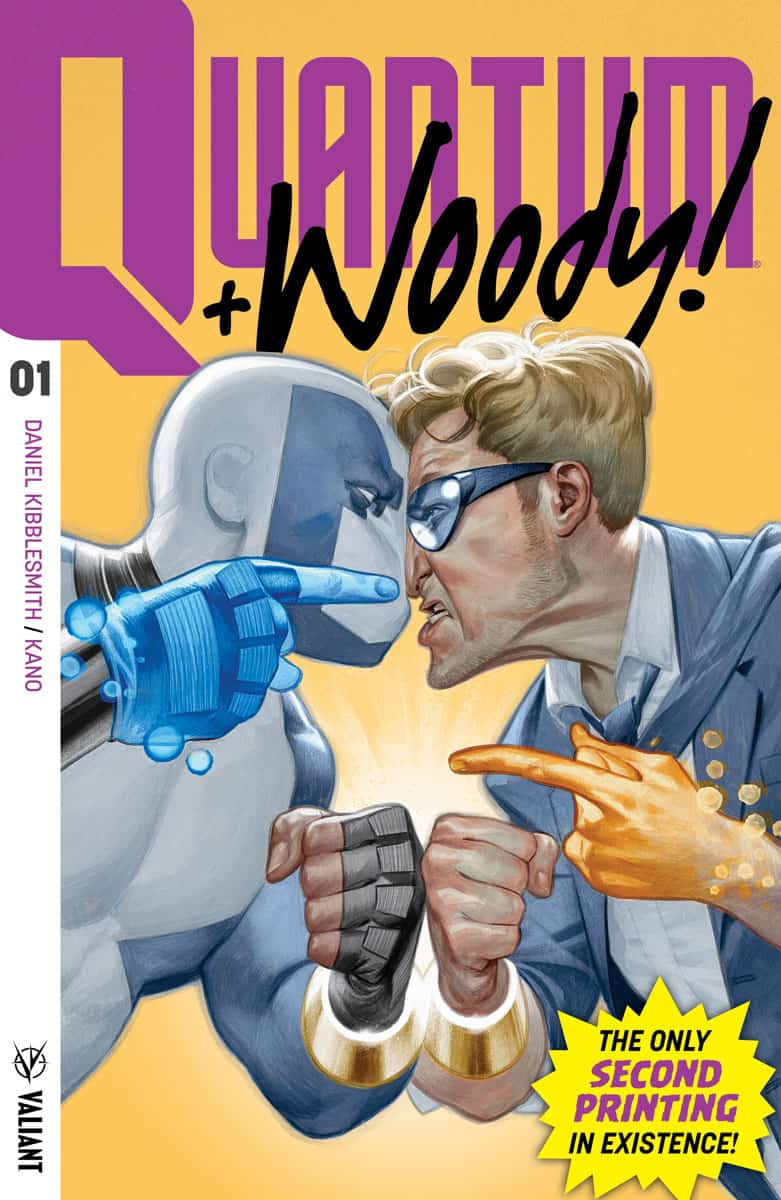 Valiant prints only one copy of second print Quantum & Woody #1 for the Comic Book Legal Defense Fund to Auction the Rarest Second Printing of All Time in Support of First Amendment!  Quantum and Woody #1 goes to third printing!!

Valiant is proud to announce that Quantum and Woody #1 has gone straight to third printing!  Another duo that Valiant has just brought back with a new ongoing series, highly anticipated and totally unpredictable, from rising star Daniel Kibblesmith (The Late Night With Stephen Colbert) and dazzling artist extraordinaire Kano (Daredevil) – has sold out at the distributor level in advance of its upcoming Wednesday, December 20th release date and will soon return to store shelves with a special, highly limited Quantum and Woody! (2017) #1 2nd Printing! 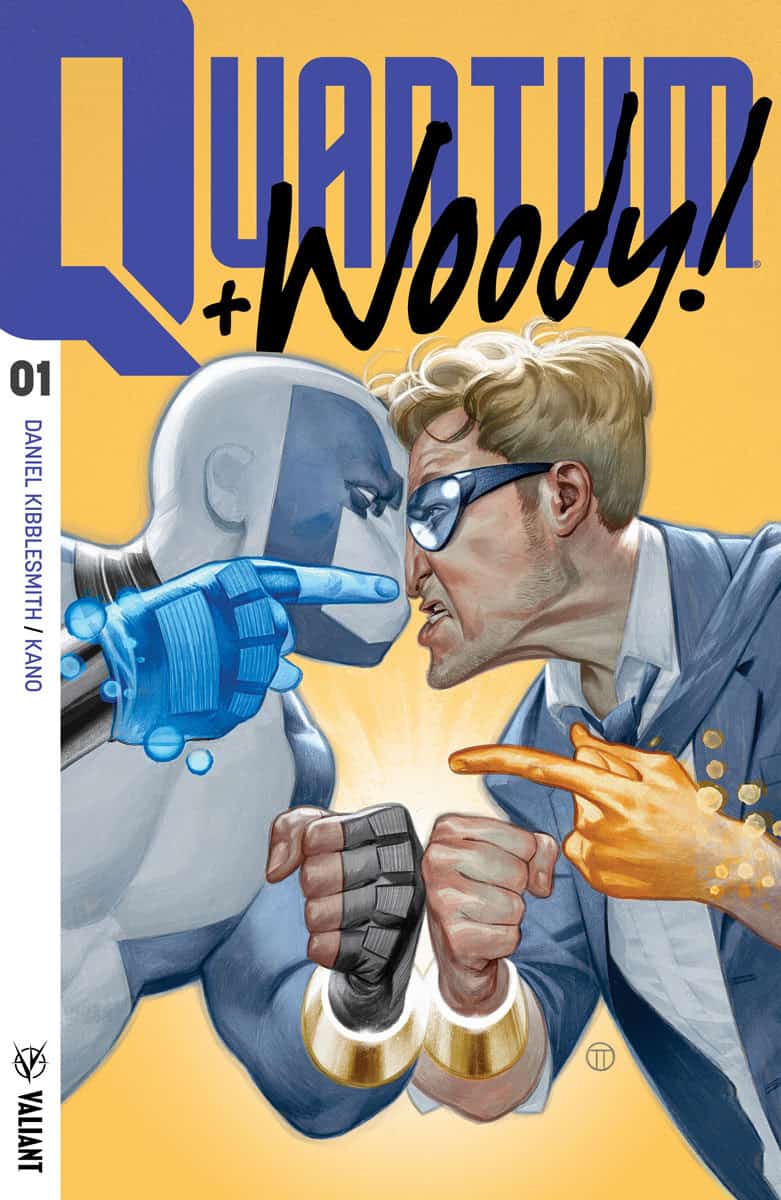 ACTUALLY…So limited, in fact, that Valiant is only printing ONE COPY and immediately going back to press for the Quantum and Woody! (2017) #1, 3rd printing!

Yes, that is 100% correct: “To officiate the imminent return of the world’s worst superhero team to comic shops everywhere, Valiant will be producing a single-copy second printing of its newest monthly series debut.  In turn, this sacrosanct relic of comic book collectibility will then be entrusted to the Comic Book Legal Defense Fund (CBLDF), who are currently hosting an auction of the sole copy of the Quantum and Woody, (2017) 2nd Printing anywhere in existence.  The resulting proceeds from its sale will be used to further the CBLDF’s ongoing mission to protect the First Amendment and the freedom to read.” 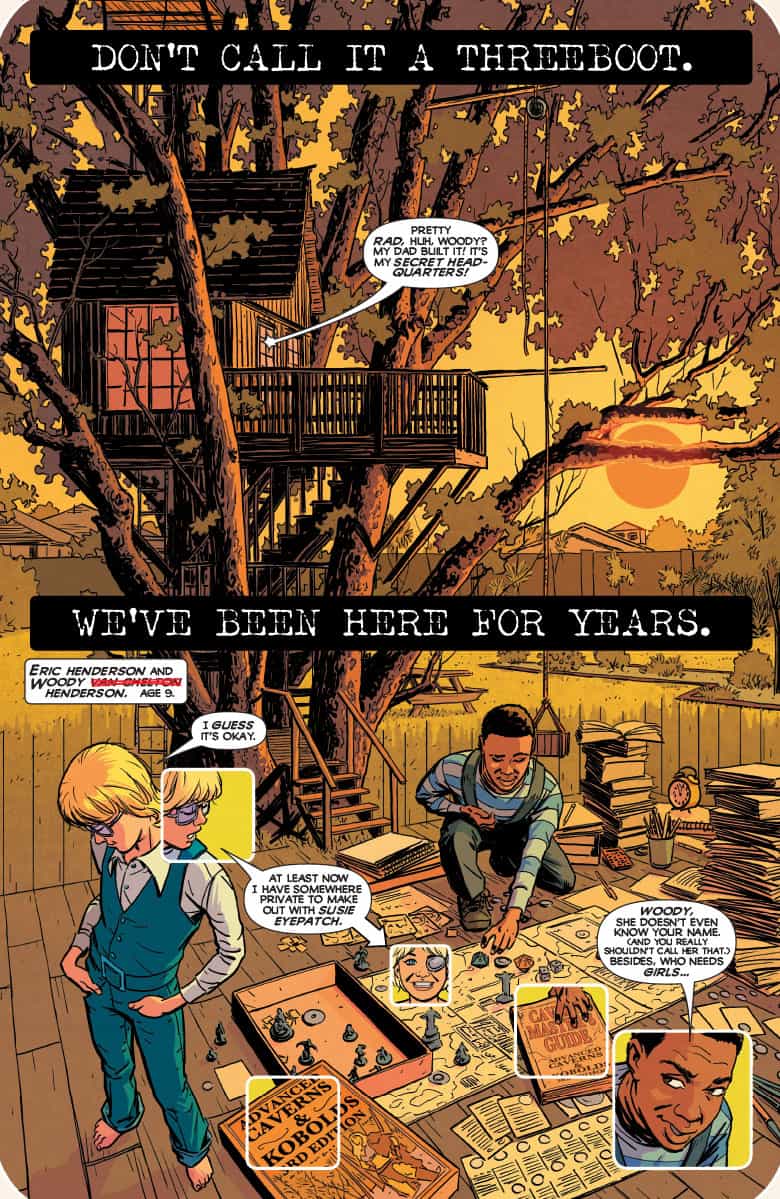 Visit the CBLDF’s eBay auction here to enter your bid anytime now through Sunday, December 24th. But don’t delay…this is one item so rare, it almost doesn’t exist!  Valiant CEO & Chief Creative Officer, Dinesh Shamdasani, said in media releases that,  “We’ve finally done it, we made a comic so rare that even Steve Geppi can’t have it unless he gets it on eBay in the next week.” 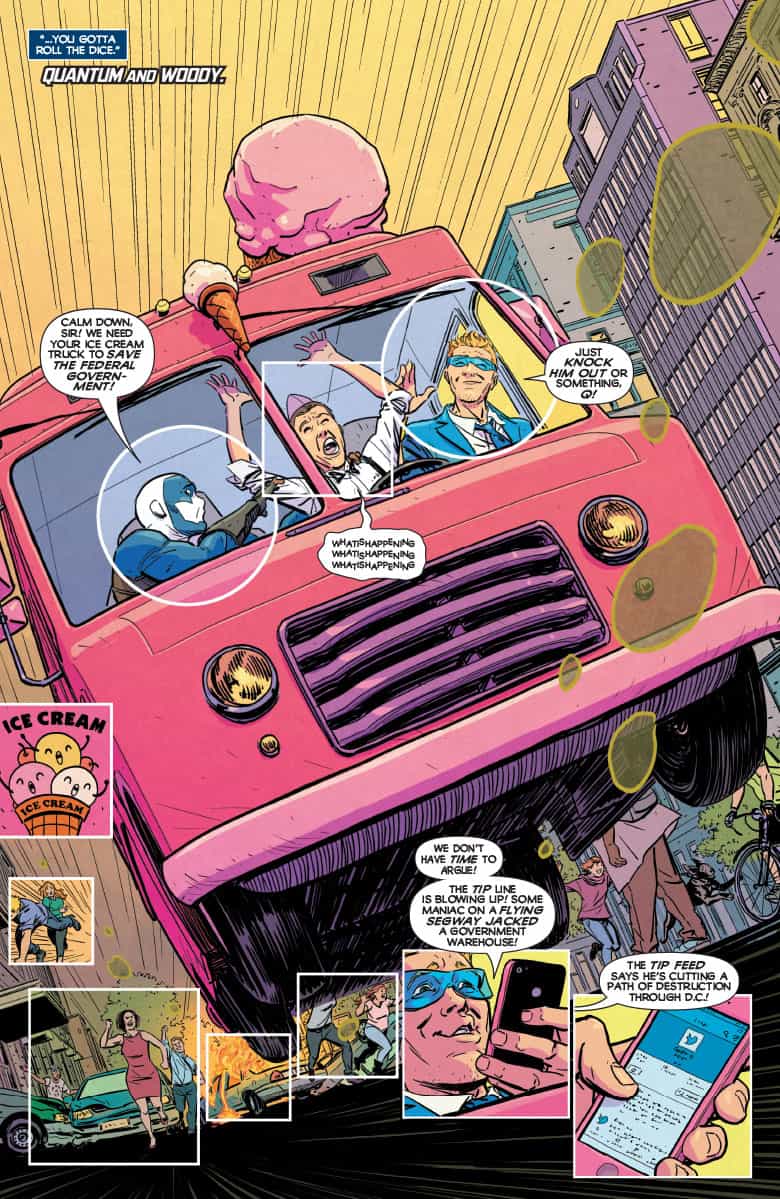 Quantum and Woody is about those who, “Sometimes…embrace…destiny and sometimes…trouble-making adopted brothers find themselves trapped in a scientific lab explosion that grants them $@&%ing awesome super-powers!  As a result of the accident,  Eric and Woody Henderson – aka Quantum and Woody – must “klang” their wristbands together every 24 hours or both dissipate into nothingness.  Which makes superhero-ing pretty awkward when they are not on speaking terms at the moment.  See, Eric has been keeping a pretty big secret,  he knows who Woody’s birth father really is and where he’s been hiding all these years.”

With great power comes great sibling rivalry!  This winter, you’ll believe two men and a goat can split a one bedroom apartment and still be a credible threat to evil and injustice everywhere, when Quantum and Woody, makes headlines and takes names! 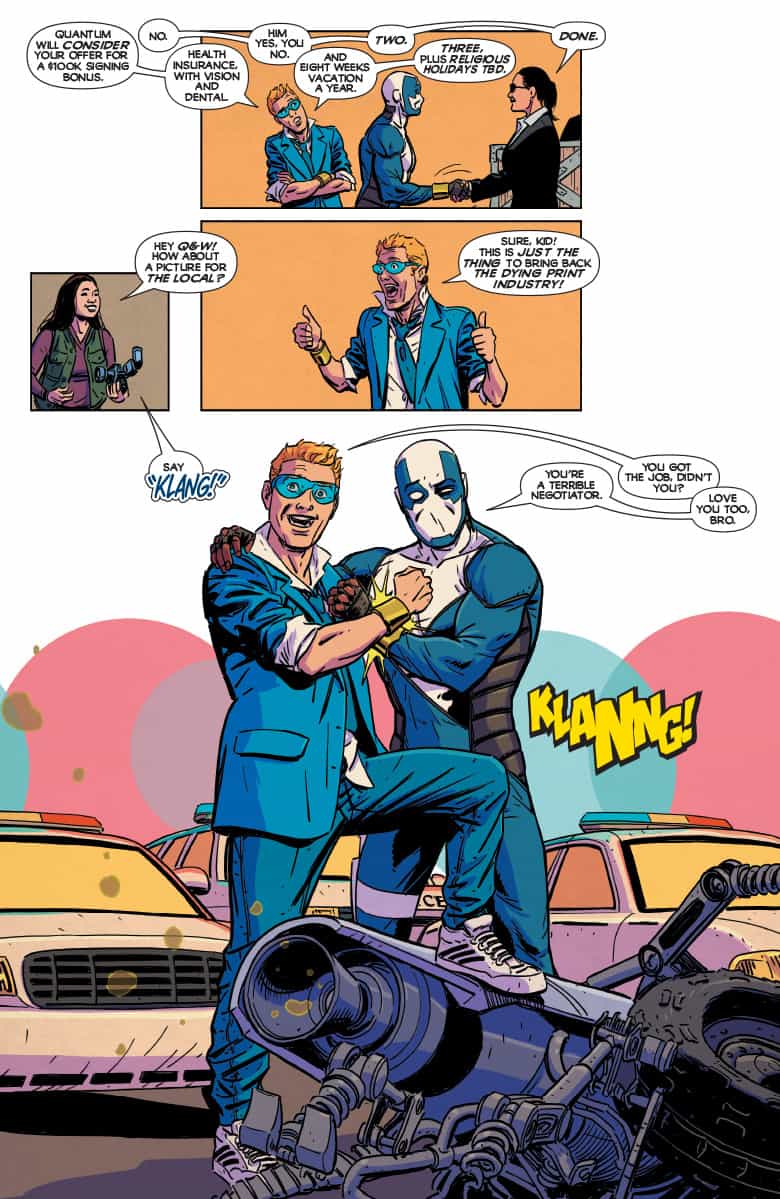