This year at New York Comic Con, comic book publisher IDW allowed the press to speak with the creators behind some of their great comics.

The stage, set in the middle of the main floor was set up perfectly for some interesting discussions with Matthew Klein, writer of CRASHING, Rich Douek & Alex Cormack the creative duo of  SEAS OF SORROWS, Carvan Scott of the upcoming DEAD SEAS and STAR WARS ADVENTURES, and Jackson Lanzing and Collin Kelly, the writers of the new STAR TREK series.

Crashing, written by Matthew Klein and illustrated by Morgan Beem (Swamp Thing, Adventure Time, Wonder Woman Black and Gold) is part Nurse Jackie and part The Boys.
Crashing tells the story of doctor and recovering addict Rose Osler, one of a handful of doctors in the United States who specialize in treating “Powered individuals,” human beings imbued with a range of incredible—and according to some, fundamentally dangerous—superhuman attributes. Amid a sudden, rising wave of violence and chaos apparently provoked by these Powered citizens, Rose struggles to balance the ghosts of her past with the mounting pressure of her professional responsibilities, all while fighting to hold her strained marriage together and avoid the lure of getting high.
CRASHING INTERVIEW – LINK HERE 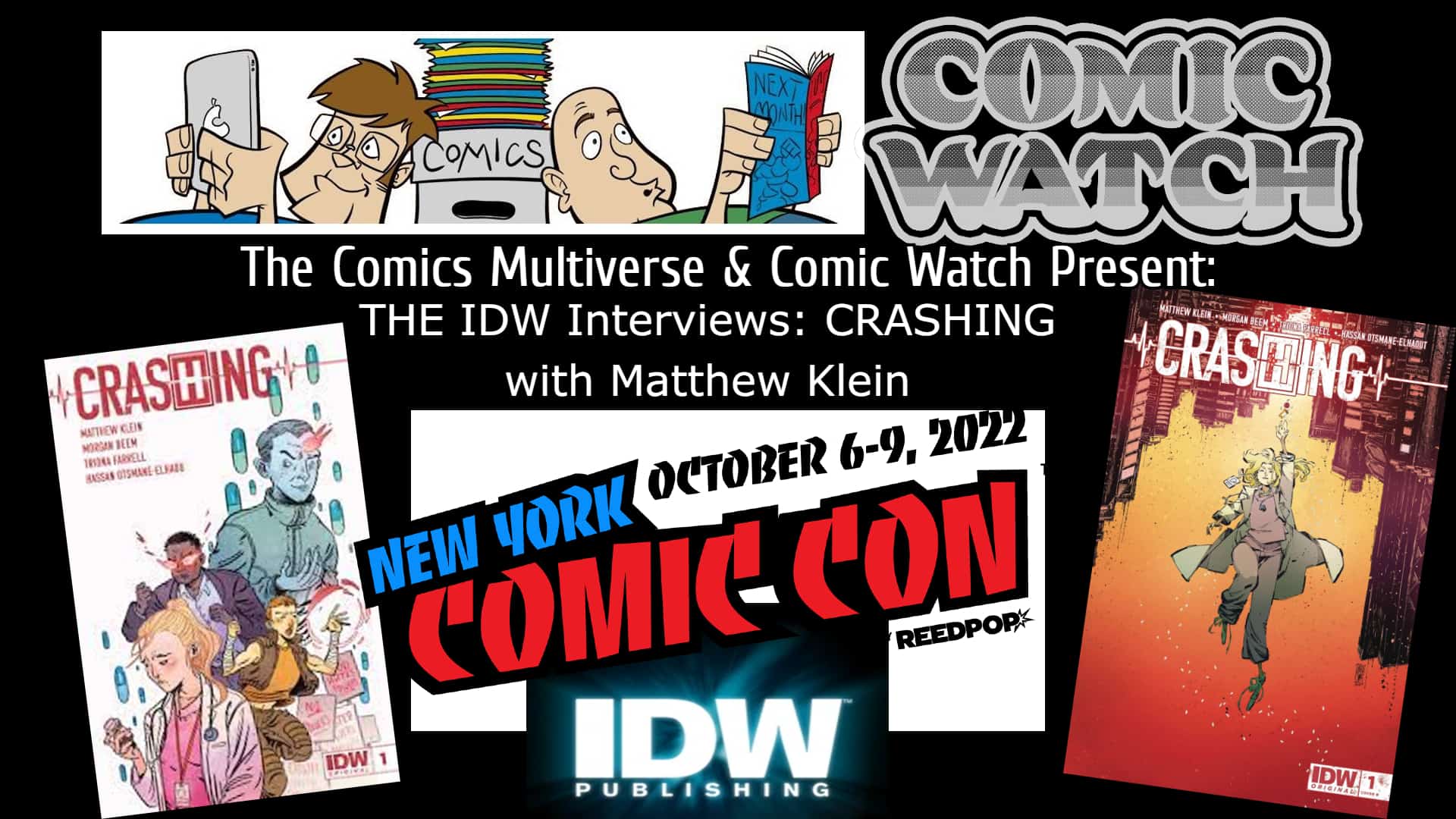 It’s stardate 2378, and Benjamin Sisko has finally returned from the Bajoran Wormhole omnipotent—but his godhood is failing with every minute.

Sent by the Prophets on a mission to the deepest parts of space aboard the U.S.S. Theseus, he witnesses the unthinkable… …Someone is killing the gods. And only Sisko and his motley crew of Starfleet members from every era of Trek can stop them.

Dead Seas, a six-issue miniseries about a cynical convict transforming into a reluctant hero when he’s trapped on a sinking prison ship swarming with ghosts. Can he unite desperate criminals, pirates, and brutal guards as they try to escape a watery grave?

It’s 1968. On the fast track to becoming one of his era’s most iconic rock stars, Jimmy Meadows should be basking in the glow of newly acquired wealth and fame. Instead, crushed by the weight of a debilitating heroin addiction, Jimmy is on the verge of losing everything—until an old friend tips him off to an unorthodox treatment method hidden in the depths of the South American jungle. With fair-weather friends, local opportunists, and industry sycophants in tow, Jimmy sets off in search of what he’s sure will be a miracle cure.

But as the excursion veers off course and the realities of their environment begin to bleed together with Jimmy’s paranoia and drug-induced hallucinations, the team quickly descends into a nightmare of bloody chaos populated by unspeakable horrors that surpass even the most brutal drug trip.

ROAD OF BONES and SEA OF SORROWS are available now with BREATH OF SHADOWS releasing in February 2023.

Thanks to all creators and the IDW staff for making these interviews possible.

Meet The Diverse Array Of Legionnaires In The Last Preview Of The Latest DC Universe Movie: LEGION OF SUPER-HEROES
January 27, 2023

Exclusive Sneak Preview: Is There Hope Left For Krakoa’s Peacekeepers? Find Out in LEGION OF X #10
January 26, 2023