‘Stardust & Nettle’ is a collection of comics and illustrations by nonbinary disabled Roma Jewish Armenian creator Michiums, part of the wider project ‘The Forest Is Home’, that reinvents the traditional Eastern European tale of Baba Yaga, a witch who lives in the forest within the death and life realms, and who is rumored to eat children that get lost. Michi is pretty explicitly reinventing the tale to talk about found home and the liberation that can come from finding home outside of the place and ways you got raised in.

These pages and the vast immensity of the color lines that seem to expand sinuously in all directions, the mysteriousness and at the same time familiarity of the everchanging, everfeeling ‘monsters’ that run through it, make me think of how I have come to learn to create and inhabit my own sense of home, different from what the world has told me home means. It makes me think of how we (trans people) are monsters to so many people, especially in how trans children, by virtue of seeing us, can decide to walk by themselves, to get lost in the forest. In how we can transform lives that are always marked by fear, death and uncertainty, and how that is indeed a scary tale for some. 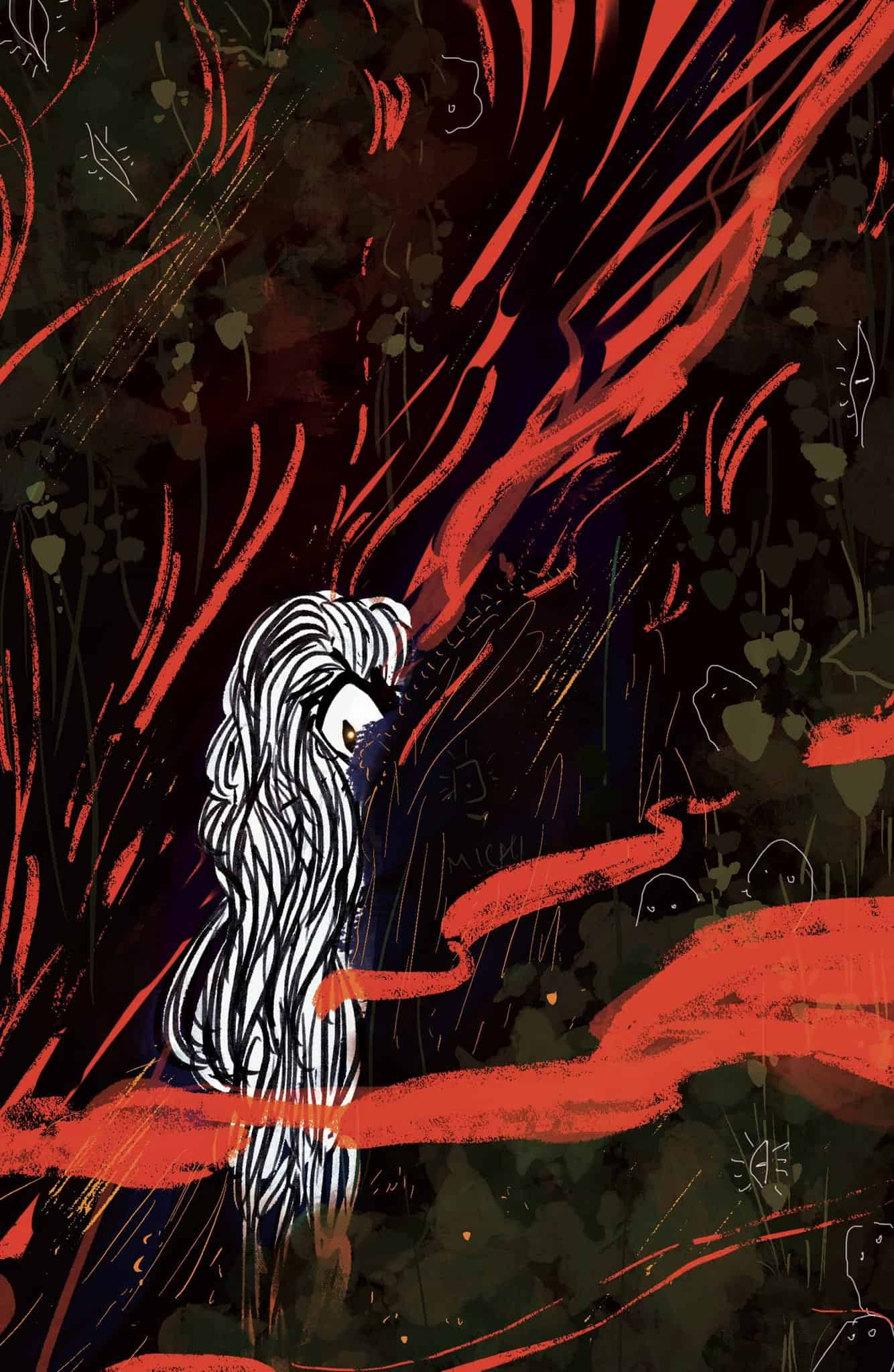 ‘Baba Yaga serves as a wayward

point of being a safehaven for those

who are cast out of their homes, and

for a price, provides safe harbor to

those who seek them out’

In a year particularly shaped by the decisions regarding trans children’s lives, made by everyone but them, centered around parents that support them, parents that hate them and abuse them, states that want to legislate on their lives, cis adults that want to question their every move and impose what they think about it… I think about myself as a child and how much I wanted to get lost in the forest, and how that was a grasp for agency. And I think of how many trans youth ends up literally homeless. I think about how some of my friends have been in that same situation. And I think of what I now call home, within the different chosen people that inhabit the various spaces I find it in.

That very concept of home that I can create or define within myself is shifting every day and still shaped by the trauma of inhabiting the private space for so many years pretending to be someone that isn’t me. That’s why sometimes gestures that can feel careless or inconsequential, “risks” as so to speak, can create a sense of safety. Running away and trying different things until you find those that fit you. Failing. When safety is so broken that you need to make up your own meaning of safety, these spaces of mysterious, beautifully dressed ‘monsters’ feel calming.  Michi perfectly reflects that energy taking the visual elements of the unknown, death, but also magical lands, wonders, a sort of marveling in uncertainty. These drawings and the warm colors that permeate through them make me feel how the sense of unfamiliarity and change as what defines a home is also a possibility. 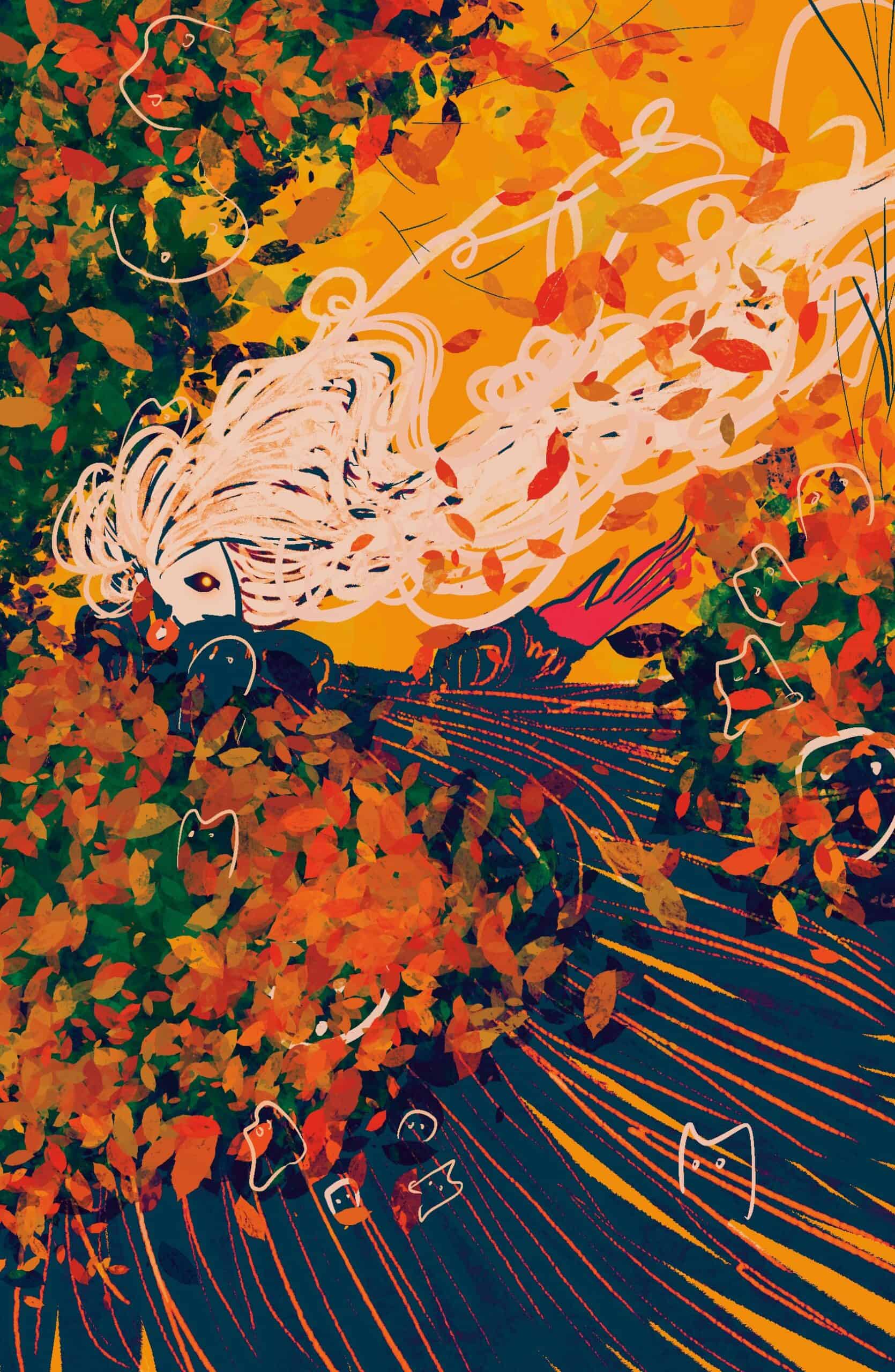 ‘Stardust & Nettle’ is reworking the spaces of monstrosity that so many trans people are usually running towards, as a form of freeing themselves for the spaces they’re usually secluded to, when the known, the house, the private environment, is learned as unsafe. Losing yourself in the forest can be the only way to live. Cautionary tales turn into tales of liberation. I dream of a day where all trans children can be free to lose themselves in the forest, and where houses are always places found and made, not trapped in. 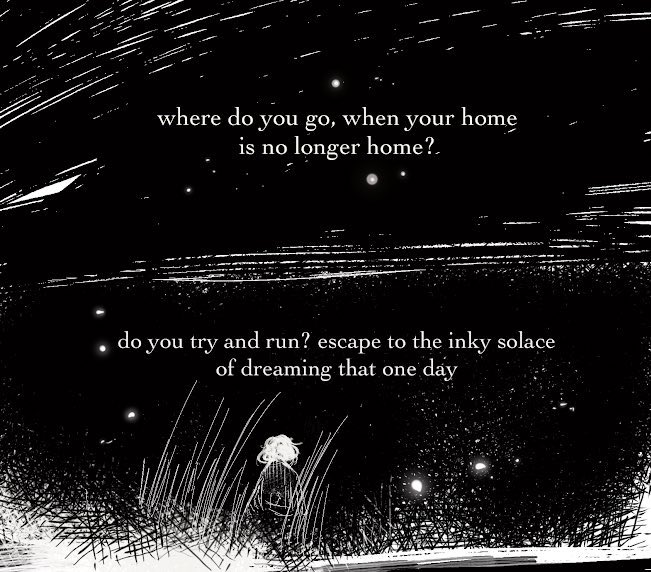 You can follow Michi at Twitter and Instagram, and get ‘Stardust & Nettle’ and other illustrations and merch from ‘The Forest Is Home’ at their BigCartel. You can support various initiatives to move forward the day trans people can have equal rights here.