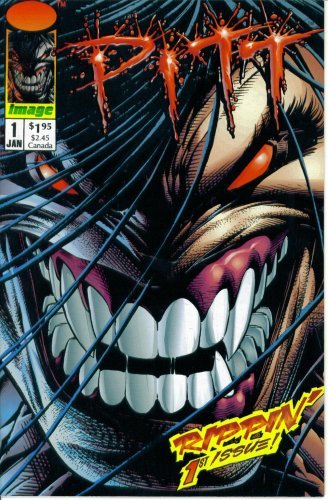 As the Nineties (and Image) gained speed, so did the speculator market, and Dale Keown’s PITT was was almost destined to be caught in the melee. Billed as the next big thing (sound familiar?) PITT enjoyed its fifteen minutes of fame, but by that token, its flame extinguished pretty quickly. Now, that’s not to say that the world has forgotten about it – far from it. PITT has joined the ranks of the characters that have enjoyed a rabid cult following. (As I’m writing this, looking at my ¾ complete build-a-figure of PITT, and thinking that I will never find an arm, a leg, and Timmy. Such is life, I suppose.)

So, what the heck was PITT, anyway? Aside from having a rippin’ first issue?

The brainchild of artist Dale Keown – no stranger to drawing muscle-bound behemoths, having cut his teeth on Peter David’s seminal Incredible Hulk run – PITT has the distinction of being the first Image comic to be published by a non-founder, hitting shelves in early 1993 after debuting a few months earlier in Youngblood #4. PITT was an alien/human hybrid who was super strong, had retractable claws, a bad attitude, limited psychic ability, the weirdly S&M-esque ability to turn pain into a stimulant, and no nose because reasons.

Keown was no stranger to overpowered monsters who just maul whatever is in their way; however, PITT felt slightly different in a very specific way – more in tune with that early Nineties zeitgeist than his hulking counterpart at Marvel, at least insofar as he was superficially EXTREME!. PITT was dark, violent, over the top, more interested in splash pages that could double as pin-ups than in telling a deep story, and a prime example of the excesses of Nineties comic (an ethos, rightly or wrongly, many seasoned industry vets accused Image of fostering). It still is all these things, yet curiously, doesn’t hold up as well to even the glow of nostalgia as, say, Spawn or Youngblood or WildC.A.T.s does. PITT always felt unfinished and seemed to get lost in the shuffle rather quickly after its much-ballyhooed debut – due at least in no small part to the book being consistently plagued with shipping irregularities from the start (another hallmark of early Image). The comparisons to that other rage monster didn’t help, either, though it could be argued that as the cliche goes, imitation is the sincerest form of flattery. Two years later, PITT quietly ended with issue twenty, without much fanfare, with #20. 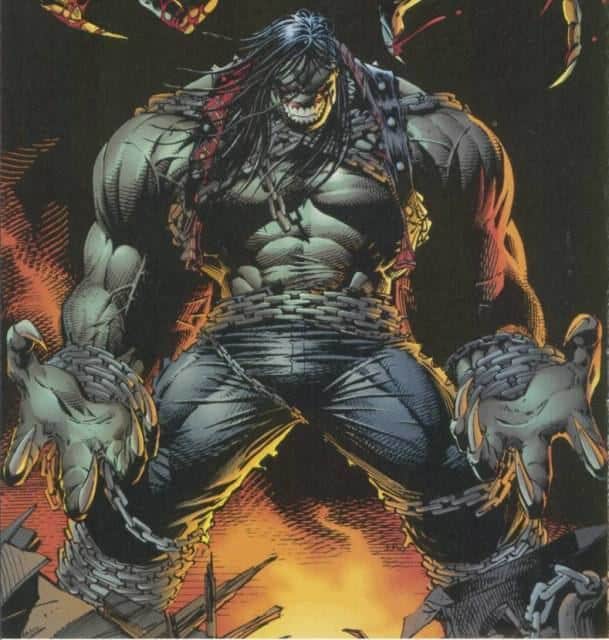 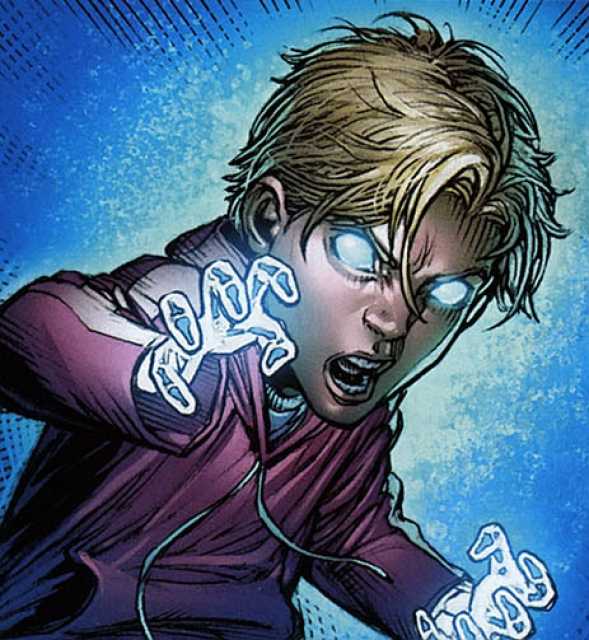 However, comics never truly die. With the explosion of self-publishing over the past ten or so years, there has been a resurgence of mostly-forgotten ’90s characters getting a new lease on life. Which might have bode well for Keown and PITT, but… every positive needs a negative.

Last year it was announced that Keown was reviving PITT with Ethan Van Shiver’s ALL CAPS comics. Van Sciver, of course, is infamous for his hate-filled rhetoric and misogyny and toxicity and all that ComicsGate represents. And while it isn’t explicitly known why don’t know is why Keown chose to throw his lot in with their ilk, his silence may be damning unto itself. Most creators who go over to that side of town formally announce it on Twitter and get the troops riled up. Keown has kept silent on his stance, which is in its own way tacit approval. Keown has always been a relatively private individual among comic creators, but unfortunately, his choice to throw in with ALL CAPS tells us a lot more about him and his beliefs than we would have preferred. It’s always disheartening when favorite artists of yesteryear reveal their true stripes, or at least that their stripes have changed. Is Keown a bigot or misogynist? Does he identify with the CG “cause,” at least as they frame it, as a positive light? Given how many years it’s been since he was relevant, does it actually matter?

Furthermore, what does this do to his legacy? While some folks have purged their collections of anything CG, others have relegated certain books to the farthest dark corner of existence, taking on the motto “we just won’t talk about these particular issues.” With Dale Keown not making a formal statement (which is his right to do so), unfortunately, Keown inadvertently joins the ranks of “those who must not be named.”

With his silence, we can’t know what’s on his mind. But actions speak louder than words. It could charitably be said that his endgame is to get his stories published and in the hands of the fans; however, why go to an arsonist to build your house? With so many other means of publishing your cult classic, this move leaves folks scratching their heads. Maybe he and Van Shiver are buddies, and this is just friends doing friends a favor, and that’s fine.

But silence is consent.

In the grand scheme of Image’s (and comics’) history, PITT is ultimately a flash in the pan, a blip on the radar. One more ‘roided-out behemoth hacking and slashing his way through his foes, indistinct from the pack. That PITT has been largely forgotten shouldn’t be much of a surprise; unlike his counterparts Savage Dragon or Spawn – which have grown and matured and become something wildly different than they were at their inceptions, or Youngblood, which will always have the rabid support of Liefeld die-hards, or WildC.A.T.s, now safely ensconced for all time at DC – PITT just never really stood the test of time. Which in a lot of ways, makes it far more common than one might think – after all, the history of comics is littered with attempts at being the Next Big Thing that never get off the ground and are eventually forgotten as times change and fandom moves on. But in being the first comic by a non-founder to be published by Image, it was a clarion call to all comers that they didn’t have to be one of the O.G.s to make a statement as an independent creator. Image could be a home to anyone who had a vision, an idea, a creative yearning. In 1993, that notion was in its infancy – but by the close of the 20th Century, would become the publisher’s raison d’etre. There would be a few more bumps along the way, but things were moving in the right direction.

NEXT WEEK: Image swings for the fences and lands ALAN MOORE to their burgeoning creative stable, with the Silver Age Marvel homage/romp 1963!