“There are two kinds of stories I do. One is adolescent stories…little kids who discover strange ass monsters. And the other story is adults who screw each other up of their own free will. It’s simple.” – Sam Keith

Welcome back! Chapter 9 is upon us, and we hope you all are having as much fun reading these as we are writing them. Up next is a character that most have forgotten; however, it enjoys the biggest cult following, as does its reclusive creator. We are talking about Sam Keith’s THE MAXX. 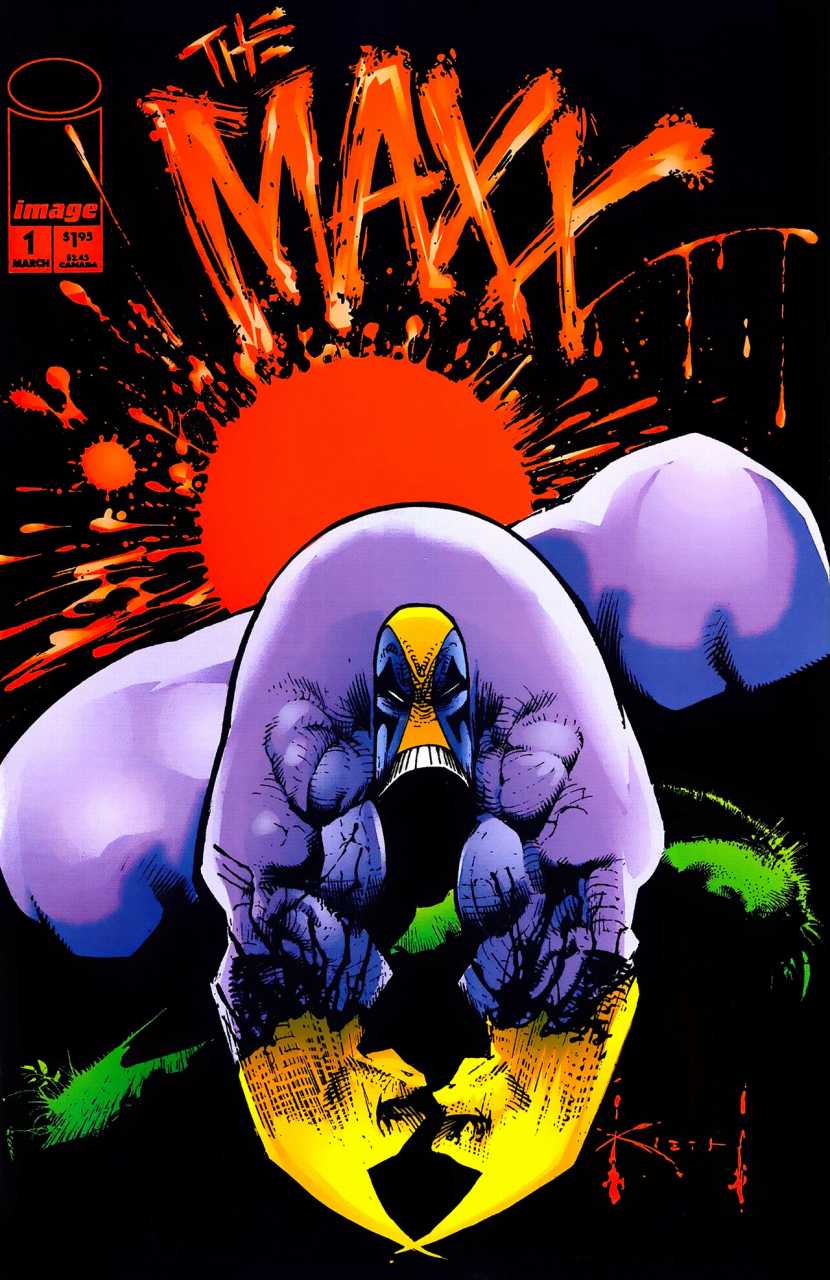 Sam Keith was always going to be an odd fit at the then-burgeoning Image. Having cut his teeth inking Matt Wagner’s pencils in Comico’s Mage in the mid-80s before graduating to drawing the first five issues of The Sandman at DC. His style was dark yet cartoony, detailed yet unencumbered with excessive rendering.

In other words, stylistically he was the complete opposite of what fans had come to expect from Image at the time, which in retrospect likely worked against The Maxx‘s initial prospects of success. Though it wouldn’t be for lack of trying on Image’s part to sell his weird, quirky comic as something more akin to the rest of the books they were selling at the time.

When the series began in 1993, which seems like a million moon cycles ago, expectations for pretty much any new series from Image weren’t exactly earth-shaking when it came to pushing the boundaries of storytelling or creatively flexing. Of course, that may also be a product of the aforementioned misleading marketing materials circulating in early ’93, which positioned it as more in line with Liefeld or Lee than the trippy, dream-logic metatextual comic it actually was. The fact that the Maxx debuted in the Darker Image one-shot flanked by a shameless Lobo rip-off named Bloodwulf and an utterly nondescript stock soldier character named Bloodshot didn’t help matters, at least in terms of stoking audience expectations. Casual readers couldn’t have been blamed for not quite smelling what Keith was cooking.

What they got, though was a completely different beast altogether from expectations – as well as anything else Image had published up to that point. First, The Maxx was an actual, mature comic, dealing with complex, mature themes that stood in stark contrast to the then-dominant house style of adolescent over-the-top violence and exaggerated sexuality. Second, the art was quirky, trippy, and downright weird – again, standing as the complete opposite of every other Image book on the shelves at the time.

The Maxx regaled the tale of Julie Winters, who represses her emotions and memories in hopes of living a “normal” existence. Ever in denial, Julie created a dream world called The Outback where she goes when the burden of reality is too much to handle. However, what happens when both worlds collide? What ensues is a mind-bending character creation of The Maxx, a purple behemoth with a serious overbite and some ferocious-looking finger claws – but would prove to be anything but, and was actually a sweet soul at heart. The Maxx covered some really dark subjects in a way that the book was ahead of its time. It not only stuck out among other Image titles, but there wasn’t a book on the shelves that could be considered its peer. It had the odd luck of coming out in 1993 and surfing that early Image wave, but could have easily been produced in the previous decade by Eclipse or Pacific or a similar black-and-white indie publisher or a decade or two later at publishers like Boom! or AfterShock. Its quirkiness made it a hot enough commodity that MTV snatched it up for an animated series in the fledgling Oddities lineup; the show lasted one season to generally mixed reviews. (It probably didn’t help that since the series only made it as far as to adapting the first eleven issues of the comic, no one knew what the hell was going on.) But as a comic, The Maxx stands the test of time in part because of how it distills its own timelessness effortlessly. Sam Keith took a different approach and struck cult gold in a time of superhero saturation. Even today, thirty years later, folks are still talking about The Maxx! IDW recently published Arkham Dreams, a crossover with Batman that sold like hotcakes at IHOP! 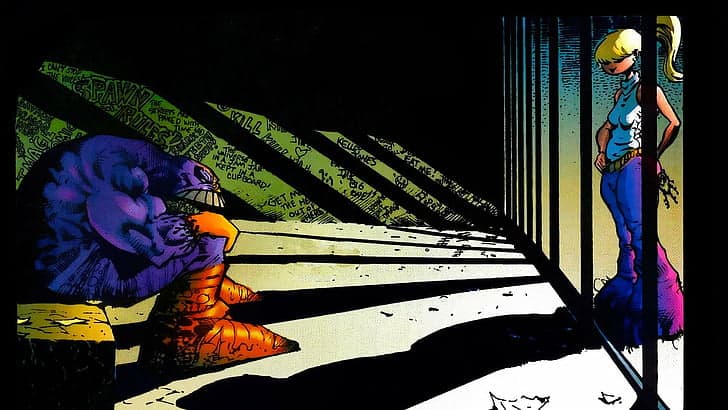 The Maxx is one of those titles that, due to unfortunate timing, should have been a stronger foundation for Image to stand upon. We’ve seen a recurring theme in these commentaries: scheduling and printing issues, especially first half of the Nineties, when Image was still getting its feet under it. It’s damn near unfair to the title. However, everything comes with a few growing pains, and once Sam ended the series, he further eschewed the spotlight, working on small, personal works for WildStorm like Zero Girl and Four Women, followed by teenage werewolf comic Scratch for DC in 2004. There’s been tons of speculation as to why Sam decided to lay low for a while. This rings true as he has been known to be a bit reclusive. Regardless of Sam’s personal choices, fans still clamor for his art and stories. As fans, we’ve become accustomed to his oddness and conditioned to expect the unexpected from Sam Keith. And we wouldn’t want it any other way.

NEXT WEEK! Image30 Chapter 10: StormWatch, a comic that would yield far more influence than it had any right to deeper into its run rather than at the beginning.