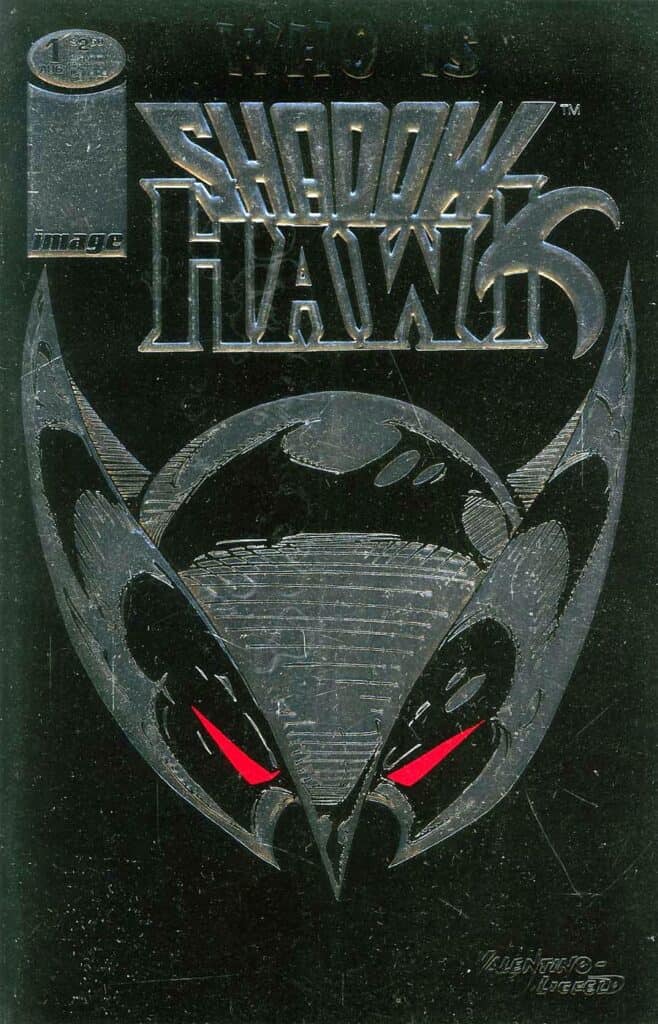 The Nineties were a turbulent yet transformative decade, to say the least. The birth of 24-hour news networks, reality television, Columbine, and the L.A. riots, just to name a few. The HIV epidemic continued to ravage all walks of life but as the nineties continued so did a culture shift on attempting to better understand the disease and eliminate the prejudice on how and who the disease overtook. In 1981 a small network named MTV was getting ready to change the world and how music was delivered to the masses. Thirteen years later, MTV was getting ready to move into uncharted territory by not only giving a starring role to a gay man but an HIV-positive gay man in their trailblazing The Real World.

Now, by today’s standards, Pedro Zamora’s story wouldn’t even register (or at least it shouldn’t) on people’s radar as trend-setting or some kind of a big deal, but back then, folks were still putting their uncultured and prejudiced minds on full display when it came to the HIV/AIDS epidemic. You could easily say we are still fighting the uncultured minds of many even in 2022, even though their rhetoric and targets may change. But I digress, we are here to talk about Image Comics and their outstanding thirty years of service.

The founding fathers of Image launched an all-out assault on the world when top talent decided to leave behind the glitz and glamour of the Big 2 and carve out their own path to comic book domination. The barrage continued on August 13,1992, when Jim Valentino debuted Shadowhawk. (Of note: that same day, Rob Liefeld released Brigade #1 through his Extreme Studios, making him the first Image founder to release a second comic, and the first released under their own imprint.)

Of all the Image founders, Valentino was perhaps the equivalent of George Harrison, the Quiet Beatle. Valentino, though an artist whose career dated back to the indie scene of the ’70s, had more recently made his mark as a writer with Marvel’s revival of the Guardians of the Galaxy in 1990. The book, set a thousand years in the future, was a modest success, boosted with its inherent hook of continuously being able to ask, “What happened to your favorite hero?” But Valentino was spurred to join the Image pack, convinced by McFarlane that creative independence and ownership was a risk worth taking. And thus was ShadowHawk born. 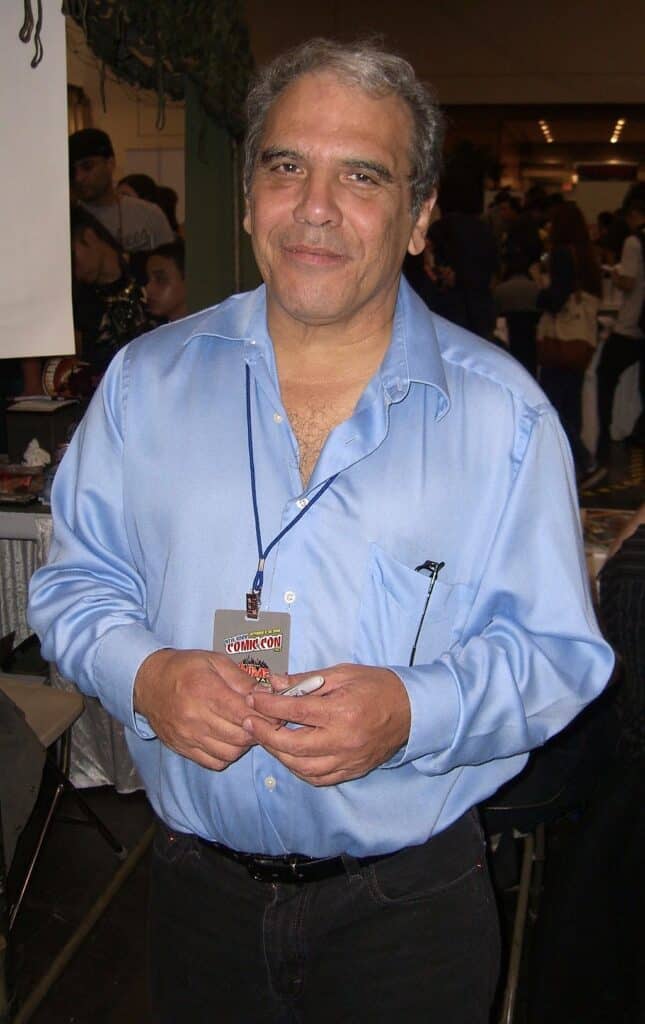 Paul Johnstone was a troubled kid from the Bronx. With the help of his mentor/life coach and soon-to-be step-father, Richard Woodroe, Paul was able to turn his life around and become a district attorney. However, we are talking about comic books and superheroes. What does that mean? It means the proverbial shit is about to hit the fan. And hit the fan it did. Paul, not wanting to bow to the pressuring demands of a local gang, was the subject of a senseless and violent attack with a dire and horrific outcome. Not only was he brutally beaten, to culminate the attack the thugs would inject him with a syringe containing the HIV virus.

By today’s standards this may not have folks bat an eye, but in the early Nineties, a comic book character having a disease that was still being grotesquely and falsely assigned to members of the LGTBQ+ community as “punishment” would go along the lines of Superman coming out as bisexual. Two extremely different things but held the same weight for their times with regard to what is deemed “controversial.” This was the cool thing about Image (at least one of them) it seemed they were not only looking to get their own brand out on the shelves but at the same time put readers in different situations. Push the boundaries of what was “acceptable.” Television, music, comics, and the rest of the visual media world were taking steps (albeit some small than the others) to make sure representation was pushed to the front of the line. 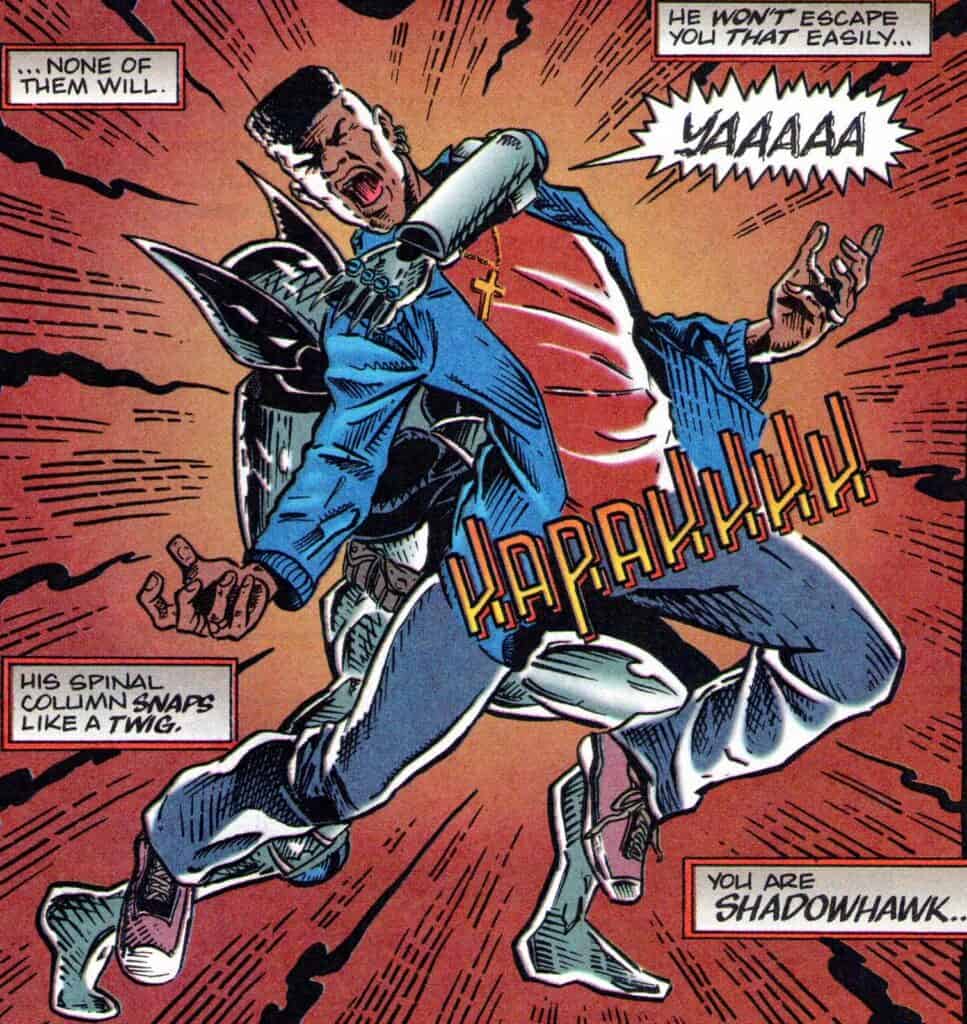 As time goes on, people seem to forget that Image was ahead of their time in a few different areas and not just “a bunch of hot-shot young creators looking for trouble.” ShadowHawk was more than just another comic book vigilante powered by violence and street justice (but, okay, ShadowHawk was pretty violent, even by ’90s standards). He was your uncle, he was your brother, he was HIV positive. Despite selling 750,000 copies of its first issue, though (and sporting a slick foil cover!), ShadowHawk would persist but never quite have the dedicated following of its predecessor flagship Image comics. Perhaps that’s comes down to Valentino eventually admitting that the character was his least favorite creation in an exclusive interview with Comic Watch. But in terms of representation, its historic importance for the HIV-positive community – particularly at that moment in time – cannot be overstated. Whether it was with Shi, Vampirella, Youngblood, or with members of Wildcats, Shadowhawk will always be a product of its time but for a brief time, he mattered to so many. And for that brief time, hopefully folks found solace and entertainment in the character.

By 1999, Image would have changed vastly: Rob Liefeld would have been voted out, and Jim Lee had sold WildStorm to DC. Just when the company needed direction the most, Jim Valentino took over as publisher and ushered in a grand new era of creative flowering for them until stepping down in 2003. Perhaps this was the role he was always meant to play for the company: the wise industry veteran, hand firmly at the wheel – using his experience to guide, to mold, to teach. Not a bad legacy at all.

Next week, in Image 30 Chapter 6: Marc Silvestri comes out swinging with CYBERFORCE!