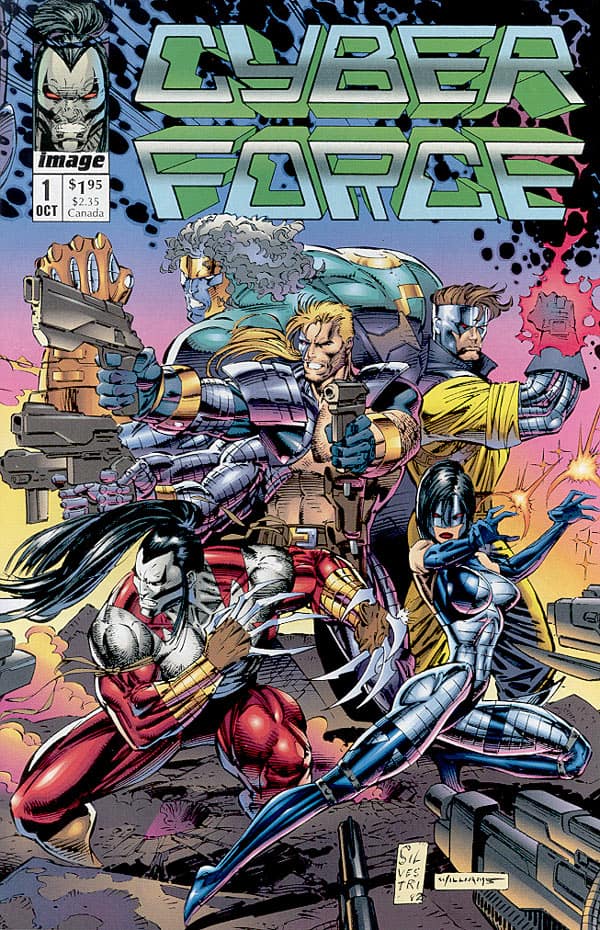 By October 1992, Image was on top of the world. Its first publishing calendar year was winding down, and there was nothing to indicate that the hype train was going to slow down anytime soon. That was due in part to the speculator bubble that was causing grown men who should have known better to bet their kids’ future college tuitions on massively overprinted first issues of X-Men or Superman #75; part of it too, though, was Image effortlessly catching the cultural zeitgeist in a bottle. The early ’90s were a time when “being extreme” wasn’t just a catchphrase, it was a lifestyle. 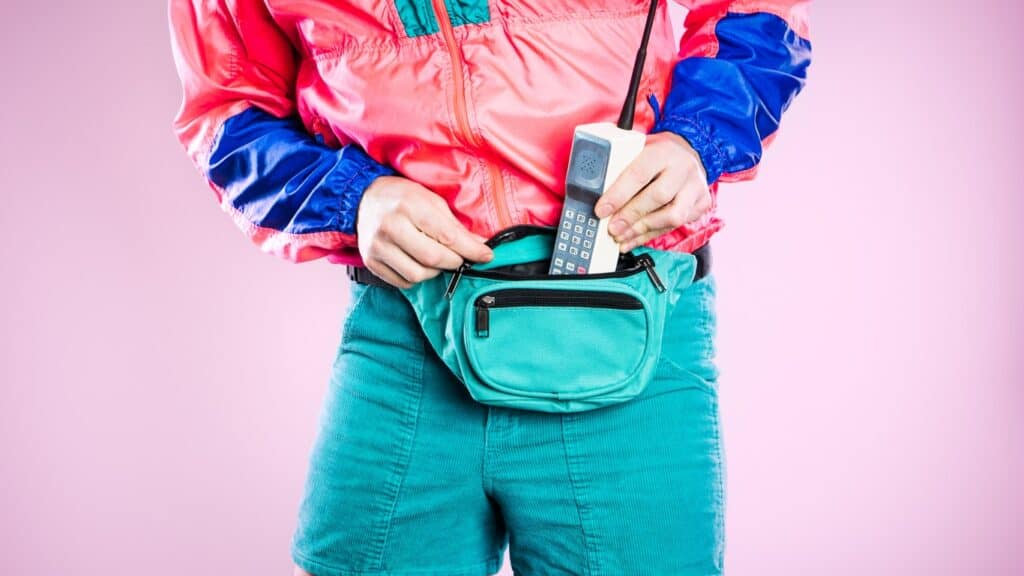 We kept it EXTREME, y’all!

And early Image, regardless of which title referred to, absolutely leaned into that sense of taking things to the next level (whatever that meant). Whether the Image Seven intended to or not, they were bringing comics into a new decade with a bold statement of what comics looked like, were marketed, and how they read.

That adherence to a general aesthetic wouldn’t come without its drawbacks, though. The first few years of Image were a minefield for comics that were more or less identical in look, feel, characters – and dearth of plot or character depth. Do a degree, that was the point: make a statement, build a unified product that stood apart from the pack. Flood the market to stake a claim. However, it was also indicative that just because the Image Founders and their creative entourages were making a statement with their dramatic break from Marvel, they didn’t necessarily have an individually unique creative vision. Sure, they could draw, but how imaginative were these guys?

Which brings us to CyberForce. 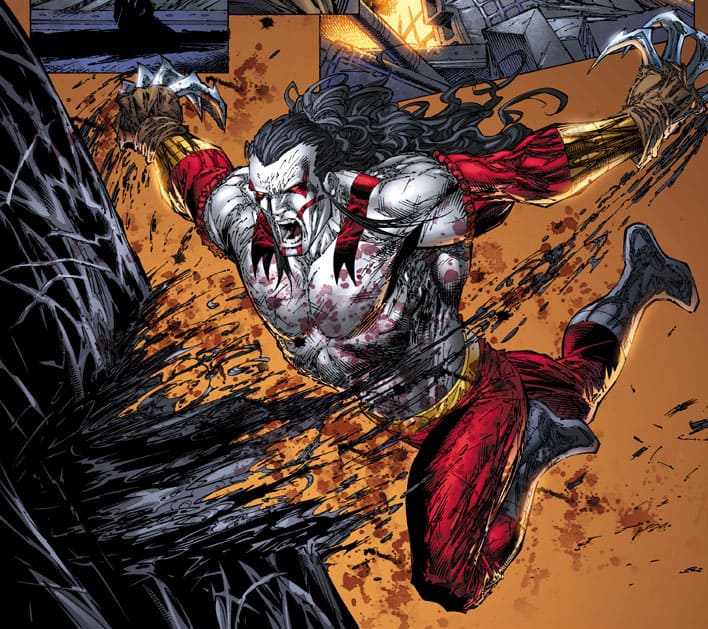 CyberForce was the brainchild of artist and Image cofounder Marc Silvestri. Silvestri had been poking around the margins of professional comics artistry since the early ’80s, but it was when he took over as the main artist on – what else? – Uncanny X-Men in 1987 (followed by a two-year stint on Wolverine with the incomparable Larry Hama at the helm) that turned him into a superstar. During Silvestri’s tenure, the X-Men “died” and moved to Australia; Mister Sinister and Genosha debuted, and “Inferno” set the mutants’ world ablaze. 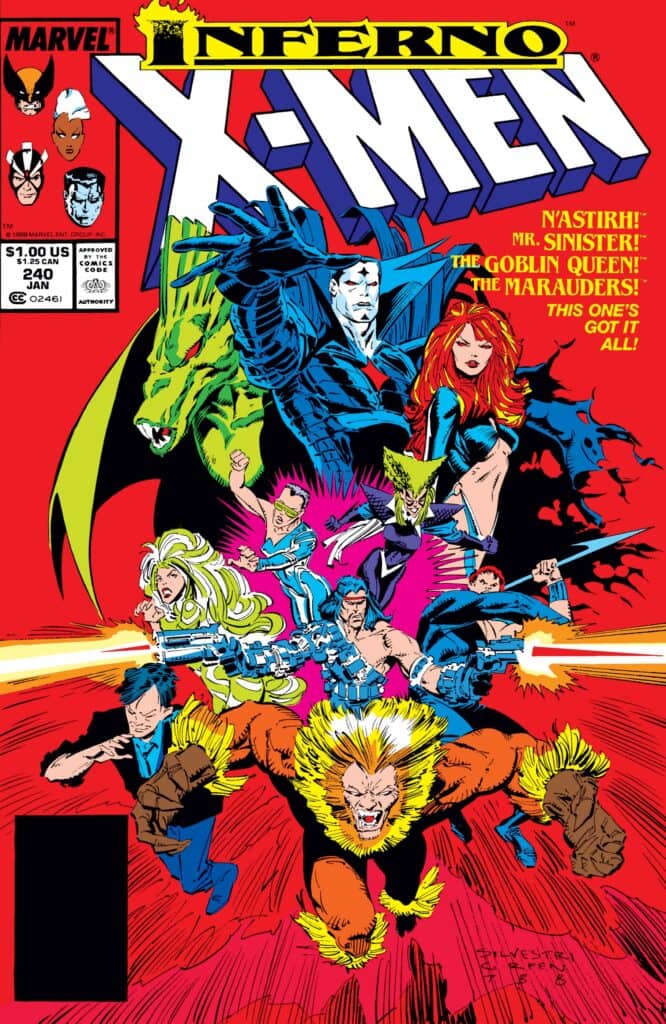 But when the siren song of Image called, Silvestri knew his future laid elsewhere. And history was made.

The first issue of CyberForce, released in October 1992, sold well enough that a  A true product of its era, it told the story of mutants who were kidnapped by an evil corporation and had cybernetic parts grafted to their bodies. Stryker, Ballistic, Ripclaw, Velocity, Impact, Heatwave, and Cyblade rebelled, and began a private war against the ruthless Cyberdata corporation, whose ambitions were nothing short of world domination. Like several other early Image titles, creator Marc Silvestri didn’t know for sure how the title would sell, so a miniseries to kick things off seemed like a safe bet. By 1993, an ongoing series would follow, running for thirty-five issues.

And like anything else Image touched in those heady early days, CyberForce sold like hotcakes. Fans couldn’t get enough of it, leading to a spinoff for its most popular character RipClaw, a crossover with WildCATs (that initial miniseries was actually published through Jim Lee’s Homage imprint before the concept moved directly under Silvestri’s imprint umbrella in ’93), team-ups with bad girls, shiny covers, the whole ’90s nine yards. As with all things early Image, the future was wide open for Silvestri and company.

But there were some critical headwinds, though: it’s not a stretch to say that CyberForce‘s characters could easily have been swapped with most the WildCATs (or various X-Men, for that matter), and at least superficially, it wouldn’t have made much difference to the story: is RipClaw really all that different from the ‘CATs Warblade? Is Stryker just a four-armed Spartan? Is Cyblade just Psylocke by a different name? 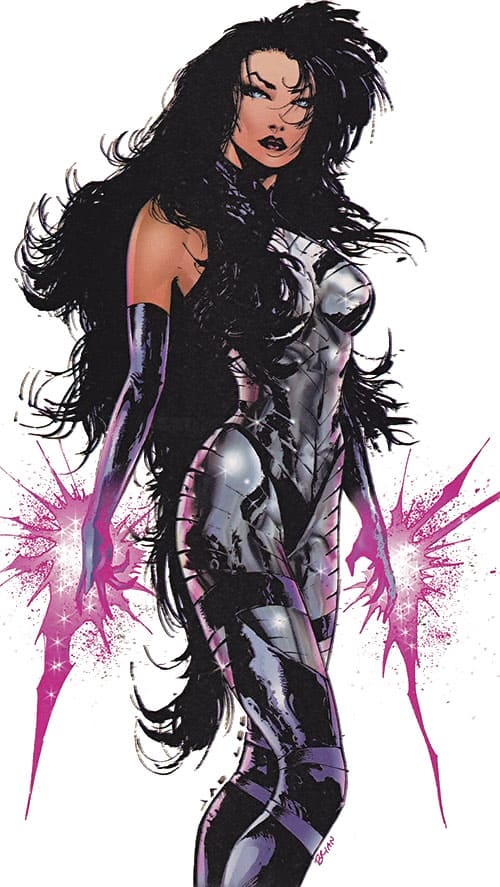 This is not the Psylocke you’re looking for.

And in the long run, that may be the key ingredient as to why CyberForce hasn’t had the longevity of Youngblood or WildCATs (or for that matter, the uninterrupted triumph of Savage Dragon). At its heart, CyberForce is a sum of other toys’ parts, which could cynically be interpreted as a hollow creative endeavor. But that doesn’t mean it wasn’t without historic importance to Image’s story. Not by a long shot. Because CyberForce opened the door for Silvestri to create his own imprint within the company: Top Cow.

Top Cow would go on to arguably become Image’s most prodigious production house, because its strict house style honed Silvestri’s light & tight linework and brought then-new computer coloration techniques into the mainstream, making Top Cow’s comics the most uniformly best-looking in the entire Image lineup. The talent fostered by Top Cow reads like a who’s who of modern-day greats: David Finch, the late Michael Turner, David Hine, Bryan Edward Hill, Tini Howard, Dave Wohl, Stejpan Sejic, Zack Kaplan, and countless more. And by the ’00s, impresarios like J. Michael Straczynski would bring entire new worlds and imprints of their own to the line, independent of Top Cow’s continuity and wholly their own vision. This would not have happened if “The Cow” hadn’t had such a strong reputation for strong, quality product. Inarguably, books like Witchblade, Fathom, The Darkness, or even the licensed Tomb Raider would overshadow the founding Top Cow comic without looking back. 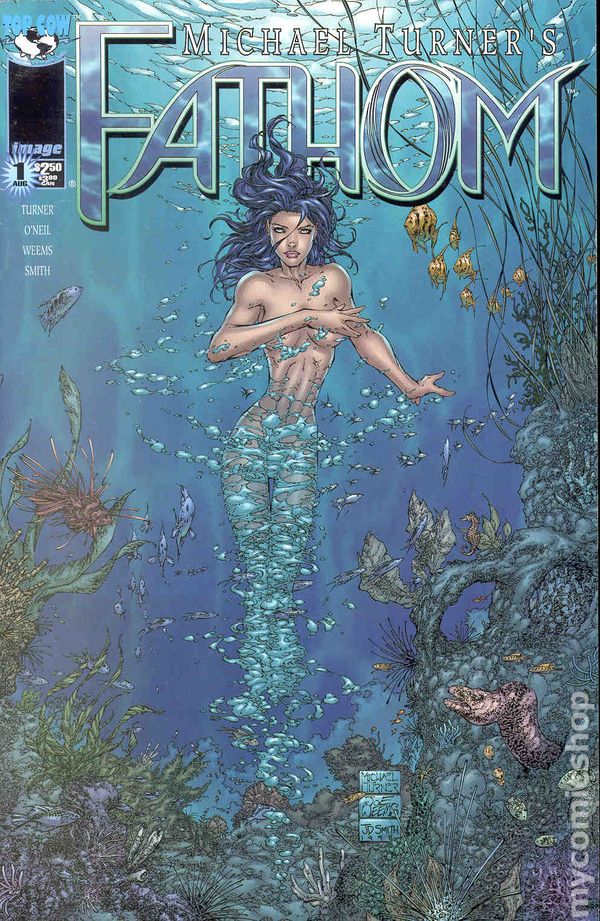 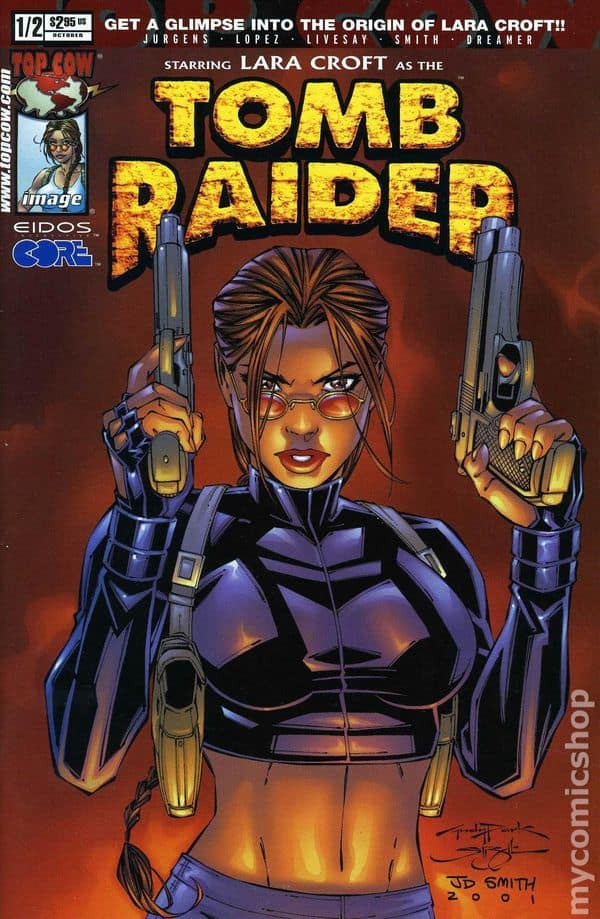 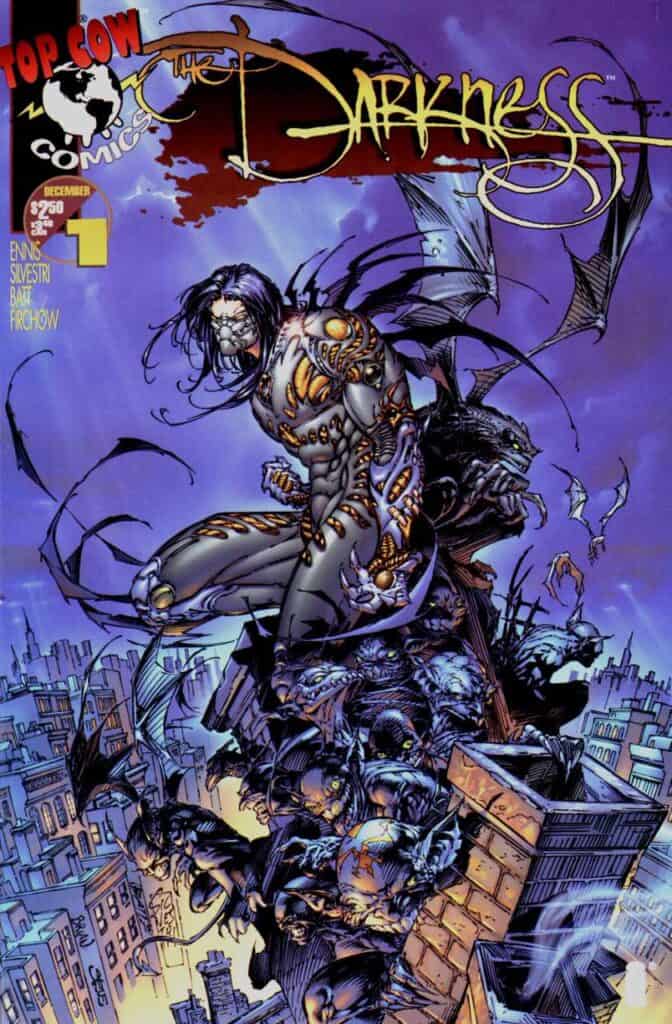 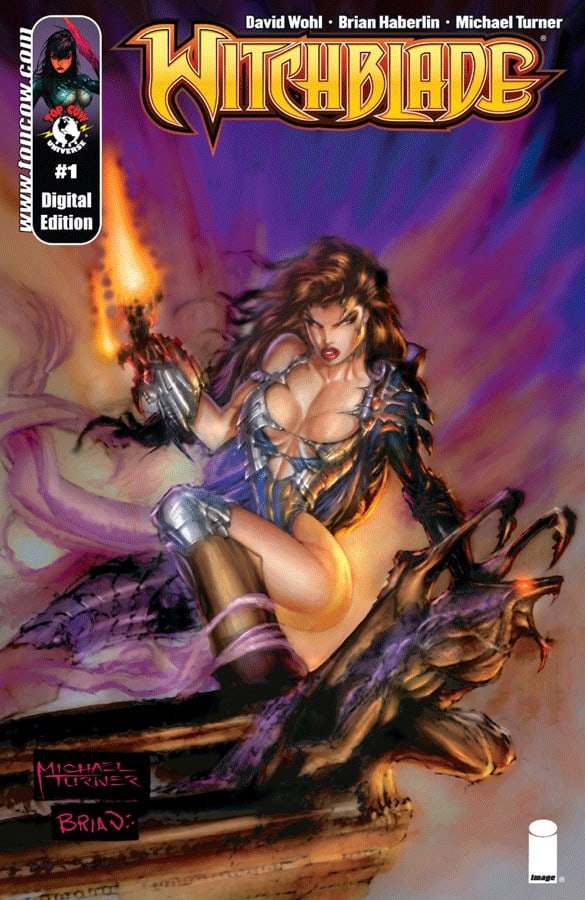 Top Cow’s journey wouldn’t be without the occasional bump along the way, though: in 1996, Silvestri would briefly take the company independent, breaking with five years at Image in a dispute with cofounder Rob Liefeld, whom the former alleged was stiffing some of his artists payments due. Once Liefeld was exited from Image a few months later, Silvestri almost immediately returned to the fold, back and better than ever. It would be a little bit longer before Liefeld was welcomed back to the house he helped build, but that’s a story for another chapter.

Over the past two decades, there have been a few well-intended attempts from high-caliber creators to revive CyberForce, though none of them have quite managed to muster much more than a collective nostalgic shrug from aging ’90s readers. On a more positive note, though, a 30th-anniversary hardcover collection of the original series garnered massive support on Kickstarter. The comic clearly still has its fans, which is a great thing for everybody involved. But the door it opened for Top Cow’s ascendance is inarguably more important to the history of Image in particular – and comics in general. 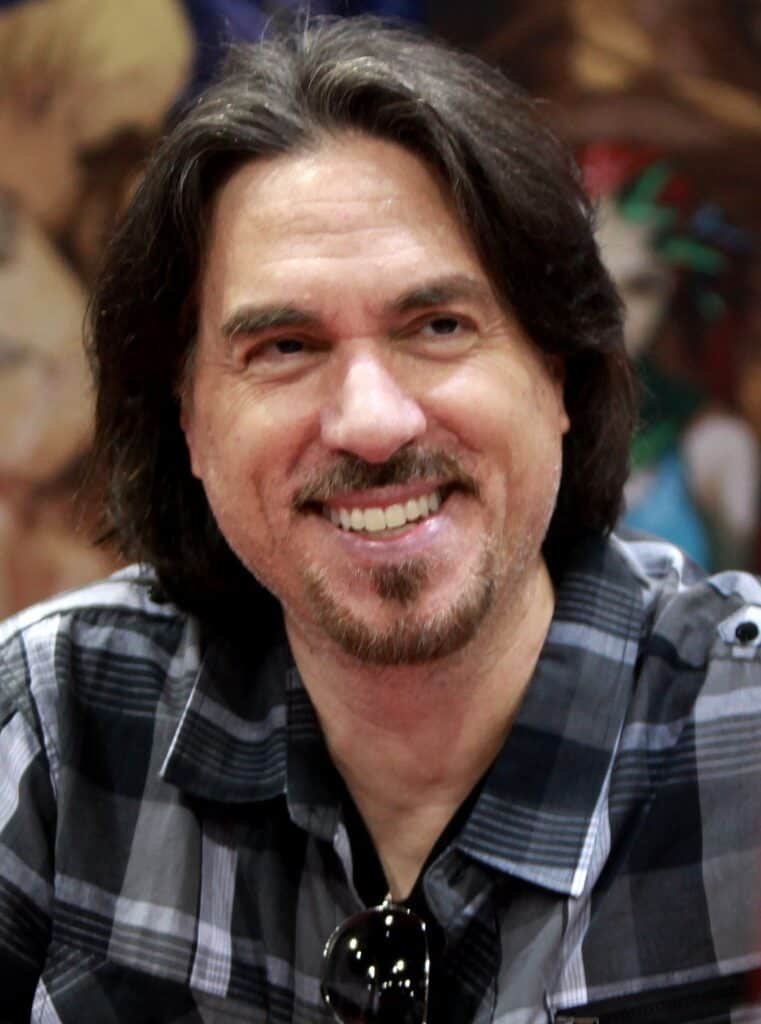 Next week, in Image 30 Chapter 7: The first Image comic by a non-founder busts loose as Dale Keown climbs out of the PITT!

SOLDIER STORIES: We Can Never Forget Their Stories
November 11, 2022

Dracula Ought to Be Weird: Lust for Dracula
October 31, 2022