After a years-long run by a name that would become synonymous with the Thor character, and his world, Walt Simonson with artist Sal Buscema, the veteran Amazing Spider-Man team of Tom DeFalco and Ron Frenz would begin their run that would be as different as the one that came before it, but also just as impressive, unfortunately not as beloved as the one that came before it. The insistence of trying to reintegrate several members of Jack Kirby’s Eternals work, which would become one of this eras highlights for me, especially with Sersi’s admittance to the Avengers. So let’s delve deep into the beginning of a run that would help define this character for a large chunk of the late ‘80s to the mid ‘90s. 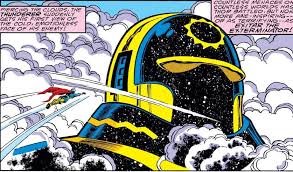 While this team had a couple one-shots, one dealing with an unpublished Secret Wars tale, and a tale featuring a descendant of Thor’s, who looks like he’s an extra from the late ‘80s show American Gladiators, where the Odinson, on the doomed planet of Pangoria, who have been judged by the Celestial, Arishem, and has been tasked to extermination by the hand of another Celestial, Exitar. As the Pangorians attempt to flee their fate, they find that the Celestials had placed an impenetrable field surrounding the planet, preventing them from fleeing, and leaving them to the fate that their world was sentenced to. How can Thor save these people? Is Thor really strong enough to crack the Celestial’s armor? And if so, why was his hammer destroyed while within? The team will show us why Thor is considered one of the marquee players in the Marvel universe.

As the team’s first official real story arc, they were trying to show the fans that they’re here, and they’re not going to be intimidated by the last run. They are here to stay. All of this, plus the team would begin dropping subplots that would lead into the big anniversary 400th issue. As with a lot of runs that follow  on comics who had landmark runs, a lot of time creators will feel intimidated, but DeFalco and Frenz would decide to go nuclear, and craft a three issue story that was full of ambitious plans, with a goal that’s meant to be big and bombastic, and gave us a glimpse (literally) inside a Celestial. 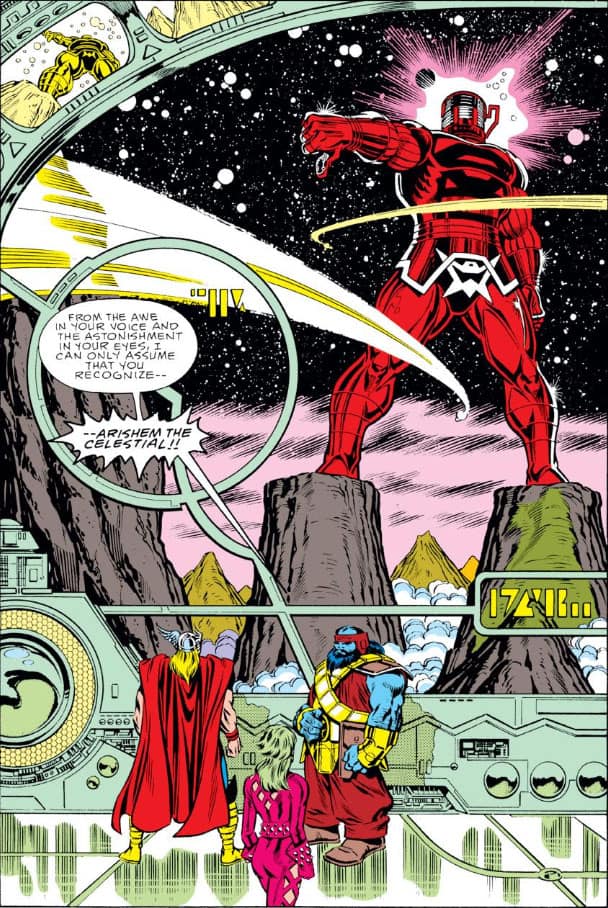 This big scope, and focus on the larger than life cosmic threats would be interspersed with more grounded, earthbound stories, that would include adding Hercules as a cast member and giving Thor another mortal host in the form of Eric Masterson, with his child Kevin as another supporting cast members. DeFalco and Frenz created some great, yet understated villains in the form of Leir, and Earth Force, while also dusting off some lesser known characters, like the Egyptian god Set, all while building a world that had been missing for quite a long time.

DeFalco and Frenz are one of those ‘80s & ‘90s creative teams that would become recognizable almost from the jump. The two would develop a real synergy when they were seen on various properties throughout the years. DeFalco was one of those writers who had a quality that would be able to marry the pomp and brevity from the Silver Age, with the ability to make it feel vibrant and fresh. Not one to shy away from the soap operatic elements that had been a constant since the beginning of the House that Stan and Jack would build. There’s such a love and devotion you’d see here, DeFalco would often be accused of cribbing from those old stories from the beginning of the Marvel age. 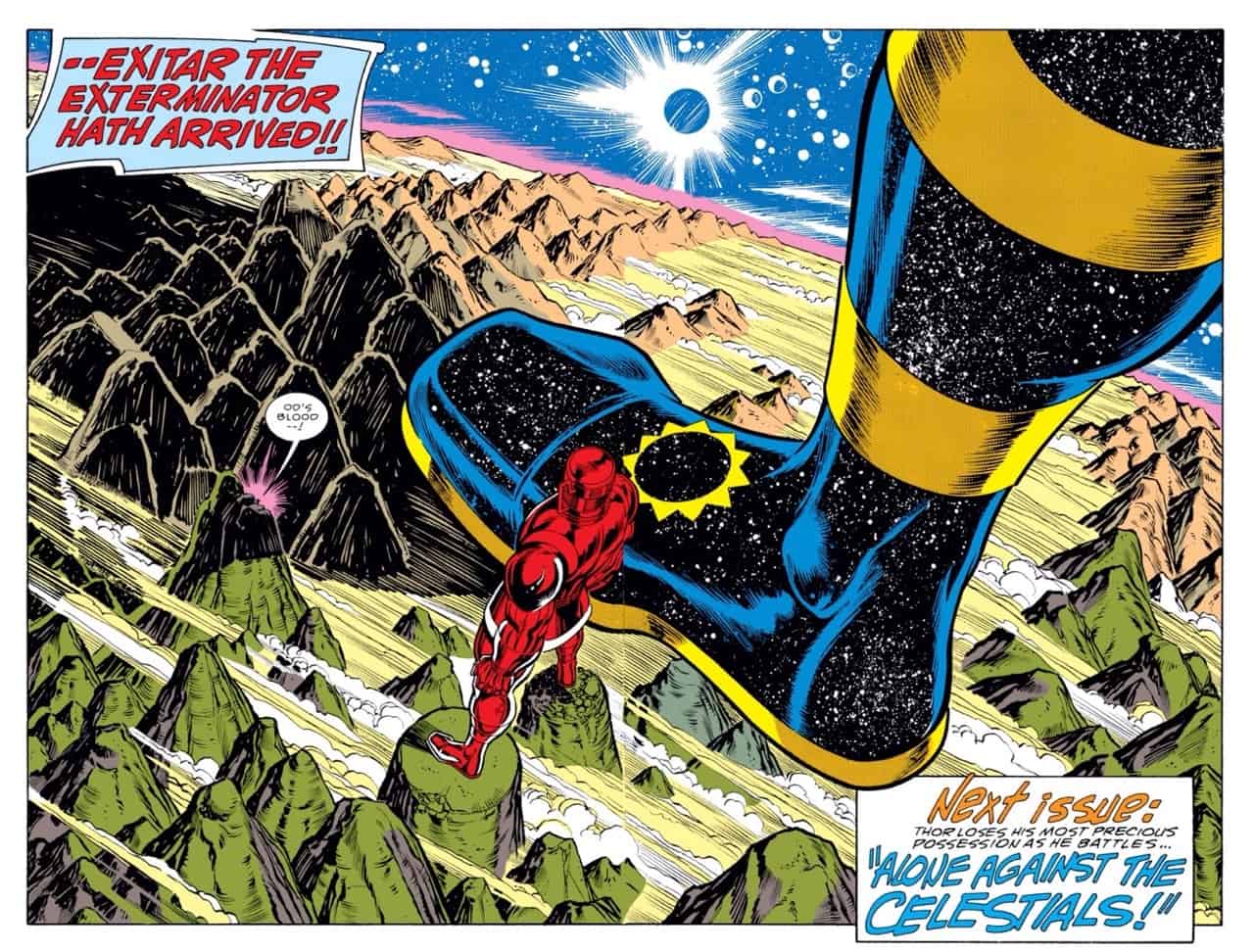 While Frenz would continue to evolve through the years, sometimes he would evolve from title to title. If you look at his work from the Amazing Spider-Man to the Mighty Thor, there’s such a contrast, that we get to see these little touches that cultivated several styles that become something that’s instantly recognizable as Frenz. His work on Thor was often compared to Jack Kirby’s, and while, yes, there are techniques that are Kirby-esque at play here, Frenz has far more stylistic similar elements that were more the Buscema brothers than anything else. You can see it in the character work, and the action scenes that blend the two, giving a very flattering tribute to these artists’ work on Thor, and his world.

The team really tried to give us as much bang, while also providing some gravitas to the characters, which is missing from a lot of stories from the Big Two  these days, but seems to be making a bit of a comeback over the last few years. Sure, you’ll find it in stories with characters like Spider-Man or Superman, but we’ll also get books like Batman, where almost the entirety of his cast is a part of the superhero community. Building a supporting cast is an element that is so needed, and it’s a trend that I can totally get behind. Getting to know who these “people” are, we not only need to see how they behave with those who know them most intimately by seeing their thoughts on the most mundane, but who they surround themselves with. It’s that person on the streets perspective that ultimately made these characters timeless.