Under the Shell: A Journey into the world of the Teenage Mutant Ninja Turtles

It’s time to sit back, grab a slice of pizza, and your sai, because in this edition of Under the Shell we are going to talk about everyone’s favorite loveable loner, Raphael. If there was ever a character that drives you crazy with his antics and the fact that his heart is bigger than his brain it would be Raph. If he could read this right now, I’m sure I would be getting an earful on how tough he really is right before he storms out the door and we don’t hear from him in a few weeks. But that’s Raph. 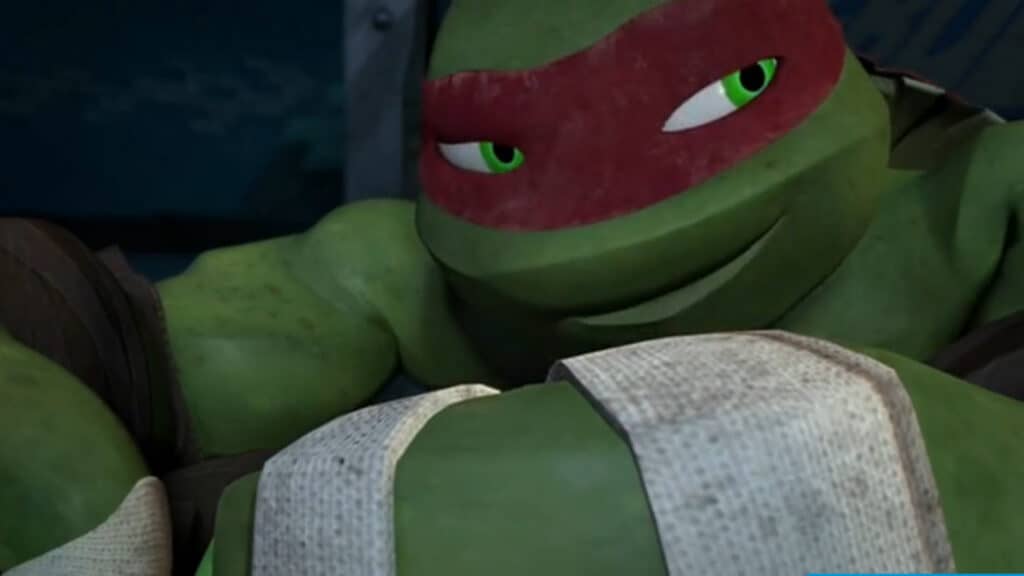 Daw, look at those big ol’ eyes. What a softie.

On the surface it’s easy to discard Raph as a textbook loner who runs off when he gets mad and then gets worked over by the Foot Clan, comes back, and then apologizes to the group, and in a few weeks do the same thing over again. This is all true, I can’t argue that; however, that is just the surface of who Raphael is. I will die on this hill by saying that without Raphael the Turtles would not operate the same. Bold take? Yes. You’re probably saying to yourself that Raphael must be this guy’s favorite. Wrong, that would be Donatello, who is the foundation of the turtles (no… it’s not Leonardo). 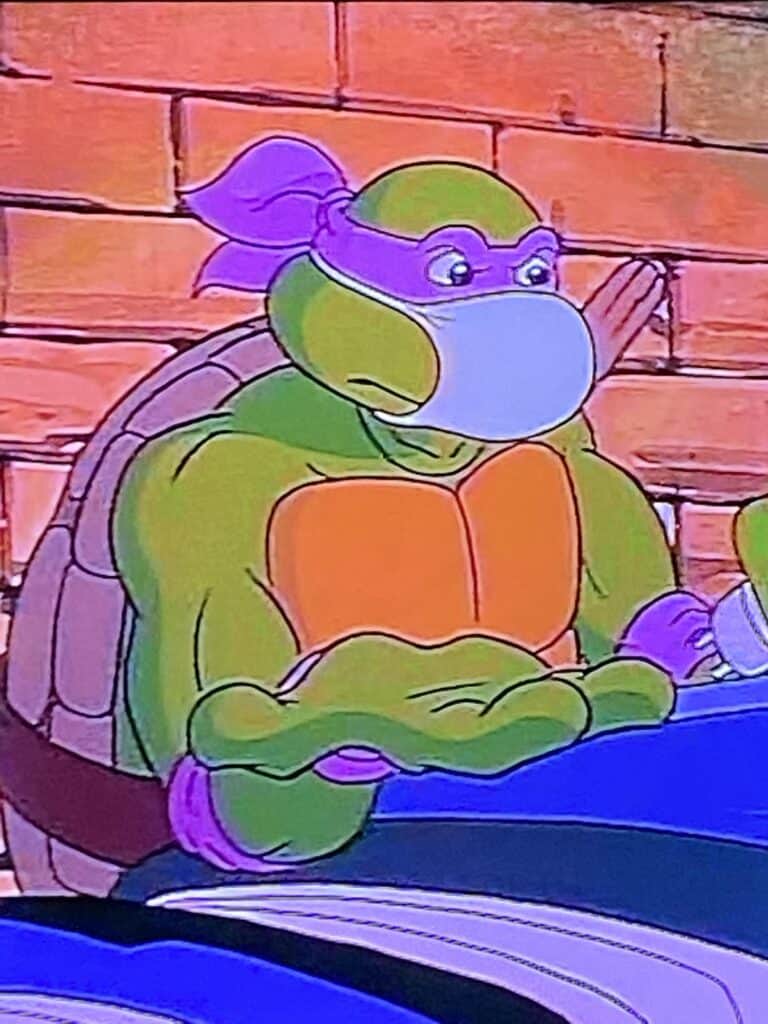 This guy: the foundation. The rock. Occasionally a sewer surgeon.

Any army worth its salt will have and depend on a good recon unit. Sometimes that unit will succeed unscratched and sometimes the unit will need reinforcement. The question is always going to be was the mission successful? Did you get your target and were the casualties minimal? It takes a certain kind of soul to step away and go on your own. Whether these actions are provoked out of anger and frustration or job requirements not everyone can accomplish these tasks. Raphael 7 out of 10 times is going to go off on his own to “get some air” and regain himself. That translates into he’s gonna get into a fight, uncover a crime, go back home, fight with Leonardo, and then the turtles will spring into action from the intel that Raphael brought back. We will repeat this every so often but the story being told never gets old. It will never get old due to the extraordinary size of Raphael’s heart. He loves his family, he doesn’t take no for an answer, and he never quits regardless if he’s outnumbered or not. 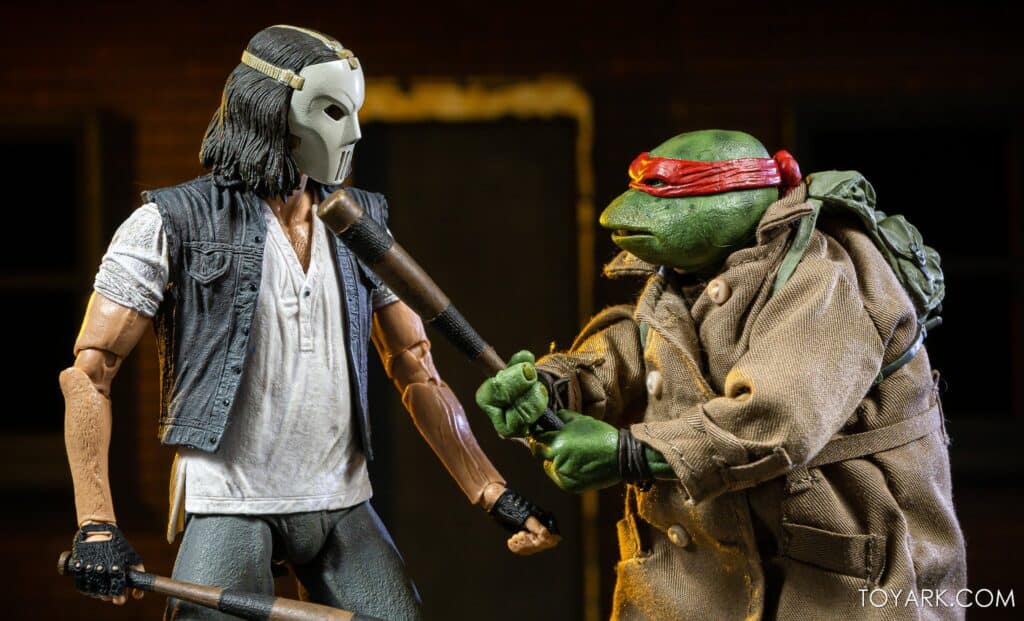 Did a grown man pose his toys for this pic? I’ll never tell.

Throughout history, we have seen numerous loners make it work in their favor. Case in point, Wolverine. In a sense, Raphael and Wolverine are cut from the same cloth and operate pretty much the same way. They both love their teams/family. They both have a huge heart that is matched with their fighting spirits that refuse to let them give up. This trait is undeniably the most important and sometimes overshadowed by their pop-up renegade behavior. But that is why we love them! When you read a turtle’s story that is Raph heavy you get a front-row seat to a show that is violent and frustrating, but you know the payoff is going to be worth it and at the end, you feel like yelling at Leonardo (or Scott Summers) I told you so!

Sure, Raphael is a wild horse in a wide-opened pasture, however, we owe him quite a bit. If Raphael had not gone on one of his “missions” we would have never met April or Casey. We know Raphel has his faults as does the rest of the turtles, however, there is not one turtle that can match his loyalty, passion, and love. Remember that time when Raph gave up his weapons to Shredder in order to save Leonardo’s life? He may be the first to go against the grain, but he is always first to the frontlines when the family is in danger. 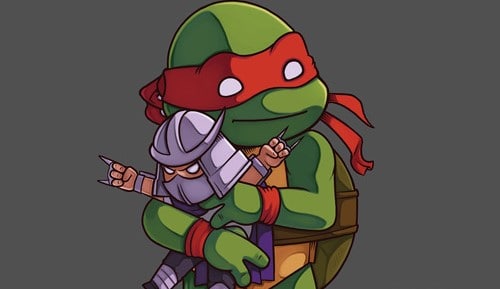 Sure, Raph has his faults, who doesn’t. But when it comes to the question of if you were in a battle which Teenage Mutant Ninja Turtle do you want by your side, there’s only one that comes to mind. He’s committed to his family, protecting the innocent, and will always stand in between good and evil. His name is Raphael. 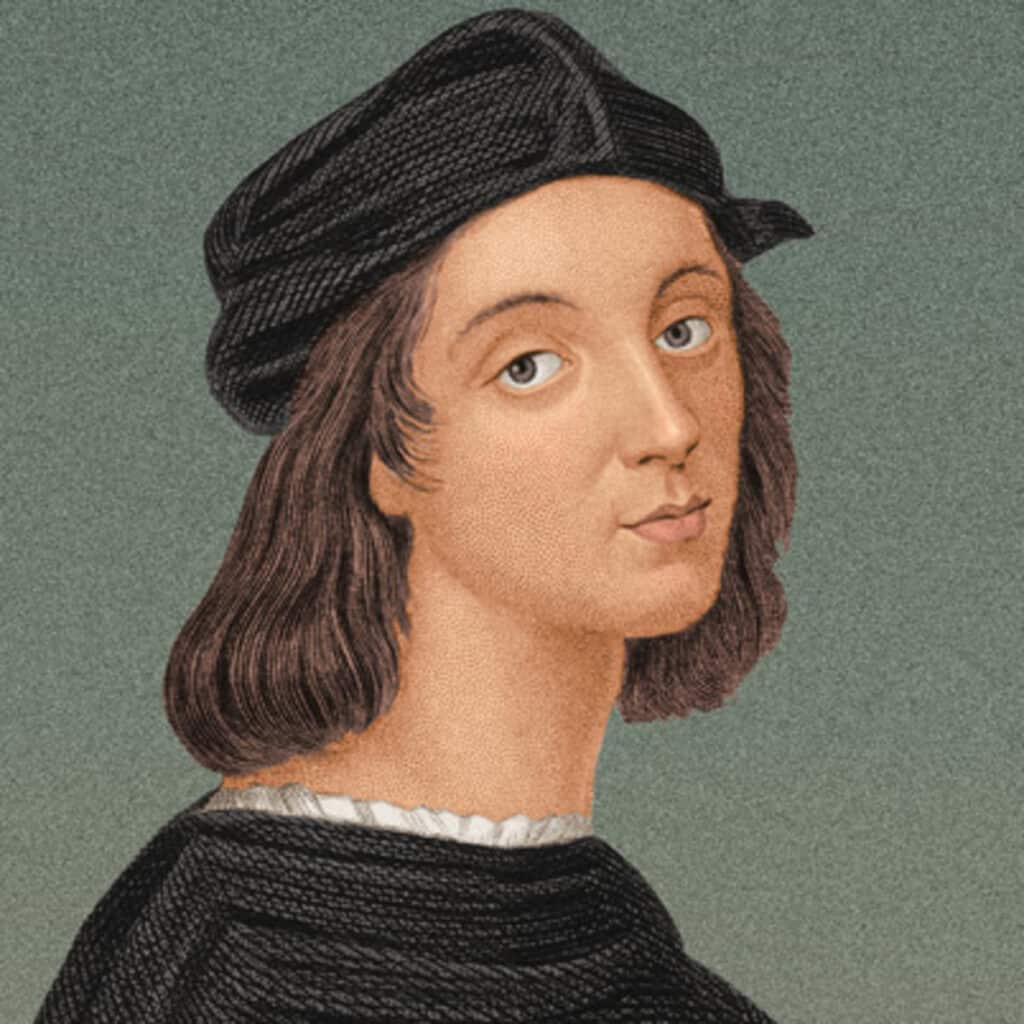 No, not this Raphael. Seriously? You’re still confused about this?

Under the Shell: A Journey into the world of the Teenage Mutant Ninja Turtles