Confessions of a Cosplayer: An Interview with Dasha Cosplay

At Comic Con Honolulu 2019, our own Cody White had the chance to meet up and talk to local cosplay legend, Daria Roud, otherwise known as Dasha Cosplay. Many of our readers are likely familiar with her work as photos from her Psylocke and X-23 shoots have made the rounds. 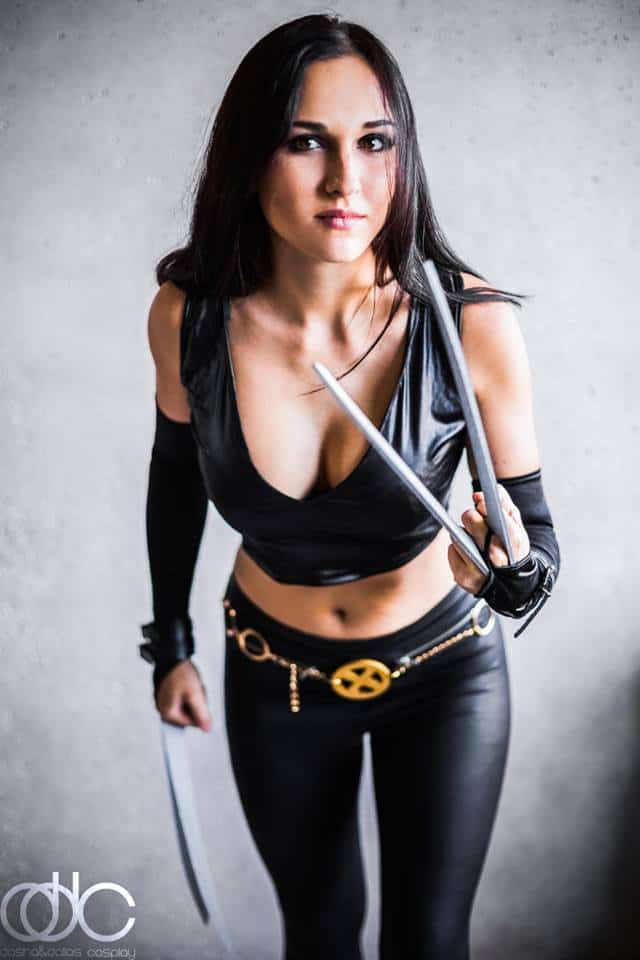 Comic Watch’s Cody White: How did you get into cosplay in the first place?

Daria Roud: First of all, I think it’s totally amazing that people are still posting my photos and following my work! I haven’t really been making stuff these past couple of years other than the Casseopeia I made earlier this year. But I got into cosplay because I was always really into Halloween. Once Halloween would end, I was thinking about next year’s Halloween and what I was going to make or do, which is really fun—making big Halloween costumes! And then one of my friends took me to Kawaii Kon [in Honolulu] about ten years or so ago. He said “we have a table, we don’t have anything to sell, I know you do craft fairs and stuff, why don’t you sell your work?” And I come, and I’m selling my jewelry and stuff and I’m like “Wait wait wait a second. So people just make costumes year round and go to conventions? And this is normal? I need to make friends with these people and I need to be one of these people.” So it just escalated from there and I ended up making like 25 costumes in a year. My boyfriend at the time was like “oh god, what have I done? What have I introduced her to?” But it was just really fun and I made a lot of really cool friends and I started following a lot of other local cosplay girls. I started showing up to different events that they were at like, “I’m in a costume too! Can we be friends? I wanna be like you!” And I made a lot of really good friends, like Leah Rose and [Uncanny] Megan when she was here. Dallas [Nagata White] came out of those friendships too, with her photography and everything. She was my ex’s really close friend so we became really close with her and she did a lot of my photography. Then she wanted to make a cosplay page and we did a joint page, because I didn’t really want to do a cosplay page but if she wanted to manage it? Sure! So she did that and we had the joint thing together but then when I moved away to California for a while we ended up breaking up the page because it didn’t make sense if we weren’t going to be at the same events. So I guess that’s how that got started. 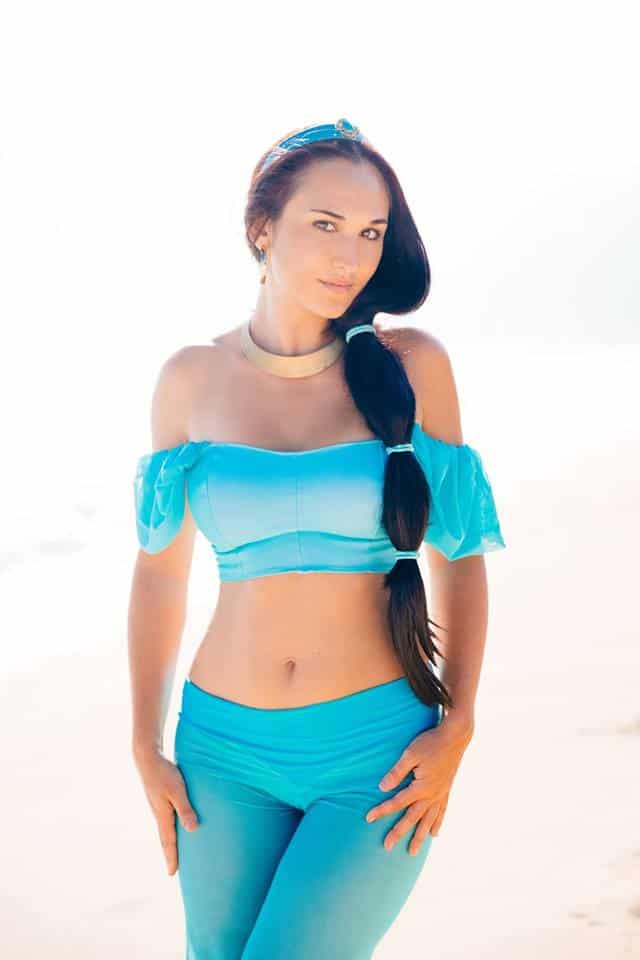 CW: That’s a really fun story! So what advice would you give to a young cosplayer that’s just starting out?

DR: Just do it! You can start out by just going to thrift stores and looking for pieces that look like the costume and altering it a little bit. From there, you learn to sew a little bit and it sucks and then you redo it ten times and it gets better every time. I’ve redone my Princess Jasmine [which she was wearing at the time of the interview] an uncountable amount of times. That and Psylocke. Each time, “I can sew this better! I can sew this better!” And then after ten variations, I think I’m good. But you always learn and you always become better at your skills and everything. If it sucks the first time it’s fine! It’s the best you could do at that moment and as long as you’re having fun and enjoying what you’re doing and being the character, I think that’s all that matters. 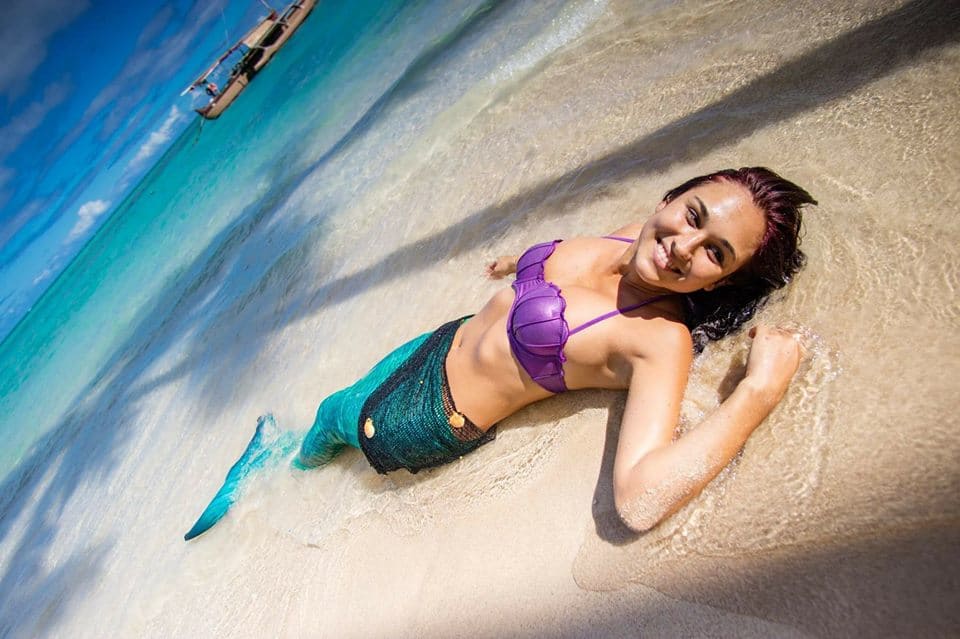 CW: With the big movement of “Cosplay Does Not Mean Consent” out amongst the community, do you have any advice for other cosplays on how to navigate those waters?

DR: I think at any point in life, whether its cosplay or work or every day-to-day life, I think people just need to be respectful of each other. And the girls have this issue all the time of men being inappropriate—or people being inappropriate; girls do it too—but just knowing that it’s a human. Whether or not I’m wearing a scandalous outfit. I am pretty much saying “take photos” and I know you’re going to, but it’s polite to ask. Don’t try to take a weird, sneaky photo. I’ve had people do this! I’ve had people come to my mermaid meet-ups and take sneaky photos in the tank. Just ask! We’re in costume! We know people are going to take photos but when you’re being weird about it, it makes so much… it’s degrading in a weird way. 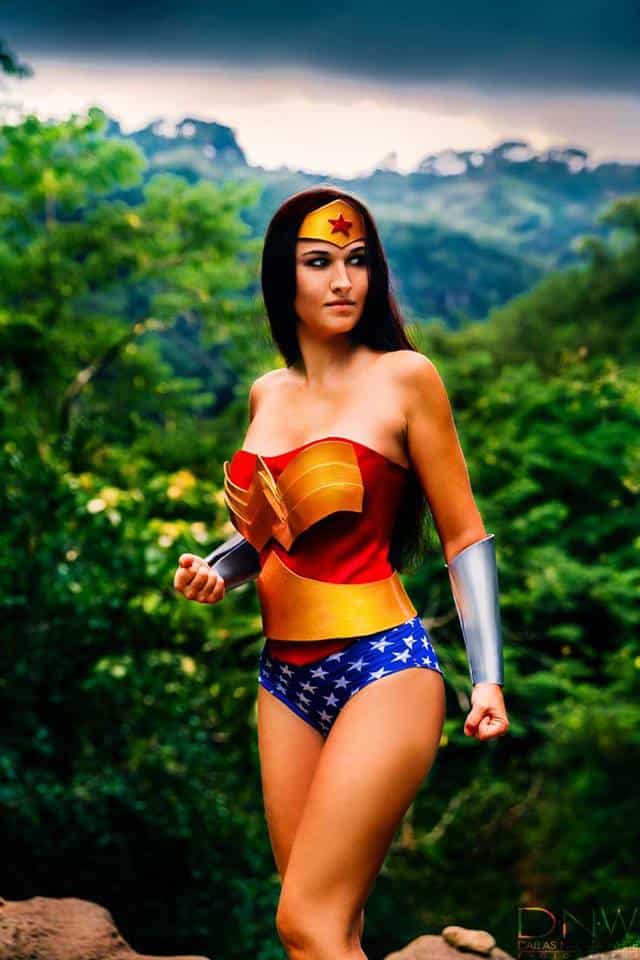 CW: Always good advice. I know that you’re transitioning away from the cosplay scene right now. Do you ever see yourself fully divesting yourself from cosplay or will this always be a part of who Daria is?

DR: It’ll always be a part. I’ve always loved costumes and was never trying to make a career out of it but it was a fun thing to do. I love creating things. And I see little kids running around in costumes and it’s like, “yeah! When I have kids, it’s going to be so much fun!” I tell people “Can I borrow your child so I can make your child costumes?” But my boyfriend is super excited about having kids to dress up one day, too. Like, we’ll be Aladdin and Jasmine and we’ll dress the kid up as a tiger or a monkey—maybe both? A tiger and a monkey!

CW: Apu, right? As a parent, I can tell you, they’re probably more like the monkey than the tiger!

DR: But maybe a little boy would like to be like “rawr I’m a tiger!” I don’t know! Or maybe they’ll be like, “I don’t want to be any of those. I want to be Elsa [from Frozen]” or whoever the Elsa at the time is? But yeah, I’ll always love making costumes. And its fun and I love this community. I’ve considered not doing the table anymore but after ten years and being a part of the community, it’s a part of my life. Whether or not I make any money at con selling jewelry or whatnot, it’s fun to be a part of it. And I get to make friends with all the other cool artists. It’s a different level when you’re an artist, too, rather than just a fan walking around. Like, “my booth’s over there. Let’s go get drinks after!” Yeah, totally!

CW: You can check out more of Daria’s amazing work here and you can even purchase prints from this website! Thanks so much for hanging out and stay classy, Daria! 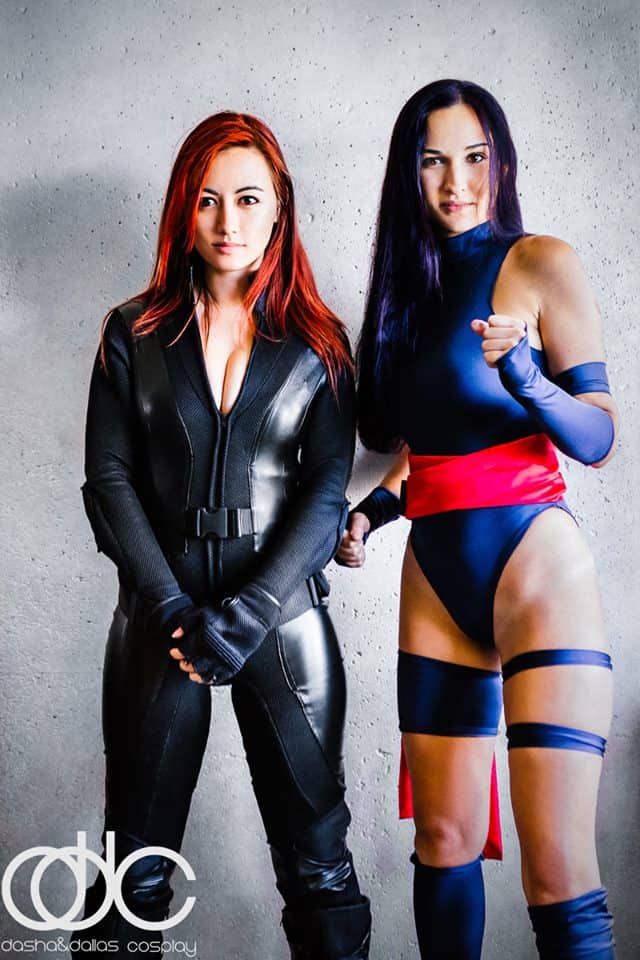 Confessions of a Cosplayer: An Interview with Dasha Cosplay