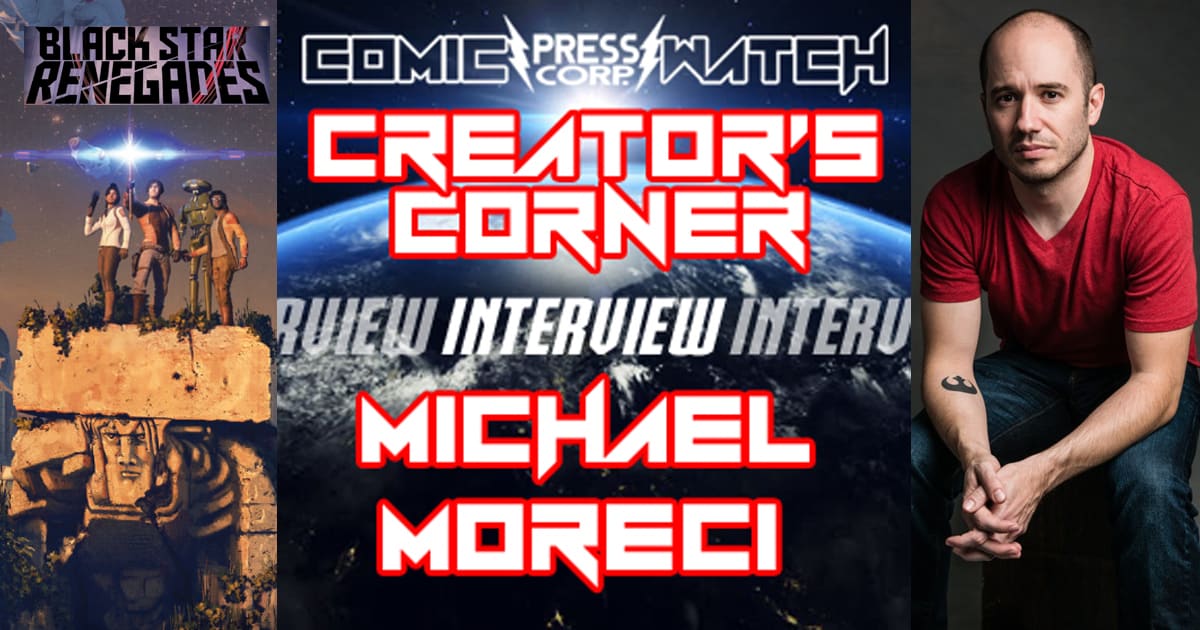 “Blending the space operatics of Star Wars and the swagger of Guardians of the Galaxy, Black Star Renegades is a galaxy-hopping adventure about a galactic kingdom bent on control that blasts its way from seedy spacer bars to sacred temples guarded by deadly creatures—all with a cast of misfit characters who have nowhere to go and nothing to lose and must find the power within before its too late” and ComicWatch talks with Mr. Michael Moreci about Black Star Renegades and more! 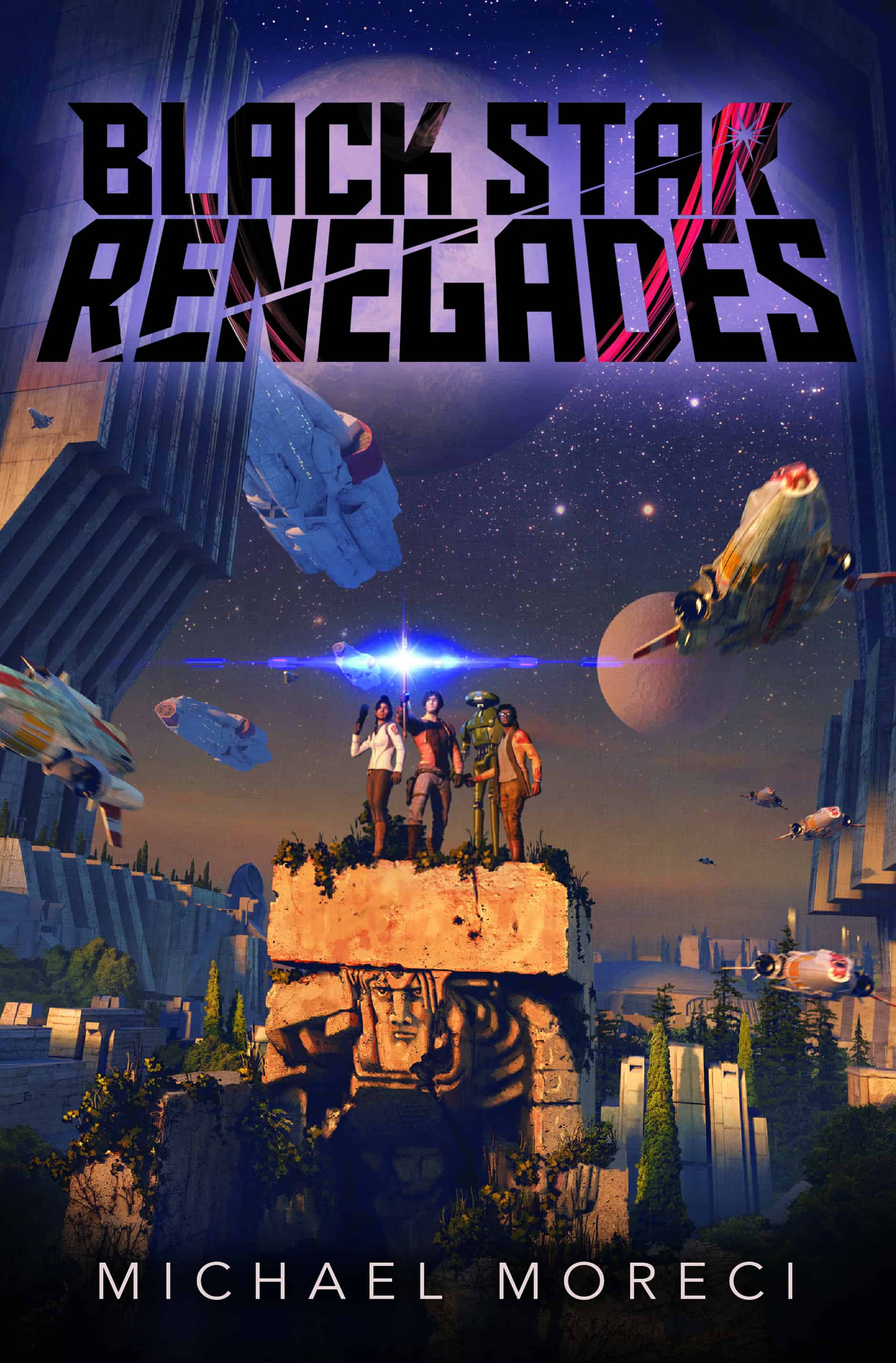 Some are already saying Black Star Renegades is genuinely entertaining and adventurous, and everyone absolutely loves it saying it could be the next biggest thing since Star Wars and Lord Of The Rings! 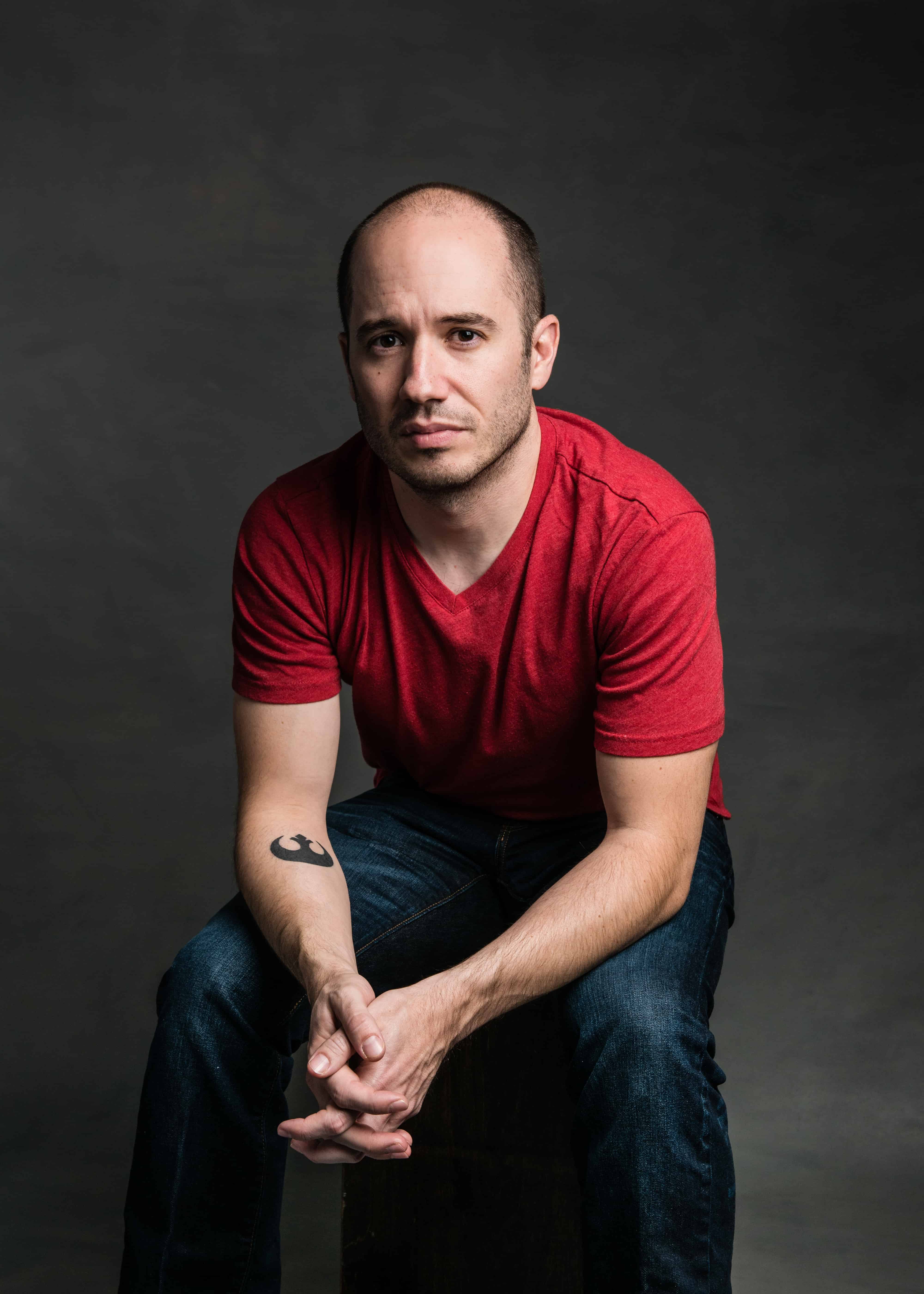 ComicWatch:  In regards to the writing process, how long did you spend preparing and writing Black Star Renegades?

Michael Moreci:  Weirdly, it moved really fast. Which was good—I like fast, especially when it ensures I don’t get caught thinking about stuff too hard. That said, from when I signed the dotted line with St. Martin’s to writing the book and completing it, it was about nine months. It’s like I had a baby. A book baby.

ComicWatch:  Where did your inspiration come from to write this story? 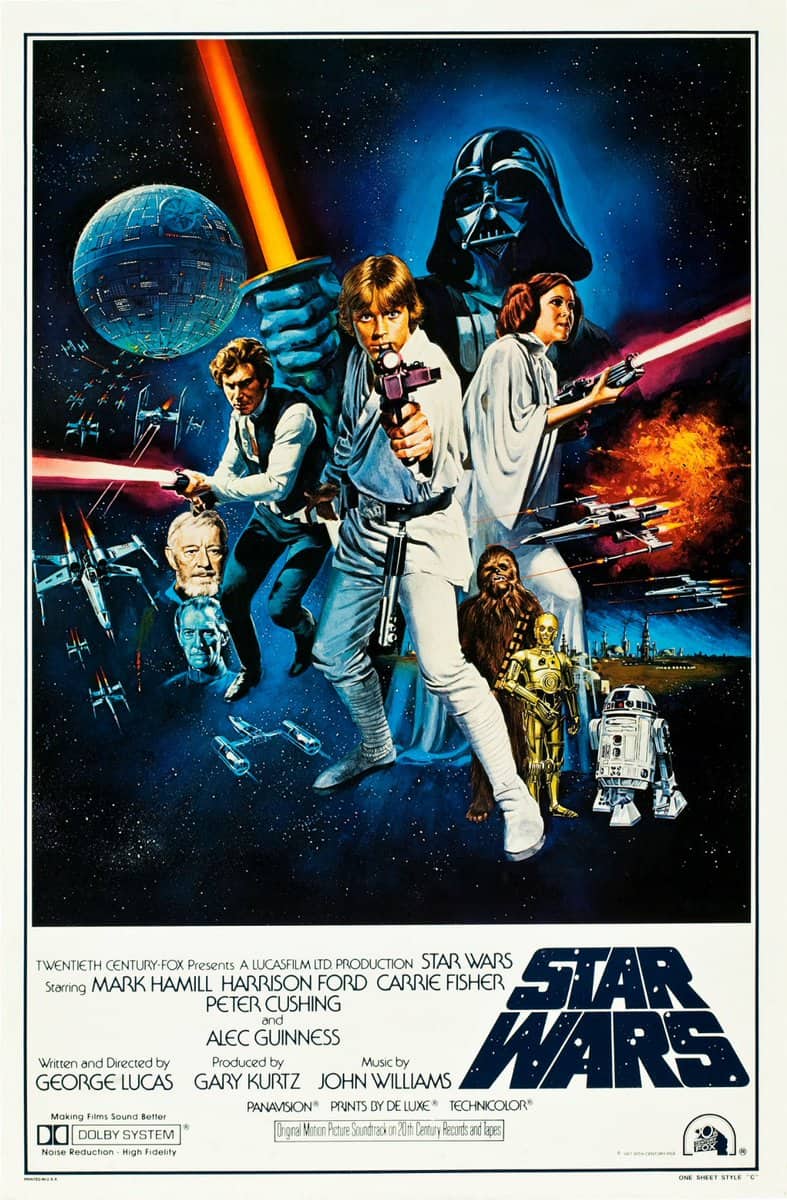 I mean, kidding aside (sorta), I drew inspiration from a lot of places. Yes, I’m greatly indebted to the galaxy far, far away, but Black Star Renegades is also a loving nod to sci-fi pulps like Buck Rogers, Flash Gordon, not to mention samurai flicks like Kagemusha and Sword of Doom. A lot of my loves went into this book. 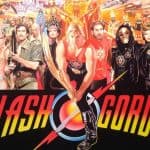 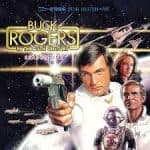 ComicWatch:  I’ve read that there will be a follow up on Black Star Renegades coming out in 2019. Does this mean a trilogy conspiring?

Michael Moreci: I hope so! It all depends on sales. I’d like to keep writing Black Star Renegades stories for years. The sequel will happen no matter what. Beyond that, it’s dependent on success. It’s looking good—really good—so hopefully we’ll make it!

ComicWatch:  Speaking of the second book, is there anything you can tell us about it, involving the plot, what to expect, anything you think that’s exciting that will get the readers more hyped up about its upcoming release than we already are?

Michael Moreci: Unfortunately, I’m tight-lipped about it. We’ll start talking about it soon, but right now we’re 100% focused on the first book (and book two, technically, isn’t completed yet).

ComicWatch: How long have you been writing in the comic industry?

Michael Moreci: I published my first short comic in 2006 and my first graphic novel, an indie OGN, shortly after. So a solid ten years—and many, many years before that of not getting published! 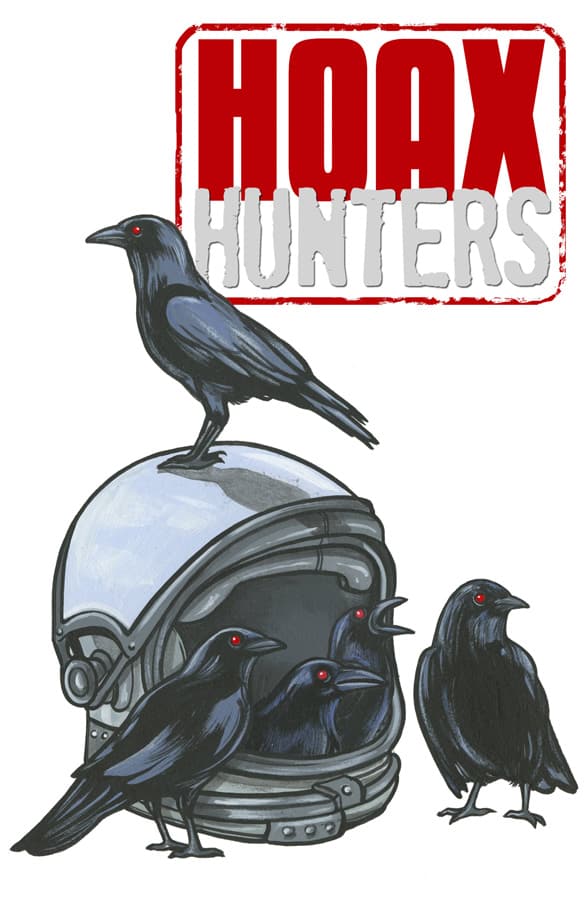 ComicWatch: Who or what was your biggest inspiration for writing?

Michael Moreci: Well, Star Wars is the obvious answer. But I’m not too big on inspiration, in a weird way. It’s all about work to me; writing is a job. I love it dearly, but it’s a job. Again, I do it because I love it and because I’m unequipped to do anything else, but it’s my job. If we’re talking about motivation, that’s different. I’m motivated by my compulsion to tell stories. It’s all I want to do; stories are how I understand the world, how I relate to it, and stories are how I best express myself. Plus, I don’t find anything more fun that weaving a good yarn.

ComicWatch: What was your “made it” moment?

Michael Moreci: I mentioned before that I’d done some writing for indie places, but my break came when Tim Seeley offered me an opportunity to write a backup comic for his ongoing Image series, Hack/Slash. That backup became Hoax Hunters, which eventually spun off into its own series. From there, the rest is history. Granted, there were many ups and downs along the way, but I would not be here, no way, unless Tim gave me that chance. 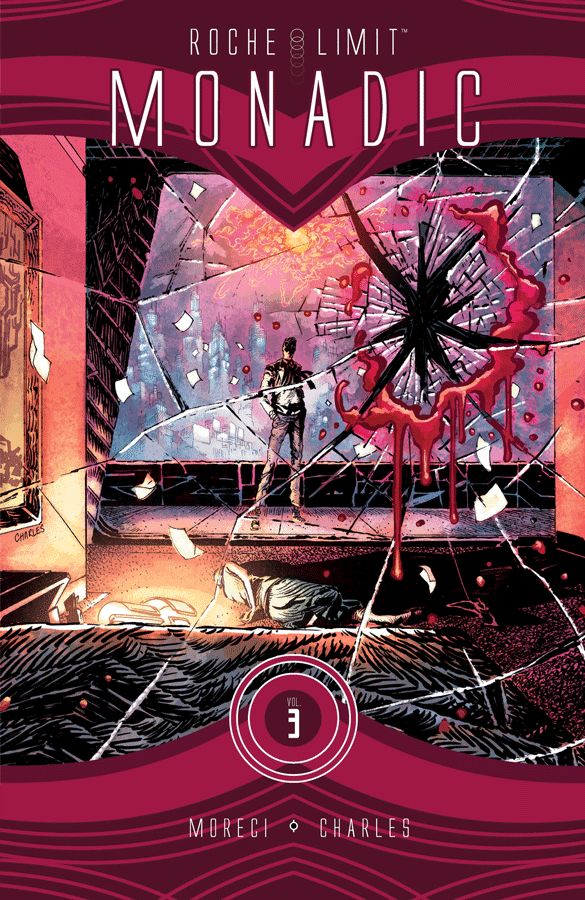 ComicWatch: Did you read comics as a child, and if so what were your favorite characters and titles?

Michael Moreci: Oh, did I ever. Tons. I was mainly a Marvel kid, and my favorite, when I was little, was Spider-Man. Spidey and Superman. As I grew older into the 90s, then I started to love Batman and all the X titles. 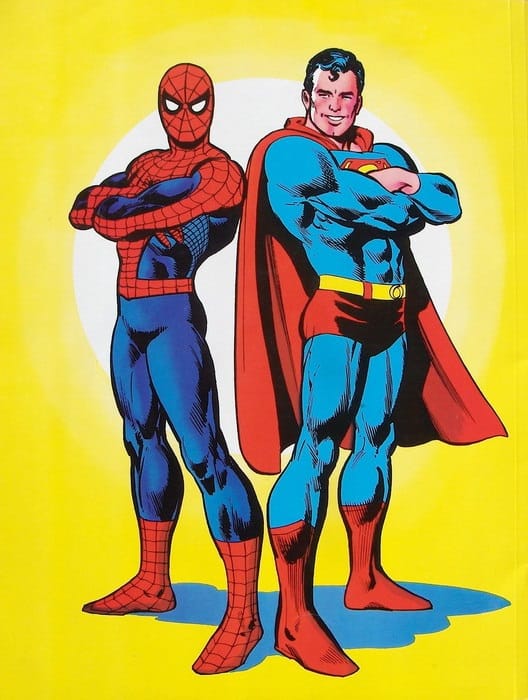 ComicWatch:   Have you always wanted to write comics?

Michael Moreci: Without question. I’ve wanted to do it all—I just love storytelling, but comics and novels were my two biggest loves, always.

ComicWatch: What was the first comic you ever wrote?

Michael Moreci: Funny enough, it was a strip I wrote in grade school about a boy and his pet dinosaur. I actually sold stories to other kids and made quite a bit of money.

ComicWatch: What is your favorite comic that you have written?

Michael Moreci: Roche Limit, for sure. It’s incredibly meaningful to me for many, many reasons. Though my new comic, Wasted Space (coming in April from Vault Comics), is slowly creeping up behind Roche Limit. 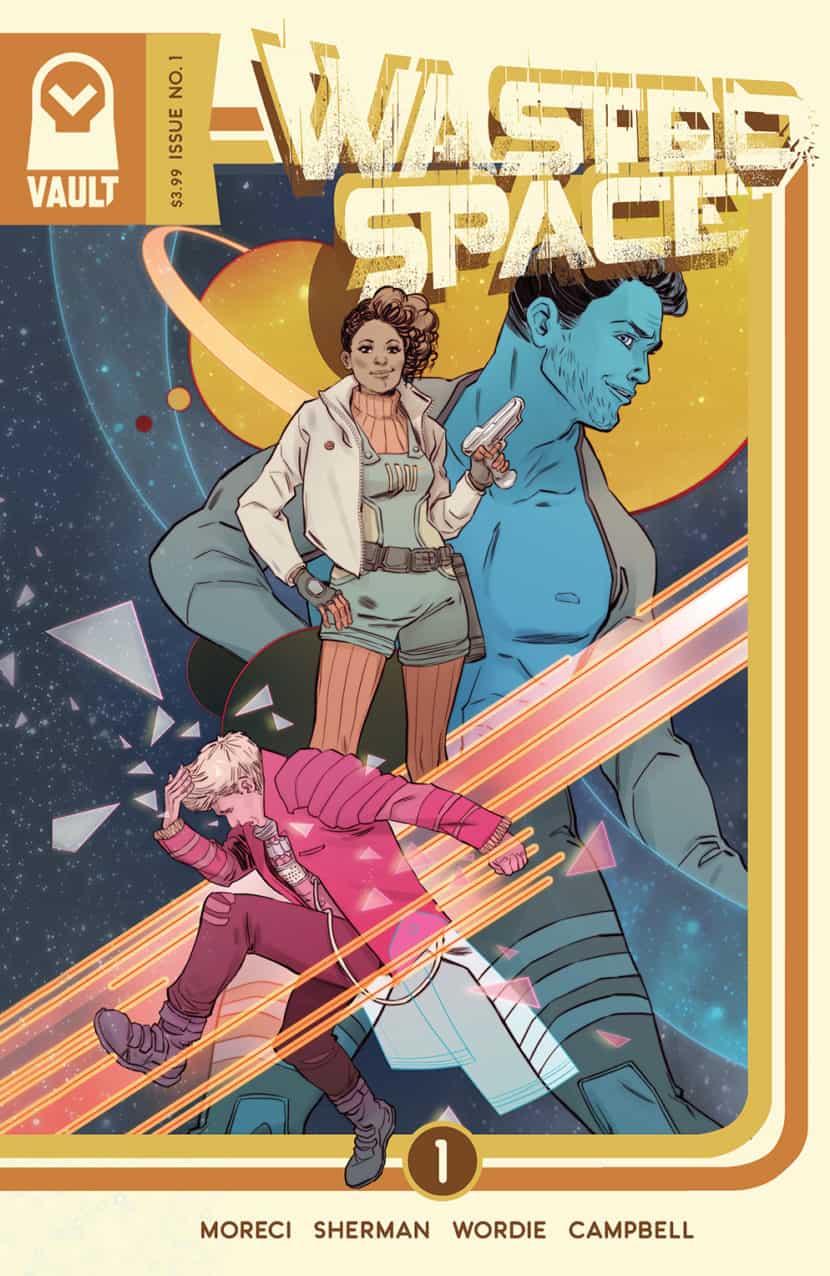 ComicWatch:  Over the years, what are 3 of your top 10 favorite writers? 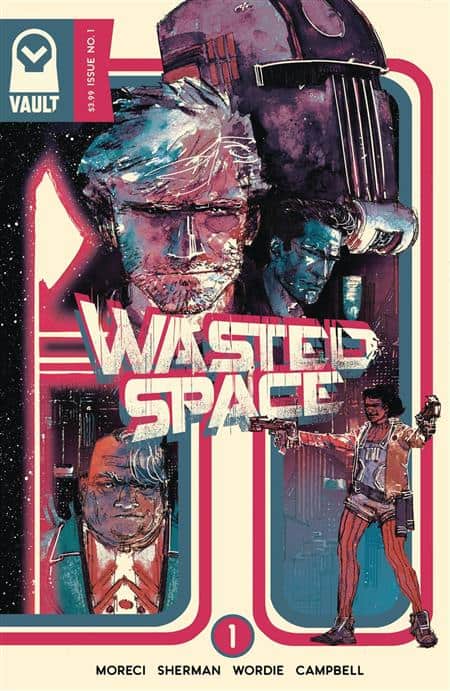 Michael Moreci: Working on Superman was an absolute dream come true. I mean…it’s Superman. You can’t beat that, you just can’t.

My ultimate fantasy, though, is to write the Fantastic Four. Always has been, always will be.

ComicWatch: What are 3 of your favorite storylines? 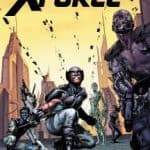 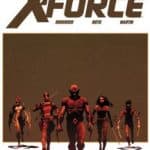 ComicWatch: What’s next for you, other than your upcoming novel?

Michael Moreci: I mentioned Wasted Space, which I’m VERY excited about. I describe it as being Preacher as written by Philip K. Dick, and if that doesn’t sell you, I don’t know what will. I have another novel coming between Black Star Renegades 1 and 2 called The Throwaway, which is a spy thriller. Then a few more things up my sleeve which haven’t been announced yet…[YES]!!!!

ComicWatch:  What’s the best piece of advice you’ve ever been given when first getting into Comics?

Michael Moreci: The best advice I have isn’t limited to comics, it’s writing in general: To make it as a career, you have to realize it’s a marathon, not a sprint. I see so many people get down about rejection, beating themselves up over this and that, and I want to tell them all that your career isn’t defined by one failure. You’re going to fail all the time. The people who make it are the ones who keep going. That’s all you have to do: Keep going. (I mean, hone your craft as well and don’t suck—but, duh.)

ComicWatch: Do you have any plans to turn Black Star Renegades into a comic series?

Michael Moreci: Not really, no. I think the two mediums have some crossover, but I don’t think the translation would work the way I’d want it to. They’re different beasts, they really are.

ComicWatch Interviewer/David Conine: And the final question, are you looking for an apprentice? You are doing what I live, breathe, and dream to do, and I really admire your work!

Michael Moreci: “Soon, I will have a new apprentice” –Darth Sidious [Mr. Moreci, I’m prepared to join the darkside] 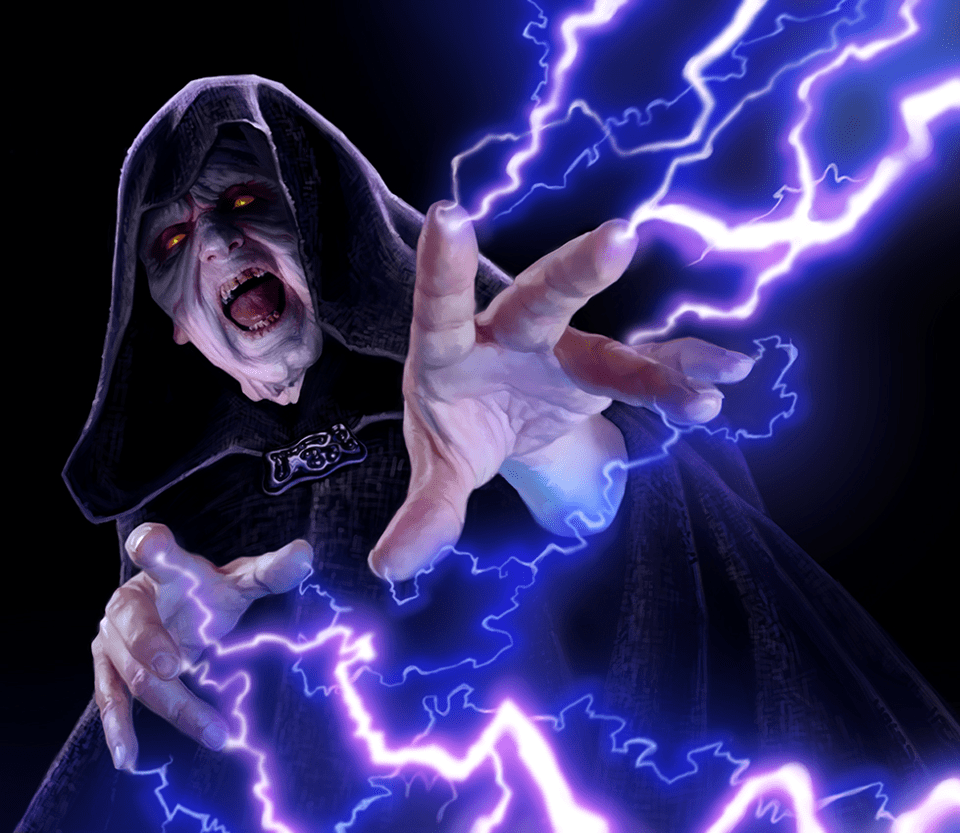 I would like to Thank Mr. Michael Moreci for taking the time to discuss Black Star Renegades with us, as well as some of his previous and upcoming work!  My advice, go out and buy a copy of Black Star Renegades, I have and it is incredible!  Also, place your orders for Vault Comics’ Wasted Space with your local comic shop!  Thank you, Michael and I look forward to speaking with you further as Black Star Renegades 2 & the quickly approaching Wasted Space release approaches!  I’m a huge fan of Vault Comics and of yours, this has been an interview I will never forget!

Also, Black Star Renegades is available here!  Please show your support to those who continue to write such incredible titles!