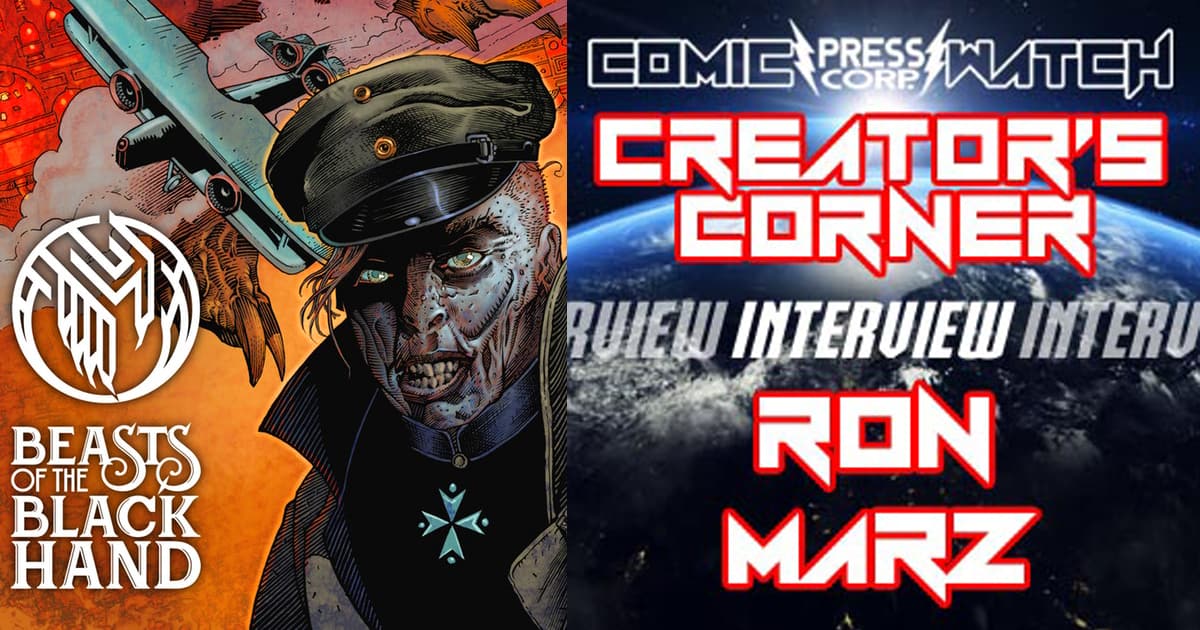 What follows is an in-depth interview with Ron Marz, one of the most creative minds in the the comic industry today, discussing Marz, this amazing piece, Beast of the Black Hand, a Kickstarter project that Marz said we could expect in earlier 2018, and much more!

CW: Ron, you have an extremely impressive career writing for Dark Horse, DC, Image, Marvel, Valiant, Virgin, Cross Gen, and I’m sure I missed some?  What was your motivation to step outside the box and do this graphic novel, Beasts of the Black Hand?

Marz:  “When my friend Paul Harding approached me about helping write this story, the concept was really intriguing.  It’s hard not to be interested in a period piece that comes with monsters, magic, and secret societies.  Part of the attraction was also that this is a creator-owned project so we could tell our story exactly the way we wanted, and do so while working with friends.  We knew Matthew Dow Smith would be a great fit artistically for the book.  I couldn’t ask for a better group of creators and friends to work with.” 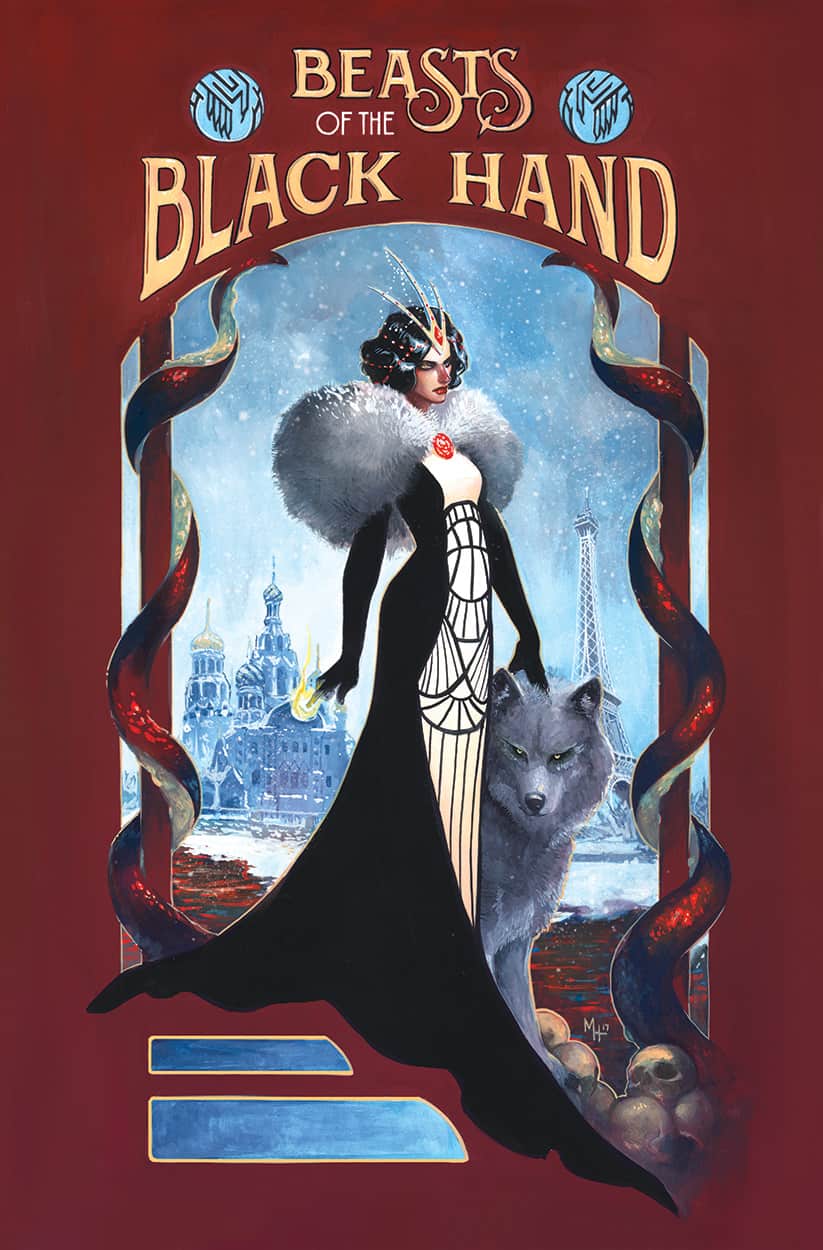 CW: As I understand from the press releases, the story is based upon, ‘Grigori Rasputin, a Strannik who befriended Tsar Nicholas II and helped care for his ill son. He has often been referenced as a monk historically, but I couldn’t find out much about him that could be verified except that he was rumored to wield power over the family and dabble in the occult.‘

Who all was involved in the creative process and developing the book?

Marz:  “Paul Harding came up with concept and characters and the skeleton of the story. Along with being a good friend of mine, Paul is a sculptor who works DC Collectibles, Gentle Giant, Sideshow, and a lot more.  After Paul approached me about writing the story, we asked Matthew Dow Smith if he’d be interested in drawing it.  Matt was just finishing up a lengthy run on X-Files, so he was looking for another project, and this turned out to be a great fit.  We rounded out the art team with Neeraj Menon, a colorist I’ve worked with in the past.  Finally, we talked with Sean HusVar from Ominous Press about releasing the book through a Kickstarter with the help of Ominous.  Sean and Ominous have been a huge boon, we wouldn’t be here without them.”

CW: Now if I understand correctly, this story is based on the slaying of Grigori Rasputin and the ramifications?

Marz:  “Right, we open with Rasputin’s death, which is really what launches the events of the book into motion.  British secret agent, Oswald Rayner, manages to assassinate  Rasputin, only to learn that his daughter, Maria Rasputin, is an agent for the Black Hand, and seeks revenge for her father’s death.” 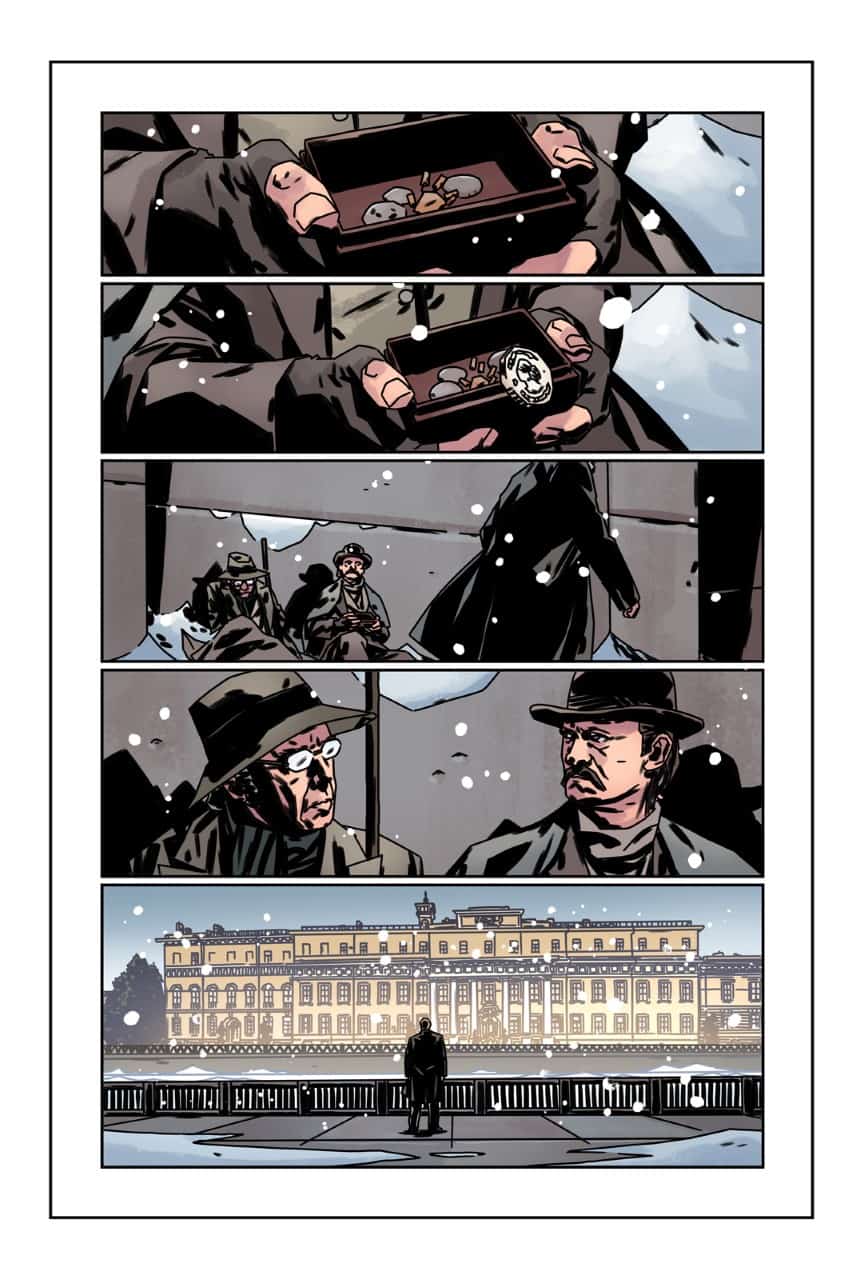 CW: What gave you the idea for this project?  What I’ve read thus far sounds fascinating!

Marz:  “The idea came from Paul, who is a history buff, so a lot of the inspiration has a basis in historical fact.   And, of course, Paul wanted to sculpt some monsters, so this really allows him to indulge that.”

CW: How much of the story is based on actual events?

Marz:  “It’s absolutely true that in 1916, Prince Felix Yusupov invited Rasputin to dinner at Moika Palace in St. Petersburg, Russia.  According to some accounts, among those in attendance was a British agent named, Oswald Rayner, and he was the man who actually killed Rasputin.  We also use the Versailles Peace Conference of 1919 as a setting.  So while there are definitely supernatural aspects to the story, we have a framework of historical fact.”

CW: Who is the protagonist? I’ve read something about a secret agent of sorts?

CW: I know the book features supernatural elements, beasts, etc. What sorts and what can we expect?

Marz:  “Beasts’! Lots of them!  The creatures are all designed by Paul Harding.  So we have a wealth of creatures, as well diesel-punk technology and design ethic.” 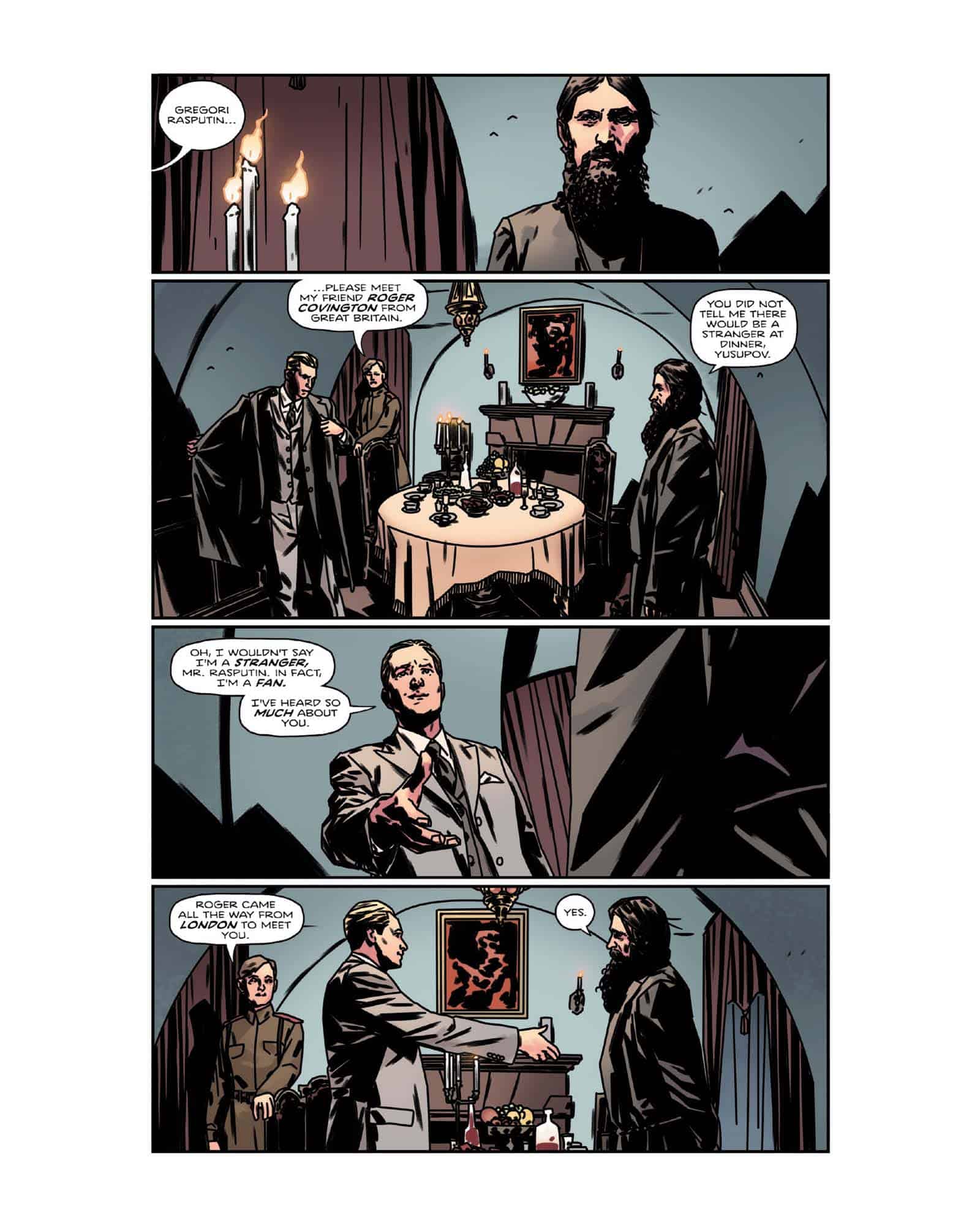 CW: I’ve also read that Maria Rasputin is the main character in your story, where does she fit in?

Marz:  “Maria is an agent of the Black Hand, serving their cause of sowing chaos in Europe, as well as seeking vengeance for her father’s death.”

CW: Who or what is the Black Hand?

Marz:  “The Black Hand is a secret supernatural cabal that wants to control Europe, and then the world.  To that end, they’re looking to unleash horrors from beyond.”

CW: Will there be future titles to follow this one?

Marz:  “We already have plans for a second volume.  Matthew Dow Smith gave us a sneak peak of the volume two cover in the Kickstarter updates.”

CW: I was impressed to see that Beasts of the Black Hand had 137% backing with 666 pledges? Is that correct? 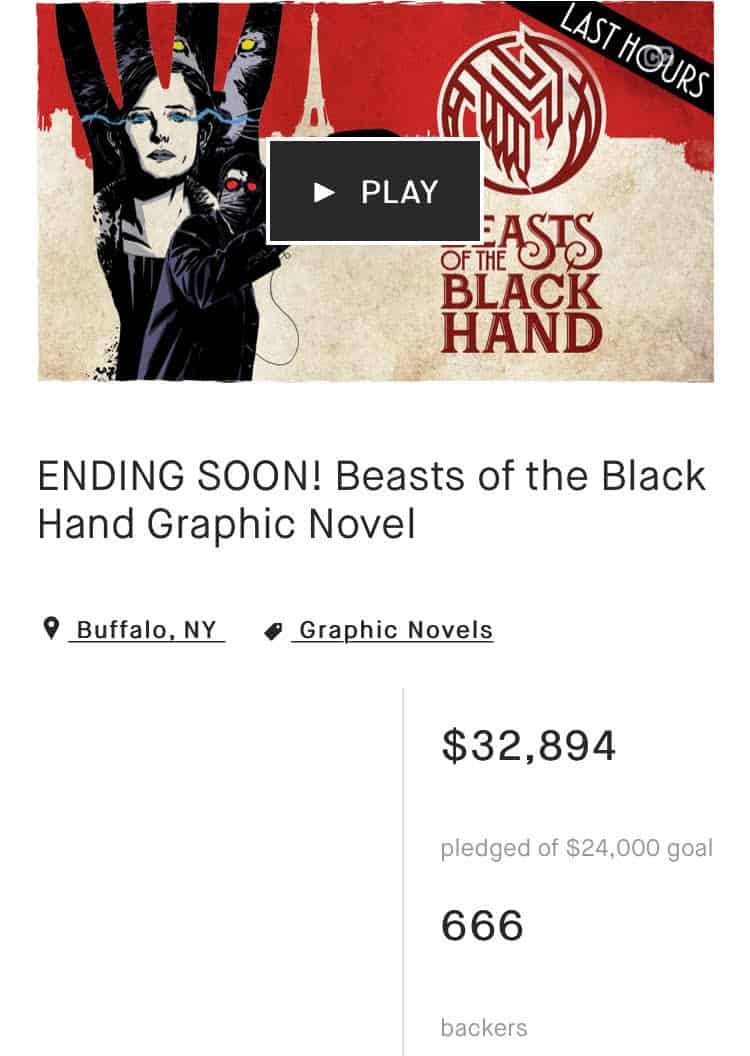 CW: Is it too late for me to be pledge number 667 because I’m interested in getting a copy? 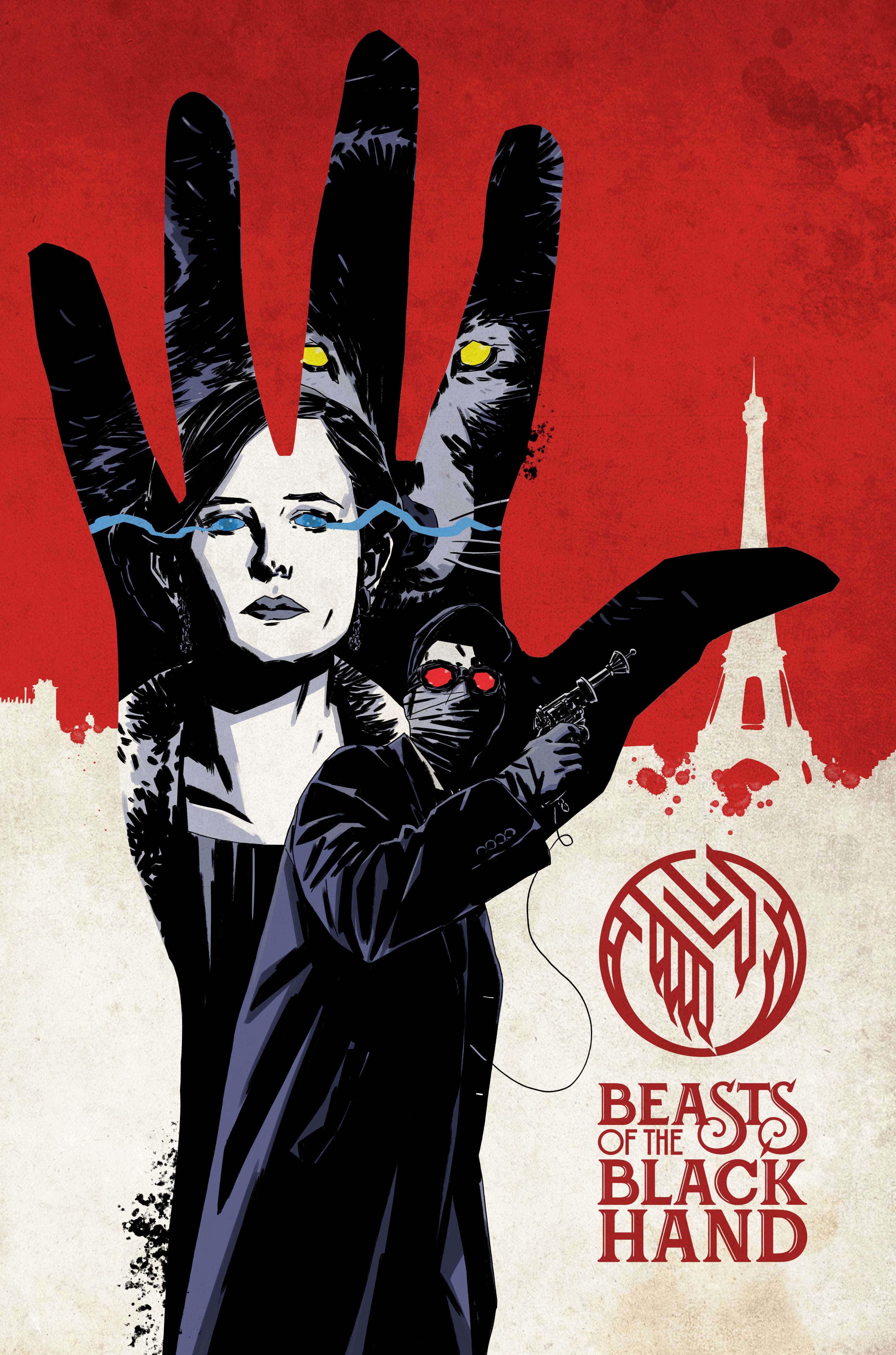 CW: Are the promotional items still available for pledges and certain packages through Kickstarter?

Marz:  “Yes, I think we still have everything available, from Mike McKone original art.”

CW: Ron, these are a few short-answer questions so our readers at Comic-Watch can get to know you a little better!

Did you read comics as a child and is so, what comics did you enjoy the most?

Marz:  “I was very much a Marvel kid.  Frank Miller’s Daredevil and Walt Simonson’s Thor were my favorites.” 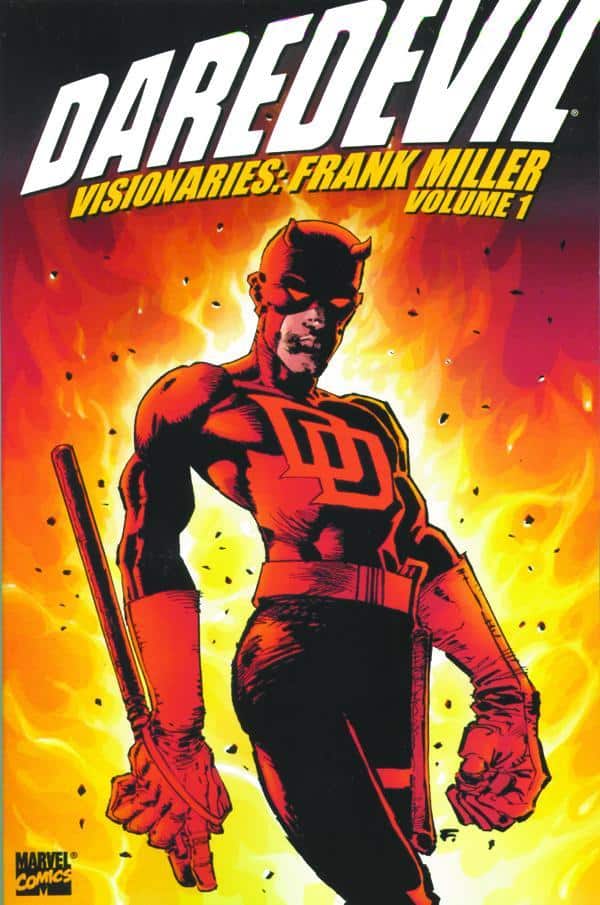 CW: Who are your current influences?

Marz:  “Wow, too many to name.   I find inspiration everywhere:  Stephen King,  Bruce Springsteen, movies, and so many comics.” 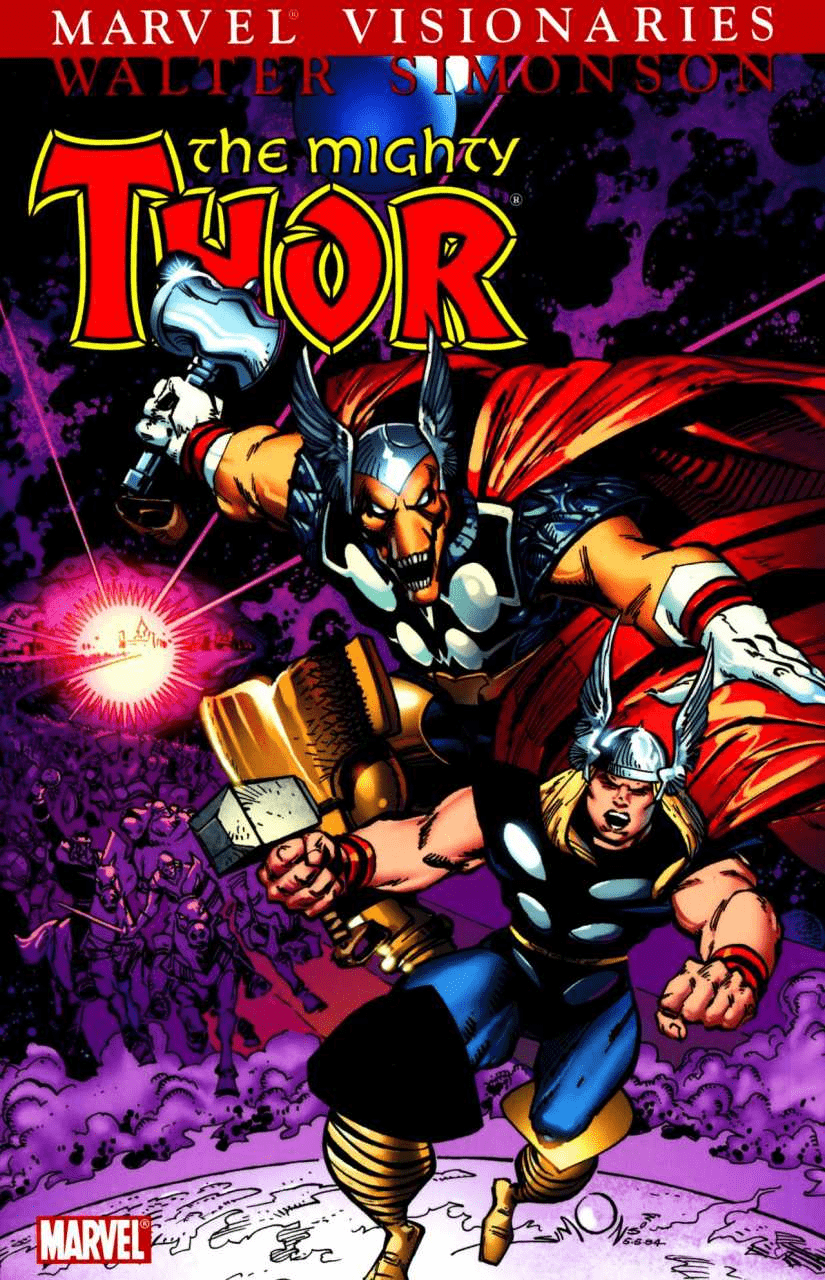 CW: What got you into comic writing?

Marz:  “Jim Starlin suggested I try my hand at it.  I was friends with Jim and a fan of comics, but Jim is the one who made it happen.” 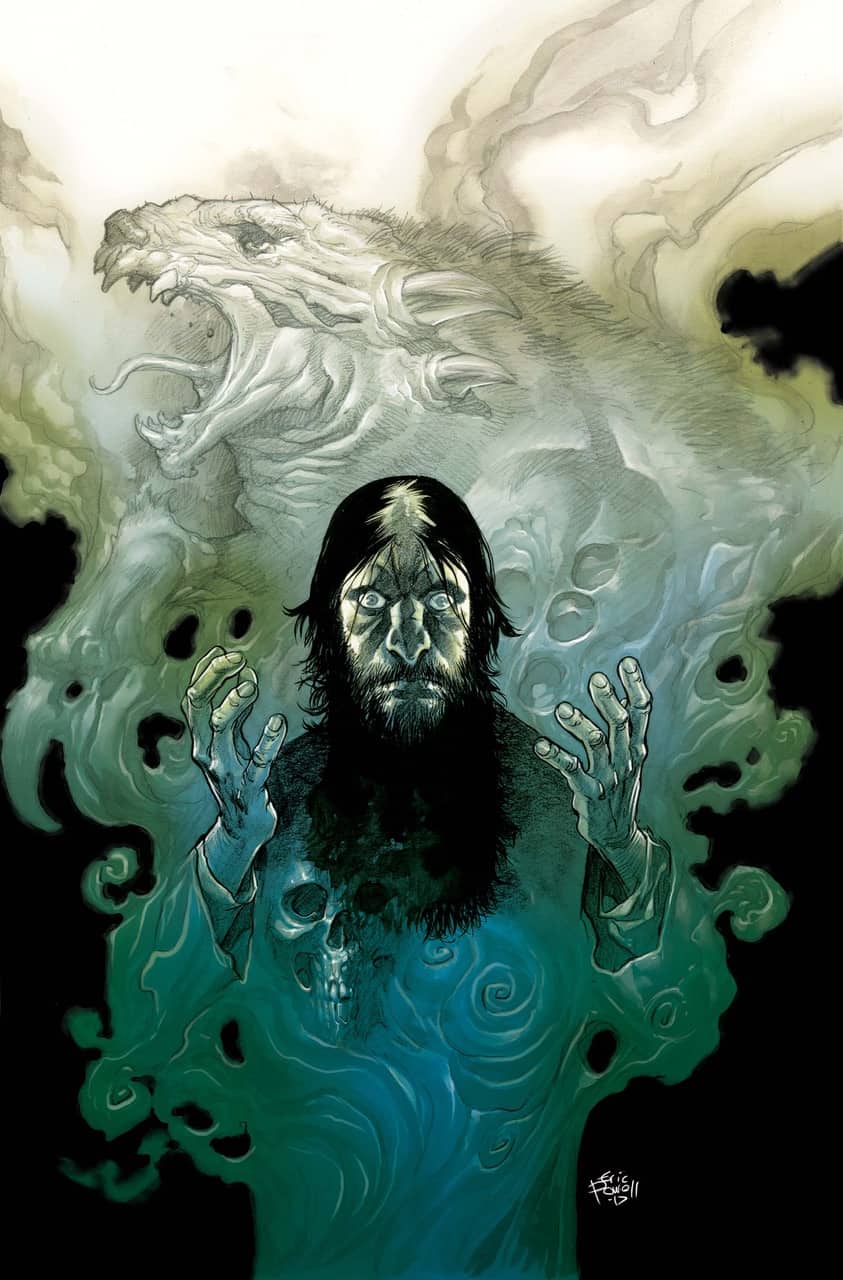 CW: Until this title, which I’m sure having creative freedom was a big plus, what was your favorite character/s to work with?

Marz:  “Rasputin was the most fun to write, even though we kill him a few pages in!” 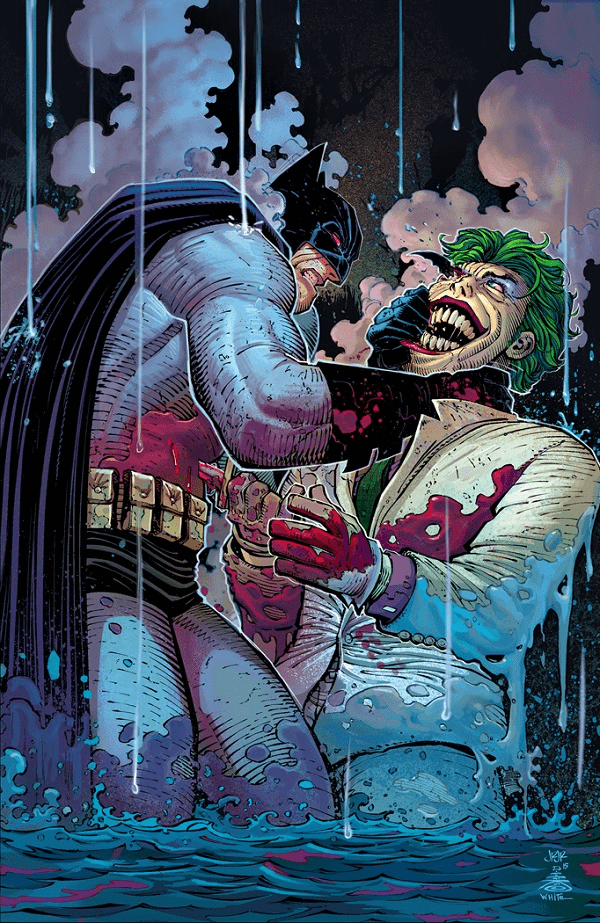 CW: What was your made it moment?

Marz:  “Probably being invited to one of the Marvel Christmas parties early in my career. I felt like I belonged.”

CW: What work are you most proud of?

CW: Who was your biggest influence coming into the industry?

Marz:  “Jim Starlin, obviously.  None of the happens without him.”

CW: How did you break into the industry?

Marz:  Jim Starlin co-wrote my first few scripts with me, for Silver Surfer at Marvel. I’ve been working ever since. 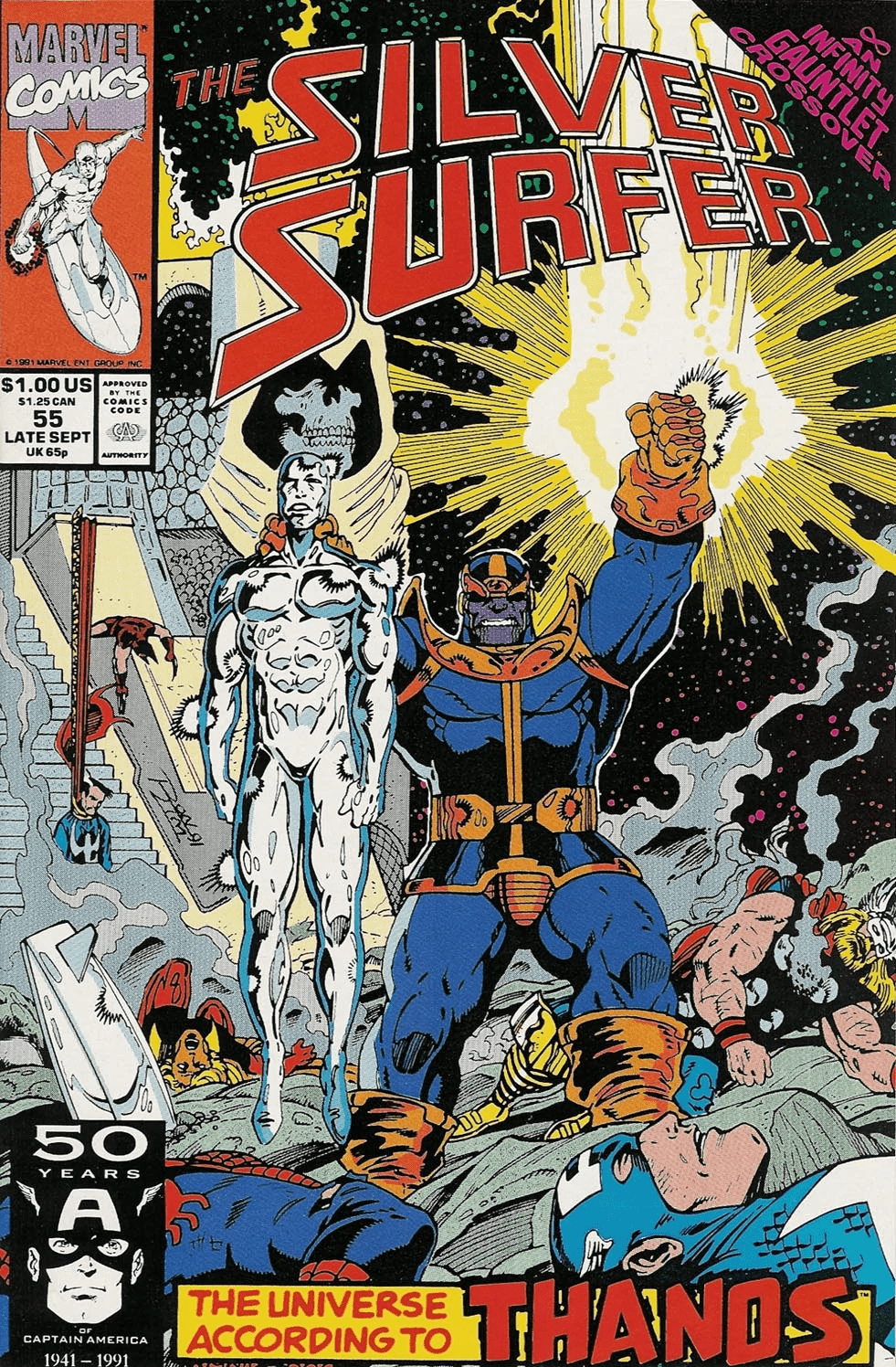 CW: Are there any characters you haven’t worked with that you would like too?

Marz:  “I would really love to do a Tarzan monthly comic.”

CW: Any future projects/plans for creator-owned work you can tell us about?

Marz:  “There’s more creator-owned stuff coming in 2018.  There’s more Beasts of the Black Hand, and a couple of other original projects. We’re not ready to announce them yet, but we’ll unveil them in first quarter 2018.”

I would like Thank Ron Marz, on behalf of myself and all of Comic-Watch for his time and a peek inside his genius!  Beast of the Black Hand should be available early this year from Omnibus, and also make sure to check out Marz work in Demi-Gods and GiantKillers! 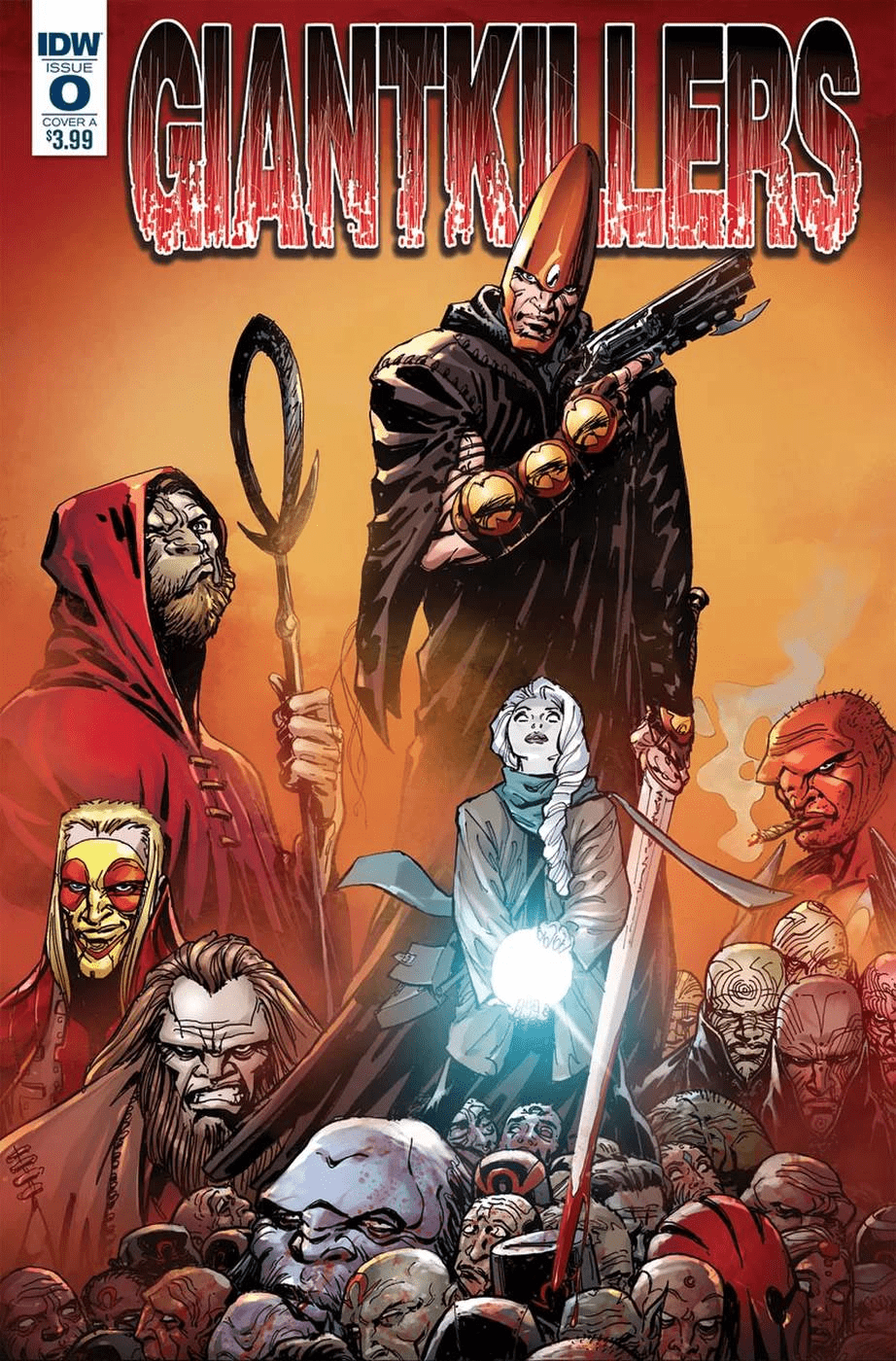 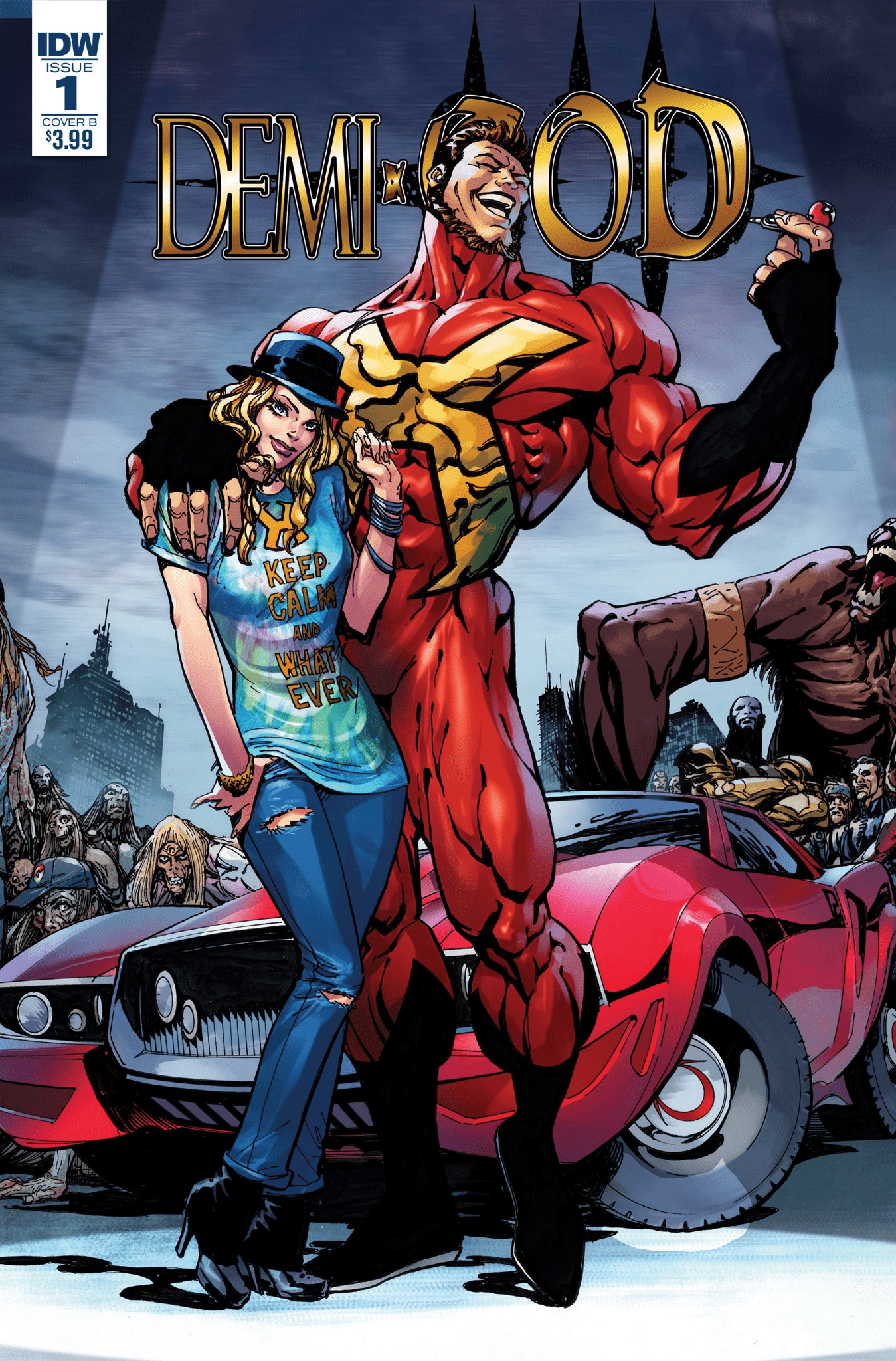