FIRST WATCH: What We Learned from DC’s May 2018 Solicitations 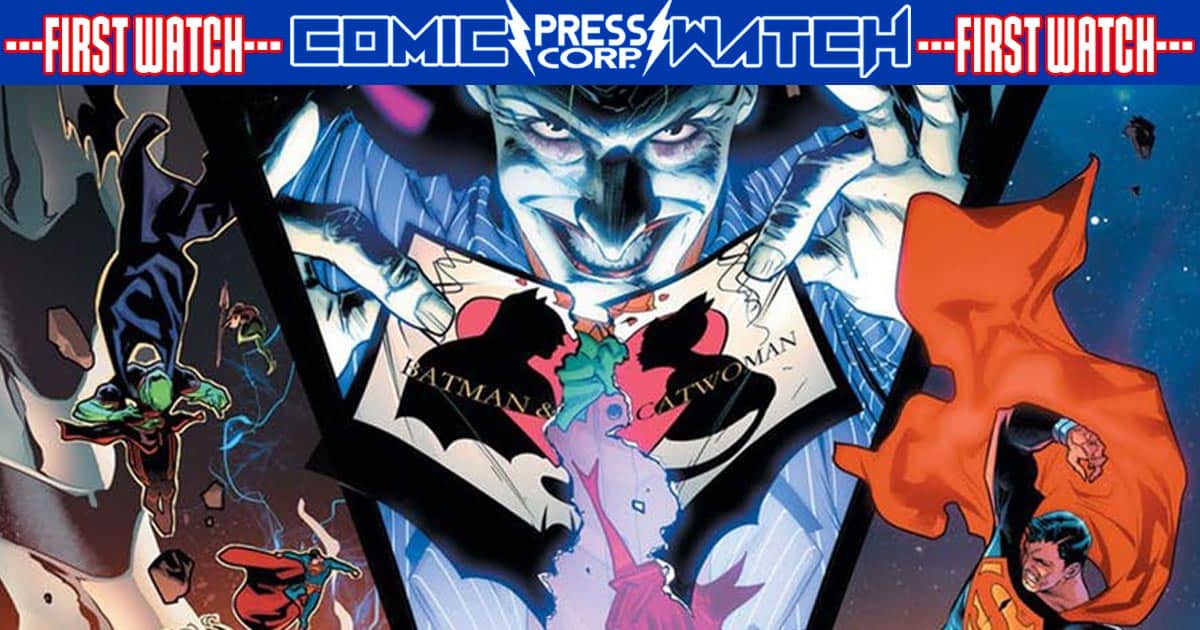 We had quite a few big surprise reveals come our way with the DC May 2018 solicitations, released Tuesday. Here’s some of the things we have to look forward to in 3 months! I’ve broken things down by character, in BOLD, that way if you don’t care for a character you won’t get a bunch of useless info piled on you, because Comic Watch cares!

DC Nation #0 is gonna break the internet, 25 cents for the first editions, three prelude stories, it’s gonna be a ton of fun! 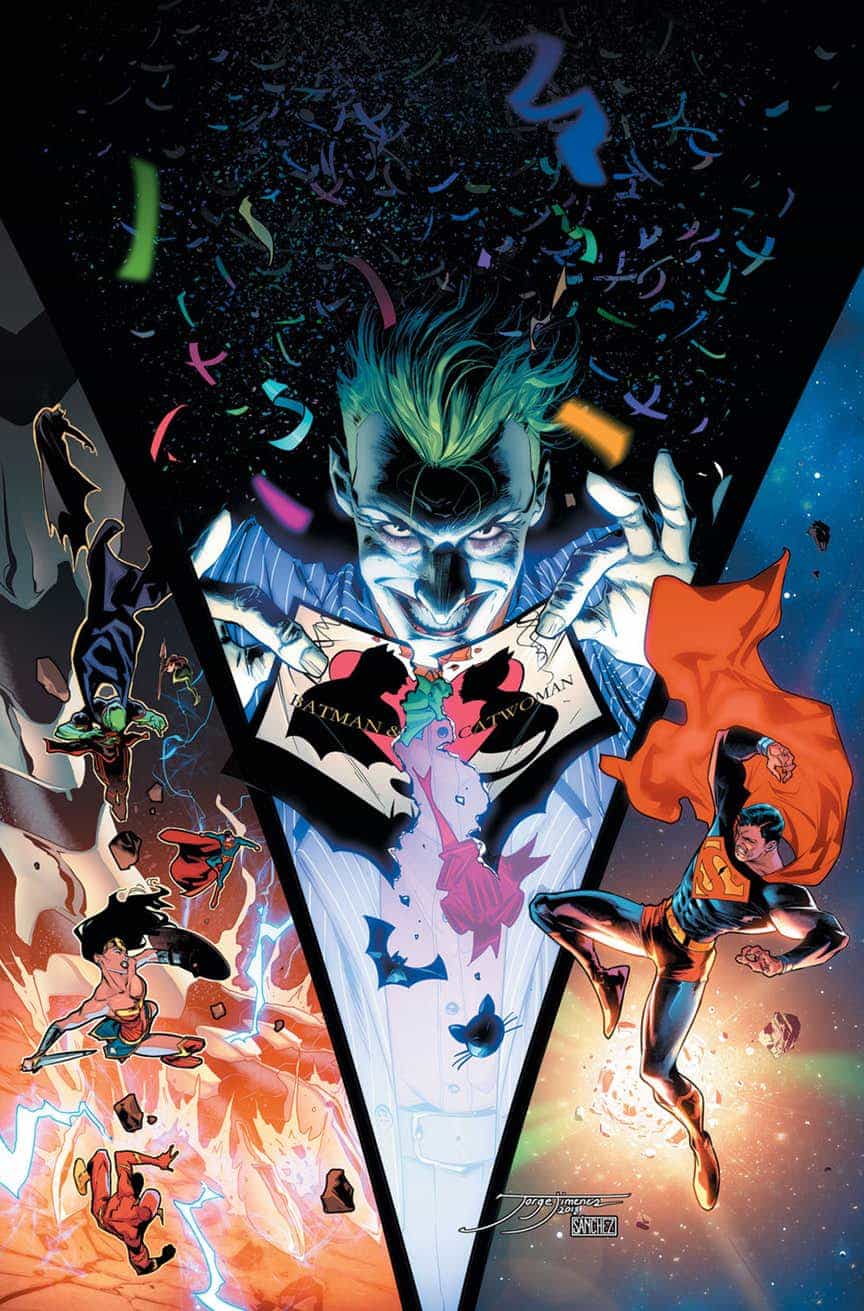 The possibility was teased recently at the tail end of the Imperius Lex arc, and it looks like Supermaster Dan Jurgens will have something to say on the matter in his last special with the character, for now. 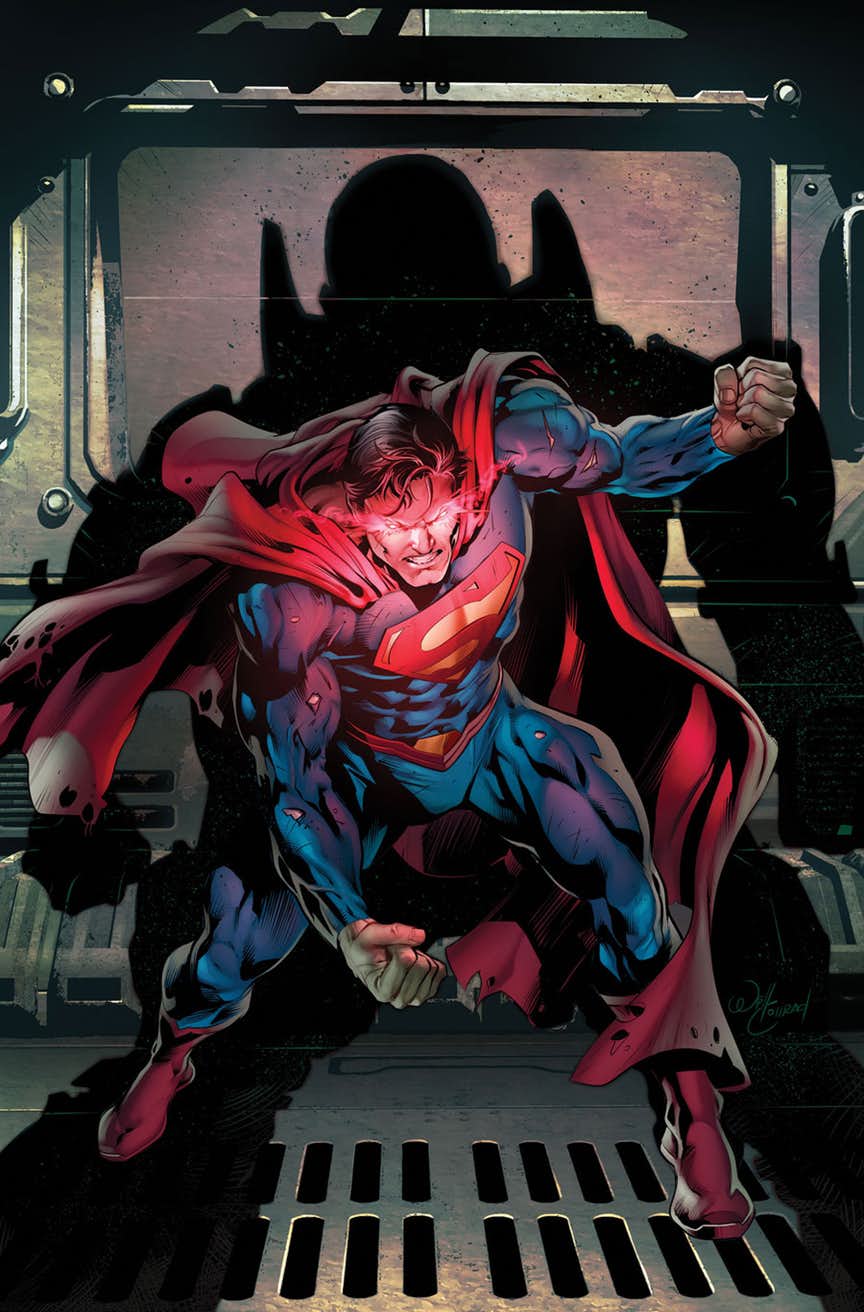 Superman fought a slew of dinos waaay back in the second arc of Rebirth, much to 8-year-old me’s delight, this issue will tie up some loose ends left by that arc prior to Peter J. Tomasi’s departure from the title. 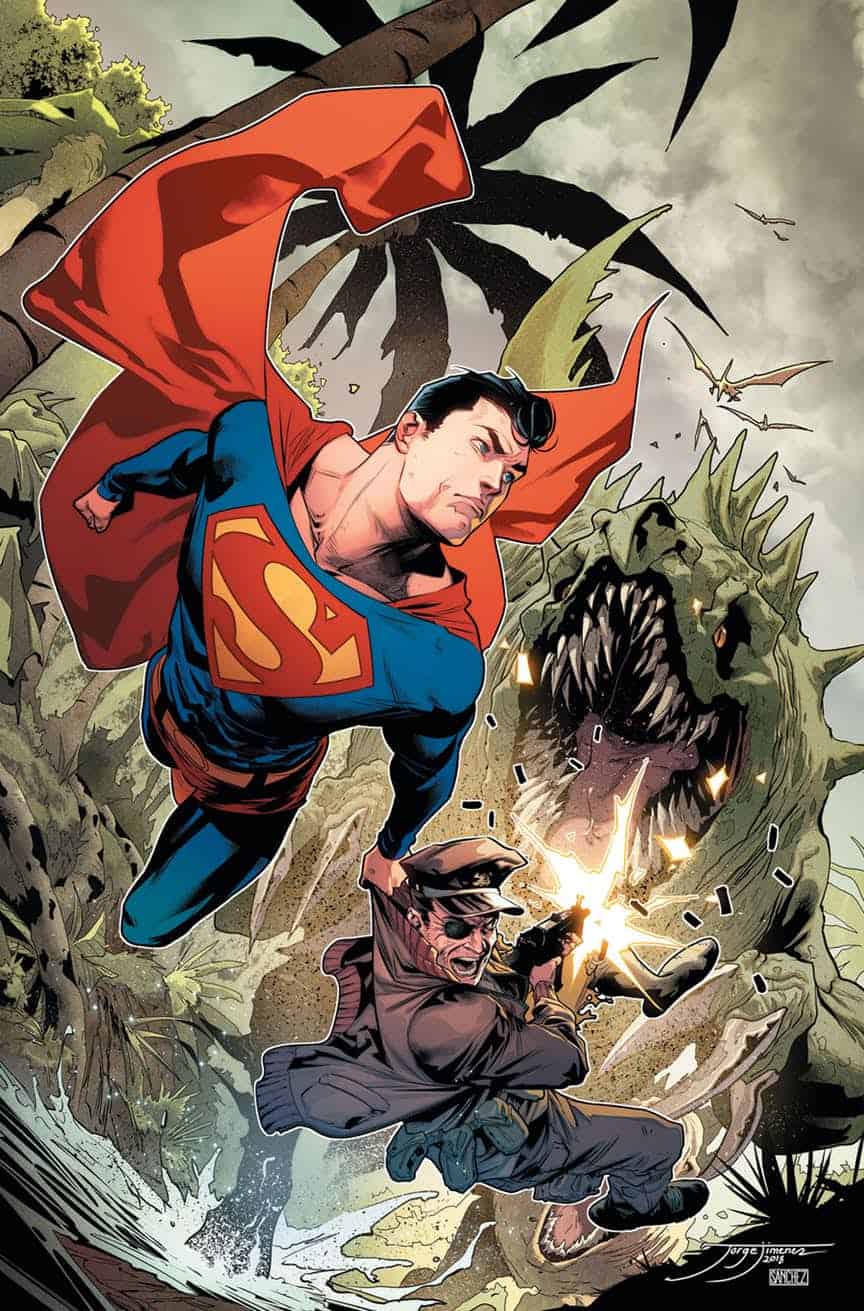 Batman is gonna have around 6 series at once going come May, and they all look awesome, sorry wallet.

Booster Gold is gonna be in Batman! Considering the Dark Knight’s disdain for the Greatest Hero You Never Heard Of, this arc should be a blast and is followed by the wedding of the bat and the cat in Batman #50! Also, TONY DANIEL IS GONNA BE ON BATMAN AGAIN!!! 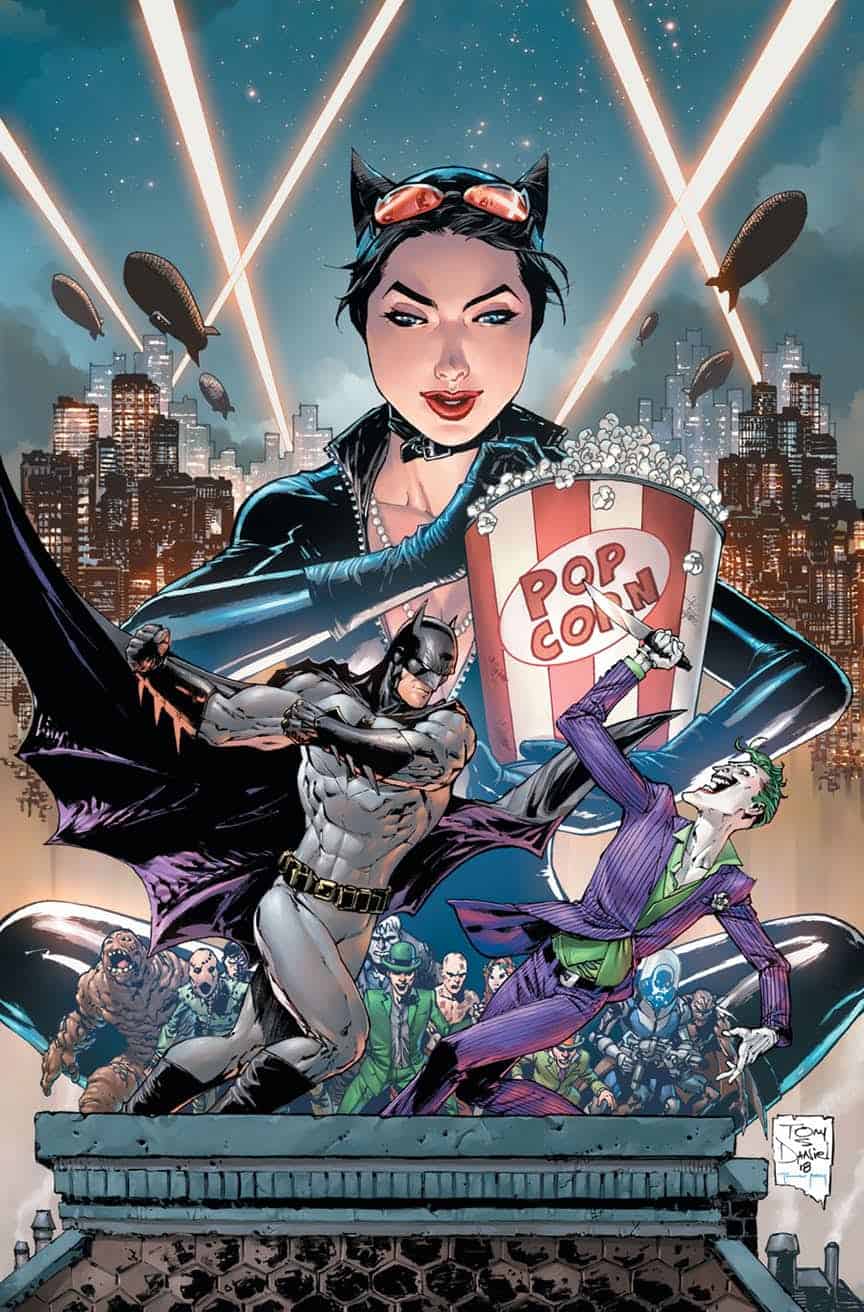 Batman: The Rebirth Deluxe Edition book 2 is going to be gigantic, containing all of I am Bane and the War of Jokes and Riddles, plus the two button issues for some reason, might have to pick this big boy up, I was buying digital at the time at 17 issues and 450 pages this thing is 2 issues shy of an omnibus for a quarter the price!

Batman, the Brave and the Bold is either gonna be awesome or confusing as hell, seriously read this synopsis:

“Elatha may have been the most recent king of Tir Na Nóg to die, but death is never far from the throne. Batman and Wonder Woman learn about the realm’s first king, his mysterious silver arm and what bearing it may have on the problems of the present, as the Fomorians grow increasingly wary of these strangers and their questions. The duo’s investigation was supposed to bring answers and keep the peace, but it might burn into the spark that ignites the first shots of war!”

No Justice is coming, and that means Scott Snyder on Justice League! I don’t know that I’ve ever read a team book by Snyder, can’t wait to see what he’s got, Metal has been a blast! 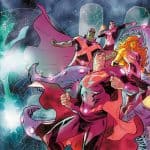 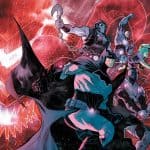 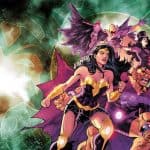 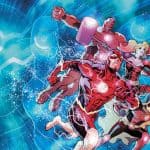 We’re finally getting that Joker cover they keep teasing, can’t wait for another issue, it’s too good! 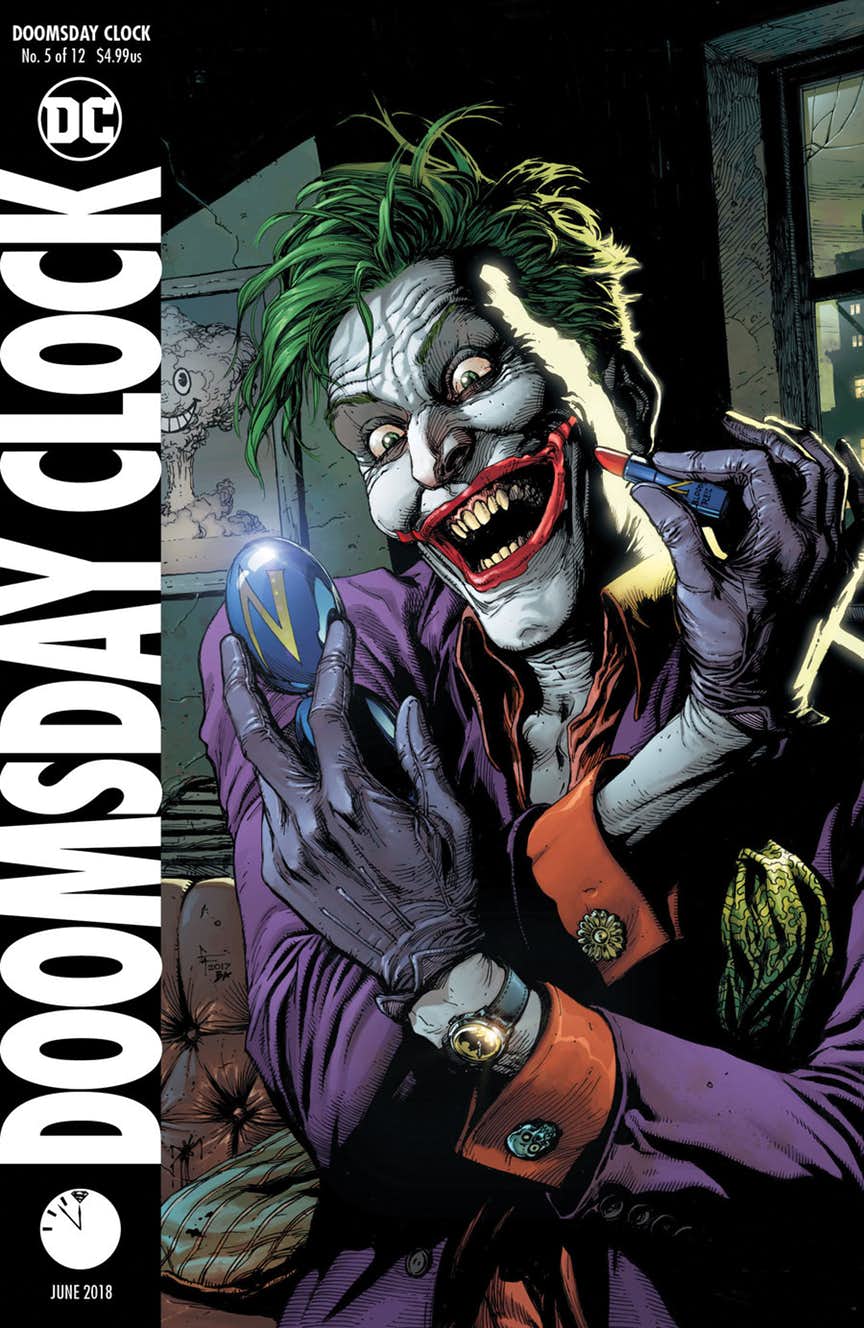 Seriously, if you guys aren’t on this yet, get on this, every title I’ve read so far has been a ton of fun. Although like everyone else I’m just counting the days until Morrison takes over Sideways. (sorry Dan, I’m a Grant fan) 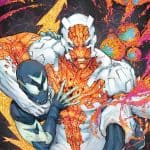 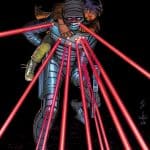 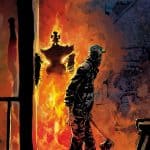 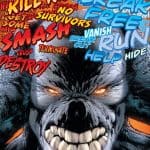 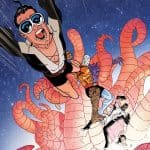 Our boy in Bludhaven is getting a new creative team, again. Benjamin Percy and Christopher Mooneyham are taking the hero someplace he’s never been before! The internet! Wait that doesn’t sound right… 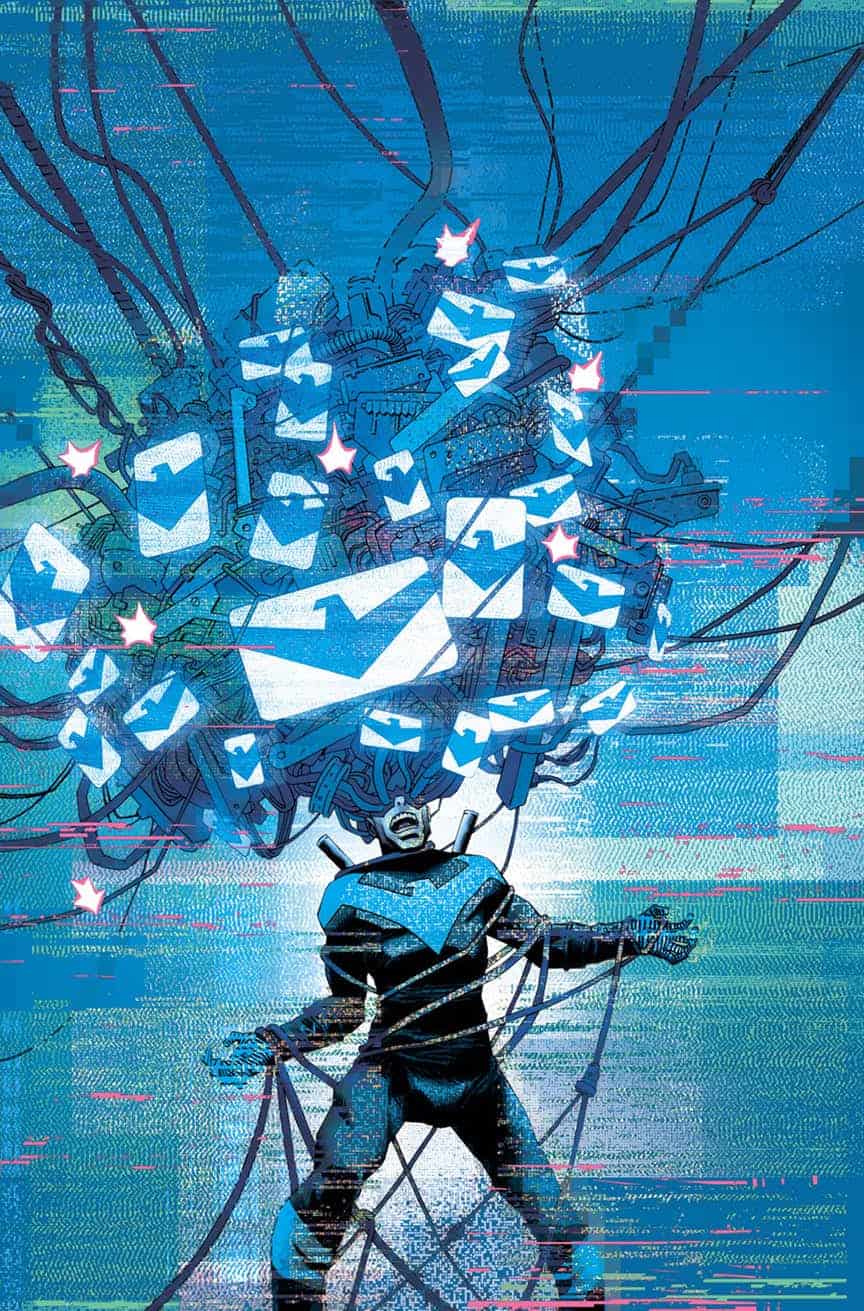 Hal Jordan and the GLC:

Darkstars! The rival corps was teased at the tail end of the Controller’s arc back in December, I can’t wait to see more of the rogue Maltusians and their brutal peacekeeping force! 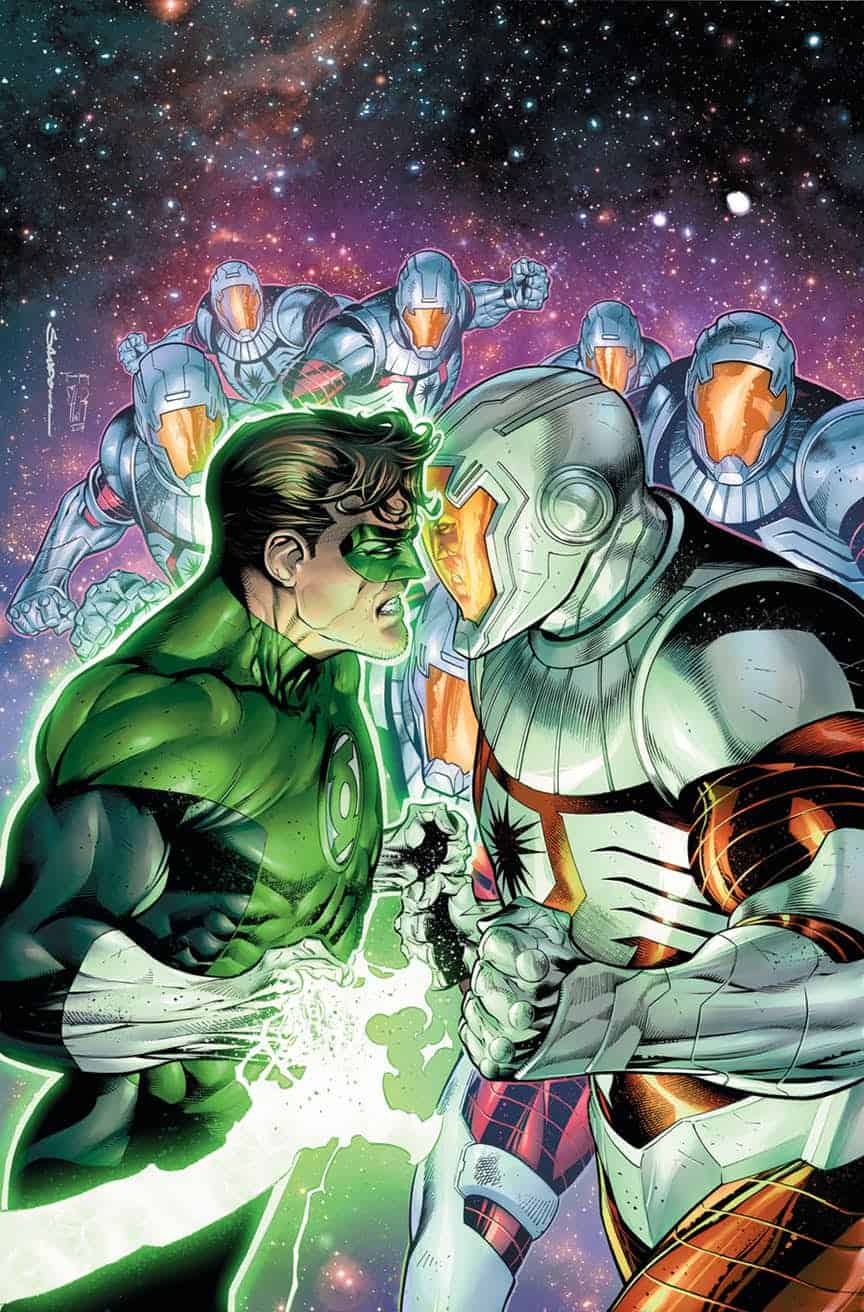 The Flash War is finally gonna start! Considering it’s between the two fastest men alive, this event is creeping up, maybe it’s just because I reeeeaaallly want to read it! 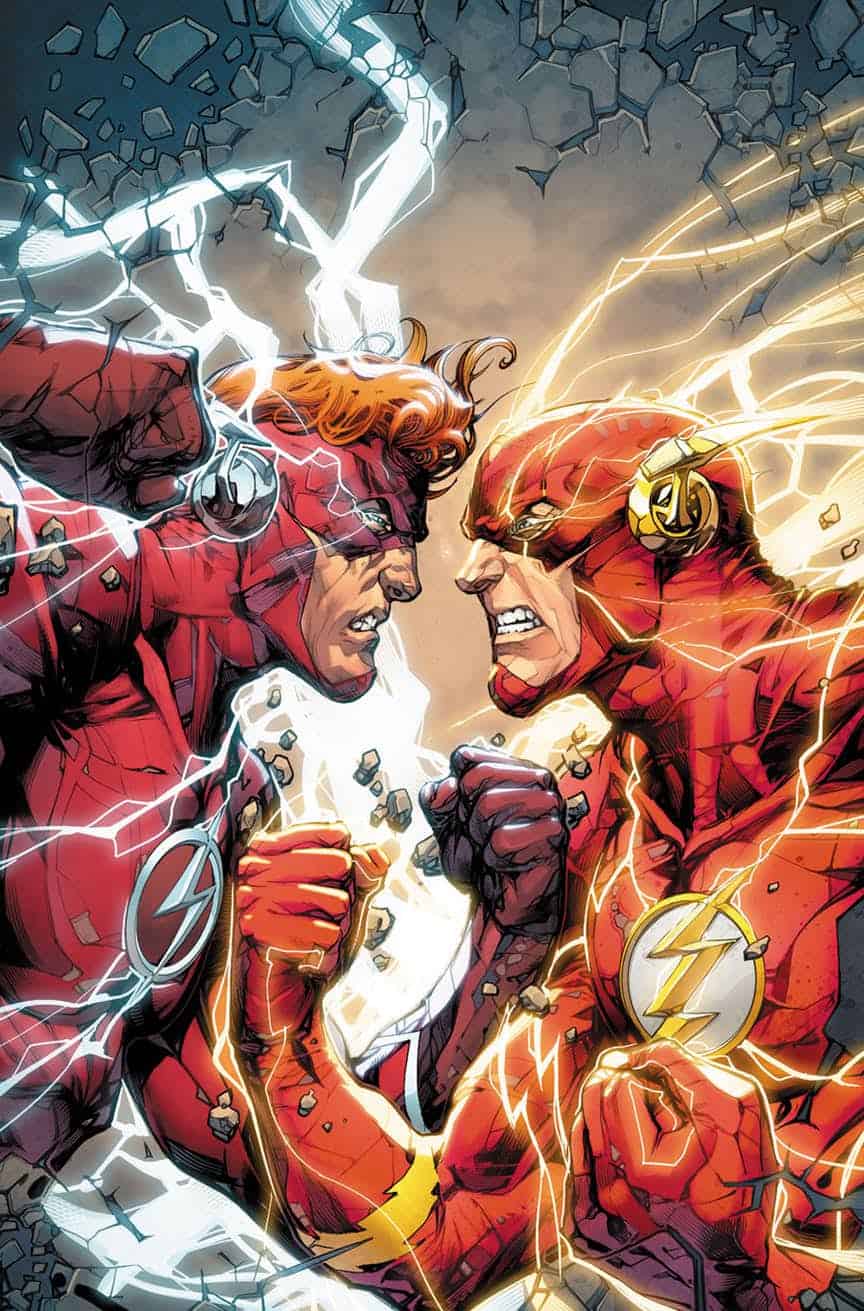 Deathstroke vs Batman, if nothing else, has some killer covers! I’m pretty excited for this event in general. 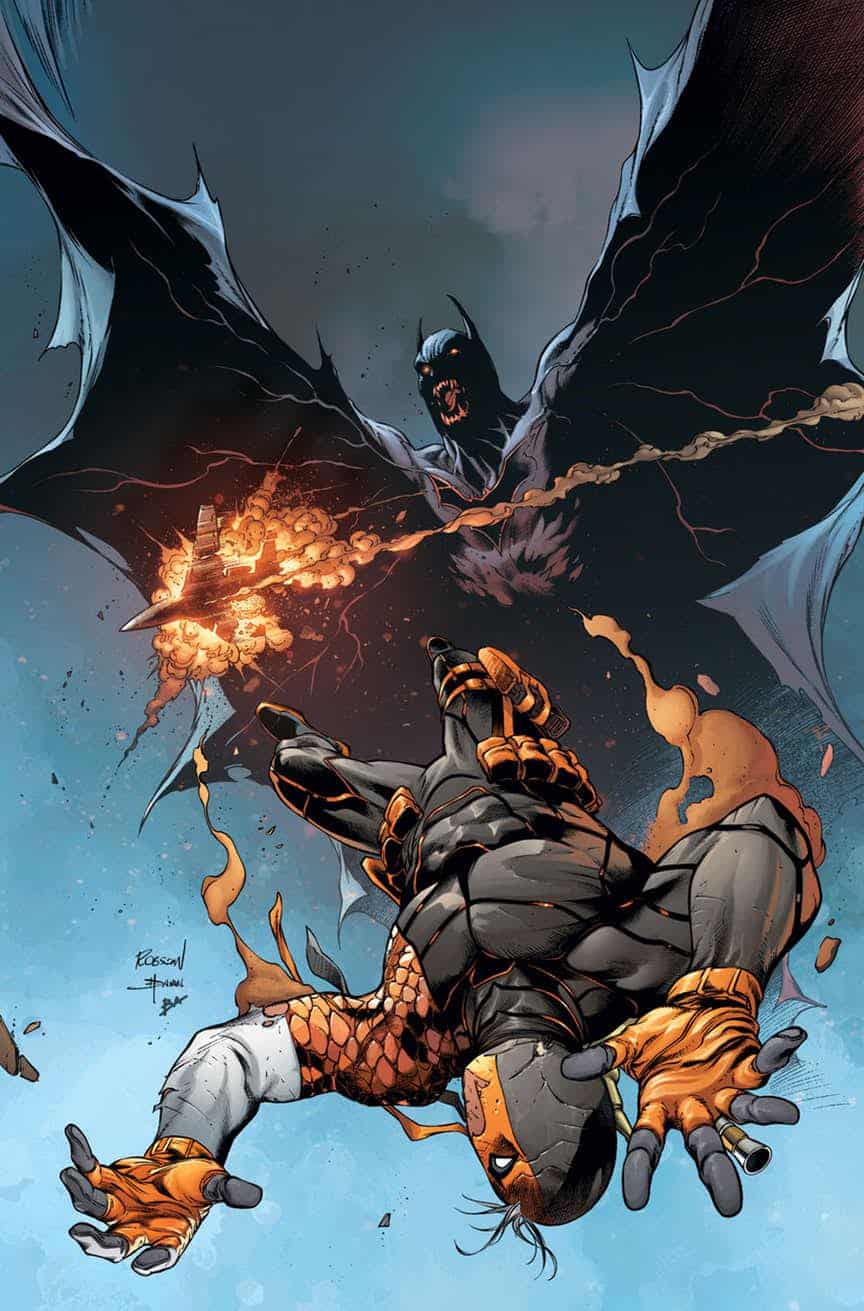 New Super-Man and the Justice League of China:

Deathstroke vs the Suicide Squad!

Ok, I’m pretty excited for this. Rob Williams’ Suicide Squad has been a ton of fun and this sounds rad. 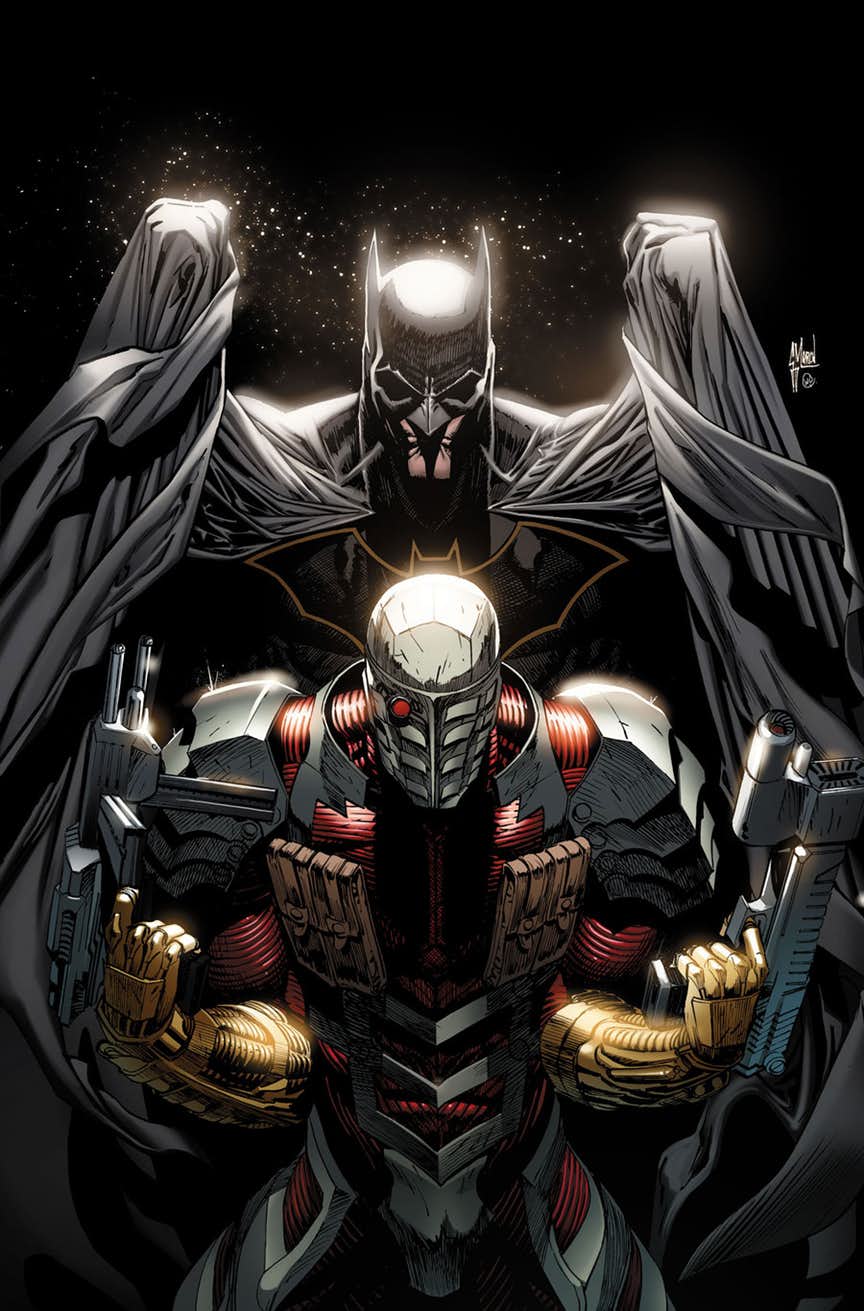 Following the events of Metal, Wonder Woman is trying to get answers from the Greek Pantheon of Old Gods, as the New Gods set their sights on Earth! 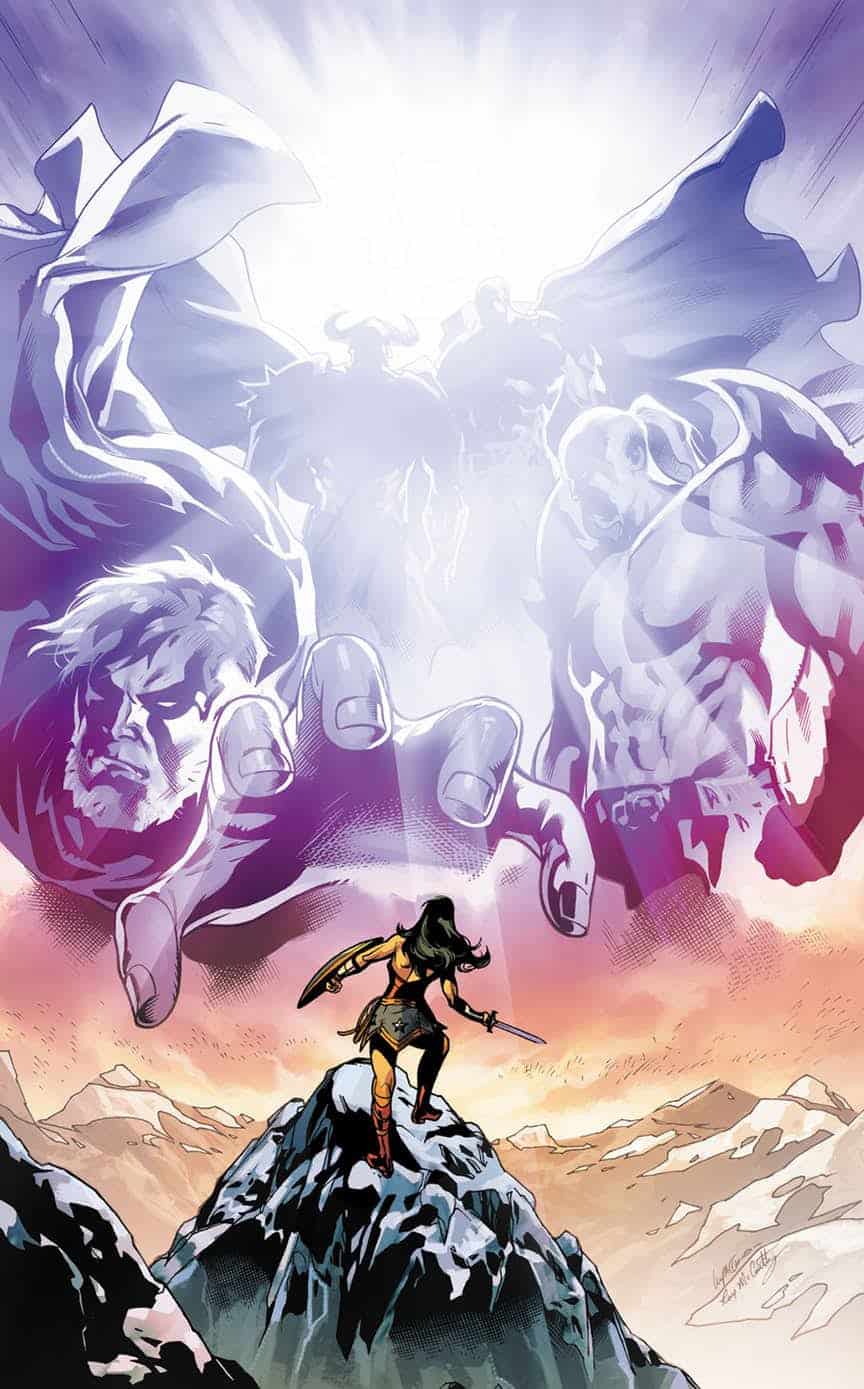 We love them for it! Can’t wait for Cave Carson has an Interstellar Eye, seriously, Wild Dog is my spirit animal. 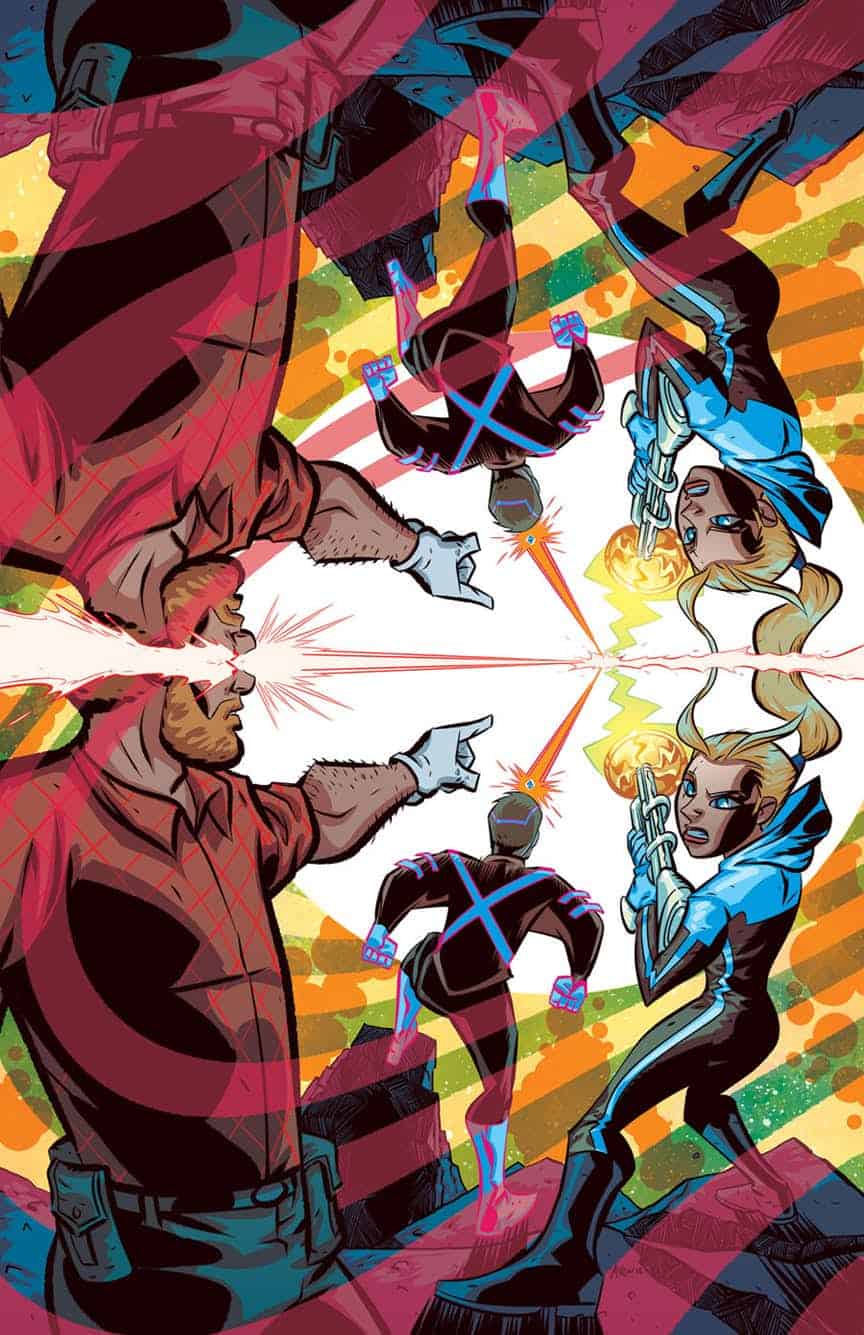 Terry’s brother is gonna become Robin Beyond, I KNEW IT! (Also killer cover) 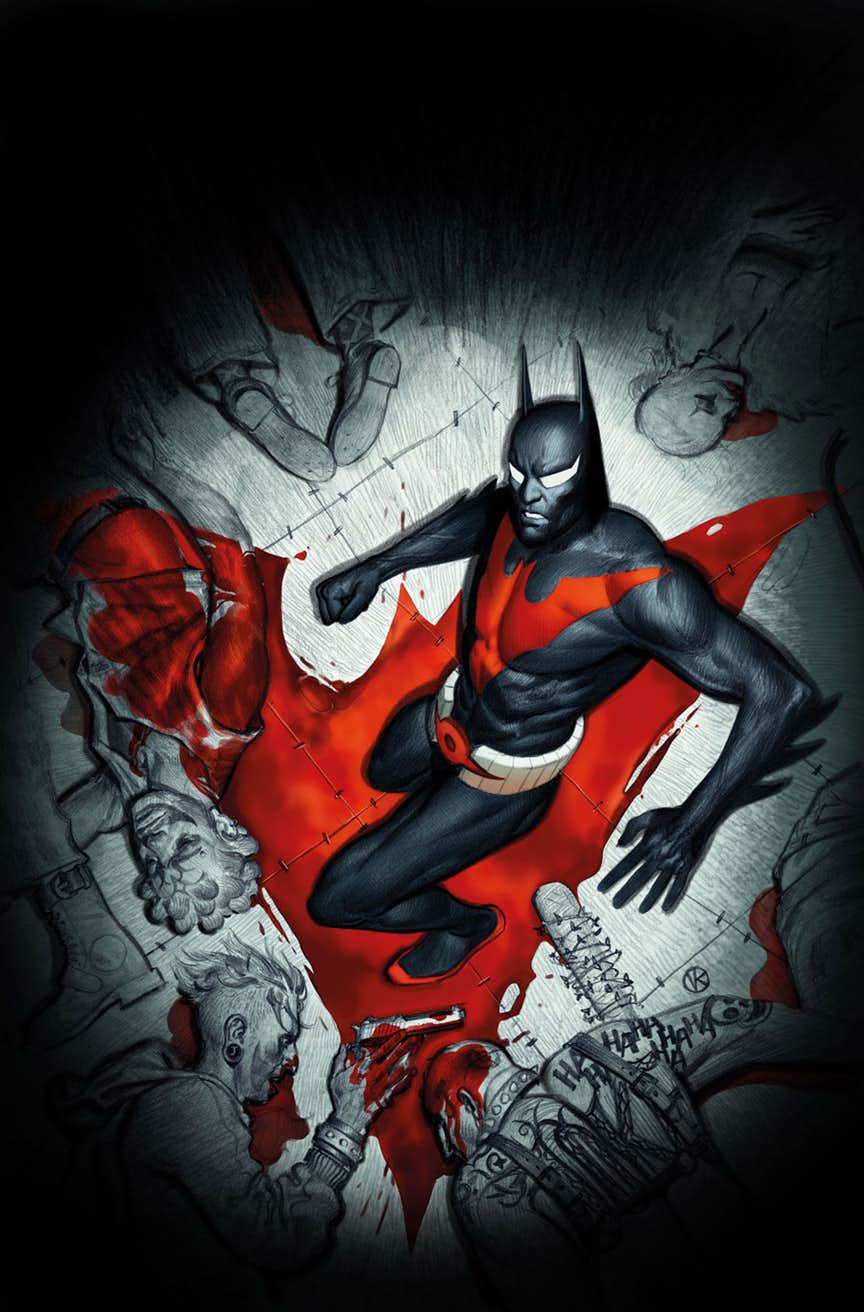 If, like me, you’ve stared at your monumental stack of Final Crisis trades and thought “man, if only someone would assemble all this in reading order and release it all in one book, everything would be ok.” Then you are in LUCK! Where were you the day evil won? Well now you’ll know, and you’ll know what happens in that one random tie-in title you didn’t read because you were 17 and money was tight! Things might be ok after all… 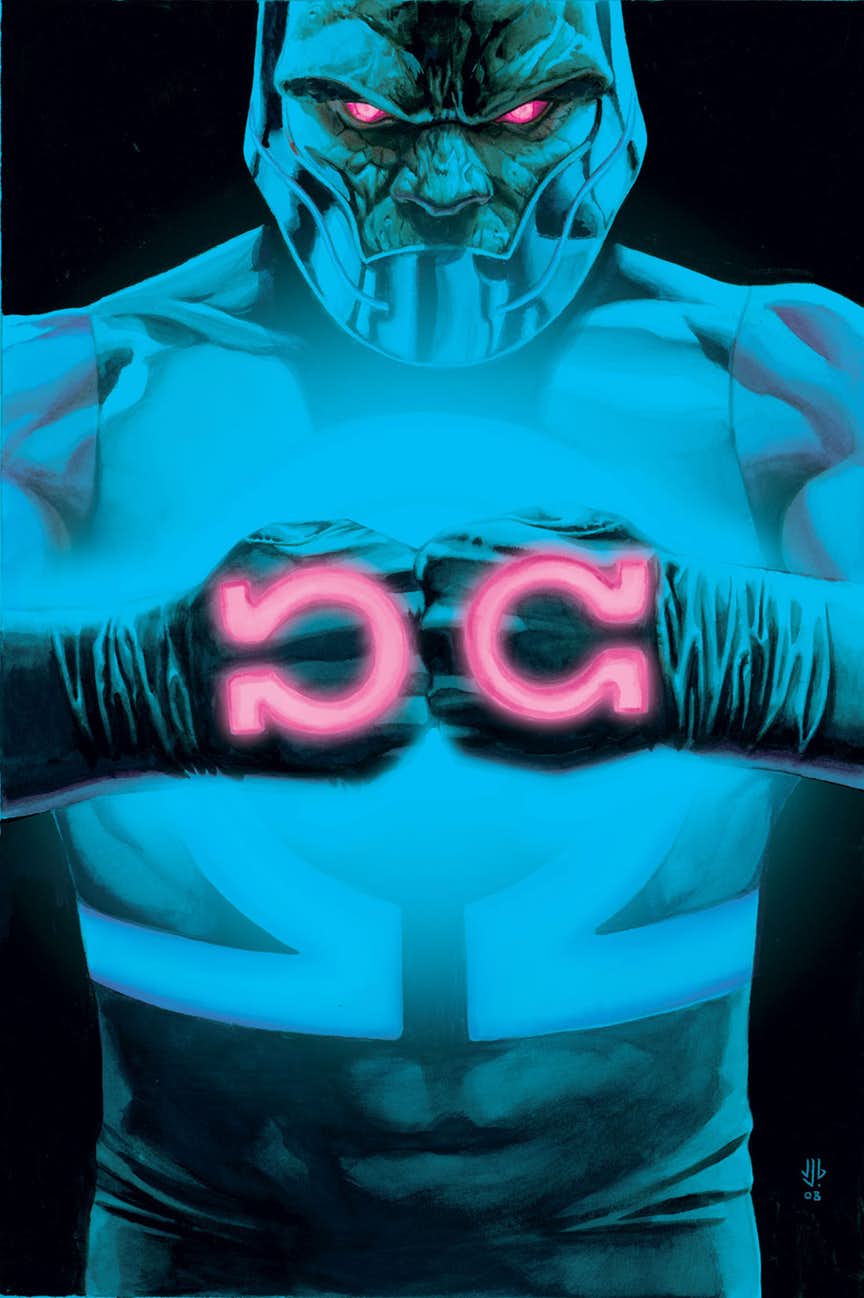 Did you like the art during Morrison’s Batman run? The man behind that (and dozens of other phenomenal works of literal art) had a pretty stellar run on everyone’s favorite assassin, and now it can all be yours! At only 75 bucks this is a steal of a deal for a big block of The Terminator’s New 52 run! 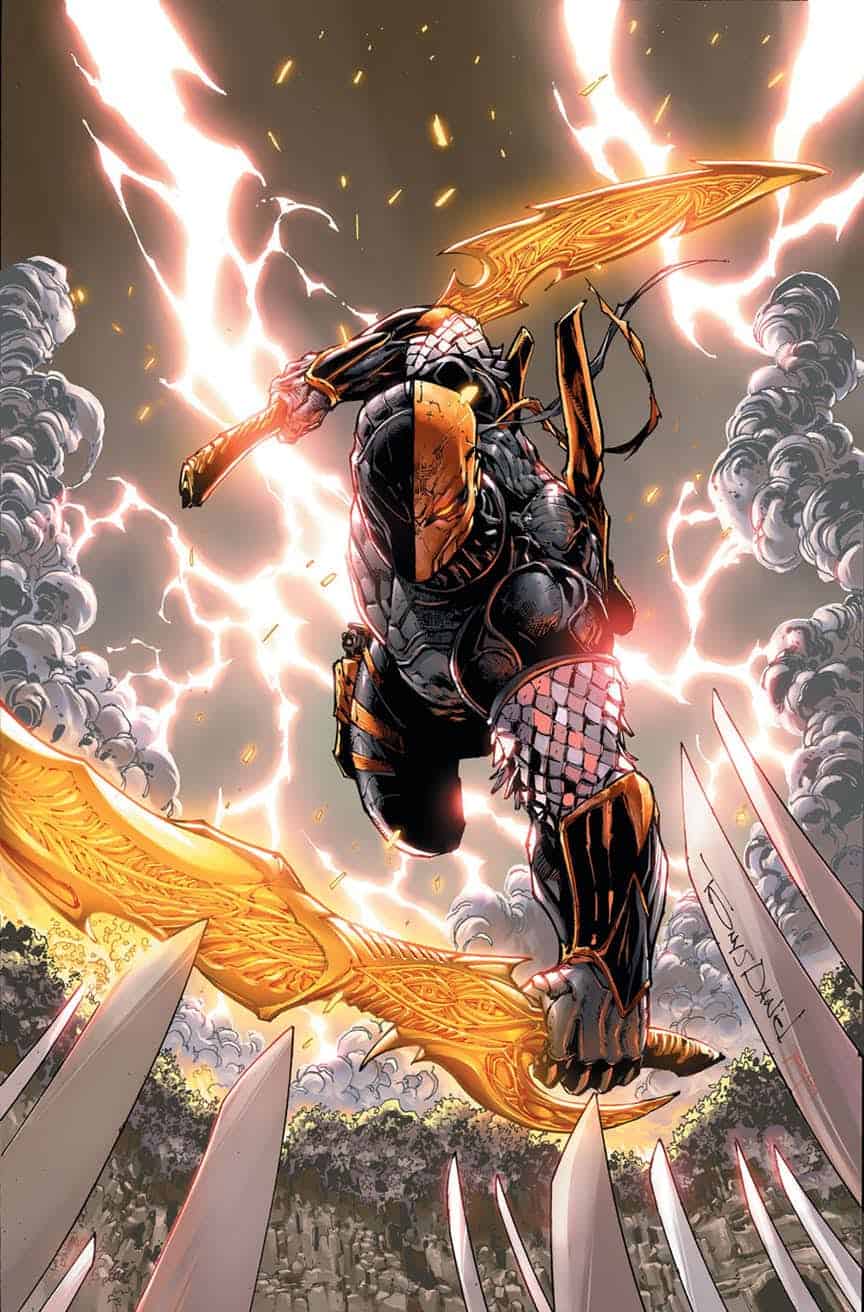 Remember all those rad Batman Halloween Specials in the 90s? Sure you do! (Ghosts was my fave) Well, those, The Long Halloween, Dark Victory and a bunch of other fantastic stories can be yours! 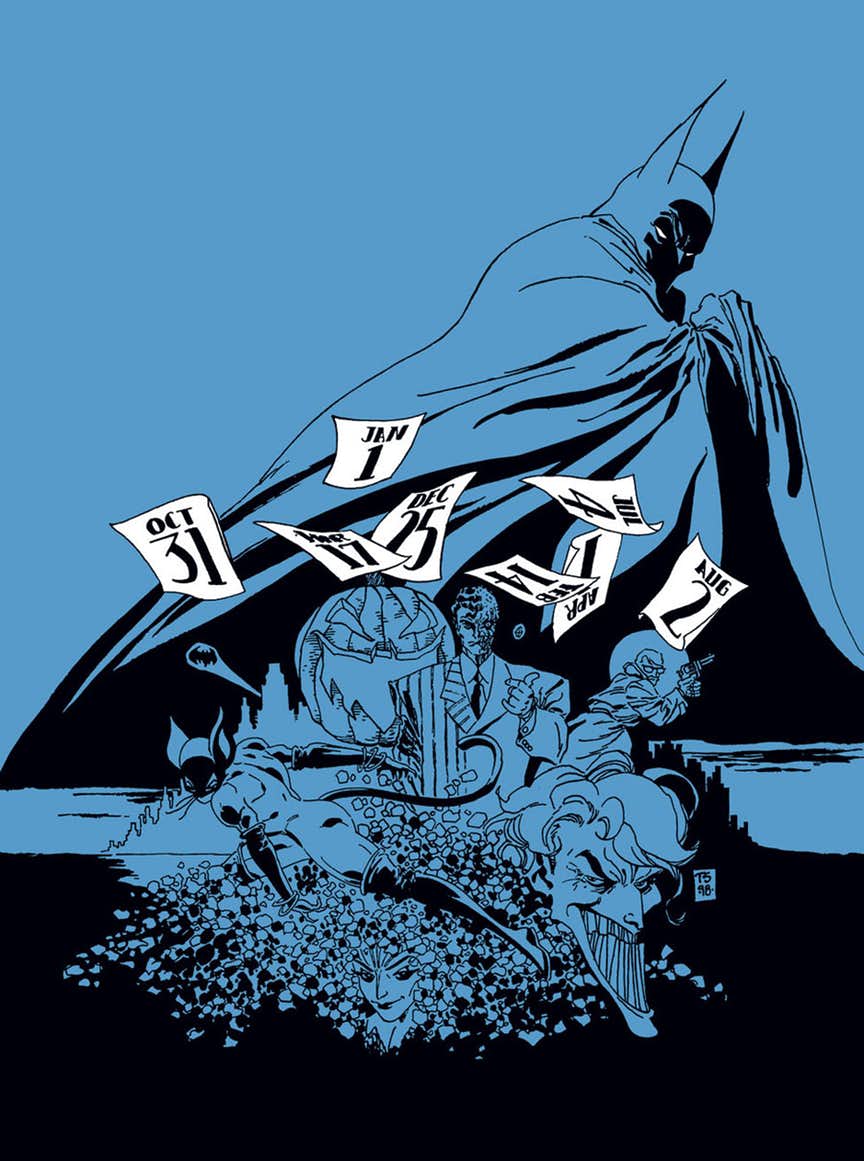 Batman: The Arkham Saga Omnibus HC
The comics inspired by the hit video game series, all in one place, seriously, this big boy is 1700 pages, do some leg stretches and set up a pillow, you’ll need it.

There were a bunch of toys announced as well, but I’m sticking with books, keep an eye on our Collector’s Corner for updates.