“Dracula of Transylvania:” An Interview with Ricardo Delgado

Joining us for a wonderful  discussion at Comic Watch, we have the opportunity to talk with Ricardo Delgado on his upcoming illustrated novel Dracula of Transylvania. This dark story is a retelling of Dracula from a very original and refreshing perspective. 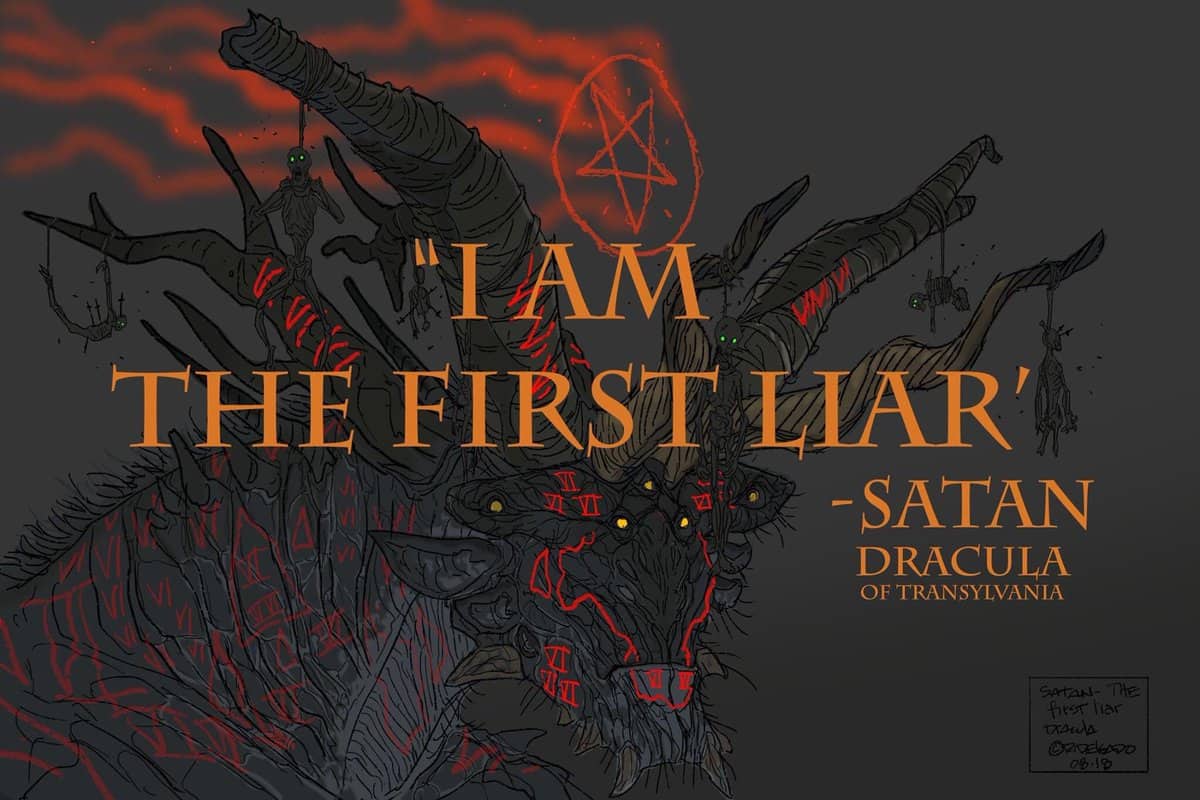 Comic Watch: With Dracula having such a long history with many different retellings how does this version differ from others?

Ricardo Delgado: I just felt that there was room for a version that expanded the visual possibilities while placing the story in a real historical context that informed the reader as they go along. Real history is fun to learn but tough to know and by that I mean that there was beautiful and horrific stuff that happened in 1899, in which my story is set, and I wanted the horror and beauty of that history to mirror the horror and beauty of the Dracula of Transylvania dark fairy tale or ghost story. Think The Exorcist meets Lord of the Rings. The weaving of this vampire story within real history and real places in history fascinated me, which is why I annotated much of the story to explain what folks ate in Paris in 1899 and which opera houses were open in Rome, stuff like that, but also to show that Dracula in this context is a grand villain, a conqueror, a shadow in history that has made the European continent tremble with fear for almost a thousand years. Dracula of Transylvania is Vader, Lector, Sauron and Thanos. Evil and omnipotent. A true badass. He has legions of rats, living skeletons, ghosts and other vampires at his disposal. This Dracula takes pleasure in conquering and killing. He’s a conqueror through history and Europe has trembled at his feet for almost a thousand years. He’s a taker, not a giver and certainly not a romantic. He’s a marauder.

CW: What was the process in building your take on this setting of Transylvania?

RD: Research, research, research! Yet along with that, finding ways to expand upon the Stoker story in a healthy way to make the story, the setting and the characters around Dracula even more supernatural, if that’s possible, and give him an even more expanded supernatural backstory. There’s other vampires in this book. Dracula’s brides are not left behind in this version, they come along and they suffer no fools. They are fierce, strong predators that don’t give Dracula an inch and make Bellatrix Lestrange seem like a soccer mom. Also, there’s demons, skeletons, armies of rats, ghosts and all kinds of fun, spooky stuff. Also, a working knowledge of the stuff that’s come before me really helps. The oldies, the classics. I’m a big M.R. James fan, the Victorian era ghost story writer, and my favorite story of his is “An Episode of Cathedral History,” which is pretty much a vampire story in my opinion. And I really enjoy Sheridan Le Fanu’s “Carmilla,” just a dark fairy tale that was a major part in starting off the whole vampire lore in literature. Kinda taking all that into the film realm, aside from the major vampire films two I appreciate are Carl Dryer’s Vampyr and as much as I love the original film, Herzog’s Nosferatu the Vampyre is in my opinion the Blade Runner of vampire flicks. All that stuff really helps in terms of familiarity when you want to rebuild or rebrand an existing story. So that’s what I bring to my story, a working acquaintance with the ghost story involving the undead, whether it be in print or moving picture form. That combination of the modern blockbuster roller coaster melded with the prose of the classic ghost story.

CW: How did you come to create your own vision of this Dracula?

RD: I thought the time had come to expand the known concepts of the Dracula story into a modern visual effects context within a novel, which is pretty ironic. I’d never seen the whole gamut of transformations possible for a vampire maintained consistently throughout a movie simply because it is so expensive. So what I did was to write that stuff into a model then utilize my skills as a Hollywood concept artist to bring these possibilities forward as part of this book. A very unique thing. My elevator pitch to Clover was Art of Star Wars meets Salem’s Lot. And it worked! You’ve seen nothing like this. Nothing. Excited to share with everyone. Can’t wait.

CW: Did any previous works of yours inspire you for this story?

RD: I’d say that a lot of art history inspired this take. But it was also my experience as a concept artist in the film business that made me want to see new visions, new versions of this classic character. So I created this lavish world in prose and furthered all that with characters, environments and ideas that correspond to the novel I wrote, and any good concept artist takes great pains to create something that has not been seen before, and I feel like I’ve done that. Especially proud of the demons I’ve conceptualized for this story. If you’re a fan of all that stuff you’ll love all this.  Many artists influenced me through time and for this project, but I knew how the landscape paintings of Atkinson Grimshaw made me feel or how the portraits of John Singer Sargent sometimes look supernatural to me. There’s even an allusion to Sargent in my book when the brides materialize in Whitby, where the observer sees them shimmer and their colors mix all over each other like a Singer portrait. There’s a red-hued portrait of a woman that Singer came up with and she looks just like a ghost. Beautiful and haunting at the same time. This story is all about the haunting aspect of horror, all at a terrific, fast pace.

This amazing story is currently being backed on Kickstarter. If you would love to support this magnificent reimagining of Dracula here is a link below!

"Dracula of Transylvania:" An Interview with Ricardo Delgado