I’ve been extremely lucky to have my second interview ever, and first with this site, to be with two amazing people! Tres Dean, one of the talents behind the new and successful kickstartered graphic novel; Eternal Warrior: Scorched Earth! And I also got a chance to chat with Nic Osborn, the Marketing Coordinator at Valiant Entertainment. Where we talk about everything from Kickstarter to what’s coming up at Valiant! 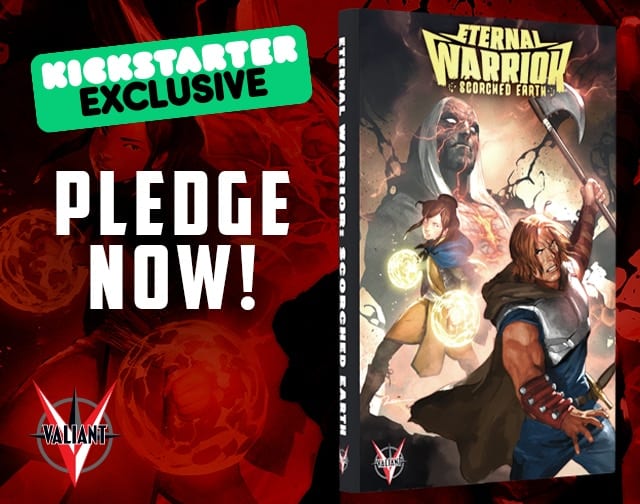 Hello, Tres! Thank you for taking the time to speak with me. This is your first
step into the Valiant Universe, how do you prepare for something like this, with such a big,
expansive universe?

My pleasure! Honestly, it’s just a lot of reading and a lot of research. I’m pretty
lucky in that I’ve read plenty of Valiant books over the years, so it’s not like I came into the project cold in terms of familiarity. Still, I had plenty of blind spots so I wanted to make sure I filled in any necessary holes in my knowledge. I also revisited a few favorites like THE VALIANT and WRATH OF THE ETERNAL WARRIOR.

CW: Given the loss of the last Geomancer, we haven’t really had a lot of experience
with Eternal Warrior and the new Geomancer, Tama. How much have they grown in the time
since we saw them last?

DEAN: In ETERNAL WARRIOR: SCORCHED EARTH we’re seeing Tama growing up in real time. She’s entering her teen years and that comes with everything you’d expect: questioning authority (namely Gilad’s) and an increasing need for some sort of independence and autonomy. Gilad isn’t exactly a super chill Cool Dad type so obviously he’s struggling with it. And at the same time, Gilad is reaching this point in his journey as Eternal Warrior where he’s starting to question whether or not his efforts over the last few thousand years might all be for nothing. The deck is stacked against him, he feels, and maybe trying to serve the Earth and humans alike is a moot point – humans seem to have so little regard for the Earth, after all.

CW: You’re introducing a new big bad to the Valiant Universe in ETERNAL
WARRIOR: SCORCHED EARTH named Raze. He looks amazing, but how big of a bad is he?
Will he be shaking up the Valiant Universe, and will this original graphic novel have some cool
guest stars?

DEAN: To your question regarding guest stars, I absolutely don’t want to spoil anything so I’ll just say that yes, there will be at least one familiar face in ETERNAL WARRIOR: SCORCHED EARTH. As far as Raze goes, I’m going to be honest with you: I don’t see Raze as a villain and I don’t think Raze does either. To say that they’re the Valiant Universe’s newest big bad, for reasons that will become clear to readers once they start reading the book, doesn’t feel totally accurate. Raze is a force of nature, quite literally. And they’re a force of nature that happens to be on a collision course with the Eternal Warrior, a force of nature in their own right. 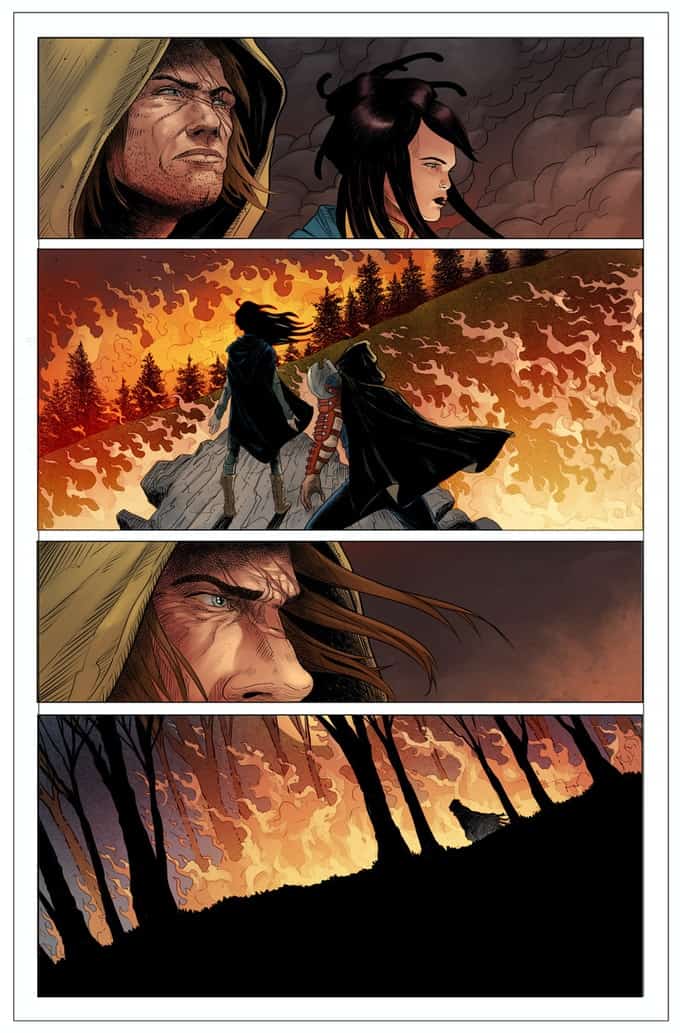 CW: My first question, Nic, is about Kickstarter. Is this really just another amazing way to
get comics into as many hands as possible? Why Kickstarter and why now?

NIC OSBORN (OSBORN): The motivation behind Kickstarter from the beginning has always been to connect more directly with our fans. Valiant’s fan engagement has been crucial since its inception and our debut Kickstarter campaign for our first original graphic novel ETERNAL WARRIOR: SCORCHED EARTH represents the next evolution of that engagement. It’s clear fans want more of the ETERNAL WARRIOR and Kickstarter is the perfect platform to bring our community together and deliver on exactly that. 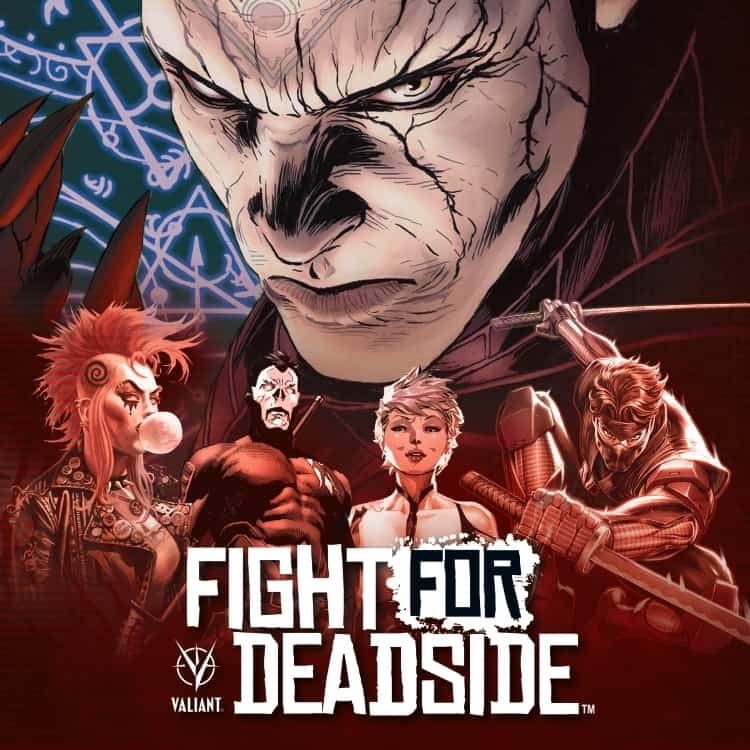 CW: Valiant announced a while back another amazing Kickstarter, the FIGHT for
DEADSIDE tabletop game! As a HUGE Shadowman fan, I’m very excited. Any news on when
we can see that starting up? And have you played any part of it yet? If not, let’s get a session
going asap! Haha.

OSBORN: It’s true! We have the Valiant: FIGHT for DEADSIDE tabletop game coming up very soon on Kickstarter. While I can’t reveal the date just yet, I can say that I have played it and fans are going to love it. Entering the iconic Deadside with your group of heroes from the Valiant Universe has never been more exhilarating. Bring some friends to join the fight though, because facing down Master Darque and winning doesn’t come easy! I’ll be looking forward to joining the fight with you when it releases! 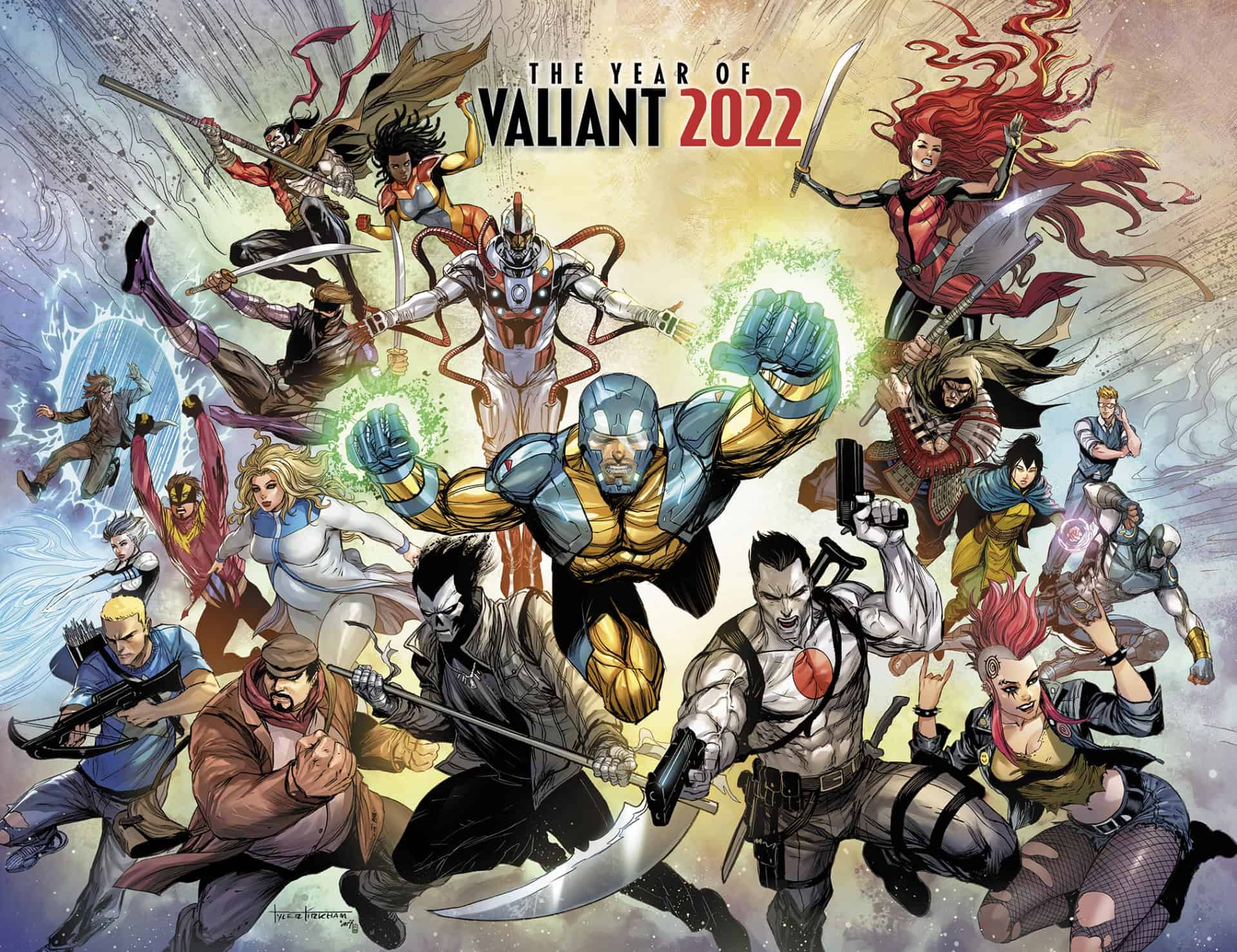 CW: Lastly, Valiant has been heading in such a new direction lately with some
amazing runs like X-O MANOWAR, SHADOWMAN and THE HARBINGER. What else is on the
docket to come out soon?

OSBORN: Without getting into spoilers, we have an incredible lineup for fans as we enter the Year of Valiant in 2022. With SHADOWMAN returning in January for the new epic event the Deadside War, we are thrilled to bring back the fan-favorite character PUNK MAMBO, but it doesn’t stop there. There might even be an exciting connection to the upcoming tabletop game as well! With plenty of fun surprises in THE HARBINGER as Peter Stanchek takes on the role of a superhero, even more new titles and so much more to be announced soon I honestly can’t wait for fans to see what’s in store. There’s never been a better time than now to #StayValiant!

I want to thank both Nic and Tres for letting me interview them! As a huge Valiant fan, this was like getting a holiday gift and birthday gift all in one. I’m excited for what 2022 is going to bring to the Valiant Universe, and like Nick said “#StayValiant!”

It has less than 30 hours remaining! So back this project while you can!