The Marvel Universe as you’ve never seen it before from Tom Taylor and Iban Coello reaches it’s epic conclusion in DARK AGES #6 from Marvel Comics.

The Watcher has been watching for has happened and now a danger older than the Earth threatens everything. For once, the heroes who have saved the planet so many times are almost powerless in the face of it. X-Men and Avengers assemble. Spider-People and Fantastic Four come together. Heroes for Hire fight alongside Champions. None of it will be enough. The lights are about to go out.

The world outside our window…is about to end in a Dark Age. 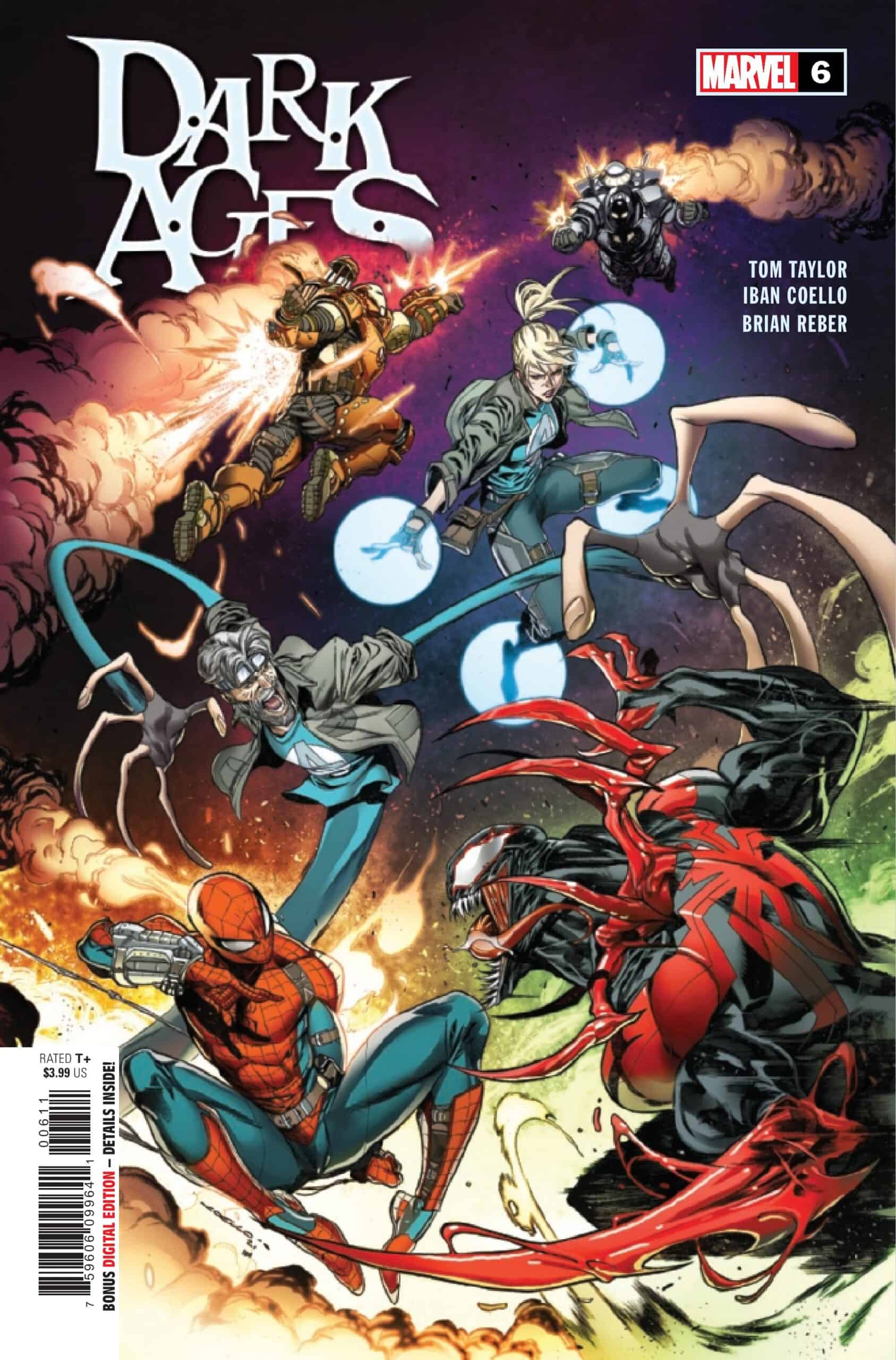 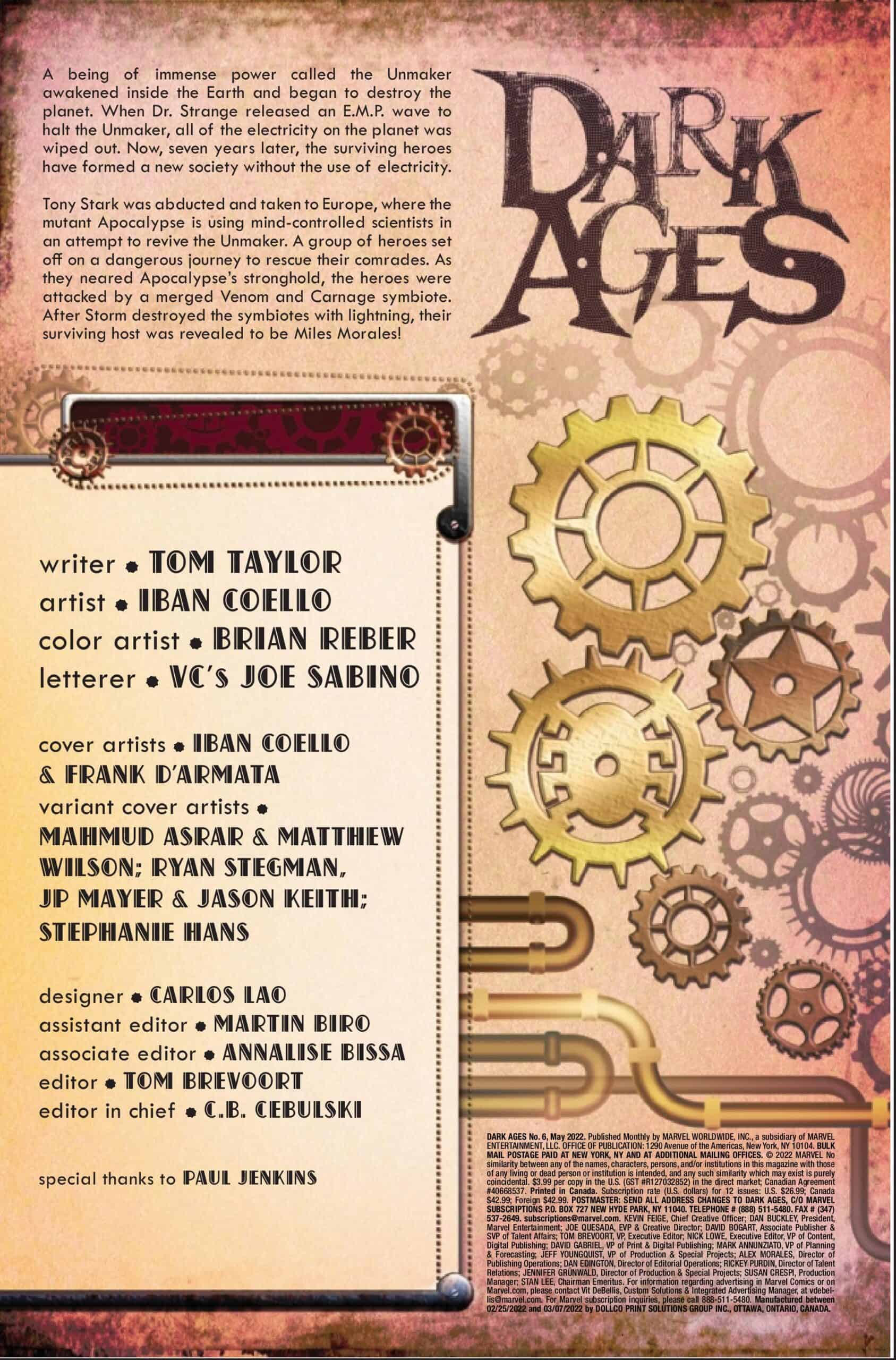 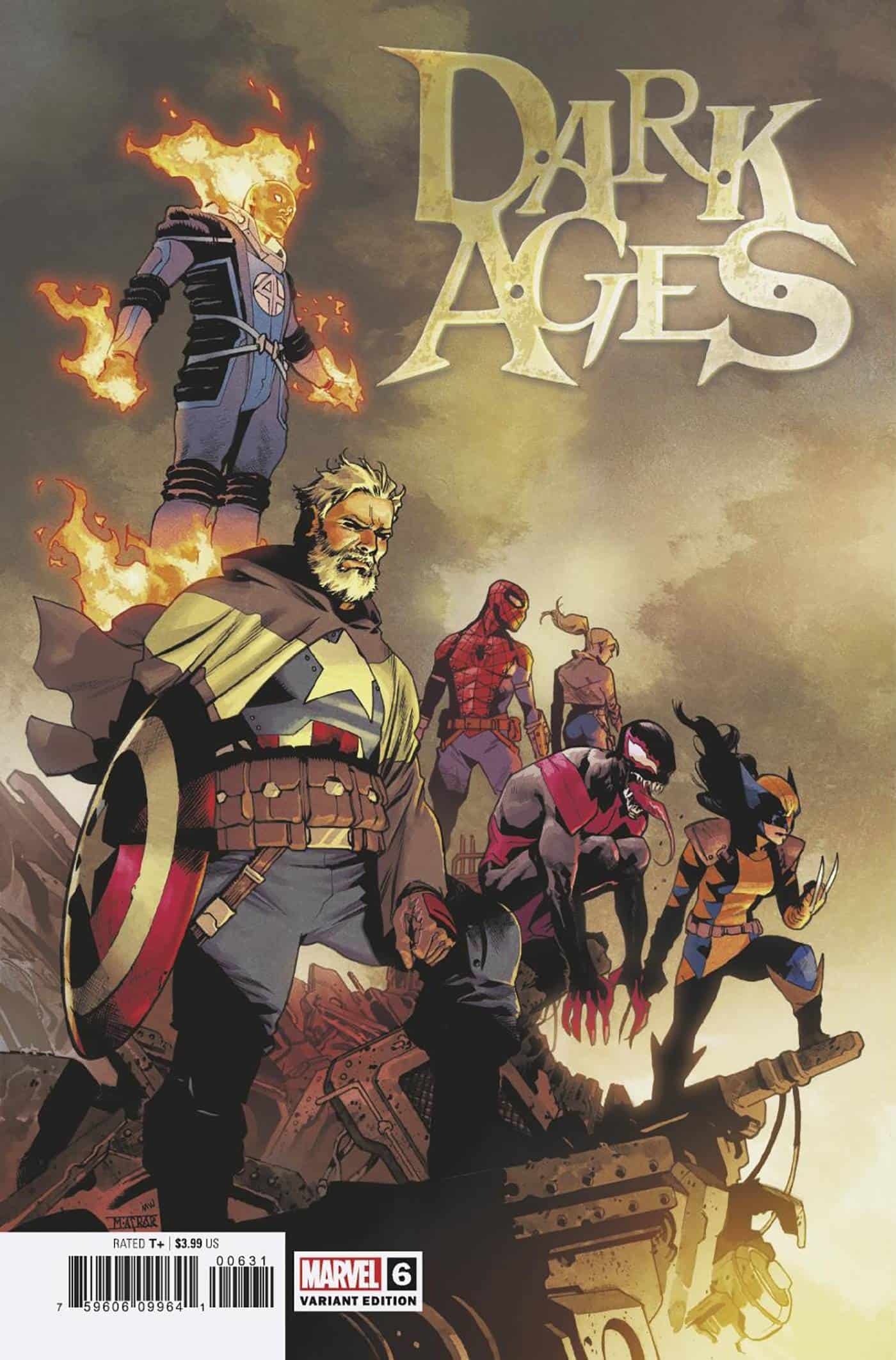 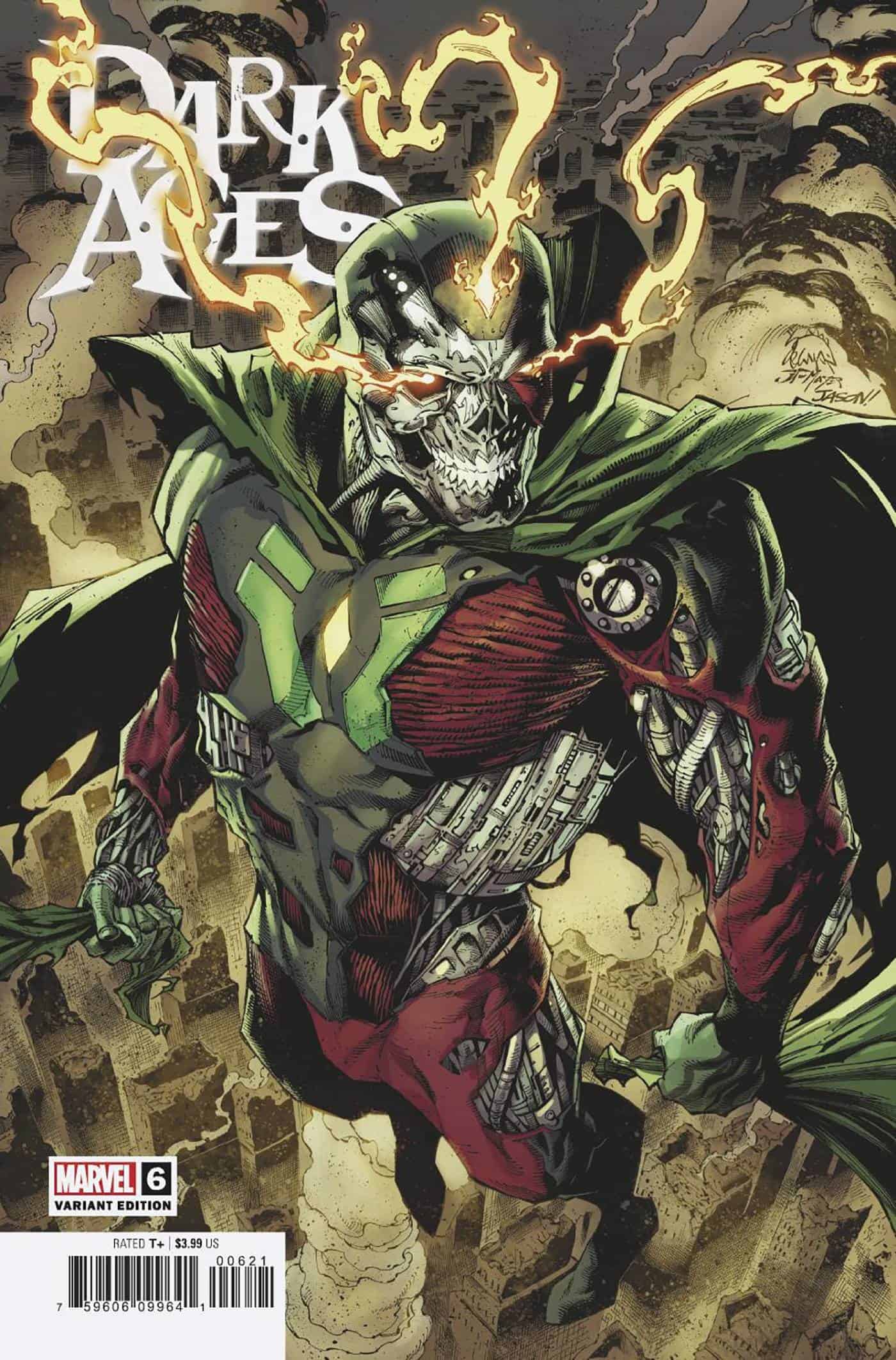 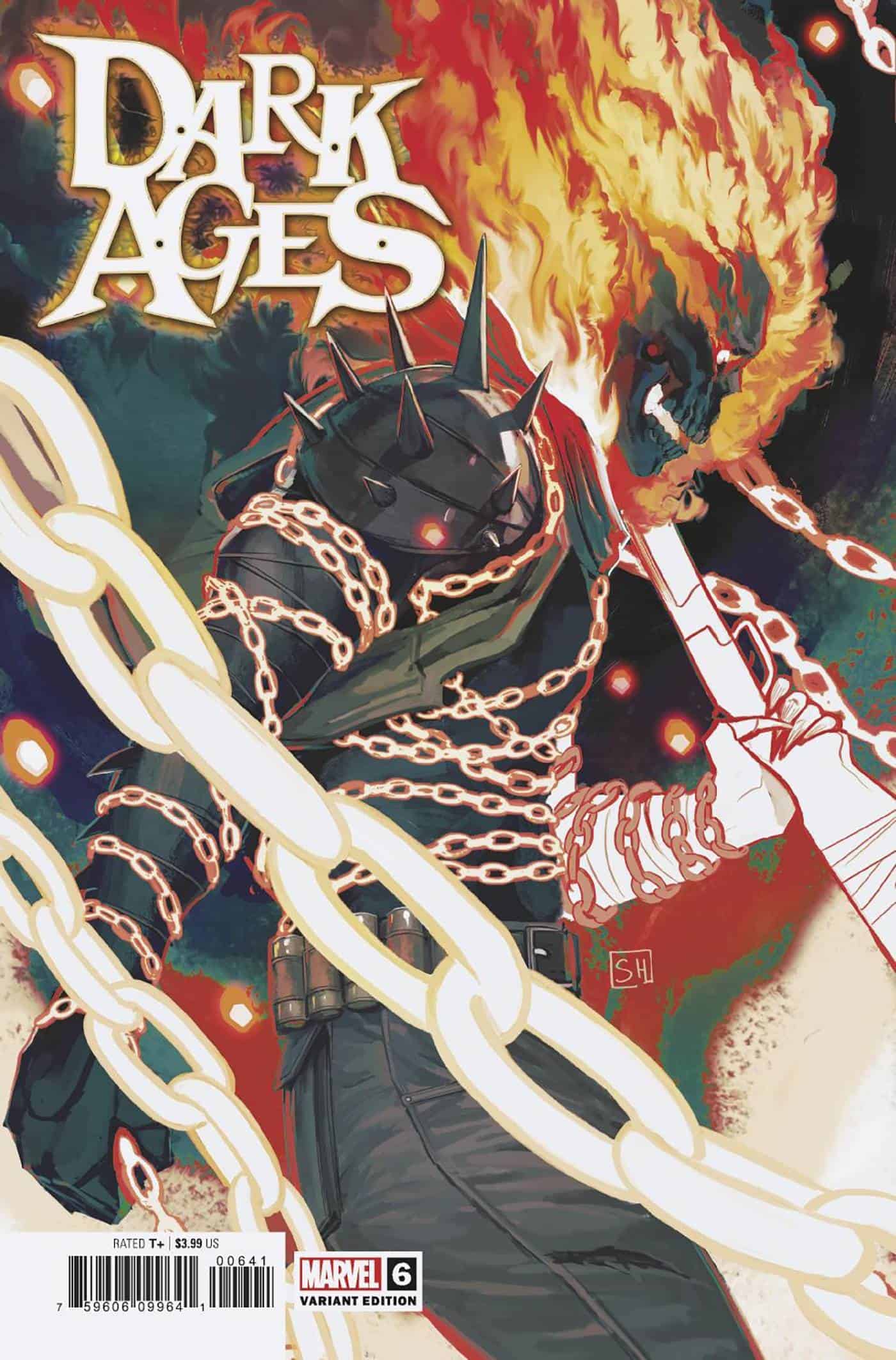 All the sacrifices made on the day the world went dark could be for nothing if Apocalypse has his way. Some of the greatest minds on the planet have been enslaved by the tyrant and are working on a plan that could end in annihilation. Will our heroes, fighting for their loved ones and lost ones, be able to stop Apocalypse and his forces, or could the world end again?

The story about when the lights went out in the Marvel Universe reaches the epic conclusion in DARK AGES #6, out on shelves and digital platforms on March 30, 2022, from MARVEL COMICS.