Years ago, when Robin took his first uncertain steps away from Batman as his own hero, Superman stepped in and offered Dick Grayson crucial advice, support, and a name: Nightwing. Now it’s time for Nightwing to return the favor! Nightwing #89 (2/15) and Superman: Son of Kal-El #9 (3/8) will cross over in a two-part story by Tom Taylor, Bruno Redondo, Adriano Lucas and Wes Abbot!

But before Nightwing and Superman team-up in current continuity, fans will get sneak peek into their past! Below, take a look into a flashback scene with Dick Grayson and Jon Kent… plus Batman and Superman! This is a World’s Finest Dads (and a World’s Finest Sons) moment! 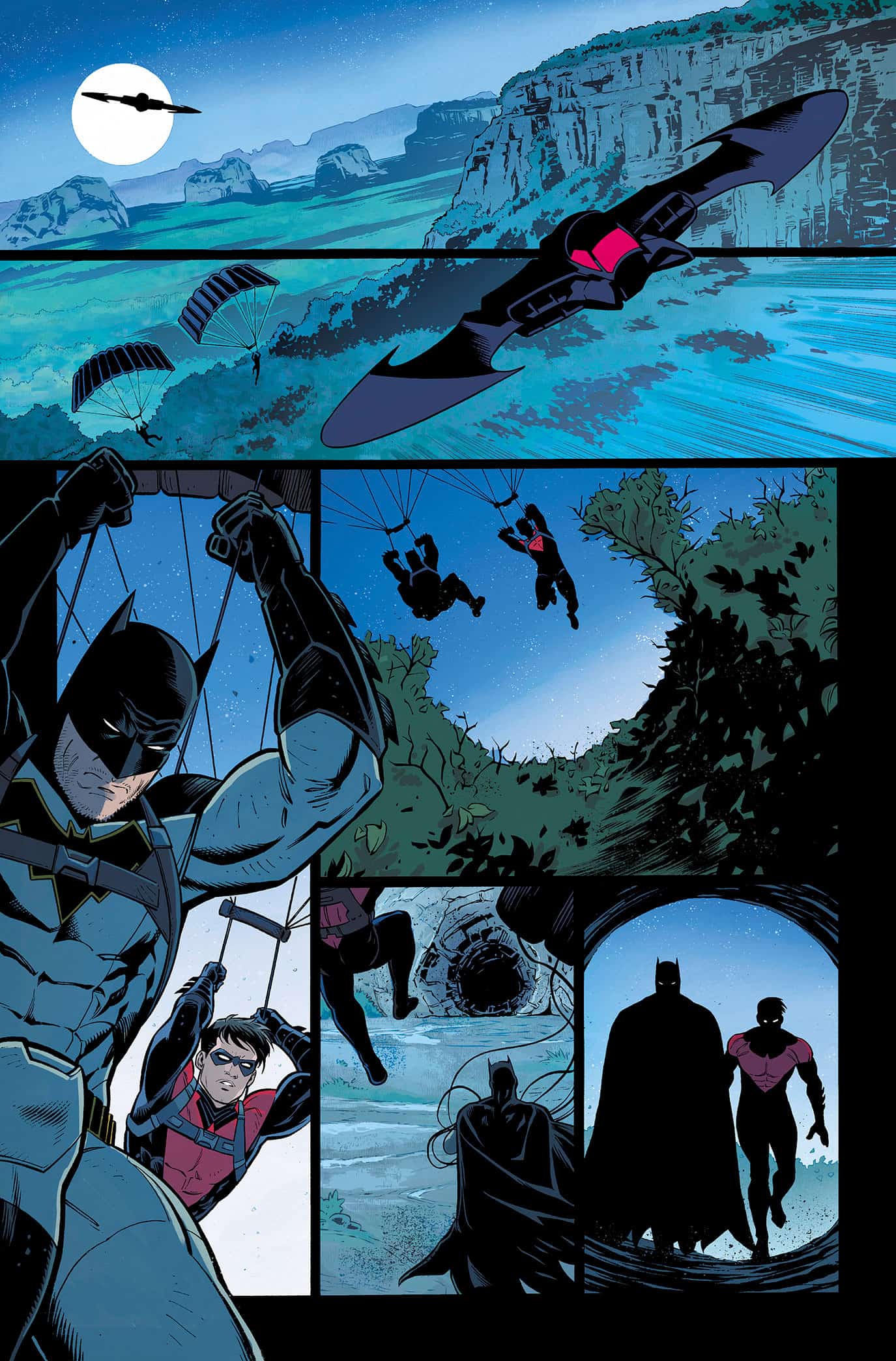 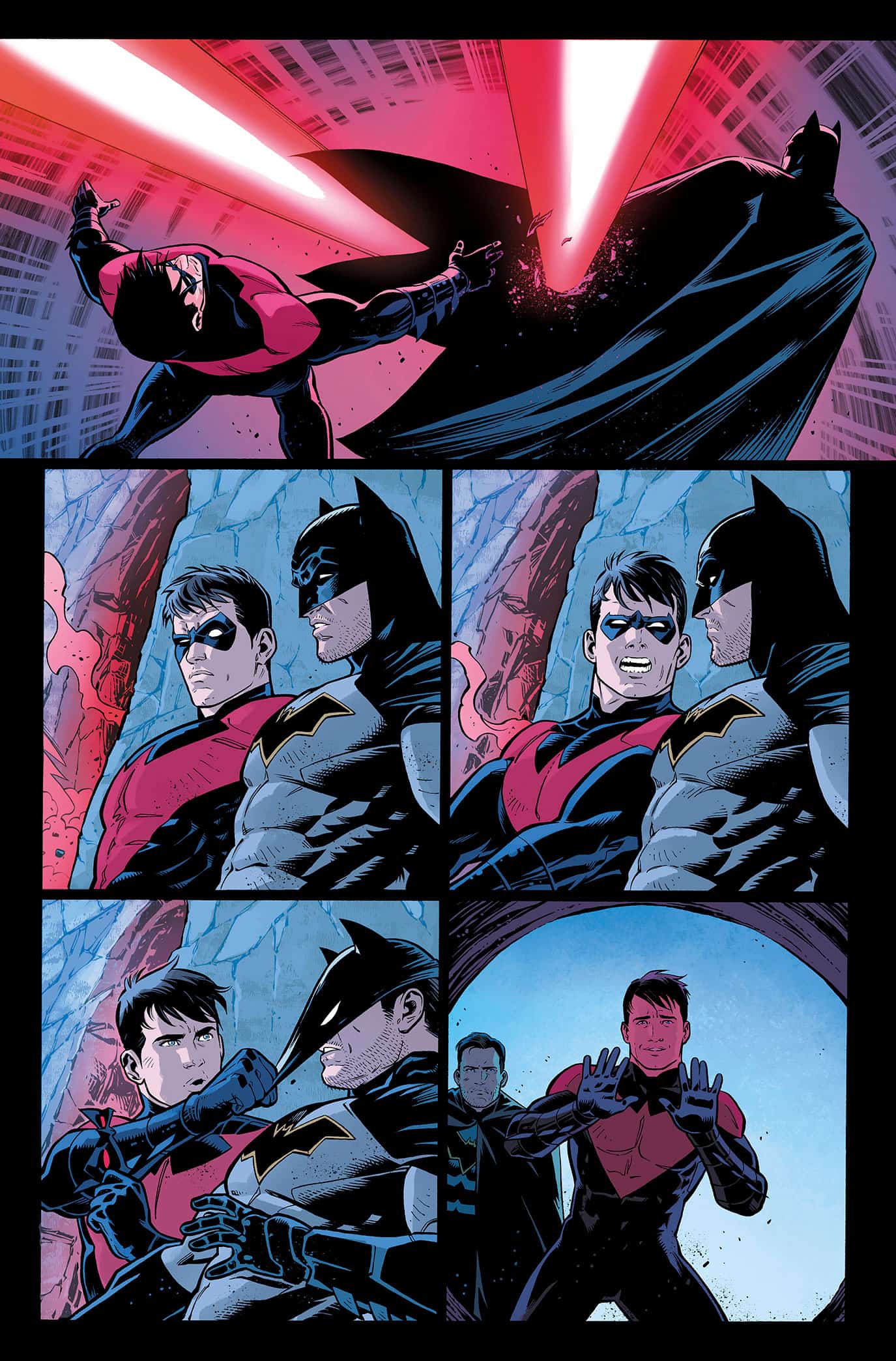 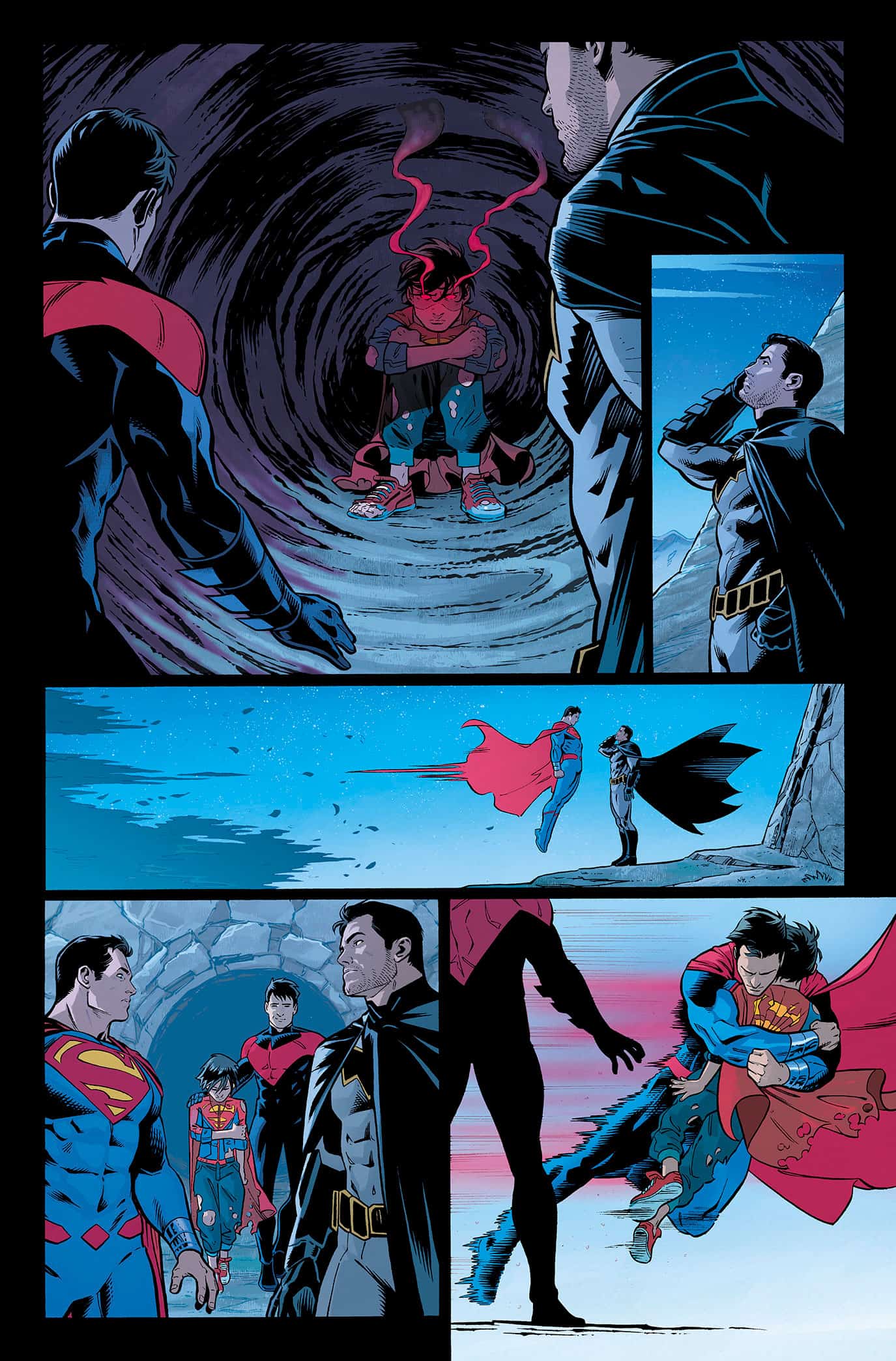 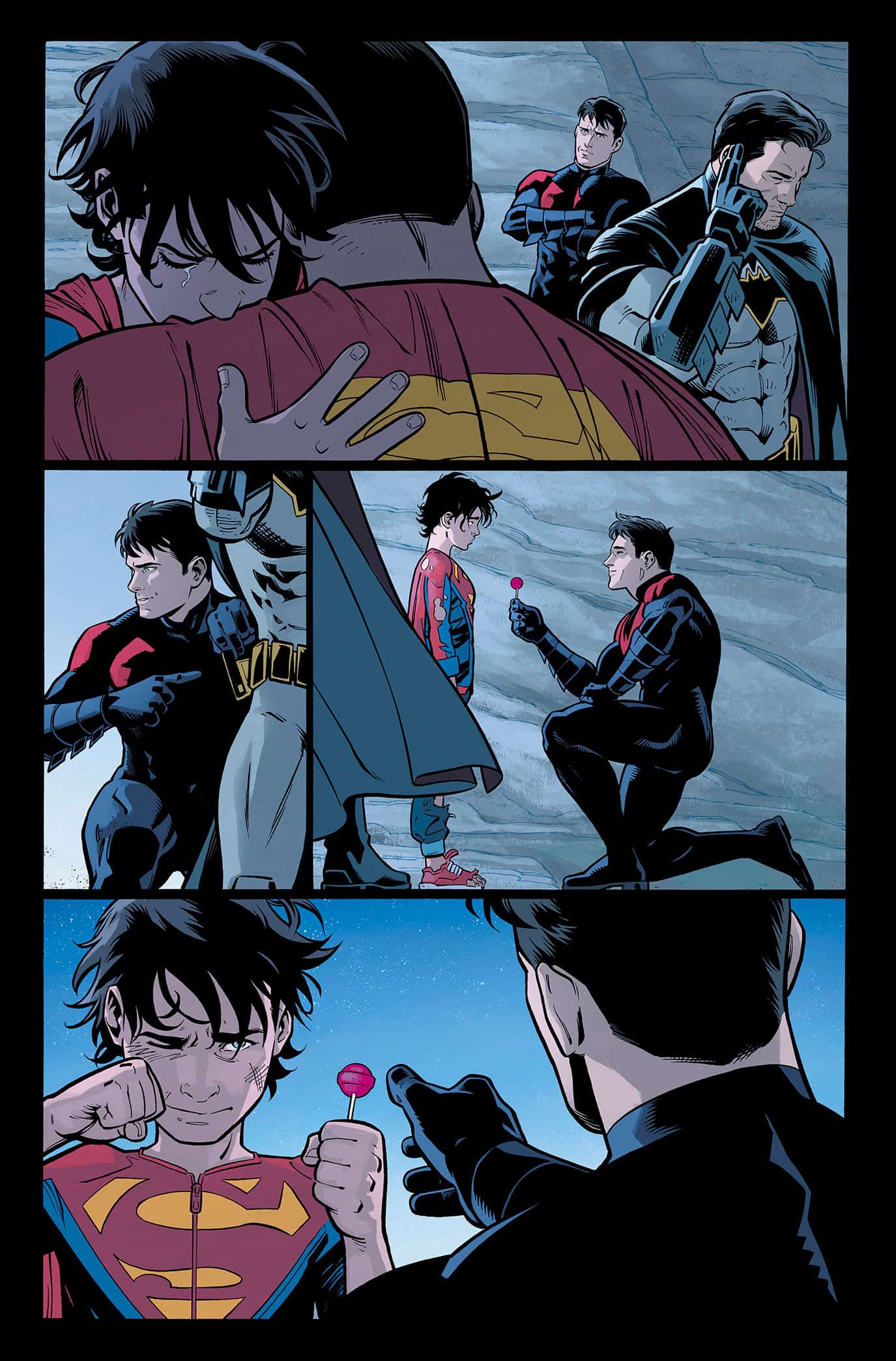 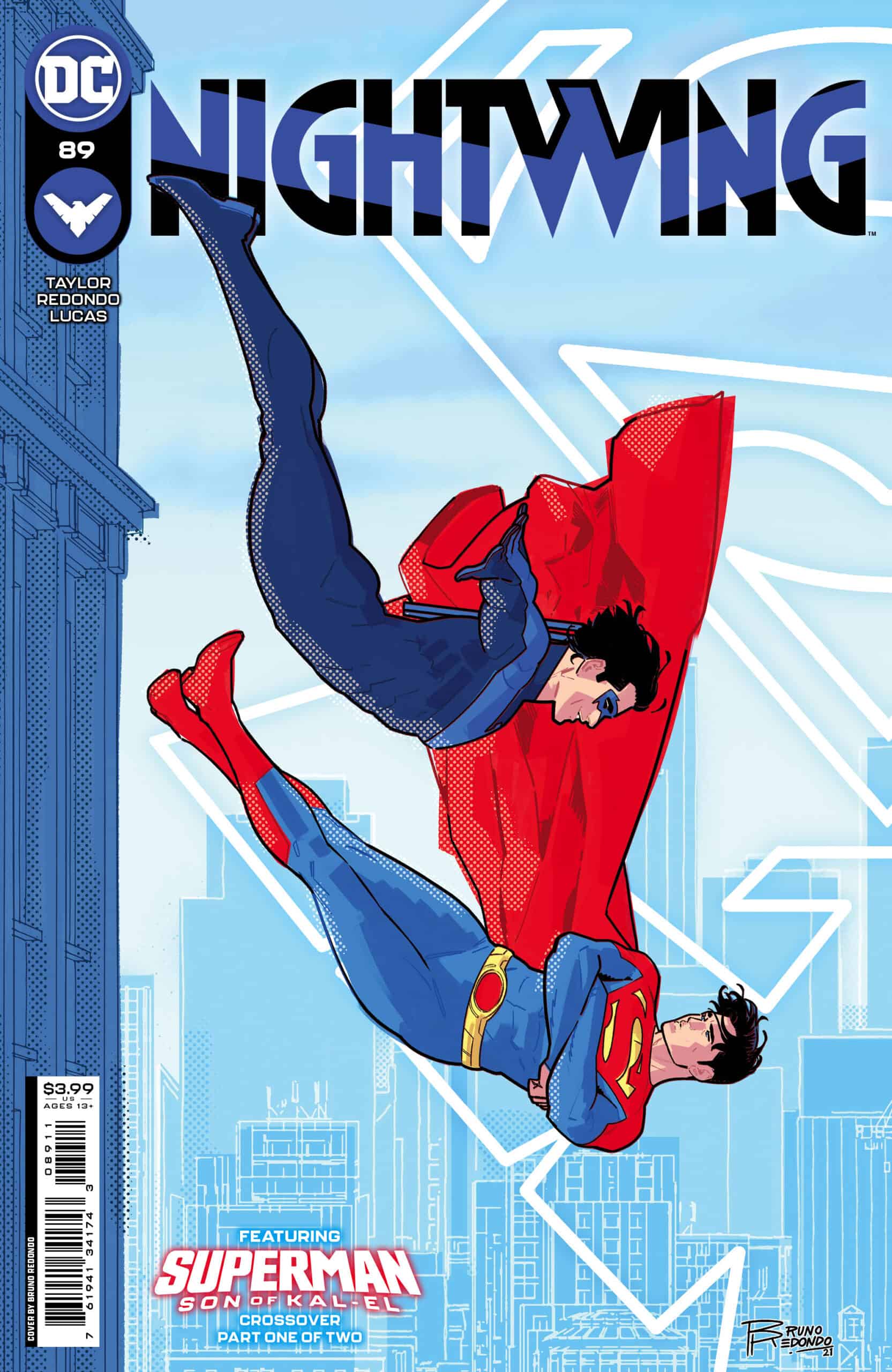 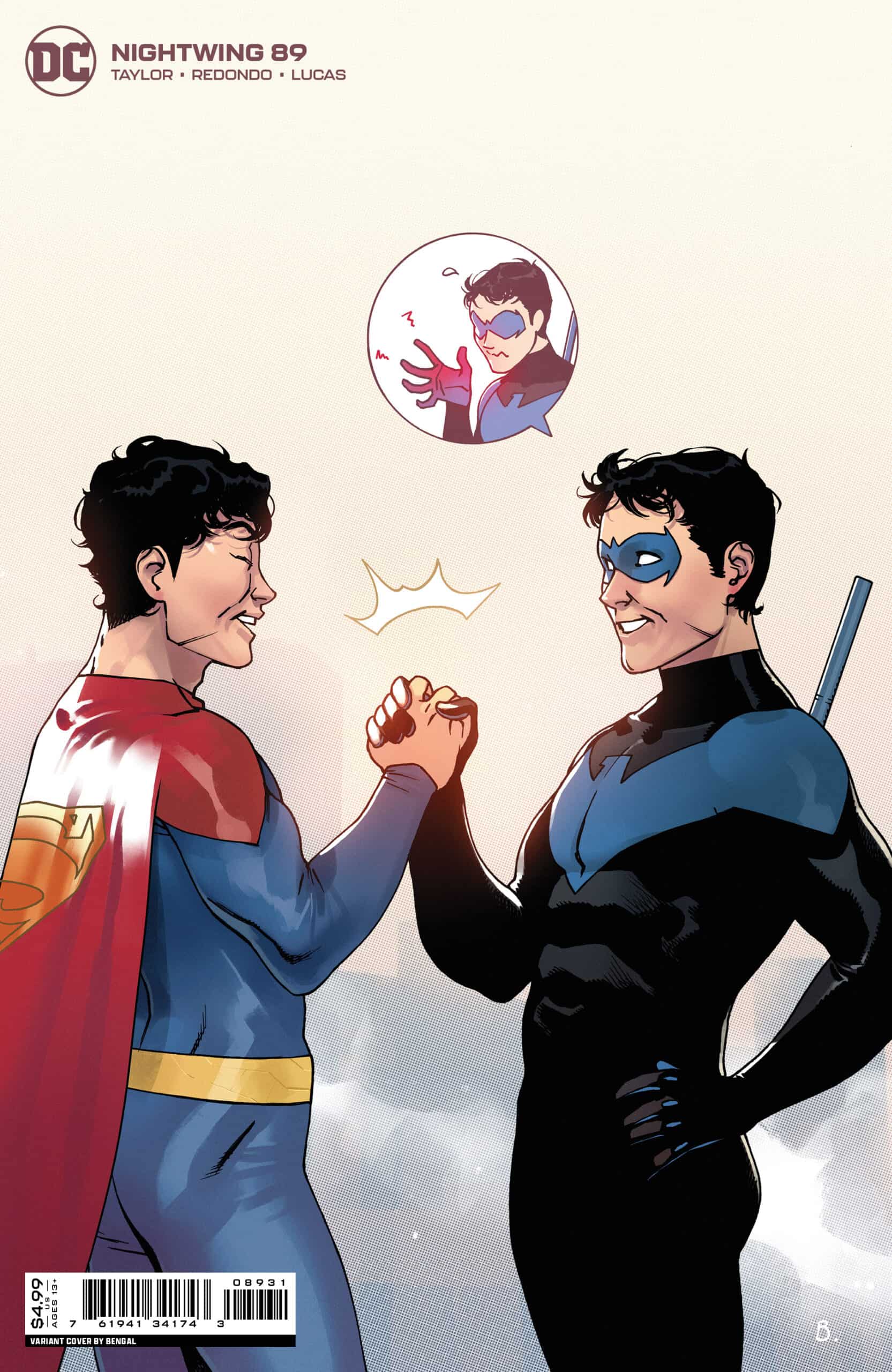 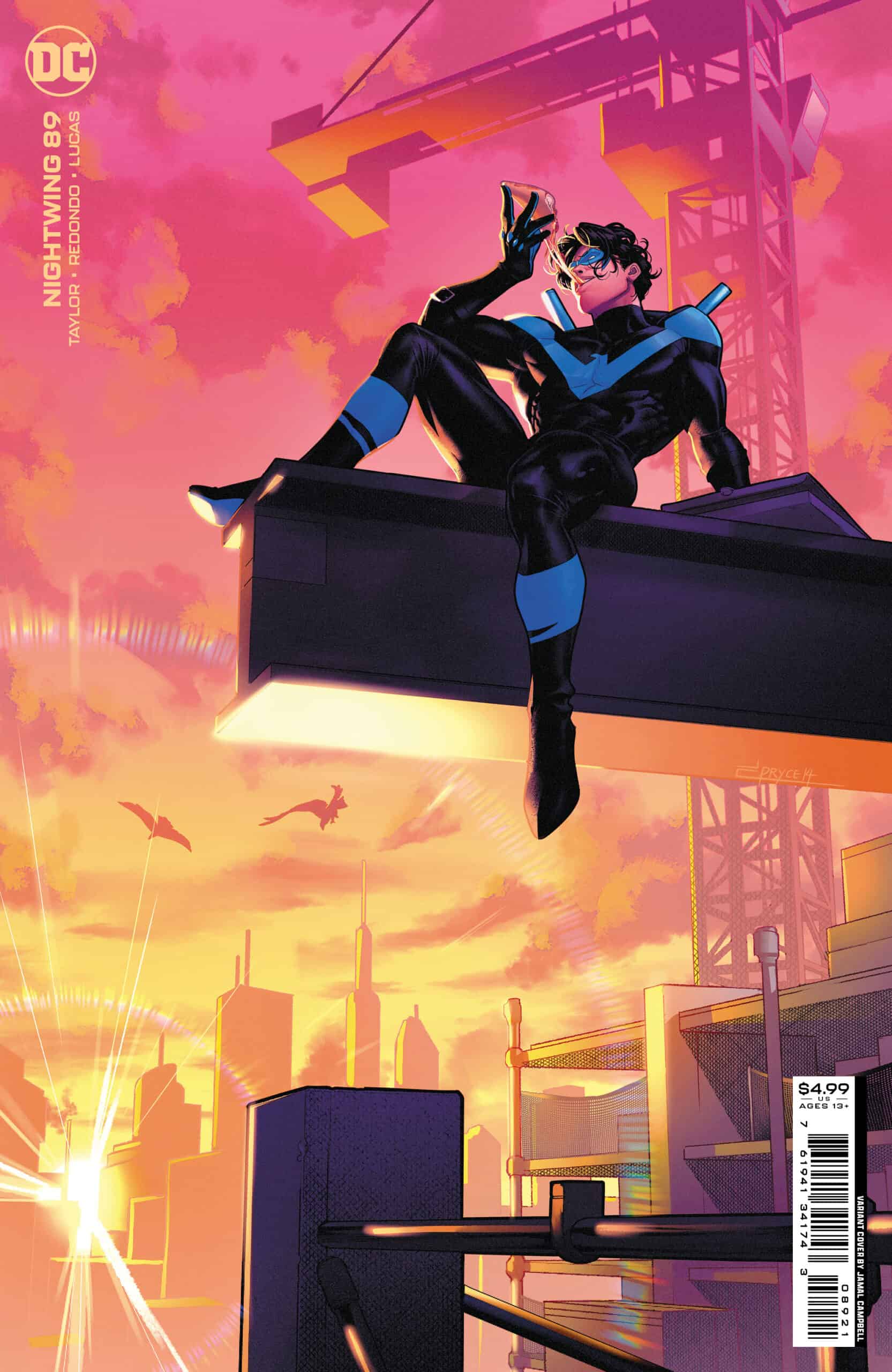 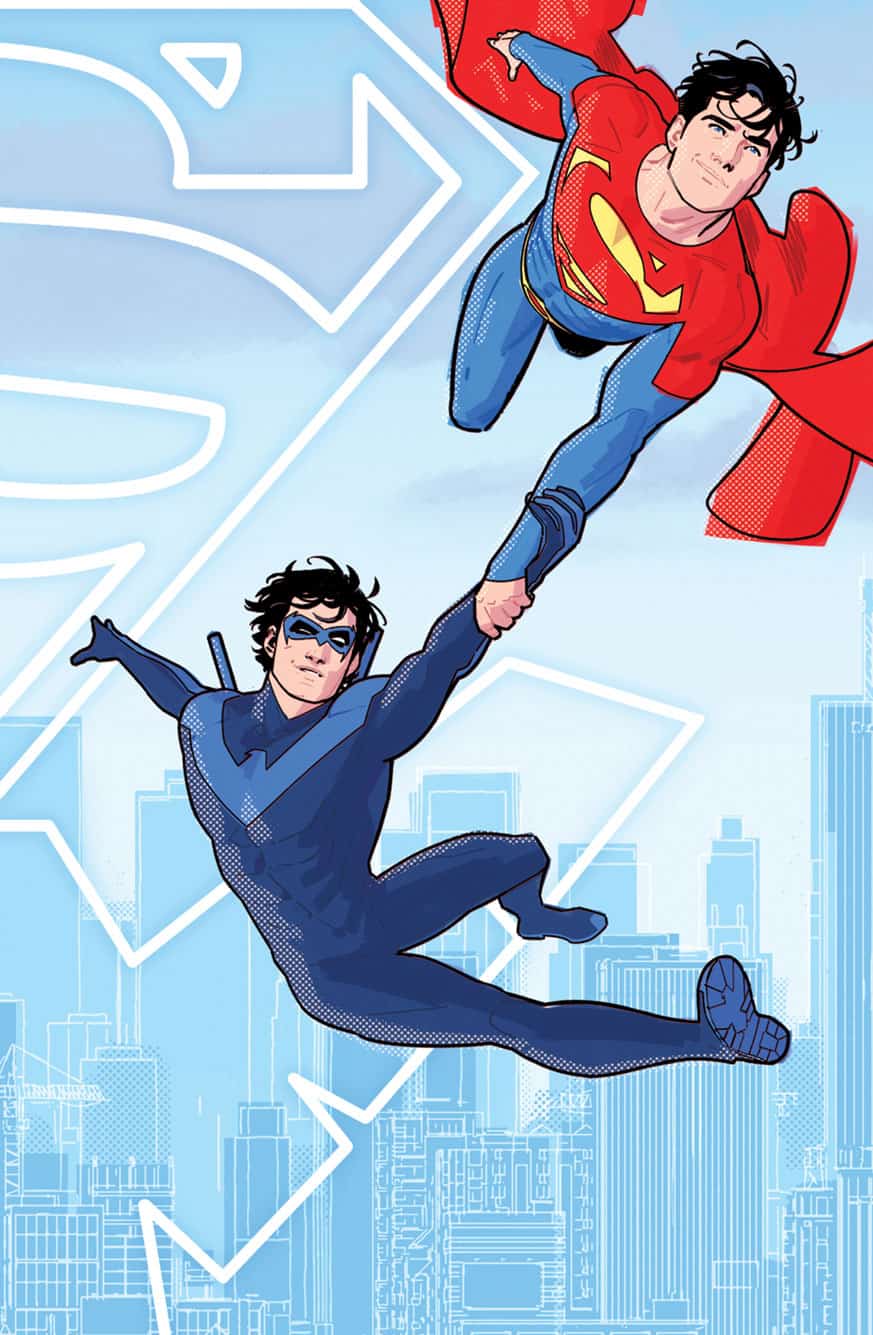 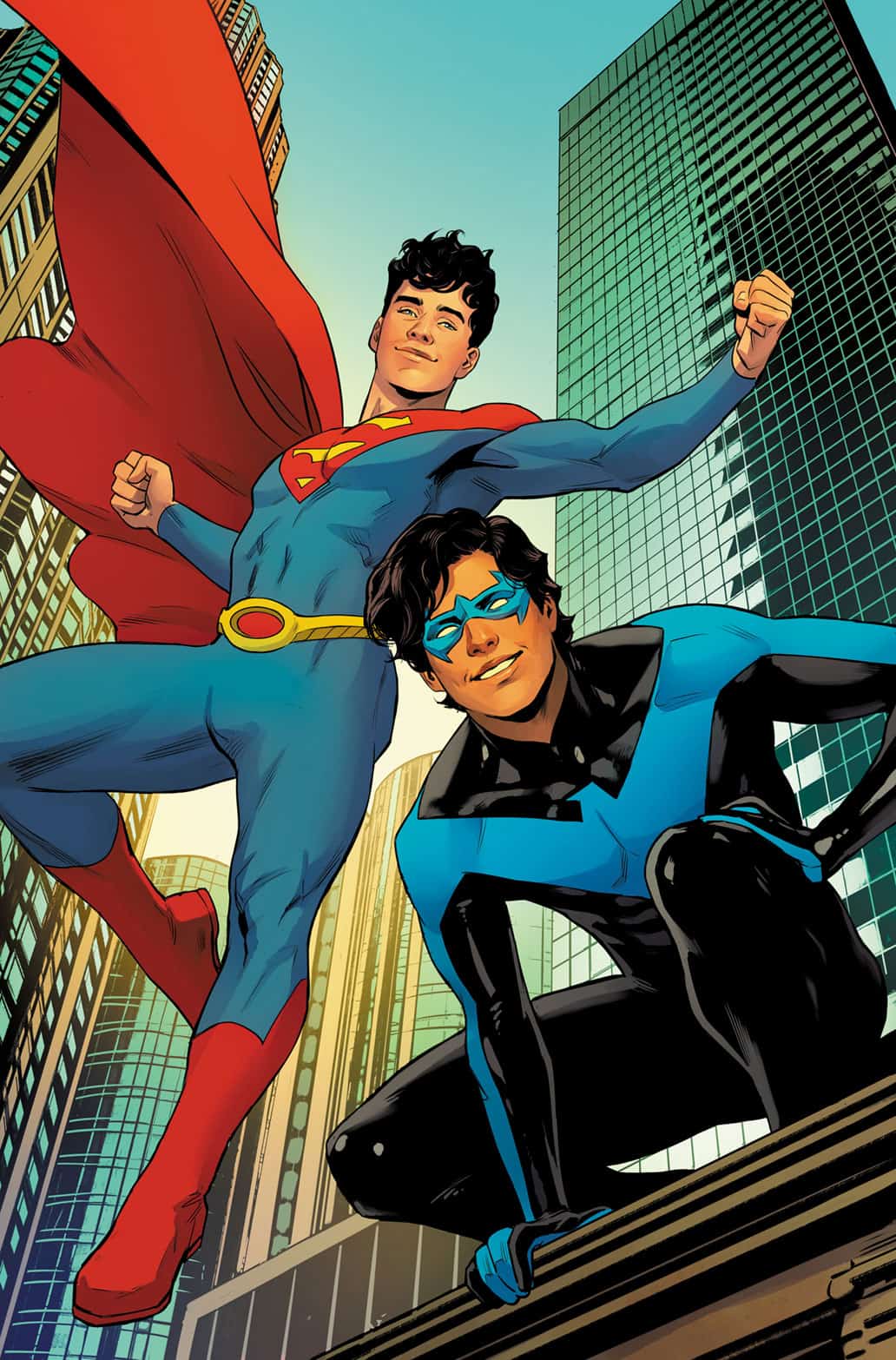