FIRST WATCH: The Avengers will FIGHT AS ONE! 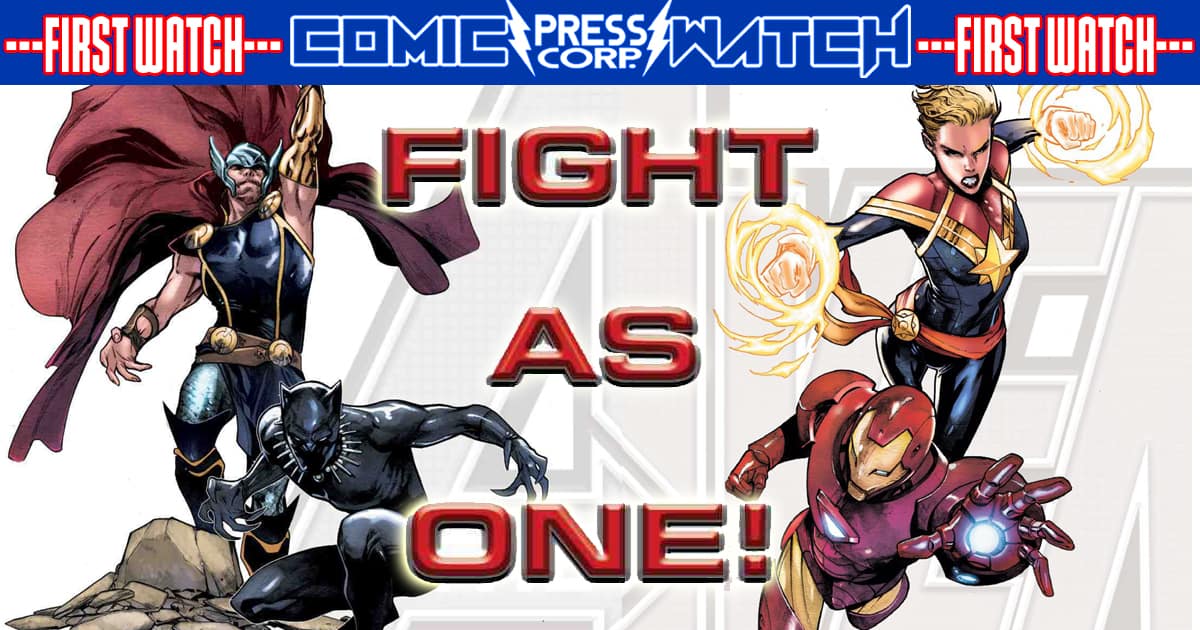 In the wake of NO SURRENDER, a new AVENGERS team will rise, and a brand-new, epic story by Jason Aaron and Ed McGuinness will begin!

This art will be available as special character lithos starting this May, as part of Marvel’s AVENGERS #1 celebration. Retailers can find more information in this week’s Marvel Mailer.

AVENGERS #1 will reunite the powerful Big Three, with Thor, Captain America, and Iron Man joining Captain Marvel, Black Panther, Ghost Rider (Robbie Reyes), Hulk (Jennifer Walters) and Doctor Strange as they fight as one to save the world from one of their most powerful enemies yet. 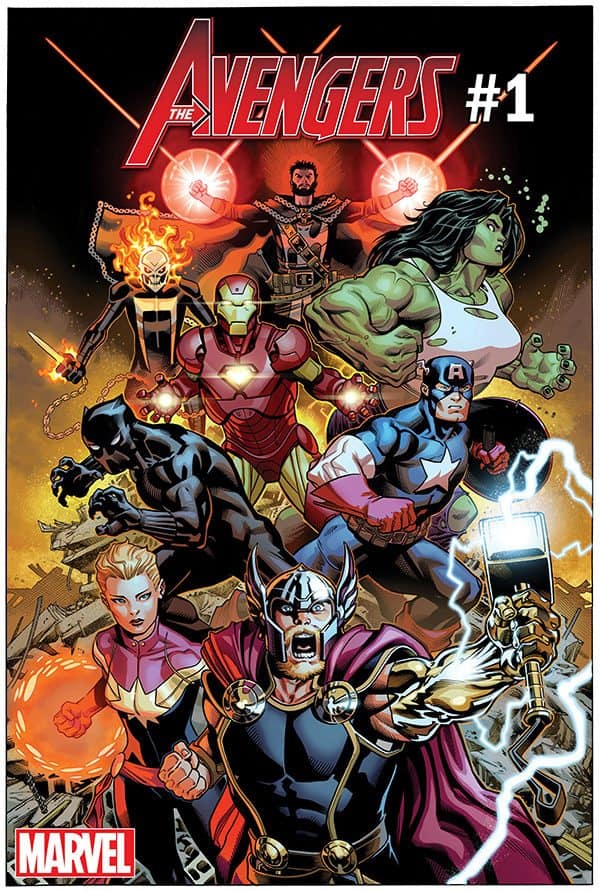