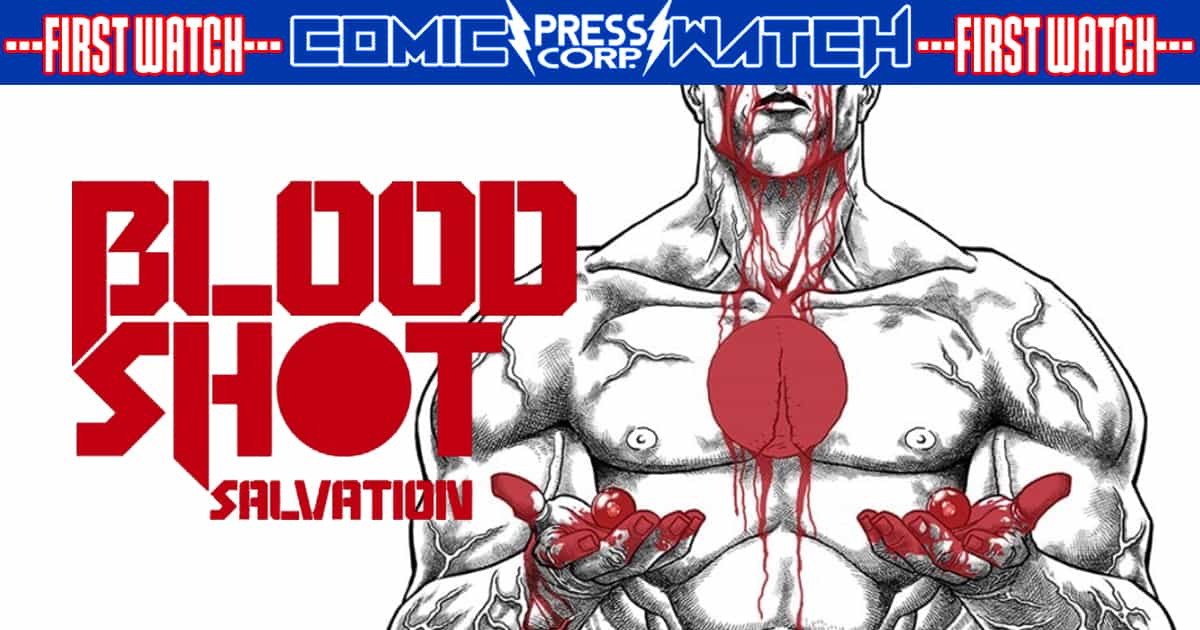 Deployed into the demonic realm called Deadside in search of a cure for his ailing infant daughter, Bloodshot has lost the one sense he needs most to navigate the land of the dead: his sight. Blinded with only his four-legged ally, Bloodhound, to aid him, Ray Garrison must fight onward as one man against the darkness – even as he is beset from all sides by a horde of inhuman entities that crave only death, suffering, and slaughter…

Told in total darkness from Bloodshot’s point of view, “THE BOOK OF THE DEAD” enters uncharted territory with a seminal experiment in storytelling written and staged by Eisner Award-winning visionary Jeff Lemire (Black Hammer, Animal Man)!

If you’ve read Essex County, Underwater Welder, Sweet Tooth, Trillium or any of Jeff Lemire’s seminal works as a writer/illustrator,…..

…then you already know that there a few other creators in comics today capable of challenging the boundaries of the medium to such a compelling degree.

…Which makes it all the more exciting that Lemire is taking the helm of BLOODSHOT SALVATION #7 to tell a story very much unlike anything we’ve seen from his Eisner Award-nominated Bloodshot saga to date.

Written and illustrated by Lemire..along with a special guest appearance by series artist Renato Guedes and ample assistance from letterer Simon Bowland,…

…with a very special issue that will likely be remembered for years to come!

Even if you haven’t picked up an issue of Bloodshot’s adventures before, this is one you won’t want to miss!