BOOM! Studios have announced a new creative team for the brand new story arc starting in BUFFY THE VAMPIRE SLAYER #5. The explosive first chapter of the new story arc for the highly acclaimed comic book series will debut in stores June 5, 2019, in partnership with 20th Century Fox Consumer Products. 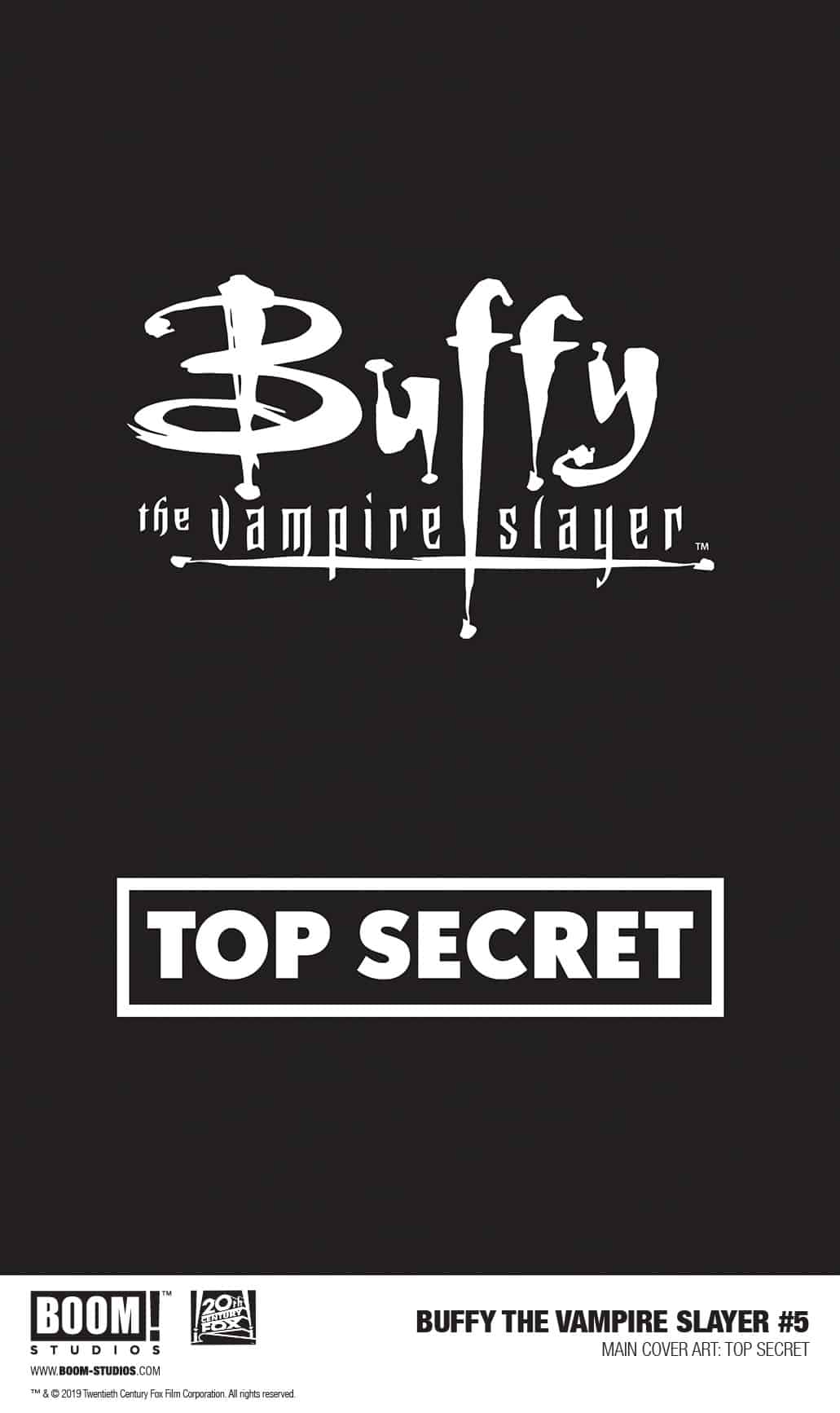 Artist David López joins writer Jordie Bellaire at the start of a brand new story arc after the shocking conclusion of the last issue. The reimagining of Joss Whedon’s groundbreaking series jumps straight into the first chapter of the new story as Buffy and her friends deal with recent shocking events, friends turned foe and enemies who might be allies, along with all the usual high school drama. Buffy’s world has turned upside down, and it’s only a matter of time before something comes along to tip her straight over into the darkness, but will she recognize the danger when it arrives or will it sneak into her life and sow the seeds of chaos from within? 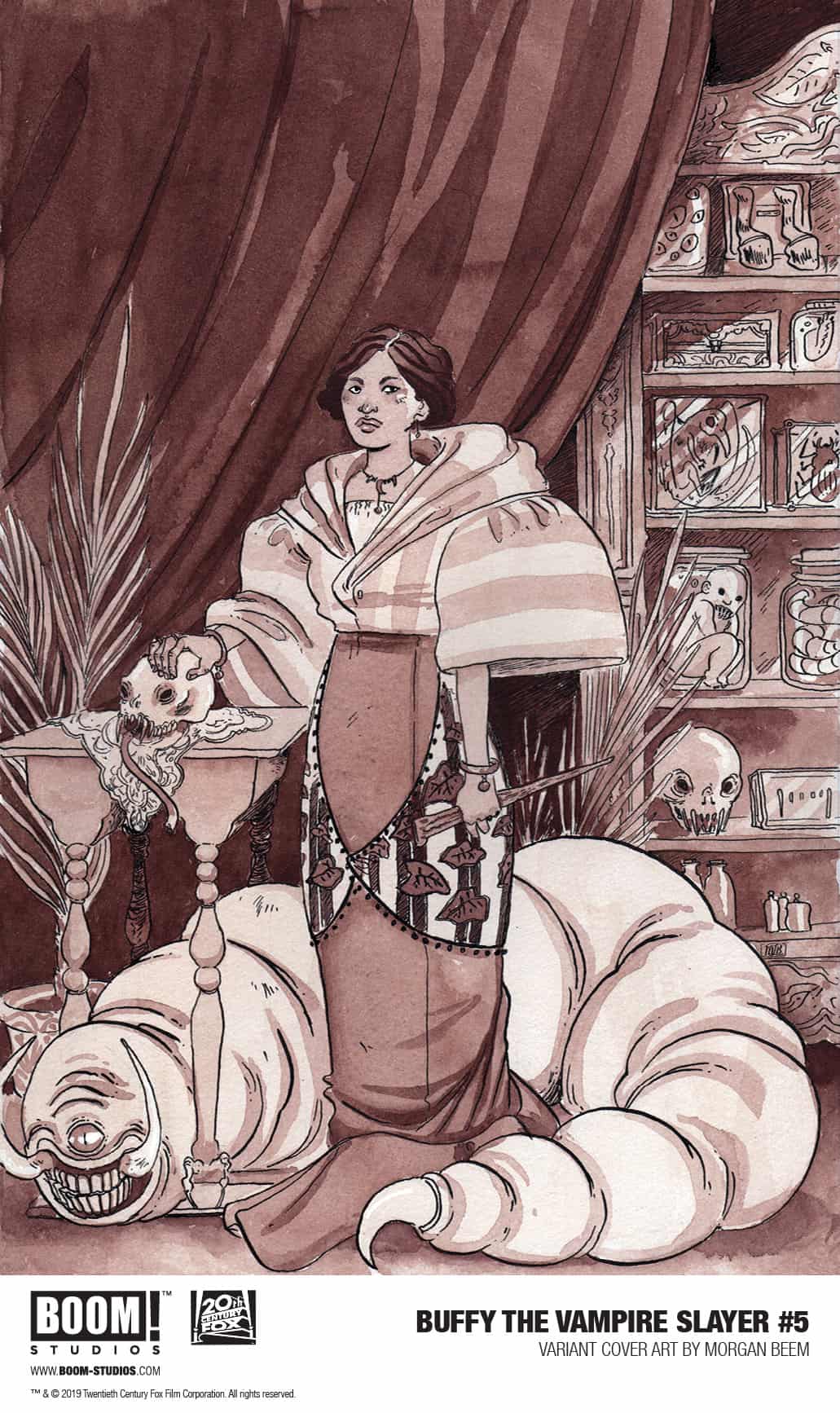 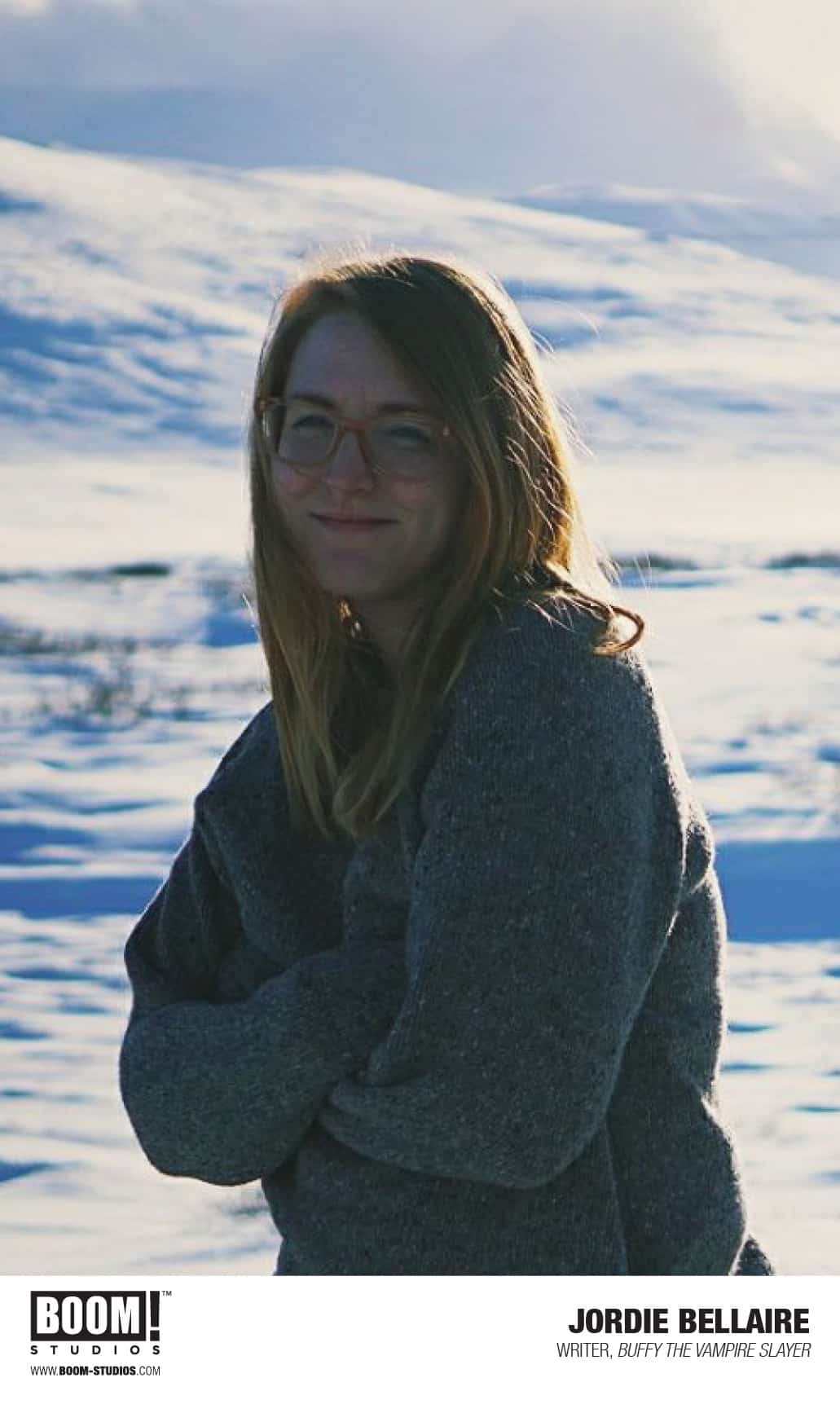 Jordie Bellaire is an Eisner Award-winning colorist best known for her work on Batmanand Hawkeye, as well as for her Eisner-nominated writing debut, Redlands. She has worked as a colorist on countless critically-acclaimed series for publishers Dark Horse, DC Comics, IDW, Image Comics, Marvel Entertainment, and Valiant.

“I am overwhelmed with delight that David López is joining the team. I’m a big fan of David’s work,” said writer, Jordie Bellaire. “He’s an incredibly unique, beautifully cartooned and grounded artist. He’ll be a great fit for Buffy in high school and Buffy in hell – I can’t wait to show readers what we do together!” 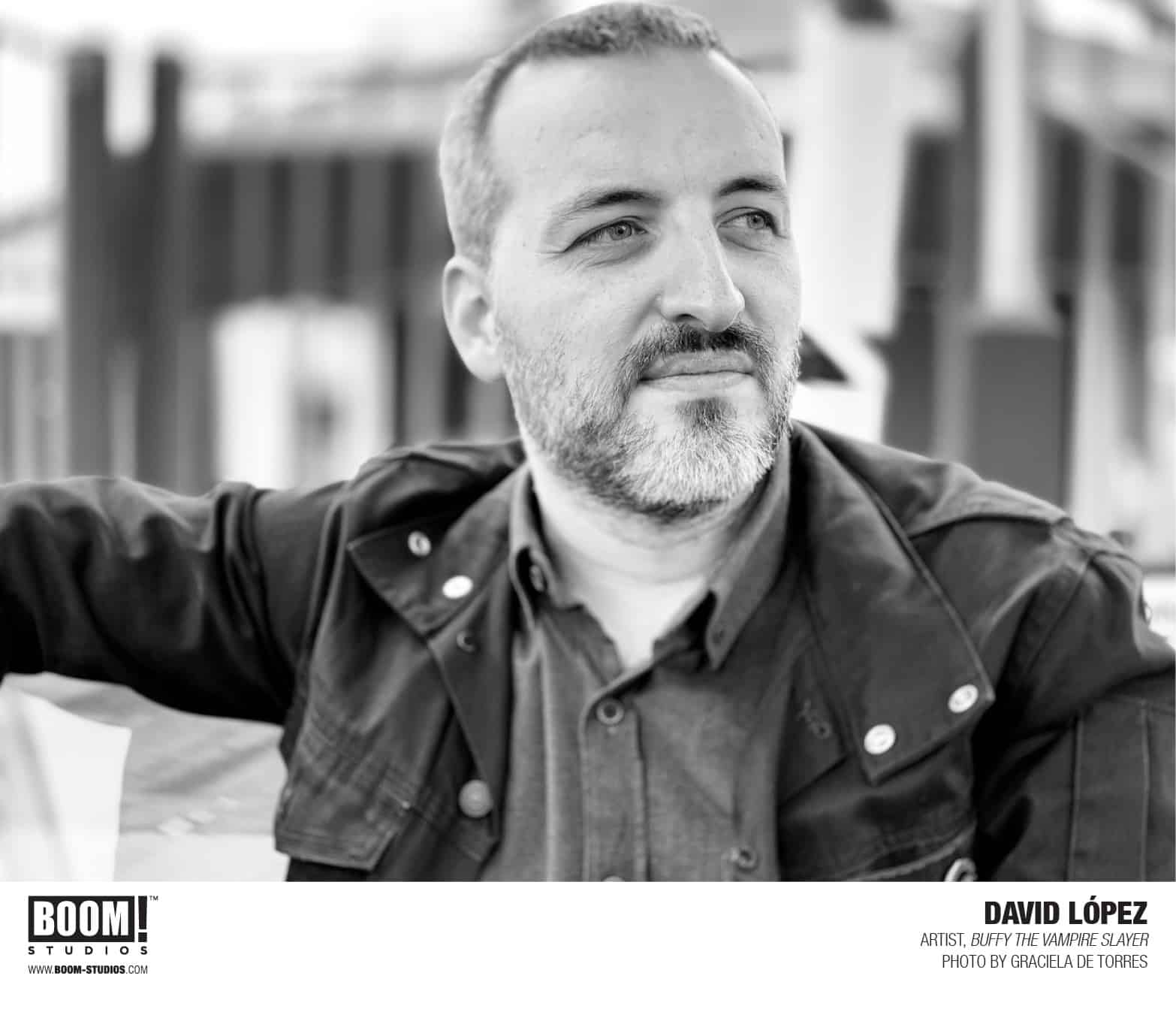 David López is a comics artist who lives in Spain. He began his career with Espiral, a slice-of-life comic book with remarkable success in Spain. Soon after he began working for DC Comics where he co-created Fallen Angel with Peter David. López then became the artist for a 30-issue run of Catwoman. In 2008, he became an artist for Marvel Entertainment’s Captain Marvel, Spider-Man, All New Wolverine, and X-Men among many other series. His work on Mystic with G. Willow Wilson, in 2011, received both Harvey Award and Eisner Award nominations. In 2018, López finished work on his creator-owned series BlackHand IronHead for Panel Syndicate.

“I’ve always felt very attached to Buffy the Vampire Slayer. I remember watching the show while working on my art and comics for years. Now I’m going to be a part of that universe, and that’s magic,” said artist David López.

Buffy The Vampire Slayer premiered on the WB Network on March 10th, 1997. The Emmy and Golden Globe-nominated series, which ran for seven seasons from 1997-2003, stars Sarah Michelle Gellar as “Buffy Summers.” Chosen to battle vampires, demons and other forces of darkness, Buffy is aided by a Watcher who guides and teaches her as she surrounds herself with a circle of friends called the “Scooby Gang.”

“David and I go way back, from Batman to X-Men and a bunch in-between, so I’m incredibly excited to have him join the BUFFY THE VAMPIRE SLAYER team. His dynamism and detail bring something really special to every panel, whether it’s an everyday high school scene or an over-the-top action sequence,” said Jeanine Schaefer, Executive Editor, BOOM! Studios. “Just wait until you see what he brings to Buffy, starting with an explosive first issue of a new story arc that will split up the Scoobies and the fans. Team Slayer and Team Vamp are both in for some major upheaval, leading Buffy to come to grips with her worst fears.”

Print copies of BUFFY THE VAMPIRE SLAYER #5 will be available for sale on June 5,