During the DC/DC Black Label panel at BookCon today in New York, DC announced a new comic book series from their DC Black Label imprint, JOKER/HARLEY: CRIMINAL SANITY, written by #1 New York Times and internationally bestselling author Kami Garcia (co-author of Beautiful Creatures, author of Unbreakable, X-Files: Agents of Chaos) and artists Mike Mayhew (The Star Wars) and Mico Suayan (Bloodshot: Reborn). The nine-issue psychological thriller follows Harley Quinn, the young and brilliant forensic psychiatrist and profiler consulting for the Gotham City Police Department (GCPD), as she pursues a vicious killer terrorizing the city. She has no idea the investigation will bring her face-to-face with the most notorious serial killer in Gotham’s history—the Joker. The series will debut October 2, 2019. 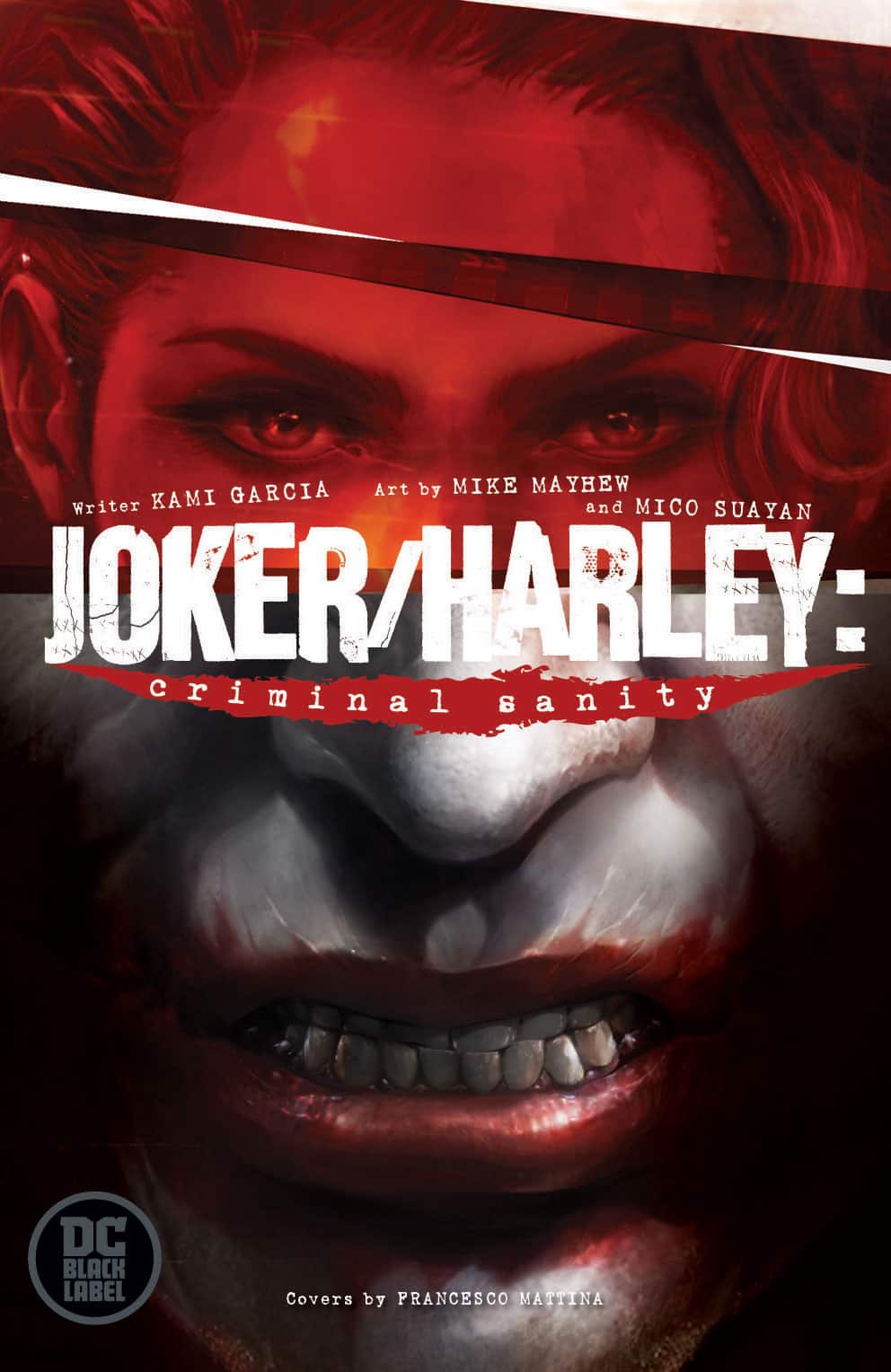 In Gotham City, where heinous acts of violence are a daily occurrence, the GCPD relies on Harley Quinn, a young forensic psychiatrist, and profiler, to consult on their toughest cases. But Harley is haunted by one case in particular—when she found herself at the center of a horrifying crime scene the night she discovered the body of her roommate, left with the signature of a notorious serial killer—the Joker.

When a series of gruesome displays of murder appear throughout the city, the past and present collide as Harley’s obsession with finding the depraved psychopath responsible leads her down a dangerous path. She must decide how far she is willing to go, and what lines she is willing to cross to solve these cases once and for all.

“There is no character more terrifying than the Joker. He is one of the most complex psychopathic killers ever created,” said Garcia. “I wanted to approach the project as if the Joker was a real person—an intelligent and sane psychopath, who kills because he wants to, not because he suffers from delusions. To me, a version of the Joker, who is sane like John Wayne Gacy or Ted Bundy, is more frightening. In the series, Harley is the only character with the skill set and intelligence to hunt the Joker, but the investigation will force her to confront her own inner demons.”

JOKER/HARLEY: CRIMINAL SANITY is the next series to be introduced from DC Black Label, a line of comic books featuring fan-favorite DC characters in standalone, out-of-continuity stories by some of the most revered voices in the comics and literary world.

“When Kami came to us with the idea of profiling one of the most mysterious and dangerous characters in the DC Universe, it felt so new and original,” said DC Publisher Dan DiDio. “Kami, Mico, and Mike are taking great care to ensure that the mystery surrounding the Joker and Harley Quinn remains intact while delivering a story that’s both compelling and haunting. This series is exactly the kind of unique, standalone story that’s perfect for DC Black Label, one we hope will engage both casual and new fans of these characters.”