FIRST WATCH: DC Takes off the cowl on DETECTIVE COMICS #1000

DC is making Bendis’ and Maleev’s new story “I Know” available to read right now, in its entirety for free, on DC Comics by clicking HERE!

“Following in the footsteps of the blockbuster ACTION COMICS #1000, DETECTIVE COMICS #1000 is going to be a must-have for every kind of Batman fan,” said DC Publisher Dan DiDio. “Everyone we asked to be a part of this monumental issue immediately said yes and we can’t wait for fans to get their hands on the comic book.” 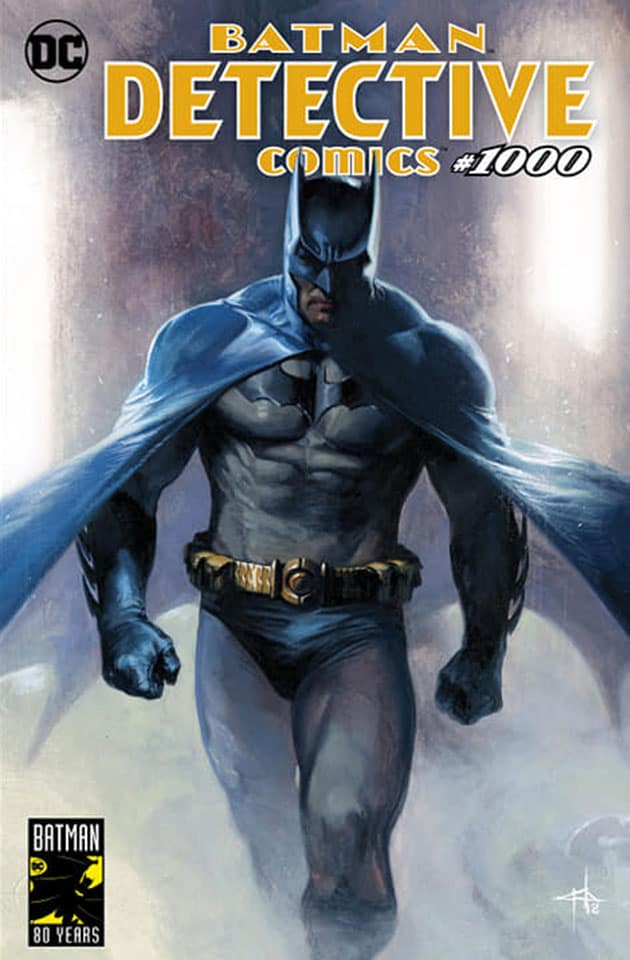 The full lineup of stories, writers and artists to be featured in DETECTIVE COMICS #1000 is:

Appearing in DC’s comic book continuity for the very first time, a new and mysterious version of the Arkham Knight will be debuting in a story that looks at Batman’s encounters with his villains throughout his career through the Arkham Knight’s eyes—but the Knight’s scheme remains to be seen.

One of the most popular talent teams in the history of the Dark Knight delivers a tale in which Batman follows clues around the world, leading him back to his home in Gotham City and to a secret organization that has been keeping tabs on him for years.

“Manufacture for Use,” by Kevin Smith and Jim Lee

The fan-favorite director of Clerks and one of Batman’s most visionary artists present a story that cuts between Batman fighting his greatest villains and his attempts to track down the gun that killed his parents.

The villains of Gotham speak, documentary-style, about that one henchman they each hired who was the absolute WORST at his job, constantly screwing up their plans.

“The Batman’s Design” by Warren Ellis and Becky Cloonan

Warren Ellis pens “The Batman’s Design” with Becky Cloonan, the first woman to draw Batman in the main comic series, in a story of Batman pursuing a pack of technologically enhanced mercenaries into a warehouse, where they think they’ve trapped him.

“Return to Crime Alley” by Denny O’Neil and Steve Epting

A direct sequel to O’Neil’s classic “There Is No Hope in Crime Alley,” from DETECTIVE COMICS #457, in which Leslie Thompkins takes Batman to task for his addiction to violence, which, in her mind, perpetuates the horror that birthed him.

Two of the biggest powerhouse writers and artists in the comic book industry work together on a story featuring Batman helping a young man escape from Ra’s al Ghul’s League of Assassins— who then turned up in Gotham, dead. Batman travels to Tibet with a message for the League.

“I Know” by Brian Michael Bendis and Alex Maleev

The creative team behind SCARLET takes a unique future look at Batman and the Penguin. The Penguin comes to an elderly, wheelchair-bound Batman to tell him of the time that he learned Batman was Bruce Wayne—and to explain why he never did anything with that information. This story is available to read in its entirety on DCComics.com.

“The Last Crime in Gotham” by Geoff Johns and Kelley Jones

Superstar writer Geoff Johns and famed artist Kelley Jones tell a future story where the future family of Batman and Catwoman face off in a battle with the family of The Joker and Harley Quinn.

“The Precedent” by James Tynion IV and Alvaro Martinez

The team of James Tynion IV and Alvaro Martinez return to DETECTIVE COMICS after their highly successful Rebirth run, in a story of the night Bruce Wayne made the decision to bring Dick Grayson into his dark world, ending with the classic candlelight oath. 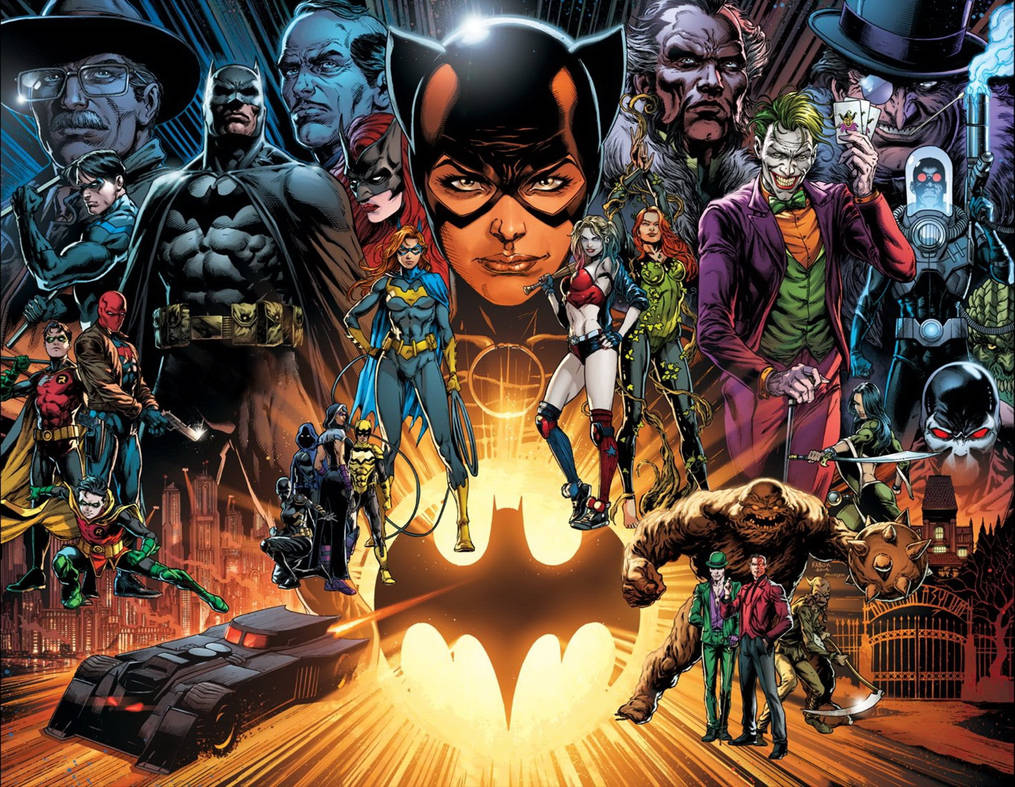 In addition to the above stories, DETECTIVE COMICS #1000 will feature additional art from Mikel Janín and Amanda Conner, as well as a two-page spread from Jason Fabok depicting the current state of the Batman universe and its heroes and villains. 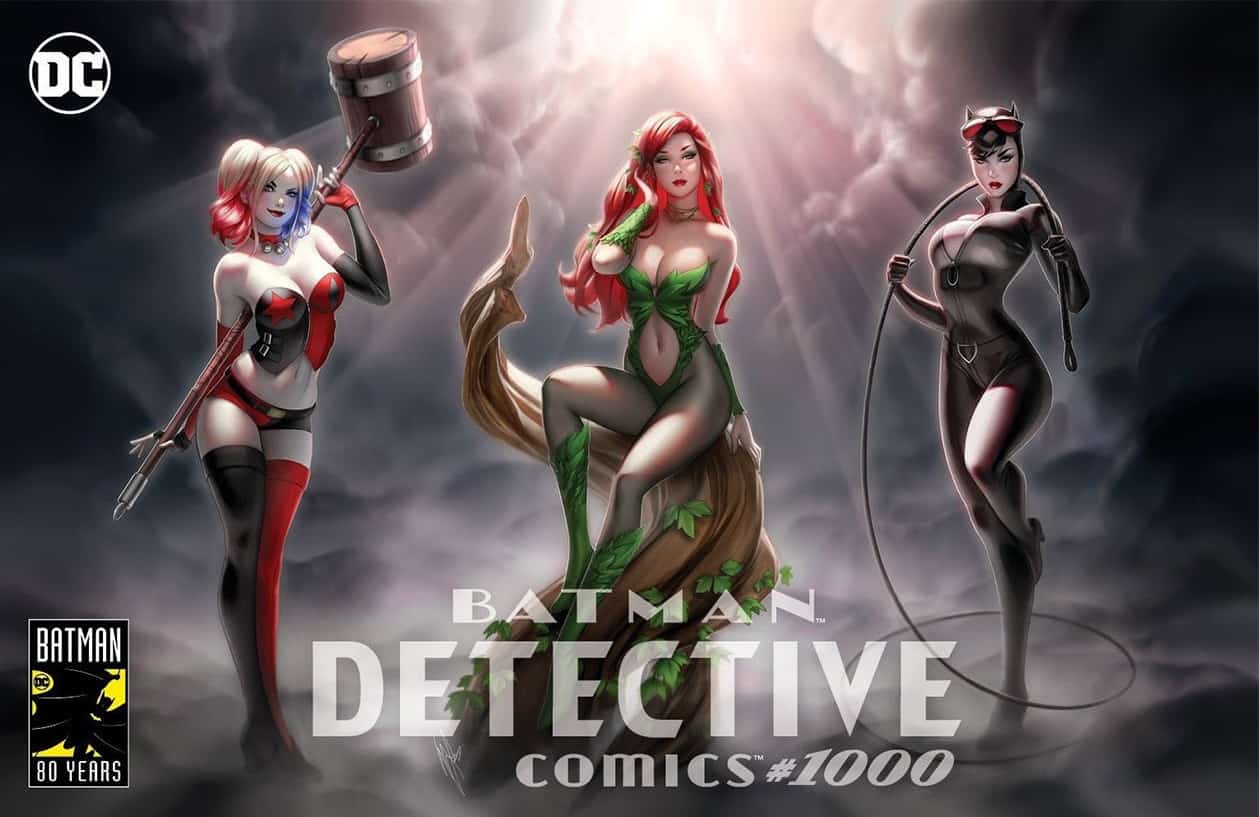 This 96-page oversize collector’s edition issue will be available at comics retailers and digitally on March 27, 2019, for $9.99. Visit www.dccomics.com or the DC YouTube channel for the latest news and updates.

NEWS WATCH: DC Takes off the cowl on DETECTIVE COMICS #1000