Princess Mera is teenage royalty and heir to the throne of Xebel, a penal colony ruled by Atlantis. Her father and the entire kingdom are expecting her to marry and introduce a new king. But Mera is destined to wear a different crown.

When the Xebellian military plots to overthrow Atlantis and break free of its oppressive regime, Mera seizes the opportunity to take control of her own destiny by assassinating Arthur Curry—the long-lost prince and heir to the kingdom of Atlantis. But her mission gets sidetracked when Mera and Arthur unexpectedly fall in love. Will Arthur Curry be the king at Mera’s side, or will he die under her blade as she attempts to free her people from persecution? Mera is forced to choose between following her heart and her mission to kill. 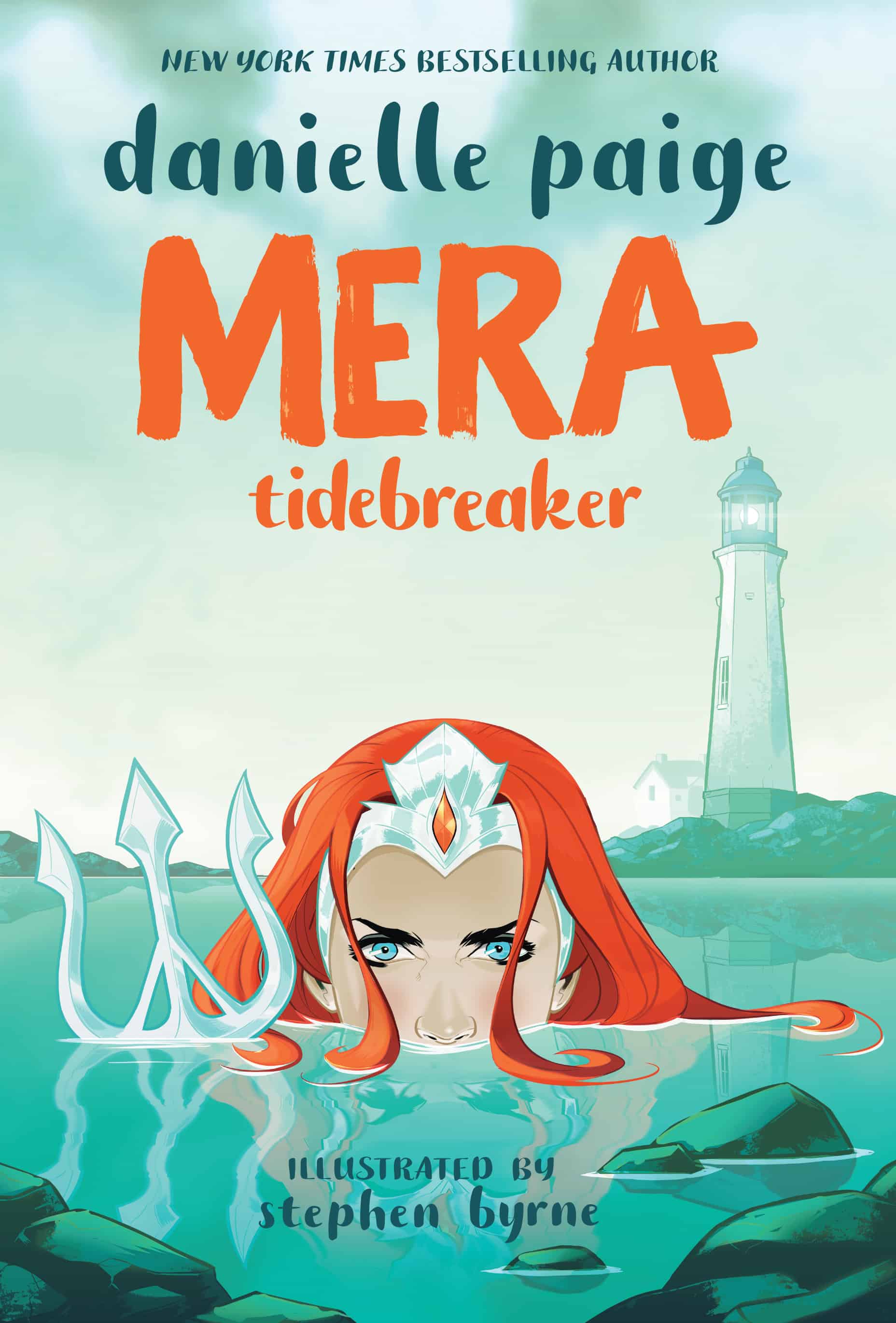 Known for her acclaimed re-imaginations of well-known characters in the bestselling series Dorothy Must Die and Stealing Snow, Danielle Paige brings her signature storytelling to the DC universe in her first graphic novel, transforming one of DC’s most popular characters into a fiery teenager who may look like a princess but is no one’s damsel in distress.

“I am so excited for everyone who doesn’t know Mera to get to know her!” exclaimed Paige. “Mera has her own epic saga which begins long before she meets Aquaman. In Mera: Tidebreaker, we follow Mera from her warrior princess beginnings to her not-so-cute meet with Arthur Curry a.k.a. Aquaman. Mera is poised to kill Arthur, only to find that her mission is complicated by the feelings she begins to develop for the future king. Drawn by the incredible artist Stephen Byrne and beautifully colored by David Calderon, Mera has to choose between duty or love…and possibly stop a war.”

“I am so honored to be a part of the DC Ink line, among a group of insanely talented creators,” said Byrne. “I hope this line exposes a whole new audience to the magic of comic books. Danielle is an incredible collaborator with a unique vision for this character, and she has created a version of Mera and Arthur that I think younger audiences will love.  I also want to say a special thanks to colorist David Calderon for his beautiful color palettes, which really bring this book to life and make it feel unlike anything else out there on the shelves.”

Mera: Tidebreaker is available to preorder now and will hit stores everywhere books are sold on April 2, 2019.