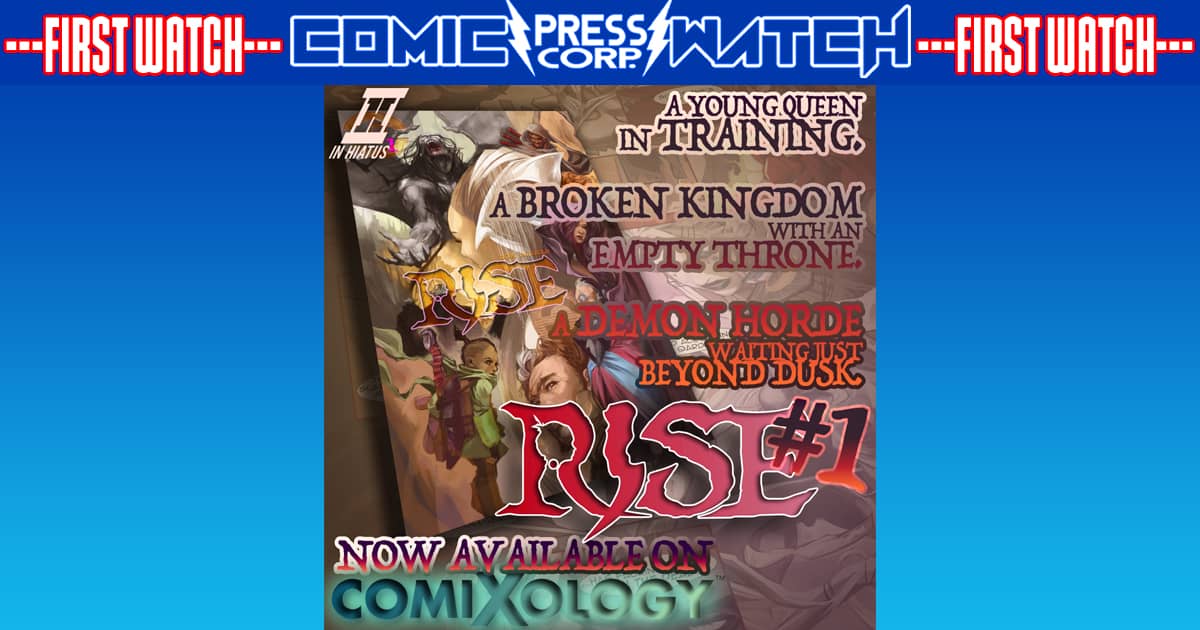 Hot on the heels of selling out of their debut anthology’s first run, Shards: Volume 1, the independent Bay-Area comic publisher In Hiatus Studios is proud to release the premiere issue of Rise, from series creator Don Ellis Aguillo.  Wearing both hats of writer and artist, the classically trained painter-turned-comic-creator is excited to finally get this story down into pages, currently in process to develop and release the subsequent issues for the first arc this year. 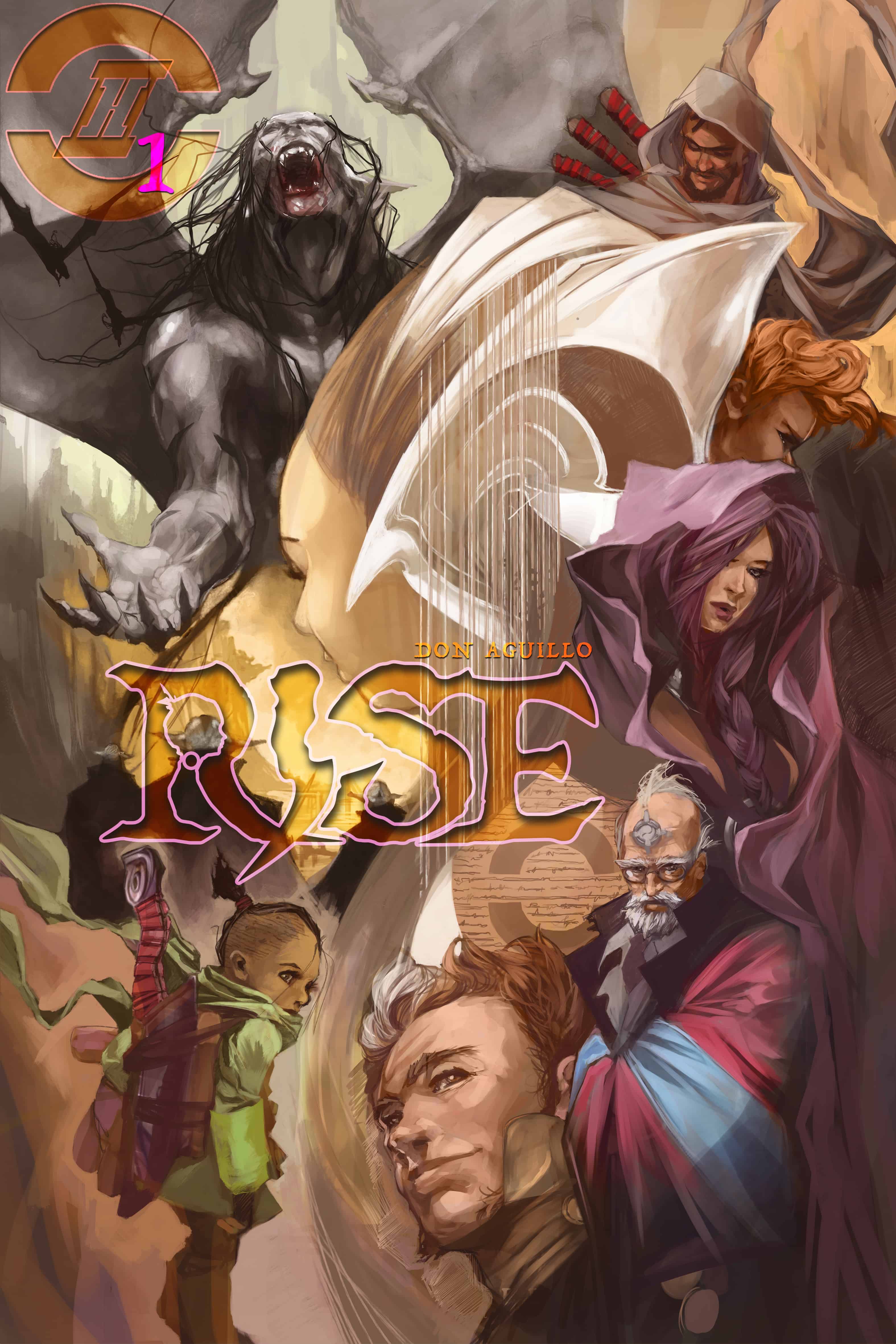 Following the adventures of a reluctant nine-year-old suddenly orphaned by parents who reigned over a distant future city, young Zakaiah “Zak” is handed the kingdom which she must now be trained to rule.  She finds herself surrounded by a group of strangers charged to guide her, each on their own personal paths and troubled by their own personal demons, an already tumultuous start of a long journey for her preparation for the throne, which is plagued by enemies from all sides, sewing their own politics and conjuring demonic plans to usurp or destroy the throne. 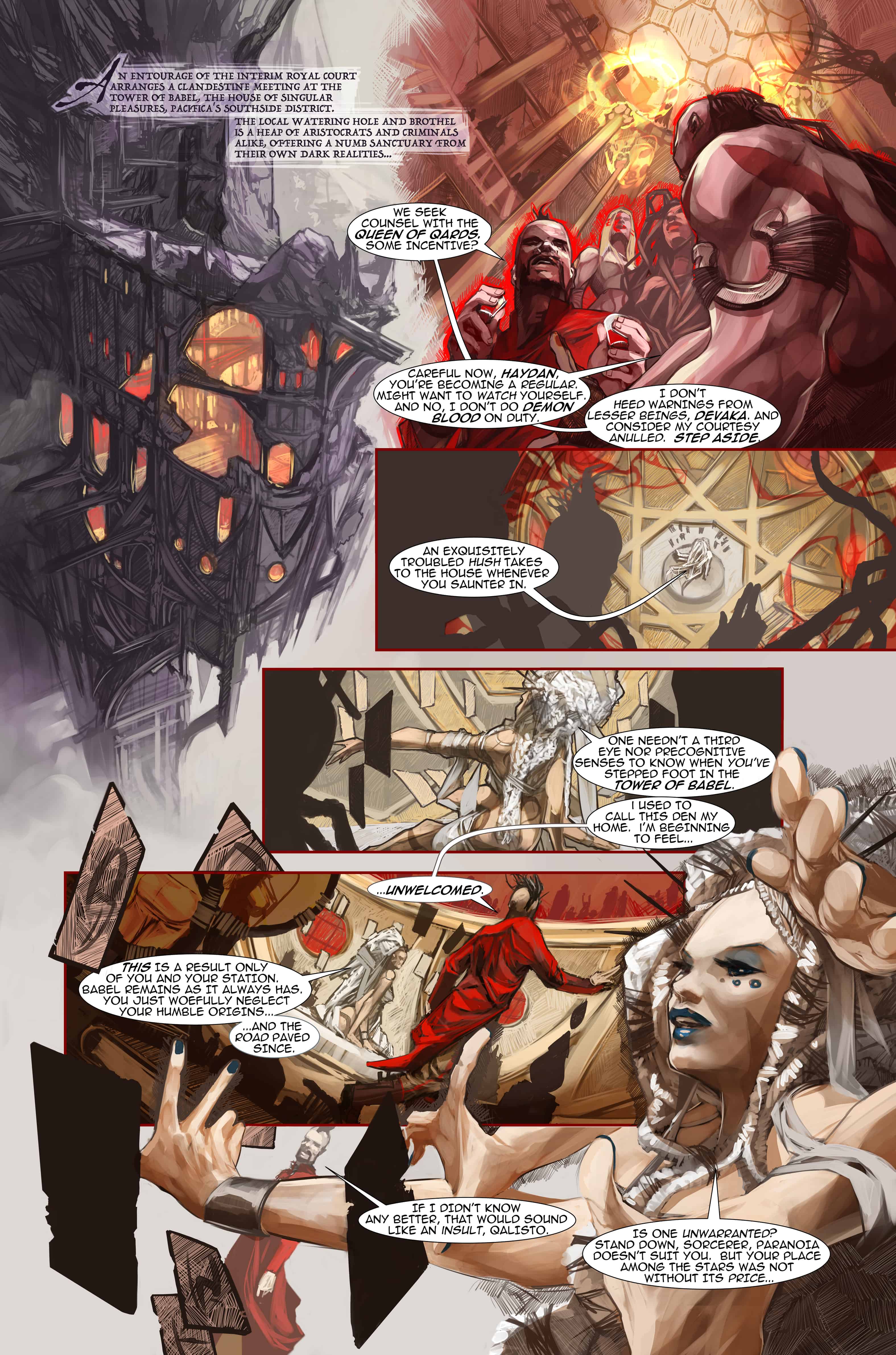 “This is my opus,” states Aguillo, adding “the story in my head that tells all my stories.  I’m a firm believer that every creative work is an autobiography, and this grand idea I have in me is no exception.  It’s about dealing with responsibility before you’re ready for it, about the very fluid idea of family and the weight of that in our lives, it’s about identity and fighting for hope.  Oh, and of course, there’s political intrigue, magic and lots of vampires!”  The premiere will begin a six-issue arc that sees the first phase of the young queen’s journey in her preparation for the Kingdom, each issue planned to be published every three months, slated for a more frequent release as the year progresses, digital-first, through the Amazon company, Comixology, with a slated print-run dependent on reception and availability at cons. 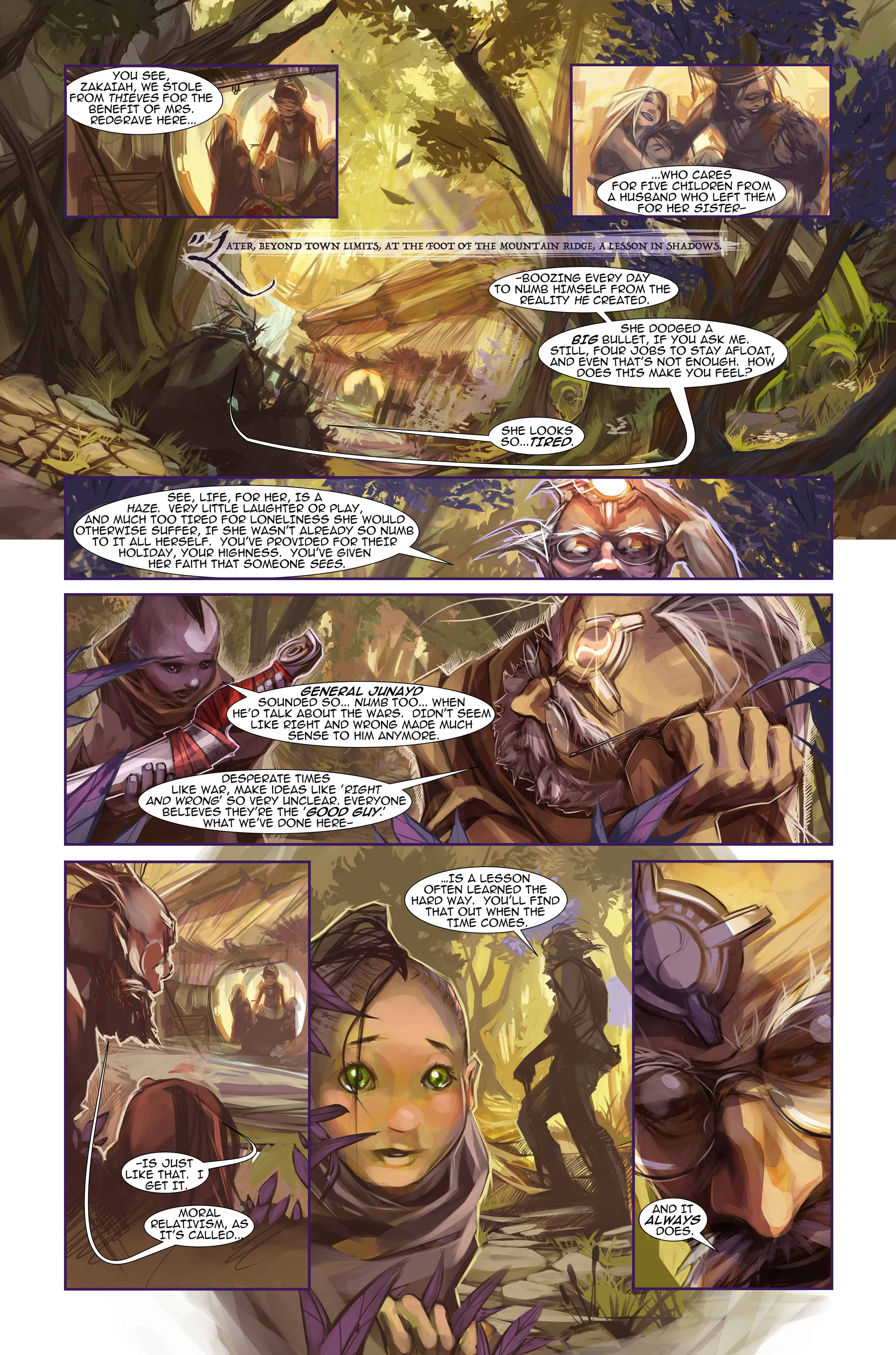 “It’s been really exciting getting our book out through the comic con system, both close to home and further afield,” he adds, “and the first issue of Rise leads the releases of the first six flagship titles under the In Hiatus banner.”  The studio’s information can be found at In Hiatus Studios, which also boasts free downloads of the primers for each series published through them, a short supplemental book with in-depth behind the scenes commentary and concept art from the development of each of the series.  The first issue of Rise also follows the story that began in the pages of Shards: Volume 1, effectively a prequel to the series, also available on Comixology (search: In Hiatus Studios). 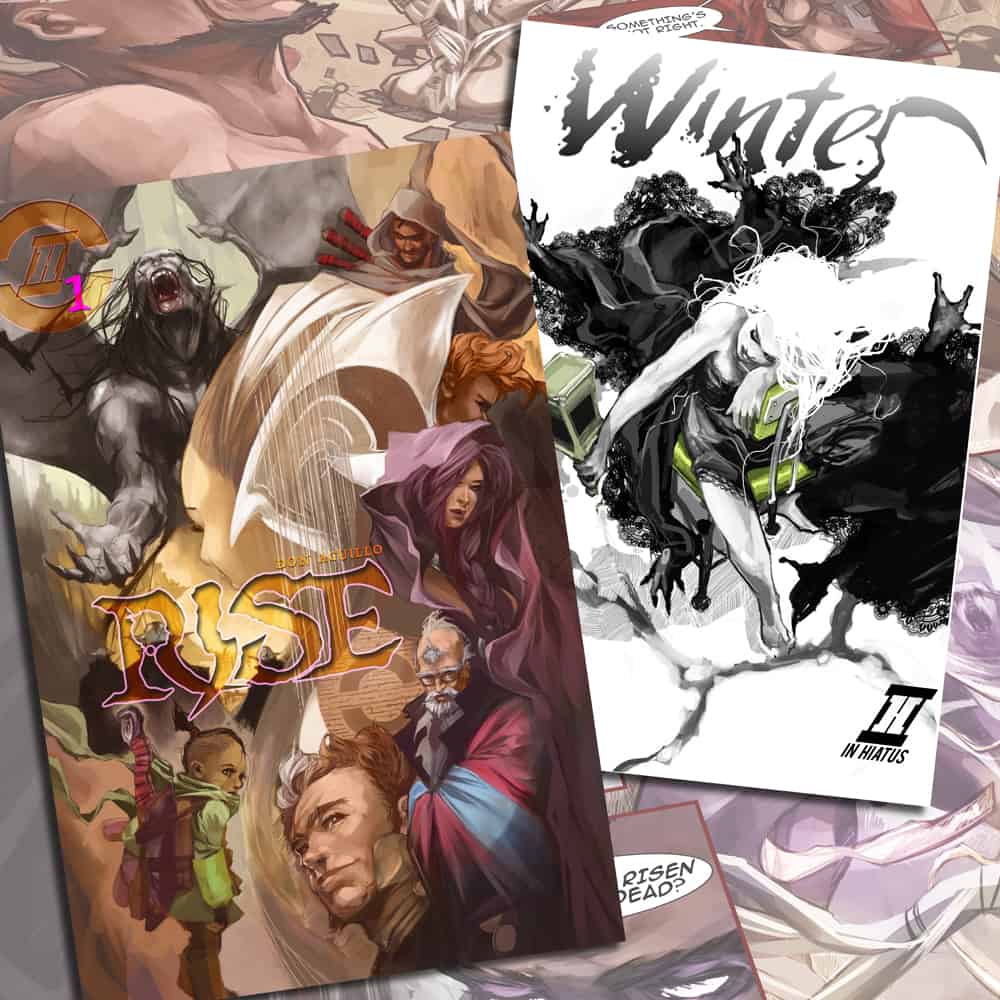 Grab a digital copy today and follow the chronicles of Queen Zak and her mysterious entourage on a brand new, original adventure!